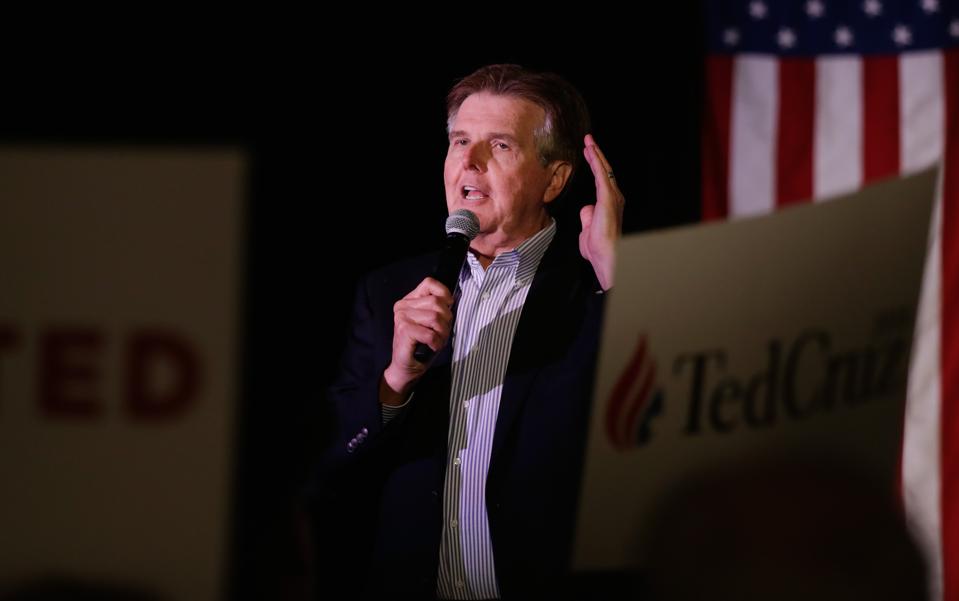 Topline: Dan Patrick, the Lieutenant Governor of Texas, has suggested that he and “lots of grandparents” would be willing to risk death from coronavirus in order to prevent the U.S. economy from tanking under the weight of social distancing measures that he fears will impact his grandchildren and lead to the “loss” of America.

Tangent: At least 14 lawmakers have tested positive for coronavirus to date, while dozens have self-isolated after coming into contact with someone who later tested positive.

Big number: 158 million. That’s how many Americans have been ordered to stay home across 16 states, including California, New York and Washington. Over the weekend, the U.S. became the third-worst affected country after China and Italy, with at least 46,000 confirmed cases of COVID-19 to date.

Key background: Several U.S. states have now enforced restrictions on movements and social gatherings with people told to stay at home, while non-essential businesses have been ordered to close. The state-by-state response follows what some governors have criticised as a lack of federal action to shut down activity in order to contain the spread of COVID-19.

The economic impact of COVID-19 has caused markets around the world to record some of the most volatile movements in recent memory, as life as we know it continues to be severely disrupted.

Additional info: Some of the worst-hit countries across Europe—Italy, Spain, France—have enforced lockdowns nationwide, meaning people can only leave their homes to get food and essential goods, or travel to work if they absolutely must. Britain on Monday ramped up restrictions on movement after images emerged of public spaces packed across the U.K. over the weekend.

How To Expand A Business Internationally Without Compromising Your Core Model