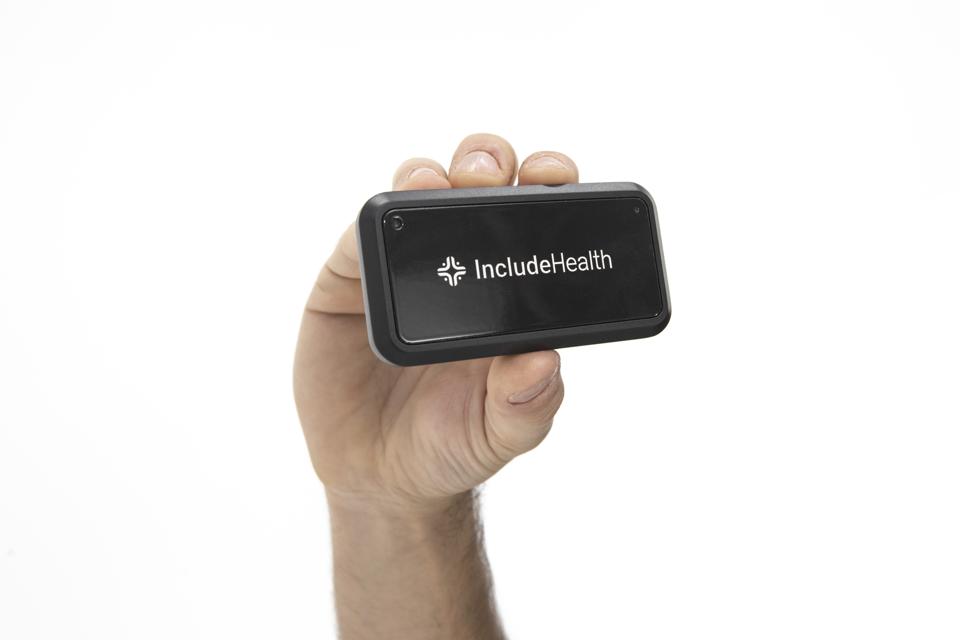 In a video introducing its latest product, IncludeHealth introduces us to Dawn, a physical therapist juggling multiple clients as they perform various exercises on weight and cardio machines. Dawn is limited in her ability to collect data – manual observations and records only capture so much – and it’s impossible to track everyone simultaneously.

But, the company says, there’s a new product to change that. “IncludeConnect,” which will debut this week, “breathes digital life into existing equipment,” founder and CEO Ryan Eder said. Sensors, paired with cloud-connected tablets, give Dawn next-generation capabilities to connect, measure and automate care and training.

It’s a key launch for the Ohio-based startup and builds on its current product portfolio: The Access Strength, an all-inclusive exercise machine that IncludeHealth is now renaming IncludeStrength; and the IncludeCloud, a medical-grade, HIPAA-compliant cloud infrastructure that allows users to develop online protocols, provide autonomous instruction, collect data and provide analytics during a workout, which can all be accessed on any tablet or computer.

SEE MORE: IncludeHealth Is On A Mission To Make Fitness Accessible For All

It accelerates the company’s growth and sets the stage for future expansion, Eder said.

It could serve as a case study for building a localized supply chain. Eder was able to pilot IncludeConnect quickly – the company was able to design, develop and deploy IncludeConnect in just three months – because IncludeHealth had already established a deep Midwest-based base of injection molders, steel fabricators and more, all within reach.

“Without that foundation, IncludeConnect doesn’t exist, or it takes a lot longer to create,” he said.

It’s also a success story about observing a problem, listening to customers and delivering a solution to meet it. 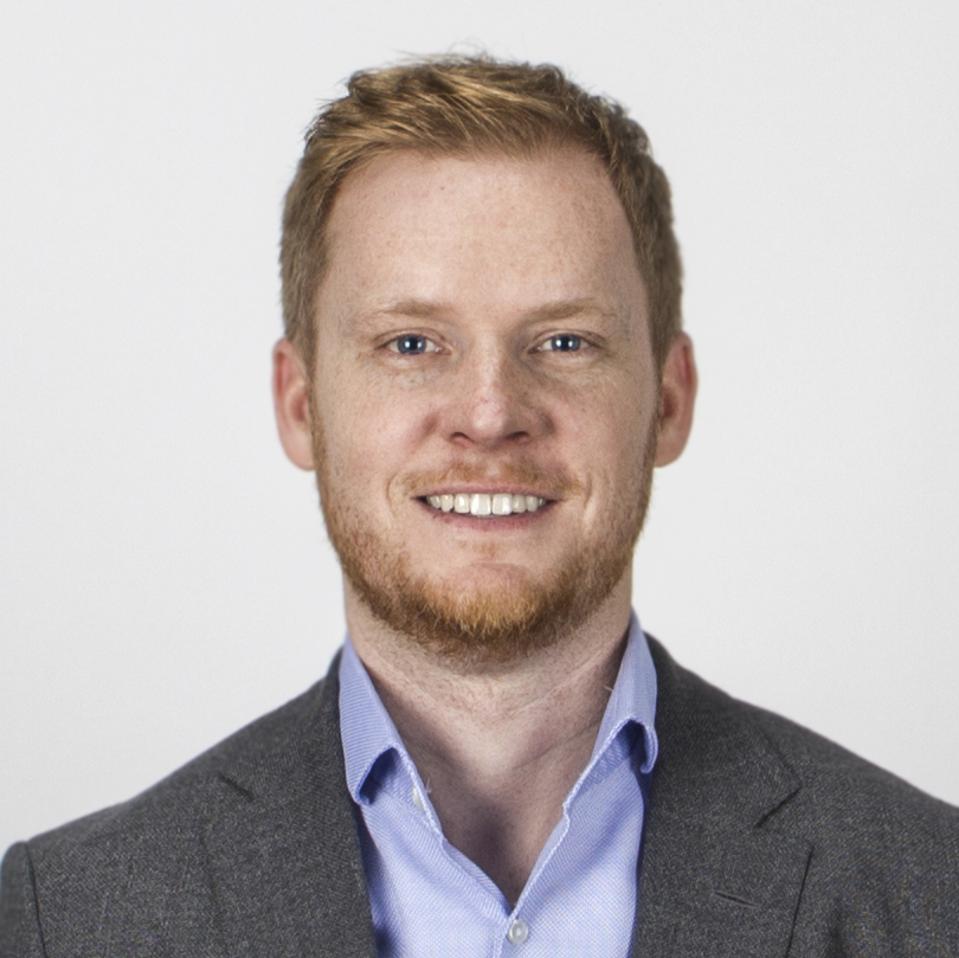 “Everybody was really excited about [IncludeStrength’s] potential and application, and then we had a lot of interest in the capabilities of our software, but people said, ‘For this to really make an impact, for this to operationally move the needle, we need this to live on everything,’” he said. “If you look at any PT clinic or training facility, there’s multiple pieces of equipment. You never deliver care on just one piece of equipment. But it’s not realistic for us to make all new equipment nor expect people to completely swap out their floor. The ideal scenario is that we enable our software to live on all these machines, regardless of manufacturer, regardless of type, and really have an agnostic, connected platform. That’s when we started to think through what ultimately became IncludeConnect.”

Overall, the end solution is fairly simple, he said. IncludeHealth built a palm-sized, discrete, battery-powered sensor, which has a collection of sensors inside it, to collect data. It attaches to any piece of equipment – be it strength or cardio – and pairs to an iPad or tablet.

At a battery-powered kiosk, users can log in, pull up their profile and access their specific workout. The kiosk independently guides them through. IncludeConnect can also integrate wearables and provide information like live heart rate monitoring.

“It tells you the exercise, the position to put the equipment in, if there’s a resistance, here’s the resistance level, and as you’re performing these exercises, it’s collecting the same data that the IncludeStrength would collect: force profiles, velocity, whether you’re doing the right range of motion,” Eder said. “We’re able to collect all that data and send it back up the cloud, and offer the same capabilities of creating a report for your entire session and track how well you’ve been performing over a week, a month or a year.”

For the past year, IncludeHealth has been piloting IncludeConnect at Mercy Health in Cincinnati, and at HealthPartners/Regions Hospital in St. Paul, Minnesota, respectively, in its Neuroscience Center. Feedback from both parties has been strong, Eder said, and both are exploring broader applications of IncludeConnect within their respective systems – and beyond. 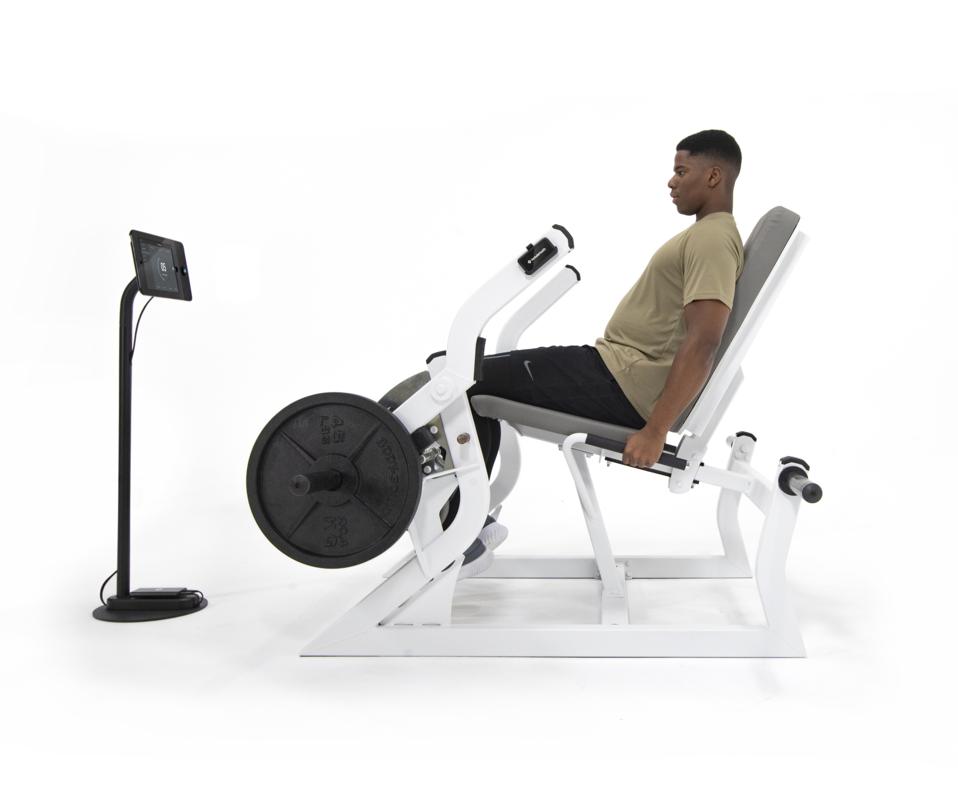 “It’s definitely a change in the traditional approach to treatment,” said Michael McCormack Jr., regional director of Rehabilitation Services for Mercy Health-Cincinnati. He said Mercy has seen improvements in areas like efficiencies and patient performance in its orthopedics clinic.

“This really expands a therapists’ ability to monitor and get a great deal more measurements than a traditional piece of exercise equipment. It also promotes patient autonomy with exercise,” McCormack said. “It’s also about, how can we control cost – so patients are still getting the best care at a lower cost? The restrictions, from payers and patient access, is getting tighter every year. You used to have this unlimited ability to see people based on their needs, but now we’re in the process of, ‘You only have 12 visits. This is it for the year.’ So how do you get the same end result?

“The goal is not just to reduce the pain but get back to golf, walking, playing with the grandkids, or, if it’s a high school athlete, to get back on the field after a knee injury. Right now, the therapist can have the program ready, and our staff can keep an eye on the patient, but they don’t have to stand with them the entire time, because of the feedback the platform’s giving them,” he said. “That’s allowing our therapists to spend time with the patients that really need their manual skills. Even if it gives them a couple extra minutes during the course of a day, you enhance the care of both groups.” 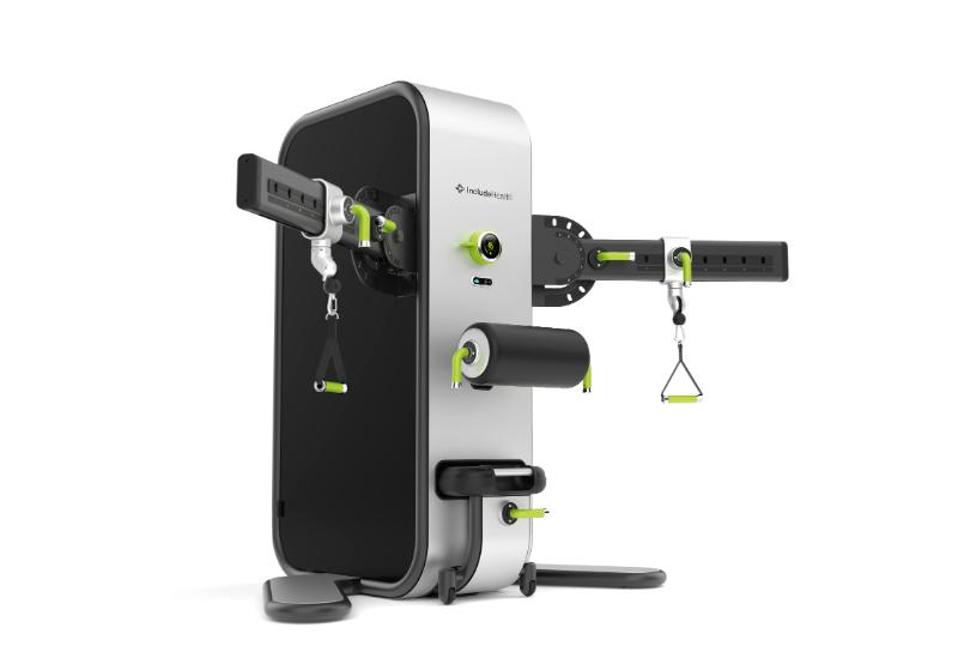 Regions initially helped pilot the IncludeStrength. Regions has been testing IncludeConnect on its lower extremity machines, like its leg press and leg curl.

While the Neuroscience Center serves patients with spinal cord injuries, traumatic brain injury or stroke, or those with neurodegenerative diseases like Parkinson’s, MS and Lou Gehrig’s, Farrell sees further applications with dementia patients and is exploring a grant that could help with those next steps. HealthPartners has 90-plus clinics and hospitals throughout Minnesota and western Wisconsin.

“So much of their life, they [those with dementia] need a caregiver, and if we can use technology to guide them, and allow them to be more independent…we’re really interested in that,” she said. “Ryan and his team are so creative at a high level, and it’s going to be fun to see where it goes.”

IncludeHealth will formally debut IncludeConnect this week at the American Physical Therapy Association Combined Sessions Meeting, Feb. 12-15, in Denver, Colorado. That puts IncludeConnect in front of 13,000-plus attendees, including physical therapists and administrators from 30 countries.

“It’s important when someone sees new technology, that they can touch it, feel it, experience it,” Eder said.

“That’s the true north of why we’re here. And we’re finally ready to share it with everyone.”

He called it the company’s next generation. IncludeConnect is essentially applicable anywhere there’s measurable health or wellness, from a performance facility to orthopedics, neuroscience, cardiology, assisted living, pediatrics, commercial fitness and more. Not only can it digitize one floor, but multiple floors. It’s cloud-based, so the technology can be utilized at multiple facilities, too – like when a patient transitions from inpatient to outpatient. These protocols can follow.

“This opens up the next chapter for Include,” said Eder, who first got the idea for IncludeHealth during his senior year of college in 2006. “We’ve had multiple chapters over our journey. But this really opened people’s eyes to our vision and what this technology can do, and it’s started a lot of fantastic conversations about how it can really fundamentally change the way we deliver care and training. It really breaks down the barriers and vastly accelerates our ability to impact others and impact musculoskeletal care and training. That’s the true north of why we’re here. And we’re finally ready to share it with everyone.”

Netflix’s ‘Locke And Key’ Is A Surprisingly Unique, Enjoyable Mystery

People In Western Cultures Are More Likely To...

How Smart Cities Are Protecting Against Coronavirus But...