The 19th: A Revolutionary Non-Partisan News Site For Women, Made By Women 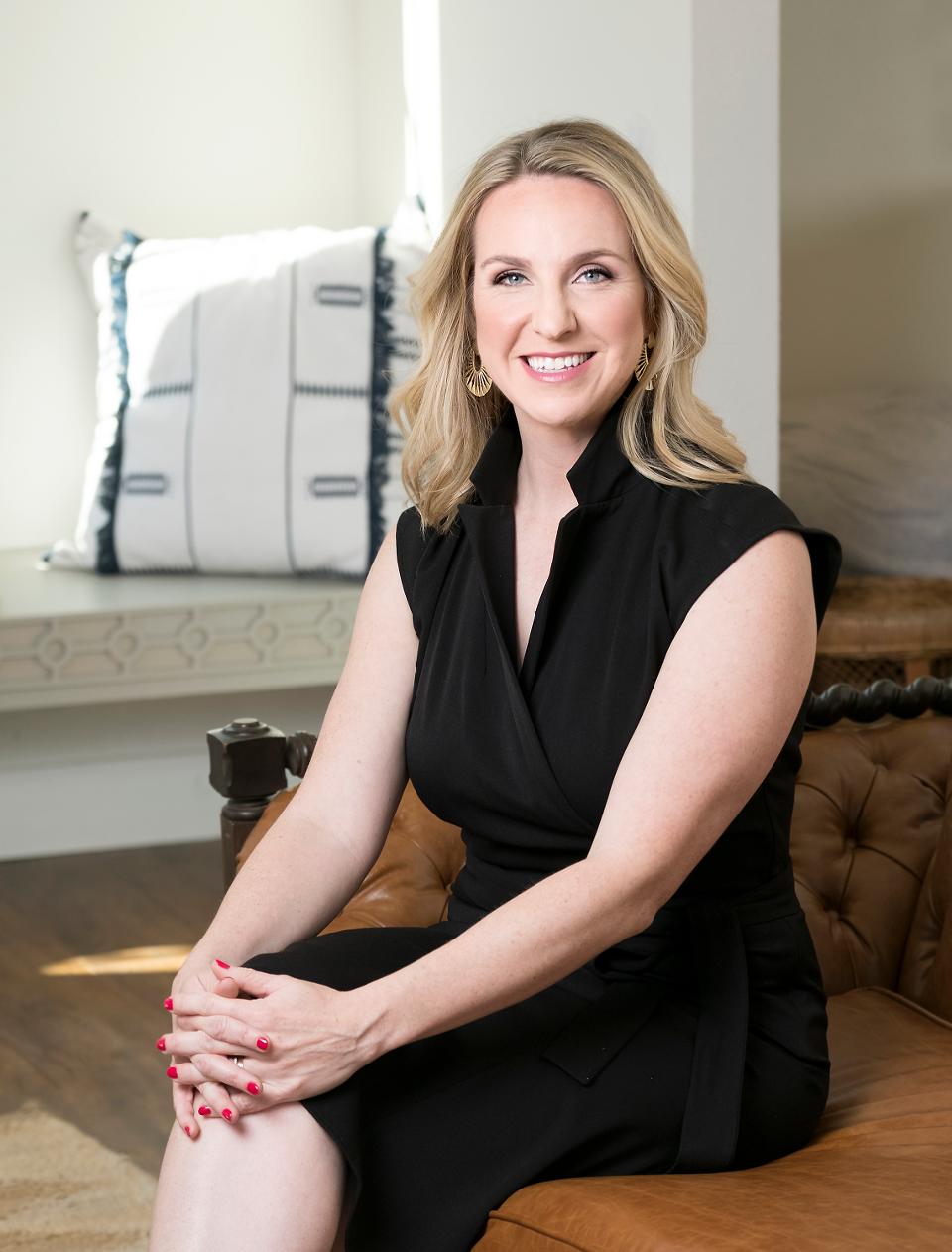 Emily Ramshaw, co-Founder and CEO of the 19th

Laura Skelding (for The 19th)

Emily Ramshaw doesn’t like to take risks. She’ll have you know that she stayed in her last job for 10 years and she’s typically not the kind of person who wants to “upset the applecart.” She may be impulsive, “that’s my greatest strength and my Achilles’ heel,” but that impulsivity is measured with data, experience and a tight business plan. You see Ramshaw had an idea – a transformative one — that she just couldn’t shake. It started four years ago and she wondered why no one else had done it, because it was just so obvious.

Mind you, Ramshaw has taken leaps before. She left her job as a political reporter at the Dallas Morning News to become a founding member of The Texas Tribune, a then, brand-new concept for nonprofit, non-partisan, watchdog journalism. But that was before she had kids or a mortgage or a husband. It was 2009 and regional newspapers had begun their slow death, when two Texas journalists, Evan Smith and Ross Ramsey, plucked Ramshaw from her Austin state house beat, to help birth a radical new model for journalism. It was a bold idea and would rely on multiple revenue streams including: donations, memberships, events and good, old fashioned advertising. The move proved more prescient than risky as Ramshaw helped turn the Tribune into an esteemed, award-winning publication.

“It was truly the best career decision. It literally changed the trajectory of my professional life,” Ramshaw said.

Now Ramshaw is taking that nonprofit, non-partisan newsroom to women. On January 27, she soft-launched The 19th, an online news outlet that covers the intersection of gender, politics and policy. The 19th will make its journalism free and inclusive – no paid firewalls to access articles and other news organizations are permitted, even encouraged to republish its stories. There will be no opinion or editorial pieces, because Ramshaw believes there’s enough of that already online and, “We don’t want to tell our readers what to think, we just want them to think.”

Ramshaw’s new venture derives its name from the 19th Amendment to the Constitution that gave women, albeit white women at the time, the right to vote. There is an asterisk next to the logo signifying that while the 19th amendment legalized female suffrage, it took decades for women of color to be afforded the same dignity. And in many ways, Ramshaw says the fight to be heard continues, which is what The 19th is all about. 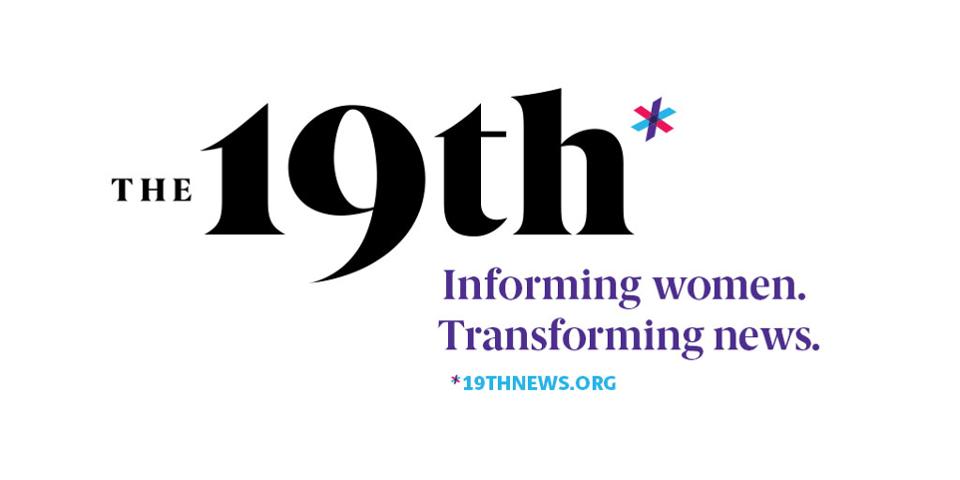 “If we can keep more women on the path, in the pipeline to becoming newsroom leaders, that affects the journalism. Right now, roughly 70 percent of politics and policy editors are men and I have nothing against men,” Ramshaw said. “But those are the people deciding which stories are told, how they’re told, which experts are used, and where those stories play on the home page or the front page, if they get there at all. Our voices and particularly the voices of women of color need to be elevated in this space.”

As a woman leading a newsroom, a rarity still, Ramshaw is reimagining a family friendly culture that allows for flexible schedules and respects important things like dinner time and bedtime, that are almost always in conflict with the busiest period of a typical newsroom. Even more revolutionary is that Ramshaw is guaranteeing six months paid maternity leave to her staff.

“There is a reason that so many women at my stage in life leave this industry. Journalism is terrible for your personal life,” Ramshaw said.

If necessity is the mother of invention, then it’s fitting that the idea for The 19th came to Ramshaw while she herself was on maternity leave with her daughter.

“I was grappling with the role of women at work and at home. I started to wonder why nobody has taken the Texas Tribune business model and extrapolated it onto a national stage for women politics and policy. I had a baby spitting up and pooping on me, so for a lot of reasons it wasn’t the right time for me to do this,” Ramshaw said.

As the country convulsed after Donald Trump’s election, igniting women’s marches on state capitols followed by the collective rage of the #MeToo movement, Ramshaw continued to assume that someone, somewhere must be thinking about how to report on the issues that impacted all women regardless of political party. But it was last March when Ramshaw was away at a Facebook-sponsored work conference in Denver that it hit her.

“I sat up in the middle of the night and thought no one has done this. What am I waiting for? You know, I think I’m that person,” she said.

After her middle of the night epiphany, she texted Amanda Zamora, then the chief audience officer at the Texas Tribune, who Ramshaw had recruited years earlier. Ramshaw wanted to meet right away.

“At first I was really shocked,” Zamora said. “But then it was a very quick transition from asking ‘are you crazy?’ to absolutely, yes, let’s do this. There’s something really infectious about her approach to the journalism. As a woman, I think that her empathy and humanity are like this secret sauce. It just makes the work that we do so much better.” 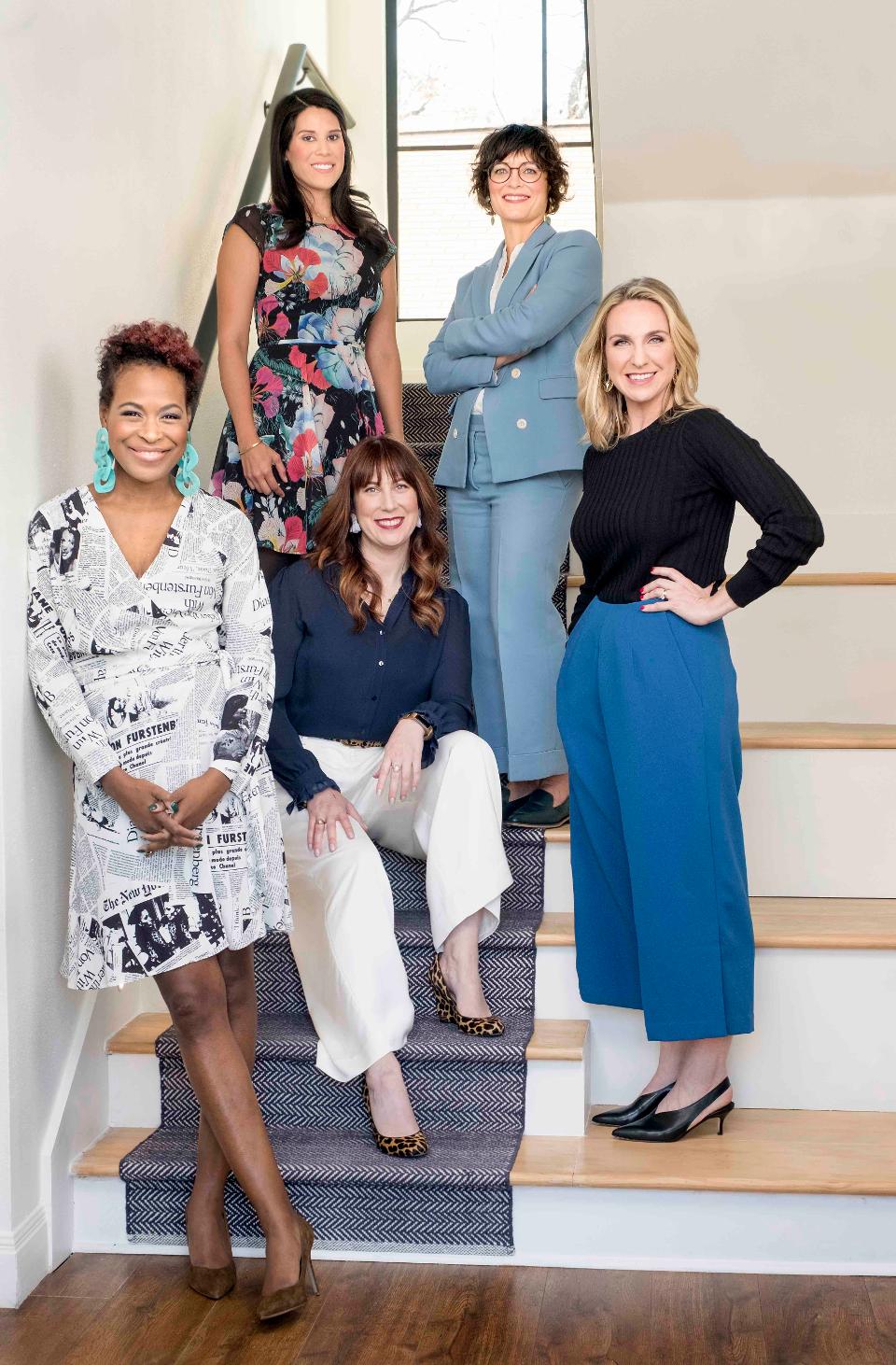 Laura Skelding (for The 19th)

The two put together a white paper and then a deck and in August Ramshaw hosted a retreat and flew an impressive mix of female journalists to Austin. She wanted to know what they would cover, how they would report the news, and really, did this site have legs? Then Ramshaw started hustling for funding.

“I knew I needed two million in the bank to quit my job. I probably needed four million to make a serious go at this through 2020. I had never fundraised before.”

Her first big donation came from Craig Newark, the founder of Craigslist who gave a $500,000 gift.

“This was game-changing because it allowed us to really get the wheels in motion,” Ramshaw said.

In the past few years, Newark Philanthropies has made ethical journalism and quality reporting a philanthropic focus, donating millions to an array of journalism schools, media start-ups and outlets such as New York Public Radio. Supporting women in technology has been another area of Newark’s charitable giving. So the idea of a nonpartisan, female-focused news-site was especially appealing.

“There are simply not enough women leading newsrooms and as a result, not enough stories about the issues, inequities and challenges that most directly affect women’s lives,” Newmark said. “We need a greater female presence, not only in American politics, but globally. And I figured if we could get good, trustworthy reporting from The 19th, and absolutely no mansplaining, this would be a great thing.”

Three more women followed with big donations, including a $1 million gift from Kathryn Murdoch, a climate change activist, who happens to be married to James Murdoch, the younger son of Rupert Murdoch. Within six months Ramshaw had raised nearly $5 million.

Half of those women who went to the initial brainstorming retreat are now founding members of The 19th. Zamora is the publisher and Ramshaw its CEO. The site is publishing its articles on the Washington Post website until The 19th’s website launches this summer. Currently there is one dedicated reporter in the field, Errin Haines, who is covering presidential politics. Haines comes from the Associated Press where she reported on race and ethnicity.

If anyone should be reinventing the newsroom through the female lens to support its female reporters, Ramshaw makes perfect sense. She has an almost preternatural way of connecting with audiences — even if unintentionally. After the birth of her daughter and a brutal postpartum that lasted nearly nine months, Ramshaw took to Twitter to share unfiltered posts about her messy life as an angsty working mother. Remarkably, she became an accidental icon for working parents and the tweets became a boon for Tribune fundraising, where people would write #emilysparentingtweets as the reason they contributed during the annual giving drive.

“Honestly, it wasn’t intentional at first. I needed people to commiserate with because parenting was really hard for me the first few years. And I quickly realized it [Twitter] was a pathway into so many people because they would follow my parenting tweets and by default they would also see all of my tweets about Texas politics and policy, and suddenly I was engaging with those same people, on two different planes,” Ramshaw said. “It was also helpful for people to see me as a human being and not just a member of the media, especially at a time when there’s waning trust with the news.”

Her humanity aside, Ramshaw’s journalistic credentials are also exquisite. At 35, she became the youngest person to be selected for the prestigious Pulitzer Prize board and is currently in the third year of her nine-year-term. She is now about to embark on a six-city listening tour where she’s bringing women into conversations with their elected officials around voting issues. She’s also using this as an opportunity to hear directly from them on what they would like from a news organization like The 19th. They are partnering with the League of Women Voters nationally as well as The Riveter co-working space.

There is something refreshing, even liberating about the concept of a nonprofit news organization dedicated to issues that impact women, where clicks and views are secondary to its mission of good journalism. And maybe that’s part of the appeal. And maybe the premise of The 19th is as retro as its name, pushing back against today’s partisan pieces, viral posts and incendiary headlines. And just maybe the giddy enthusiasm for this platform is because we all feel the urgency of the moment. It’s a time when most people can’t argue that democracy is under siege and women’s rights and issues are threatened.

Everything You Need To Know About ‘Apex Legends’ Season 4: Map Changes, Battle Pass, Revenant And More

How To Set Up A Chief Digital Officer...

Feeling Stressed? Laugh It Off With These 7...

6 Skills To Unleash Your Inner Unicorn-Entrepreneur

How Regenerative Ag Is Shaping The Future Of...