The closure of the Silk Road, the first congressional hearing on Bitcoin, and the price soaring past $1,000 led to increased public knowledge about the digital currency in 2013. Here’s a review of the year 2013 in Bitcoin.

When the Cyprus banking crisis in March gripped headlines, Bitcoin’s price spiked. Fears spread that insured deposits in the country were not safe.

“Incremental demand for bitcoin is coming from the geographic areas most affected by the Cypriot financial crisis—individuals in countries like Greece or Spain, worried that they will be next to feel the threat of deposit taxes,” Nicholas Colas, chief market strategist at ConvergEx, said in a report.

On Mt. Gox, bitcoin’s value increased to $87 over the two weeks following the banking crisis, including a 20 percent gain over the previous week. For the month, Bitcoin had increased 41 percent. At the time, the Bitcoin network was worth about $964 million.

That same month, Bitcoin unintentionally forked. As I wrote in “These Are The Top Ten Events of Bitcoin’s First Decade”:

In March 2013, the blockchain temporarily split into two independent chains with different rules due to a bug in version 0.8 of the bitcoin software.

The core developers released a 0.8.1 version that avoids creating blocks that are incompatible with older versions.

“Namecheap is a customer-focused domain name registrar and web host,” wrote the Los Angeles-based company about its decision to accept Bitcoin. “For months, Bitcoin has been requested of Namecheap among the tech audience.” 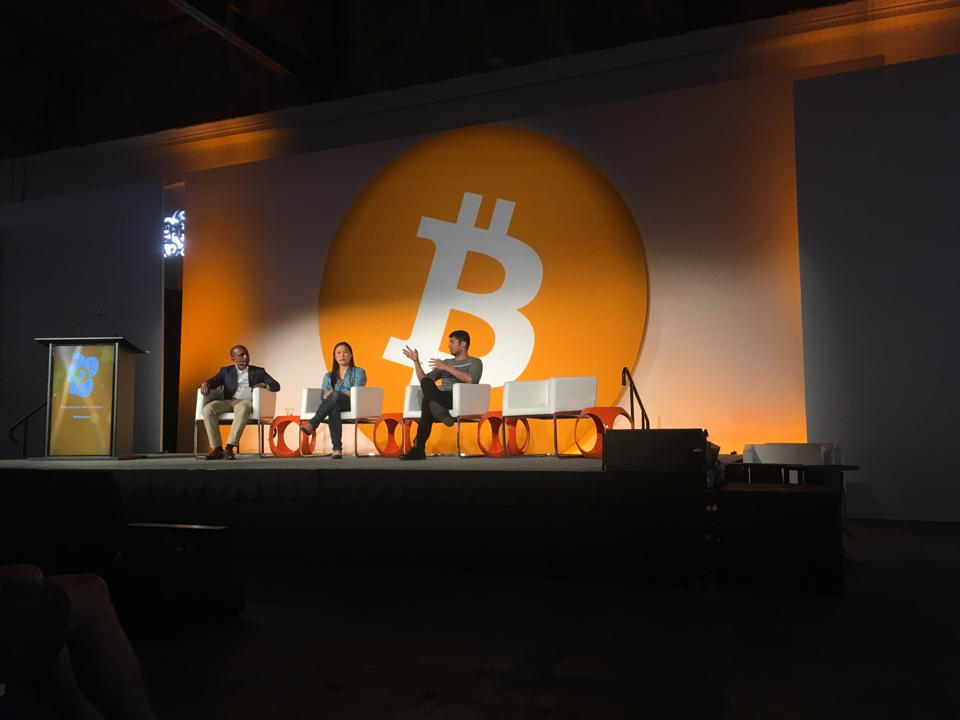 The U.S. Department of Homeland Security (DHS) issued a warrant to seize money from Mt. Gox’s U.S. subsidiary account at its payment processor, Dwolla. DHS asserted that the Mt. Gox subsidiary did not obtain a license from the US Financial Crimes Enforcement Network, and therefore was operating as an unregistered money transmitter.

The DHS seized between May and July more than $5 million from the subsidiary. Mt. Gox suspended withdrawals in US dollars on June 20, and on July 4 said it had “fully resumed” withdrawals, though by September few such withdrawals had been successful.

Wired Magazine reported in November 2013 that customers were experiencing delays of weeks to months in cash withdrawals from their accounts.

“The investment objective of the Trust is for the Shares to reflect the performance of the Blended Bitcoin Price, less the Trust’s expenses,” state the Winklevoss twins in the filing. “The Shares are intended to constitute a cost-effective and convenient means of gaining investment exposure to Bitcoins. A substantial direct investment in Bitcoins may require expensive and sometimes complicated arrangements in connection with the acquisition, security and safekeeping of the Bitcoins and may involve the payment of substantial fees to acquire such Bitcoins from third-party facilitators through cash payments of US Dollars.”

The filing added: “Although the Shares will not be the exact equivalent of a direct investment in Bitcoins, they provide investors with an alternative that allows a level of participation in the Bitcoins markets through the securities market.”

The FBI and DHS Investigate Bitcoin

The FBI and the Senate Committee in charge of the Department of Homeland Security (DHS) were by August investigating Bitcoin. The DHS sent a letter from the Committee on Homeland Security and Governmental Affairs asking for how it plans to treat virtual currencies, such as bitcoin.

The letter warned that Bitcoin’s “near anonymous and decentralized nature has also attracted criminals who value few things more than being allowed to operate in the shadows,” and noted that bitcoins were an important new phenomenon to keep an eye on.

“As with all emerging technologies; the federal government must make sure that potential threats and risks are dealt with swiftly; however, we must also ensure that rash or uninformed actions don’t stifle a potentially valuable technology,” Committee Chairman Thomas Carper and ranking member Tom Coburn wrote in their letter to Secretary of Homeland Security Janet Napolitano. A commerce, justice and science bill in July sought an FBI briefing on bitcoins and how they were used in money laundering.

“The Committee directs the FBI, in consultation with the Department and other Federal partners, to provide a briefing no later 120 days after the enactment of this Act on the nature and scale of the risk posed by such ersatz currency, both in financing illegal enterprises and in undermining financial institutions,” said the bill.

The New York Department of Financial Services, in order to learn about the industry, sent subpoenas in early August to companies associated with bitcoin industry. Bitcoin had in November its first hearing in Congress, also. Government experts, Bitcoin community representatives, and nonprofits discussed Bitcoin.

“Virtual currencies, perhaps most notably Bitcoin, have captured the imagination of some, struck fear among others, and confused the heck out of many of us,” said Sen. Tom Carper (D-DE), chairman of the Homeland Security and Governmental Affairs Committee.

The German Finance Ministry recognized in August Bitcoin as a “unit of account” so that it could be used for tax and trading purposes in the country. The Finance Ministry, therefore, had not classified bitcoin as e-money or a foreign currency, but, rather, a financial instrument under German banking rules.

“We should have competition in the production of money. I have long been a proponent of Friedrich August von Hayek scheme to denationalize money. Bitcoins are a first step in this direction,” said Frank Schaeffler, a member of the German parliament’s Finance Committee, requested a legal classification of bitcoins. At the time, Bitcoin was worth about $119.

“Sooner or later, depending on the success of private currencies, authorities will feel the urge to ban or regulate private currency. A free country should resist and not intervene in citizen’s private choice of money. In my opinion the production of money is none of the government’s business,” Schaeffler said.

The Federal Bureau of Investigation filed in September a criminal complaint, civil forfeiture complaint, and protective order in the Southern District of New York against a 29-year-old from San Francisco, Ross Ulbricht, alleging him to be Dread Pirate Roberts, the handle for the person running Silk Road. Ulbricht faced charges for narcotics trafficking conspiracy, computer hacking conspiracy, and money laundering conspiracy.

The Tor network site was taken offline and replaced with an FBI notice, though the Silk Road forums were left online, suggesting they were on a separate server. FBI Agent Christopher Tarbell, who worked the Silk Road case from the FBI cybercrime division in New York, filed the charges, acknowledging “undercover activity” by himself and other law enforcement agents.

Between February 2011 and July 2013, Silk Road’s 957,079 users did $1.2 billion worth of business, according to the FBI, who said Dread Pirate Roberts earned $79.8 million in commissions based on the bitcoin price at the time.

After Bitcoin’s 89-fold price increase in 2013, China’s central bank banned financial institutions from handling Bitcoin transactions. Bitcoin fell from $1,200 per bitcoin to less than $600. China, however, said Chinese citizens are still allowed to engage in bitcoin transactions at their own risk, though the People’s Bank of China asserted Bitcoin has no “real meaning’ as a currency nor the legal status.

In July, U.S. securities regulators charged Trendon Shavers as the man behind the handle pirateat40, responsible for the collapsed Bitcoin Savings & Trust and loss of people’s funds. He had raised about $60 million worth of bitcoin.

The now-defunct Genesis Block website estimated in May that the power of all the bitcoin mining machines put together was now greater than the top 500 supercomputers combined. At that point, the processing power on the Bitcoin network surpassed one exaflops (1018 floating-point operations per second).

And, in October, the first Bitcoin ATM, made by Robocoin, hit the market in Vancouver, British Columbia at Waves Coffee House. Lamassu had announced its Bitcoin ATM in February.

“We’re freaking out [due to excitement],” says Robocoin CEO Jordan Kelley. “What this machine has done is it’s removed the barriers to entry for the masses.”

What You Don’t Know Can Hurt You: Four...