Home Business The 2019 NASCAR Dad Of The Year
Business 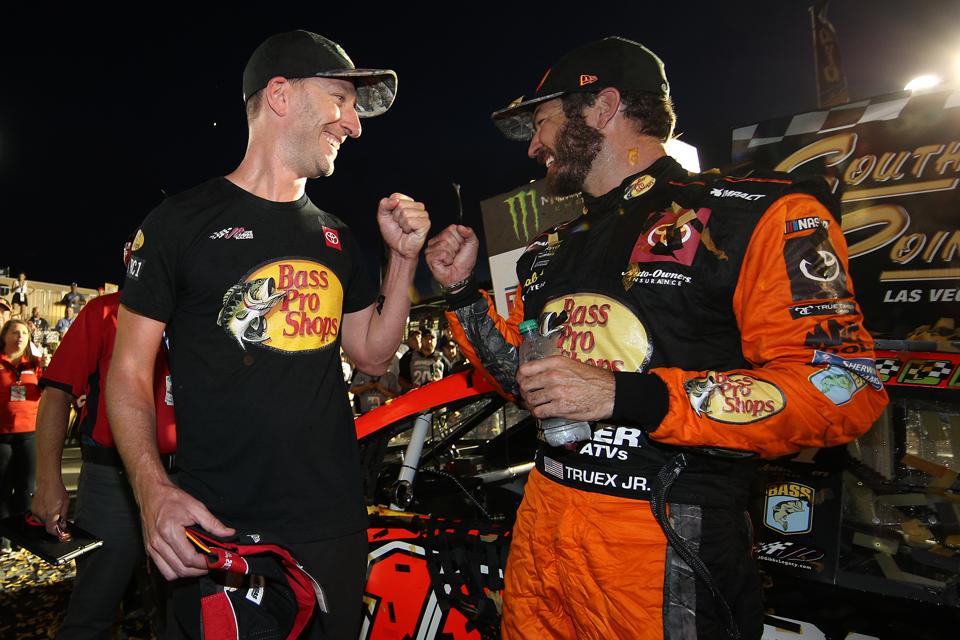 A typical work week for Cole Pearn when he was a NASCAR Cup crew chief went like this: home from a race late Sunday; long days of planning for the next race Monday, Tuesday and Wednesday; off on Thursday, and travel to another race track on Friday for the weekend.

Repeat that for more than 30 weekends a year.

So you can understand why Pearn loved Thursdays. Free time was family time.

“It was a little more tolerable, because the kids weren’t in school,” he told me Thursday.

But his son, Callum, 7, and his daughter, Freya, 5, are in school now, so Pearn had a very simple but very tough decision to make with his wife, Carrie: What was worth more, an elite job as the crew chief for Martin Truex Jr., the 2017 Cup champ, or watching his children grow up?

On Dec. 9, the 37-year-old Pearn chose his family, stepping away from Joe Gibbs Racing. Gibbs moved on Thursday, announcing that the position would be filled by James Small, a native of Melbourne, Australia, who was the lead engineer for the Truex team.

The Pearn family has already moved on, too: to British Columbia from Huntersville, N.C. Pearn said he has received many warm wishes after his decision. Fans understand that they can turn the TV off after a race and do something else. And NASCAR is still very much a family sport.

“I hadn’t known how it was going to go,” he said of the reaction. “I was pretty nervous about it.”

There were some “conspiracy theories,” as he’d called them on Twitter, one of them being that he was forced out at JGR — after Truex won a mere seven races and finished second to Kyle Busch in the 2019 championship race, and in Truex and Pearn’s first year at Gibbs.

(“Shove all your conspiracy theories up your hoop,” Pearn tweeted back.)

“I just heard all kinds of crazy stuff,” Pearn told me. 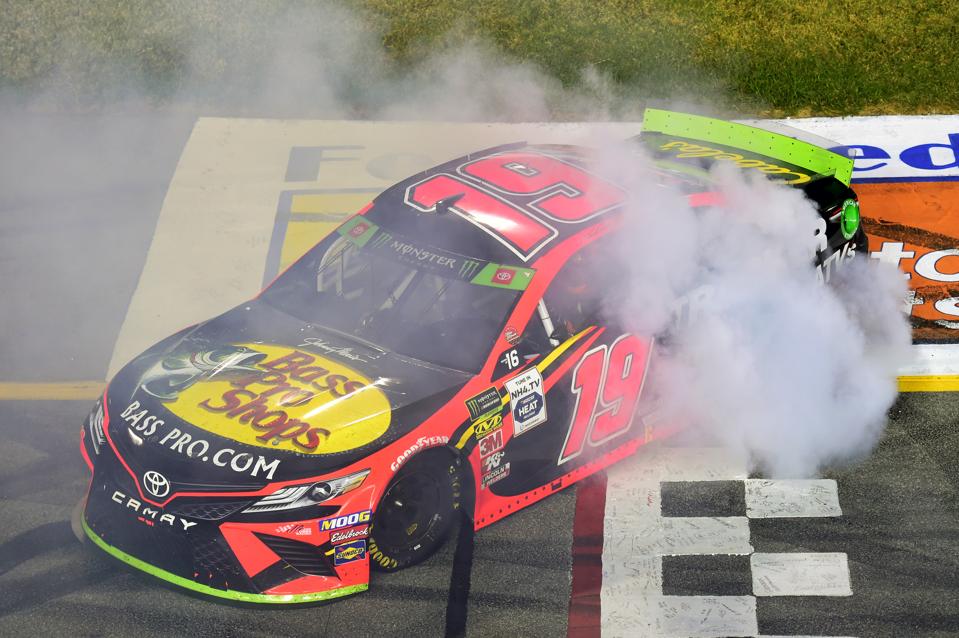 Pearn, who grew up in Ontario, had been Truex’s crew chief since 2015, when he drove for Furniture Row Racing, a true outlier of a NASCAR Cup team owned by Barney Visser and based in Denver, as in Colorado, which is nowhere near a Cup track.

Truex’s championship season was an enormous upset: David over the Goliaths of the sport. But Visser, citing rising costs, had to shut down Furniture Row Racing after last season. Gibbs hired Truex and Pearn, which was great, but the Pearns had to move from Colorado.

“If it wasn’t a career move, I wouldn’t have made it,” Pearn said.

Not only is the NASCAR Cup season longer than those in the so-called “stick-and-ball sports,” but there are only three weekends of competition at Charlotte Motor Speedway, near most NASCAR shops. Worse, there are no road trips — every weekend was out, then back.

He said of the travel factor: “It’s huge. I did it for 12 years, and there are people who have done it way longer. You know what it is when you sign up for it. But it is still a lot.”

Pearn said it was unlikely that he’d miss racing so much that he’d move to the Pinty’s Series, stock-car racing in Canada. He hopes to help Small — and Truex, the race team and Gibbs, by extension — in any way he can.

“I already am in touch,” Pearn said. “James and I talk every day. We’re best friends.”

When asked what he would miss, Pearn said he loved winning races, naturally, and solving problems that arose before and during races. He said, “Last year, we won seven races, so that meant that 29 races, we went home unhappy.”

That included his final race for Truex at Homestead, Fla., in which Pearn’s crew put tires on the wrong side of his Toyota, putting Truex a lap down, and sending Truex to a second-place finish in the championship race for the second straight year.

“If I hadn’t put tires on the wrong side, it would have been a walk-off,” Pearn said. “We were killing them.”

He won’t get a chance to make amends for a while, but that was entirely his choice. Callum and Freya came out as the winners, and on more than just Thursdays.

Why NASCAR Phenom Hailie Deegan Is Jumping Into A Ford

NASCAR’s Most Important Hire in 2020

An Old NASCAR Tradition Runs Out Of Gas

What Happened To All The Women in NASCAR? 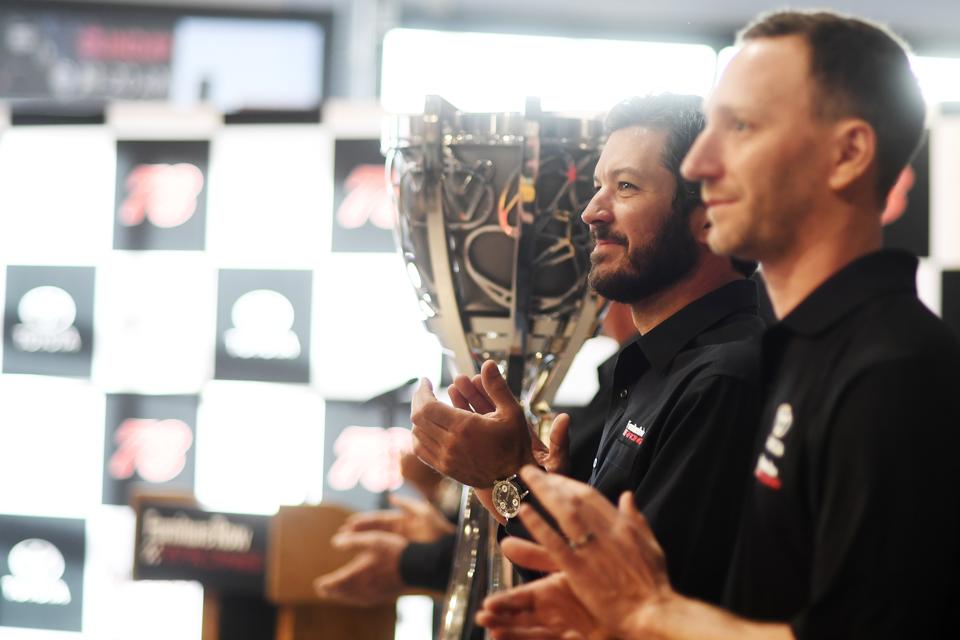 3 Holiday Spending And Budgeting Tips – From Kids, For Kids!

If Tesla’s Dream Of Making Cameras Perform As...

Putin Is Ready To Cut Oil Supply, But...