Breaking
Doug Flutie Maximum Football 2020 Review: The Good,...
How To Delegate Effectively
Stock Market: Two New Trends Shaping Next Buying...
European Commission Legislative Package For Cryptoassets Leaves No...
Apple iOS 14.0.1 Release: Should You Upgrade?
Social Media Marketing Consulting
What You Need To Know About Your Startup...
Governor Signs Landmark Student Loan Borrower Protection Bill...
Reddit Co-Founder Alexis Ohanian Plans $150 Million Investment...
This Week In XR: Enterprise Adoption And Financing...
The Disadvantages Of Aging In Place
How Advances In Customer Service Can Take Telehealth...
5 Reasons Why Your Startup Needs To Be...
Beyond-Professional: What Is The New Workplace Normal?
Manufacturing In The U.S. Is On The Cusp...
After 75% Rally, Johnson Controls Stock Looks Fully...
Home Business The 2020 Lincoln Navigator Is A Benchmark SUV But Can Be Even Better
Business 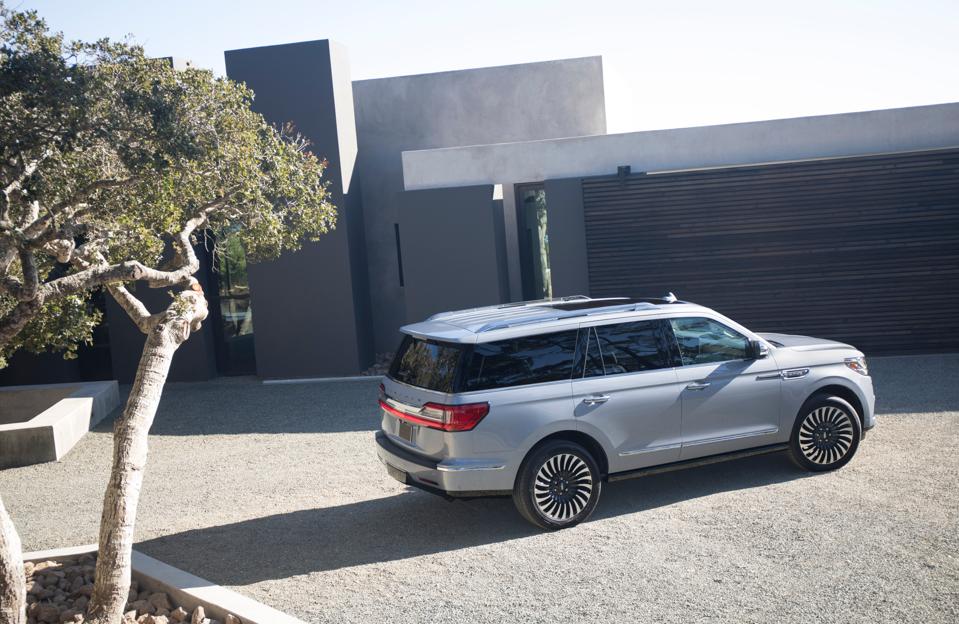 The current generation Navigator is a major player in Lincoln’s modern renaissance, even … [+] overshadowing the much-hyped Continental.

Up until recently, American manufacturers like Lincoln were nowhere near the European automakers in terms of quality, panache and brand presence. Sure, upper echelon brands like Rolls-Royce and Bentley live in the stratosphere of the segment but it’s Audi, Lexus and Mercedes that dominate the arguably more important and much more obtainable $100,000 neighborhood. Exactly where the flagship 2020 Lincoln Navigator Black Label wants to stake its claim. However, as impressive as the Navigator is for a modern luxury SUV — not just for a Lincoln — it still has room for much-needed improvement.

Standards in the luxury space are constantly on the rise. Buying into a high-end vehicle no longer begins and ends with just the drive time. The entire ownership, starting with the purchase and time spent at the dealership has to make the owner feel like royalty. Then, from the moment you open the door and sit behind the wheel, any instance of corner-cutting with cheap materials or lazy design just won’t do, especially on the world stage. The manufacturers at the pro-level of the luxury game know this well and provide an all-encompassing experience for the owner. Clearly, Lincoln paid close attention. 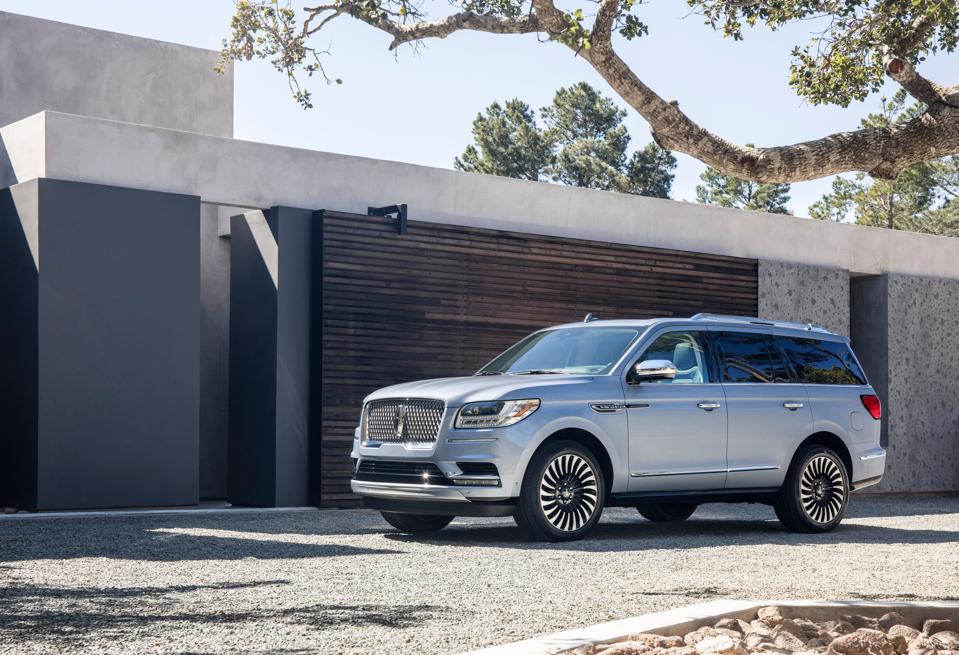 Opt for the Black Label-spec Navigator, like the Chroma Blue example Lincoln provided me and things like new car delivery, remote service pickup and free round-the-clock car washes are standard. While that type of service is quickly becoming par for course at $100,000 price mark, everything else you get for your money with the Navigator is not.

With an MSRP of $100,235, the Navigator Black Label comes with automatic running boards which deploy and welcome you as you walk up, a panoramic roof, 360-degree parking cameras, 30-way adjustable front-row captains chairs finished in Venetian leather, WiFi connectivity, and a not-to-be-understated 20-speaker Revel Ultima sound system. Those are just a fraction of the 40-plus creature comforts that come standard. When it comes to the optional extras, one box you must absolutely check is the second-row captain’s chairs. Not least of which because they come at no extra charge, but the amount of space, comfort and third-row access they provide absolutely elevates the look and feel the interior.

As with any interior — whether it’s an apartment, restaurant or car — use of space and lighting are critical for the actual and perceived notion of luxury. More isn’t necessarily better with either, but when space is used efficiently and surfaces and high-quality materials are well-lit, it can transform a space from being dull and depressing to welcoming and visually stimulating.

On paper, gloss-finished white wood accents and powder blue leather comes with a slight cringe and even when explained to friends, when said out loud, the combination earned a few skeptically raised eyebrows. However, in reality, the Yacht Club interior draws nostalgic mid-century energy and classy jet age inspiration. The swaths of blue leather are surprisingly easy on the eyes and even softer to the touch. Nearly every major contact point in the cabin is coated with it, each a pleasant interaction. 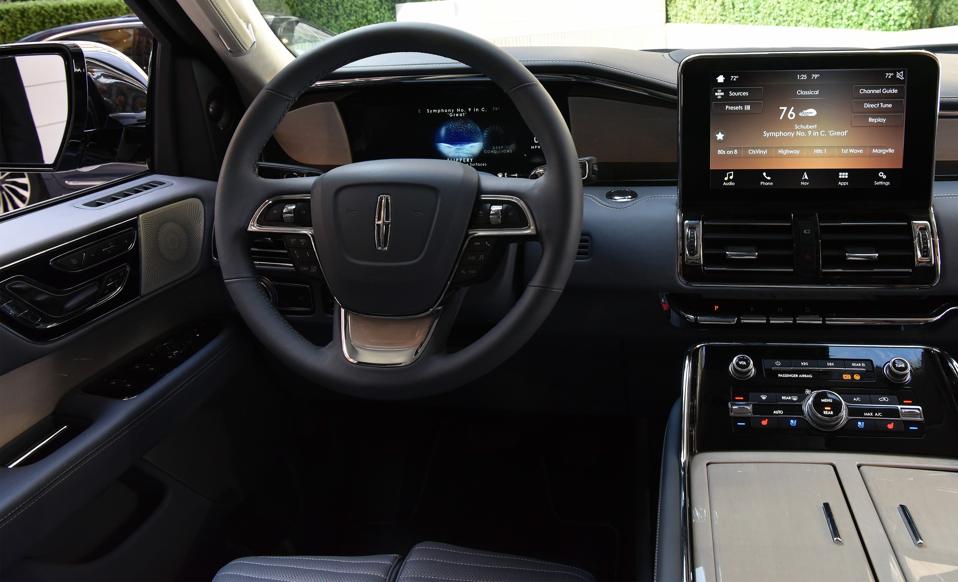 The cockpit of the Navigator is an incredible place to spend hours on end and hundreds of miles at a … [+] time.

After two weeks, covering over 2,000 miles up and down the east coast, the Navigator’s captain’s chair is one of the few driver’s seats I wouldn’t hesitate sitting in for an additional 2,000 miles and Lincoln engineered it that way. In an interview, Johnathan Line, Lincoln’s Advanced Seat Innovation Supervisor said, “We were really striving to achieve an experience, not so much to outdo the competition with features but we were going after the greatest human experience we could find in a seat to make them optimally comfortable,” in reference to the seat. Starting in 2011, it took Line’s team of 15-20 engineers five years to develop the first version of the seat, which debuted in Continental in 2016. The second generation seat was developed further for the generation Navigator in 2018.

Heated, ventilated and packing a massage function, the Navigator’s front seats were meticulously designed and engineered with pressure points and blood circulation in mind, as well as day-to-day ergonomics, to fight driver fatigue behind the wheel. And considering Americans spend nearly 300 hours behind the wheel each year, you’ll be glad Lincoln dedicated that much time and energy into a seat.

While logging my own hours in the Navigator’s driver’s seat, the energy the seat engineers poured into the cockpit didn’t go unnoticed logging 400-mile stints between fill-ups while cruising down I-95 from New York City to Charleston, South Carolina and back. Everyone also deserves to experience the mind-blowing acoustics and sound engineering that went into tuning the 20-speaker Revel sound system (Pink Floyd’s The Wall and Led Zeppelin’s Stairway to Heaven, on full-blast are a must).

However, if anything upfront deserves more refining on the Navigator, it is without a doubt the driver assistance technology. Frustratingly, the lane keeping assist hardly worked and when it did, it bounced off the lane lines like it was moderately inebriated. On a journeys like my 744-mile trip down south, those types modern, now industry-standard features prove their worth, but the Navigator’s still needs a serious fix. 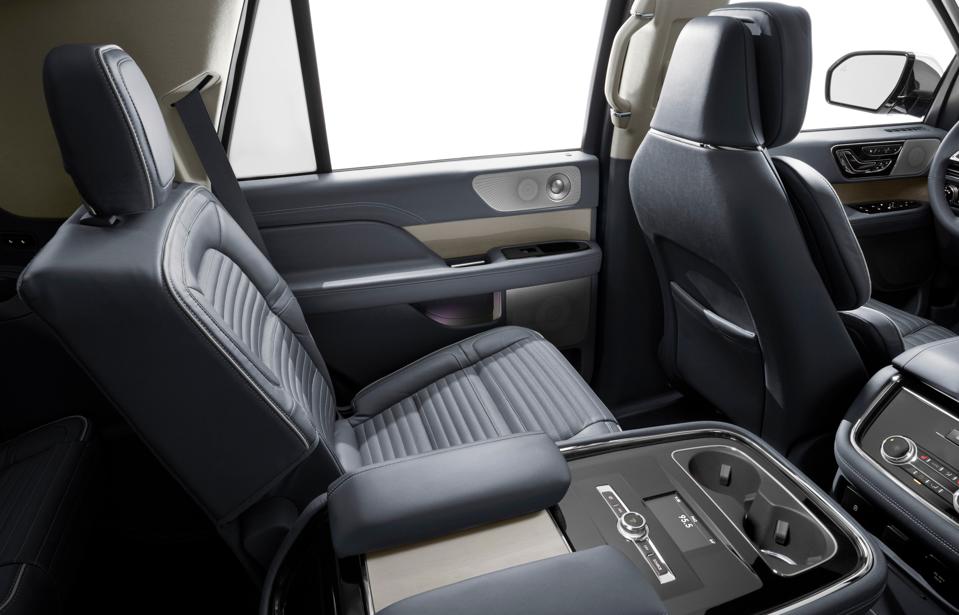 The second-row of the Lincoln Navigator doesn’t receive the same level of luxury as the front seats, … [+] which is counter-intuitive in the luxury limo space.

Moving towards the back of the cabin, the second row captain’s chairs and passenger comfort are enough to put other $100,000 car’s front row seats to shame. Ironically, this is exactly where the Navigator’s biggest misstep comes to the fore. For a vehicle in this price range with this much interior room and passenger space, it’s not unreasonable to think the Navigator won’t be used as a limousine in some capacity. In which case Lincoln’s flagship is wildly unsuited for the next-tier customers it wants.

If it was aiming for “an experience” as Line put it, Lincoln left a lot on the table here. Nobody realistically expected Lincoln to send the Navigator to production with the gullwing doors from the 2017 concept, but fitting the same 30-way adjustable seats for second row-passengers wouldn’t just be feasible, it’s downright practical. If you’re a passenger and paying customer, whether utilizing a car service or are an owner and a full-time passenger with a driver, you get less of that luxury “experience” the farther back you go in the Navigator.

If Lincoln wants to court executives and above, it has to understand that sometimes the person in the back seat is the VIP. Mercedes, BMW and Audi all understand this with the S-Class, 7-Series and A8 family, being great examples respectively. The back row in those sedans are without question the preferred seats for travel. What the Germans luxury sedans and SUVs lack is the Navigator’s strongest attribute: a cavernous interior worth of usable space.

The Black Label should be a much larger step above what it is compared to the standard Navigator or even the Ford Expedition, the SUV on which it’s based. Second-row 30-way adjustable seats are just the start. A third-row-delete option which includes moving the upgraded second row seats further back is the next obvious step. The point is, the Navigator has untapped potential and space waiting to be properly utilized. The 2020 Lincoln Navigator is unquestionably a benchmark at $100,000, especially as an American luxury SUV, but it can easily be better.

So How Much Would The Furnishings In Kim Kardashian And Kanye West’s ‘Futuristic Belgian Monastery’ Cost?