Breaking
Entrepreneurs Are Bringing Transparency To Home Buying And...
Best Incentive To Get Vaccinated: Money, Messaging, Or...
Page Level Query Analysis at Scale with Google...
How A CIO Can Align IT With Business...
Blogger of the Month: Jo, Girl Eats World
6 Things Women In Business Know That Men...
How to Use First-Party Data for Ad Personalization
Pressing Reset—Putting A Fallen Unicorn Back On Its...
How We Went Viral: Promoting Content with Influencers,...
Blame Olympic Record Price Tag For Return To...
Apple iOS 14.5 Release: Should You Upgrade?
How to Come up with Podcast Topics and...
Why Gaming Gear Company Razer Launched A $50...
Technical SEO Implementations to Increase the Impact of...
30 Brilliant Ways to Market Your Eco-Friendly Shopify...
15 Tech Industry Leaders Share Overused (And Misused)...
Home Finance The 3 Most Underappreciated Income Funds On The Planet
Finance

The 3 Most Underappreciated Income Funds On The Planet 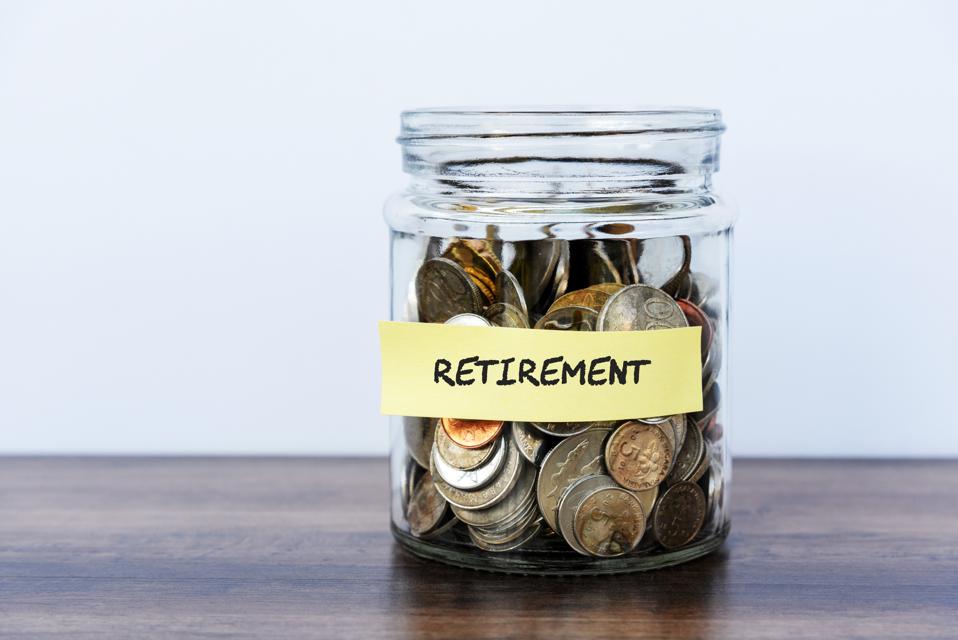 The “race to zero” heats up again. You’ve surely heard that Vanguard is now slicing and dicing its already-low fees and commissions. That sounds great, but in reality, the low-fee race is pennywise yet dividend-foolish for us income investors.

To retire on secure, high-yielding long-term investments, we actually prefer to pay a fair management fee. I’ll outline this in a moment via a trio of secure 7% payers. Their generous yields tower above mainstream low-fee options: 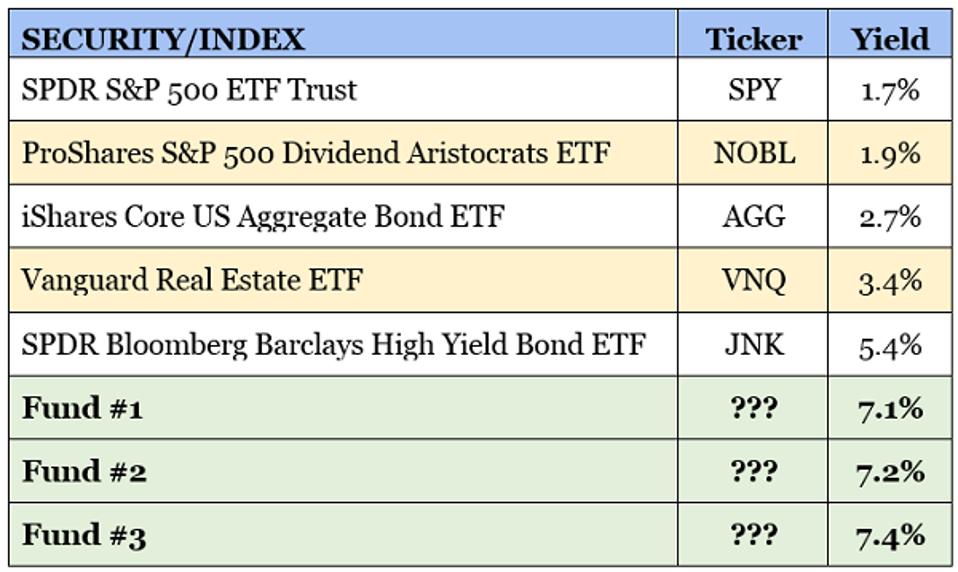 More on these three dividend funds in a minute. First, let’s review why we prefer to pay for professional management.

Vanguard kicked off the new trading year by joining the “no-commission” fray that caught the likes of Charles Schwab (SCHW) and E*Trade (ETFC) by surprise in 2019. The brokerage provider previously offered all Vanguard mutual funds and exchange-traded funds (ETFs), as well as most other ETFs, commission-free for years. Starting Jan. 2, it extended that out to stocks and options.

That follows a 2019 in which Vanguard lowered expense ratios on 60 of its ETFs and mutual funds.

While these moves made mainstream financial headlines, one of my favorite retirement vehicles, closed-end funds (CEFs) received no ink whatsoever. This is typical, as CEFs are workmanlike income investments. They pay big yields and deliver retirement-worthy total returns without the flash or panache of more mediocre funds.

Here’s a quick refresher: CEFs trade on exchanges just like ETFs, but they act a little differently:

The best funds to buy deliver excellent total returns over the long run. Most of their investors’ profits come in the form of monthly or quarterly payouts. And those who buy these funds at significant discounts to their net asset values (NAVs) can enjoy price upside to boot.

With this “income plus upside” goal in mind, let’s review a trio of 7%-yielding “super funds.”

Real estate investment trusts (REITs) typically are tough to beat from an income standpoint. These specially structured companies are literally compelled by design to dole out most of their profits as dividends, which often translates into sky-high yields.

But a strong run for the sector has left REITs with skinflint yields of late. The Vanguard Real Estate ETF (VNQ) offers 3.4% at the moment; the Schwab US REIT ETF (SCHH) is even less, at a mere 2.9%.

If you want real estate to pay in 2020, you’ll have to get your passport.

The Aberdeen Global Premier Properties Fund (AWP) is, as the name suggests, a “global” fund, which means that it holds international and American REITs. It’s a 55%-45% split between the U.S. and the rest of the world at last check. AWP holds well-known American REITs such as Welltower (WELL) and Prologis (PLD), but also overseas names like U.K. business real estate operator Segro plc and Germany residential specialist Vonovia.

International real estate simply pays more right now–in part because global real estate companies haven’t been as productive as they have been in the U.S., but also because yields on European dividend stocks tend to outstrip their American brethren. Indeed, the Vanguard Global ex-U.S. Real Estate ETF (VNQI), which holds no American REITs, has the yield edge at 7.6%.

But Aberdeen’s fund has Vanguard’s ETF beat just about everywhere else. You can’t buy VNQI at a discount, whereas you’re getting AWP’s assets for roughly 90 cents on the dollar. VNQI’s indexed structure means it can’t take advantage of mispriced REITs. And the fact that Aberdeen’s global REIT ETF yields so much despite being heaviest in U.S. real estate demonstrates how closed-end funds can squeeze the most out of their holdings.

The downside? Global REITs haven’t offered very good performance in quite some time. I highlighted AWP’s superiority over VNQI almost two years ago, and Aberdeen’s fund has gone on to more than double up Vanguard’s ETF. But a 24% total return over that time still isn’t much to crow about.

It’s not the vehicle. It’s the asset class. Let’s find something more promising.

Many of my Contrarian Income Report subscribers will know Cohen & Steers Infrastructure Fund (UTF), as we recently sold out of it–for a 95% total return.

First, a quick explanation for those who aren’t familiar with UTF. This closed-end fund is unique among so-called “infrastructure” products in its vision. While many of them will hold companies such as utilities, pipelines and railroads, Cohen & Steers’ fund stands out in holding other types of infrastructure, like communications REITs such as Crown Castle International (CCI) and American Tower (AMT), or Australian toll roads operator Transurban Group.

This winning combination has driven returns that would make many of its exchange-traded competitors chartreuse with envy.

When we bought in, UTF sold for a ludicrous 16% discount to NAV, but near the end of 2019, it traded for an extremely rare premium. “The ‘free money’ has been made,” as I said at the time, and we locked in our profits.

The discount isn’t quite there yet, but it’s opening up once again. Keep an eye on UTF.

Healthcare is one of the better “go-anywhere” sectors you can buy.

On one side, healthcare growth is being powered by a number of trends. You’re certainly already familiar with the aging of America’s boomers–but did you know this trend is playing out worldwide?

The United Nations says that in 2017, the global population aged 60 years or older reached 962 million–more than twice the figure from 1980. And the U.N. further sees the number of older people more than double by 2050, to almost 2.1 billion.

If the “Tekla” name sounds familiar, that’s because it provides several health-focused CEFs, some of which I’ve discussed before.

Tekla Healthcare Opportunities Fund (THQ) is a well-rounded healthcare fund that primarily invests in normal publicly traded companies, but can put 10% of its assets into “venture and restricted securities”–essentially pre-public companies. It’s more conservative than the likes of Tekla Healthcare Investors (HQH) and Tekla Life Sciences Investors (HQL), which can invest up to 40% in VC and restricted stocks. So, THQ’s portfolio looks like many healthcare ETFs: big chunks of pharma, biotech and health insurance companies; thick weightings in Merck (MRK), UnitedHealth Group (UNH) and Amgen (AMGN).

The vital stats look great. THQ yields roughly triple what you’ll find in a run-of-the-mill healthcare ETF, and you can buy its assets for roughly 90 cents on the dollar. There’s just one problem…

Management hasn’t made the right bets since inception in 2014. Its five-year average annual total return trails the Health Care Select Sector SPDR Fund (XLV), 9.7%-6.7%, and has underperformed in three of the past five years.

“Second-level” research is what allows you and I to score monster returns like we did with UTF, while avoiding shiny but ultimately substance-light funds such as THQ.

Are You Worthy of $1 Billion?