2019 was a growth year for virtual and augmented reality (VR/AR)– known collectively as extended reality (XR). The presence of these breakthrough technologies began to be felt far away from the fields of gaming and entertainment, where they first became popular. 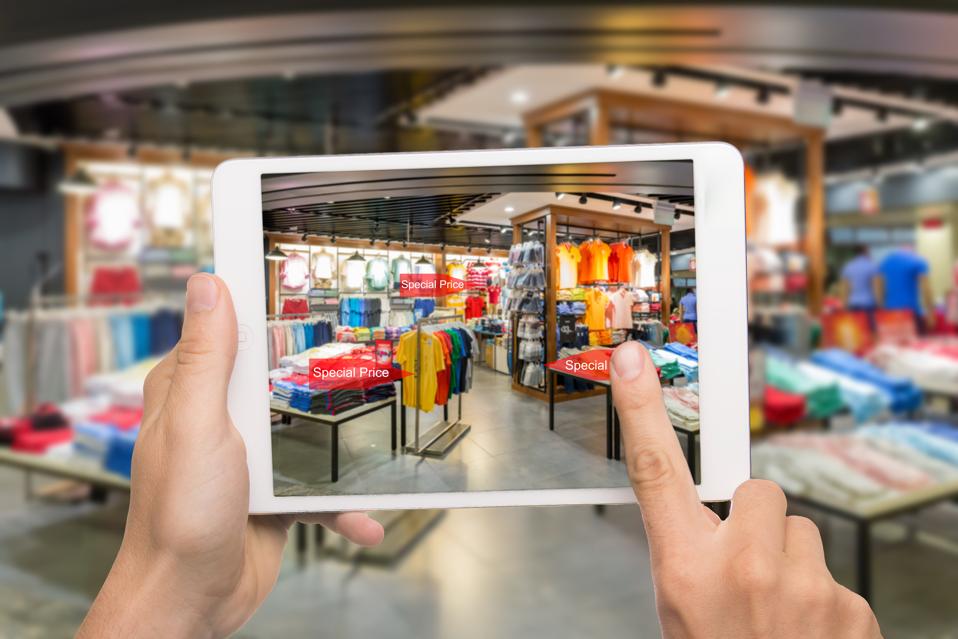 Virtual reality – where users wear a headset and are fully immersed in computer-generated environments – has been developed to meet design, marketing, education, training, and retail needs. Augmented reality – where computer images are superimposed onto the user’s view of the real world, through a screen or headset – is a more complex challenge, as it requires the software to “see” what is in front of it. But we’re getting used to seeing it used for more than adding cartoon features to selfie pictures or spotting Pokemon in the wild.

With global spending on XR technology is forecast to increase by 78.5% next year compared to this year, both technologies will be key trends to watch out for in 2020. We are likely to see a whole load of exciting new hardware offering even greater immersion and realism, as well as innovative use cases as industry gets to grips with what it can do.

Industrial use outpaces gaming and entertainment

Most people’s first experiences of VR and AR today are likely to be in gaming and entertainment. That’s likely to change, as research shows that the development of enterprise XR solutions is overtaking that on consumer solutions. The 2020 XR Industry Insight report collated by VR Intelligence states that 65% of the AR companies surveyed said they are working on industrial applications, while just 37% working on consumer products and software.

This shouldn’t be surprising – although games made the headlines in recent years thanks to Pokemon Go and Facebook’s Oculus Rift, the potential to boost productivity and safety using XR makes it an attractive proposition for industry. VR can be used to simulate working in dangerous environments or with expensive, easily damaged tools and equipment, without any of the risks. AR, on the other hand, can be used to relay essential information directly to the user about whatever happens to be in front of them – reducing the time spent by engineers, technicians, or maintenance staff referring to manuals and looking up information online while on the job.

XR takes off in healthcare

The potential uses for these technologies in healthcare are obvious, and over 2020 we can expect to see many of these use cases transition from trials and pilots and gradually into general use. Virtual reality has already been adopted in therapy, where it is used to treat patients with phobias and anxiety disorders. Combined with biosensors that monitor physiological reactions like heart rate and perspiration, therapists can get a better understanding of how patients react to stressful situations in a safe, virtual environment. VR is also used to help people with autism develop social and communication skills, as well as to diagnose patients with visual or cognitive impairments, by tracking their eye movement.

The adoption of AR in healthcare is forecast to grow even more quickly – with the value of the market increasing by 38% annually until 2025. AR can be used by surgeons – both in the theater and in training – to alert them to risks or hazards while they are working. One app which has been developed uses AR to guide users towards defibrillator devices, should they need one when they are out in public. Another one helps nurses to find patients’ veins and avoid accidentally sticking needles where they aren’t wanted. As these innovations and others like them lead to improved patient outcomes and reduced cost of treatment, they are likely to become increasingly widespread throughout 2020.

One of the biggest limiting factors with current XR technology is the need for encumbering headsets and display units. This is more of a problem with VR, where the powerful processing hardware needed to generate the graphics is usually contained within the headset. However, hardware devices have started to trend towards being “untethered” – For example, Facebook’s Oculus headset initially needed to be connected to a powerful PC, but this year became available as the self-contained Oculus Quest version.

As well as more mobile, headsets will be able to generate increasingly realistic “worlds” for the VR user to explore as the devices are fitted with more and more powerful processors. While early VR worlds were clearly computer-generated using low-resolution polygons, the vistas available to us in 2020 will move closer to reality, allowing for more immersive experiences. Possibly the most anticipated breakthrough will be Apple’s forthcoming 8K combined VR/AR glasses that will not be tethered to a computer or phone. The consumer tech giant is hoping that it will be the one to break XR into the mainstream with a high-end but affordable device, in the same way it did with the iPhone.

Super-fast mobile networks will further boost the potential of XR to strengthen its presence in entertainment and make further inroads into industry during 2020.

The potential for data transfer speeds of up to 3 gigabits per second – by comparison, the average home broadband delivers well under 100 megabits per second – means 5G should be fast enough to stream VR and AR data from the cloud. Rather than needing to be wired up to powerful PCs, or encumbered by on-board hardware, viewing devices will upload tracking data to data centers where the heavy processing will be done. The rendered images can be delivered back to the user in real-time thanks to the speed of 5G and other advanced networks.

Streaming VR has been possible in a limited way for a few years now – Facebook lets you do it with your phone, but the experience is limited due to data transfer speeds and low on-device processing power. Combining it with the cloud and 5G technology means designers of VR and AR tools will be unencumbered by the need to deliver their experiences into a low-bandwidth, low-powered environment. The result will be cheaper headsets and viewing devices and more realistic VR simulations.

More of us will learn through VR and AR

Educational experiences in VR and AR will continue to become increasingly common throughout 2020. The immersive nature of VR means that pupils can engage with learning in fun new ways, and AR brings new flexibility to on-the-job training.

Already students can take a trip through time to visit the ancient Romans, or through space to experience conditions on other planets. But as the technology becomes moves away from niche and becomes part of the fabric of everyday education, we’re likely to see growth apart from simply providing “experiences,” into solving problems with current education systems. Distance learners could be taught in VR classrooms, meaning they don’t miss out on the benefits of learning in a collaborative environment, while AR training aids can ensure that access to the information needed to carry out a job is always on hand.

You might also be interested in some of the best examples of how AR is already being used in business, which I discuss in this video:

This Is Why We’ll Never Detect Hawking Radiation...

Walmart’s Massive Sale Is Ending: Here Are The...