Breaking
Is An Internet Service Provider Revolution On The...
Why Selecting The Right Chairs And Tables For...
Walgreens Stock Looks Attractive At $35
How To Get CEOs And Board Directors Leading...
Bitcoin And Blockchain Are The ‘Future’ Of Twitter,...
COVID-19 Pandemic Has Birds Changing Their Tune
Beat Zoom Fatigue With These 6 Tips
How To Sustain (Or Sabotage) A Customer Service/Experience...
How, When And Where You Can See A...
New $2.2 Trillion Stimulus Bill Proposed—$1,200 Stimulus Checks,...
Why Do We Do What We Do? Manipulating...
California Brand Goes All-American As Amazon Bans Foreign...
The 3 Best Analytics Companies of 2020
Senator Cory Booker: Supporting Small, Minority-Owned Businesses Will...
Trump’s Taxes Are Finally Leaked—What’s Next?
Washington Heats Up Ahead Of First Presidential Debate:...
Home Finance The Art Market Is Beating The Stock Market
Finance

With everything that is happening, are art prices falling off a cliff?

The answer? Not at all.

How did I find out?

I turned to the most objective data available: auction prices. As publicly-reported sales between knowledgeable and willing buyers and sellers, they are not unlike stock trades. I then developed the equivalent of a Dow Jones Industrial Average for art. As the Dow includes blue chip companies, this art index needed equivalently blue chip artists. To represent Modern art, I chose Picasso; for Contemporary, Warhol. For 21st C. artists, I needed to create a basket including Banksy, Yayoi Kusama, KAWS, and Damien Hirst.

I then gathered the sale data for works by these artists over the last week, focusing on their prints. Why prints? To gauge how the values have been changing, I needed to compare apples to apples. Each print in an edition is essentially identical to the next, (barring, for the most part, condition). Thus, when I discovered that an example of Damien Hirst’s print Valium 2000 had sold last November for $15,080, and that another example had sold this week for $17,427, that implied a 16% increase in value. 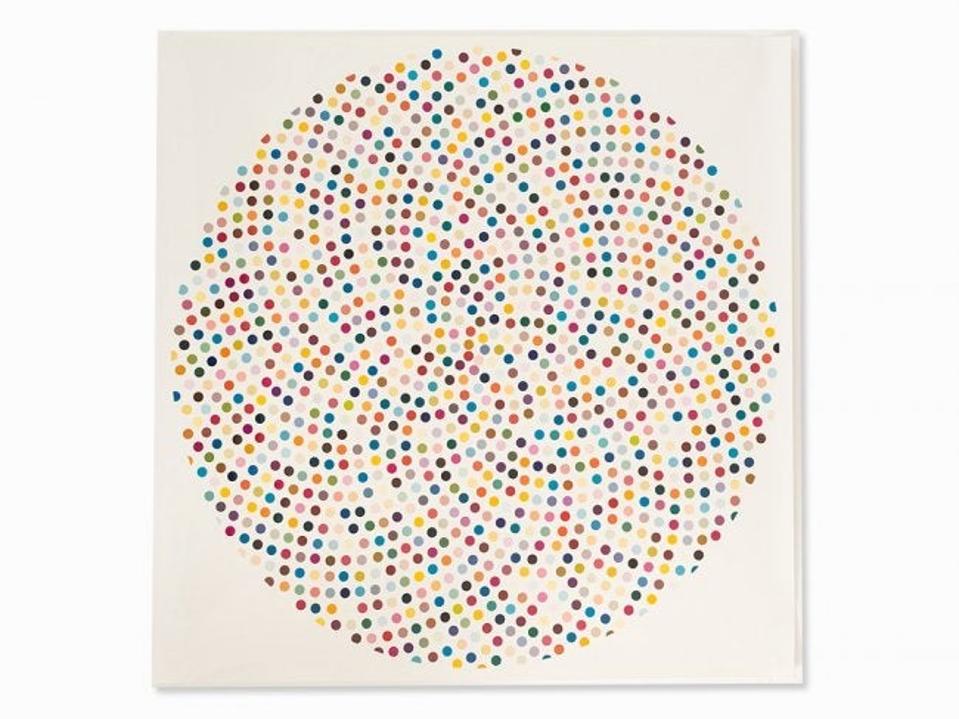 As for the breadth and timeliness of the data gathered, the following might be noted. Between the recent data and the pre-pandemic data, I ended up gathering information on sales in the U.S., England, Japan, France, Germany, Mexico, Italy, Sweden, Austria, Switzerland, and Hong Kong. The earlier sales almost exclusively dated from just the previous year. For comparative purposes, the Dow was at 25,626 a year ago today, and, as of this writing, it has lost 15% of that value. How, then, does the art market stand today?

Let us start with the basket of 21st C. artists. Much to my surprise, three of the four I had randomly selected showed an increase of precisely 16% over their pre-pandemic prices. I had been prepared to see dramatic differences of, for example, +67%, -122%, +3%, -25%, etc.. That there was such consistency was entirely unexpected. As for the one outlier, KAWS, even the change in his market was well within the ballpark: +10%. Ultimately, averaging the four data point yielded +14.5% for 21stC. artists.

Moving back in time to Warhol, I calculated that his works have just about maintained their value after this tumultuous week, down only -3%. Still, that modest decline must look pretty appealing to many investors right now. 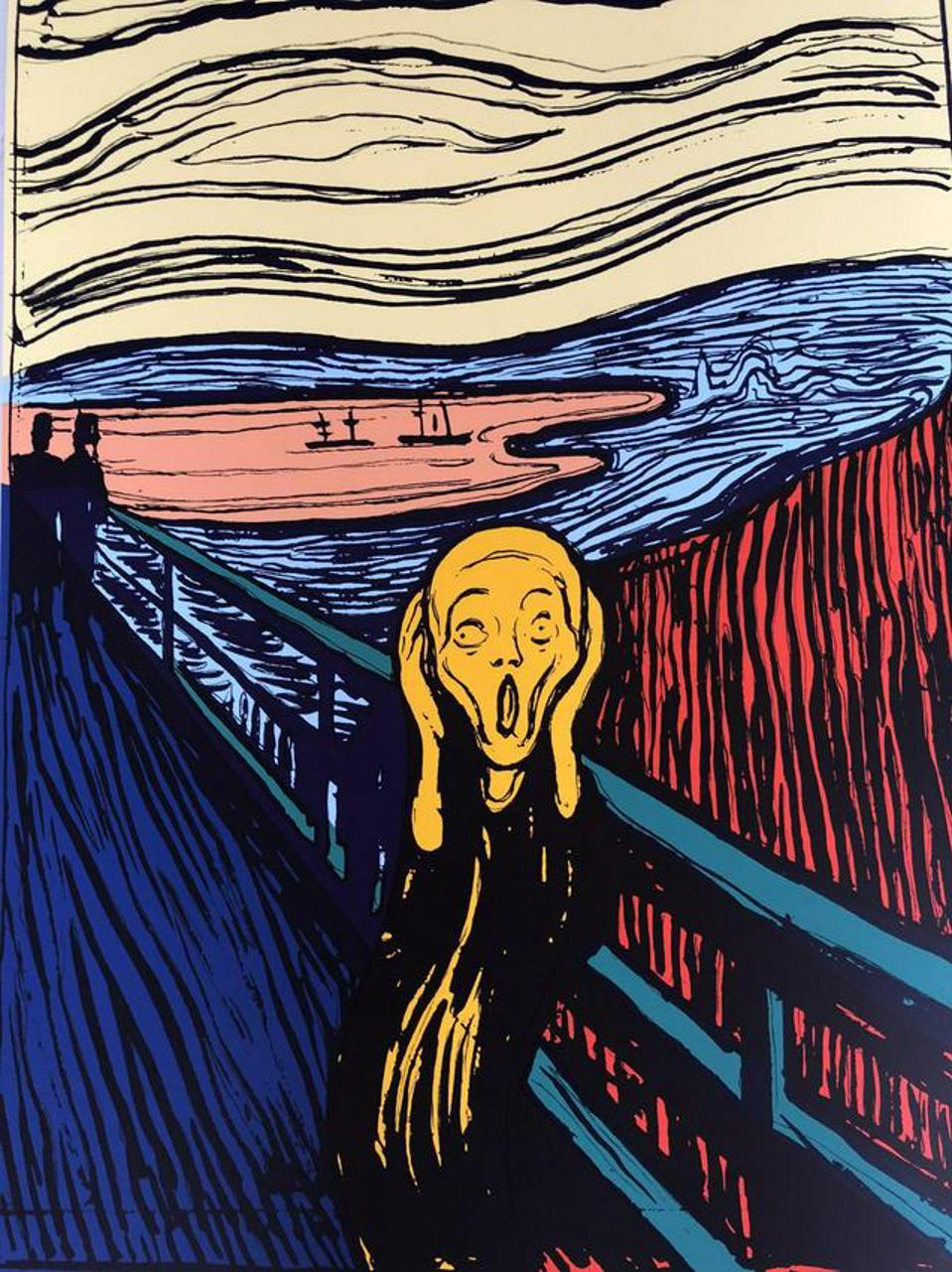 Andy Warhol, “The Scream (After Munch)”, serigraph, one of the works used in the analysis

Finally, as for Picasso, his prices are up a staggering 41%. Personally, I would advise against selling all of your 7% savings bonds and buying Picasso’s instead. This is likely a statistical anomaly, but, again, the fact that his market has at the very least not plummeted in the current climate is noteworthy. 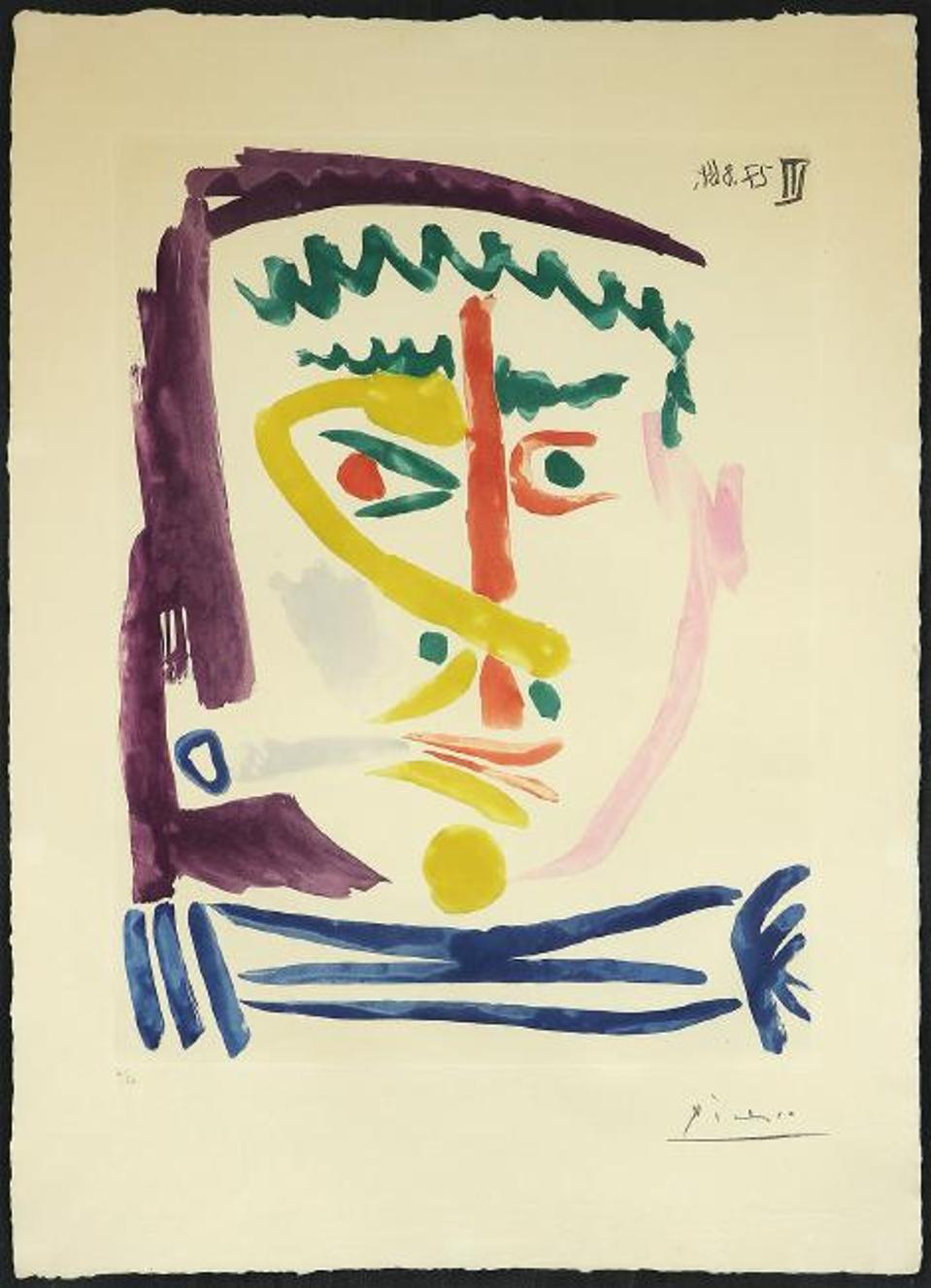 Why, then, would art be faring better than stocks right now? One possibility might be that those who have been pulling out of the stock market are looking for new investment opportunities. Besides, there is the added benefit that you can enjoy art in your home.

I do feel obliged to offer three major caveats here, (*- and minor ones below, for those of you interested in the details). The worst of the pandemic has yet to hit the U.S., and I only had access to one week’s worth of sales. Since retail gallery sales are neither publicly available nor objectively verifiable, they were not used in the analysis. Ideally, many more artists would be included; owing to the paucity of data, the options were severely limited.

That having been said, I do conclude that the art market has not taken the same beating as the stock market. In light of the paucity of data, though, it cannot yet be concluded that it is actually making money. What I found, though, is encouraging.

(*- The above analysis is intended to offer a very preliminary sense of the direction in which the art market is headed. Quite simply, that none of the randomly selected artist markets has steeply declined over the last week is the major take-away. Once more data are available, it may be possible to produce a much more thorough analysis, incorporating hundreds of sales of works by a broad range of artists of all media and periods. In that case, the effects of the many variables which affect individual sale prices, [condition, currency fluctuations, time of year, auction houses] can either be incorporated or minimized. Last, an analysis was also conducted to determine how the market for traditional 18th/19th C. art has been faring, and the results implied that it had not plummeted either. It did, though, require a different methodology, and that will be explored in another analysis.)

Your Guide To The Federal Stimulus Package