Breaking
Why Do We Do What We Do? Manipulating...
California Brand Goes All-American As Amazon Bans Foreign...
Trump’s Taxes Are Finally Leaked—What’s Next?
Washington Heats Up Ahead Of First Presidential Debate:...
Systemic Racism Leads To Disparities In Nursing Home...
The New Regular: Prepare For Conflicts Of Customer...
Web VR.0 – Have VR Websites (Finally) Arrived?...
This Next Evolution Of Ecommerce Did $18 Billion...
IRS Taxes Most Lawsuit Settlements And Exact Wording...
13 Questions To Answer Before You Die
Just Launched: Long-Term Stock Exchange For Companies Building...
How To Make Your Savings Work Harder For...
Xbox Series X Hands On Previews Reveal 70-80%...
How Business Leaders Can Rethink, Redesign And Reimagine...
How To Make Peace With Your Internet Passwords
37 ‘CS:GO’ Coaches Banned For Cheating With More...
Home Business The Baltimore Orioles Should Trade Trey Mancini…Now
Business 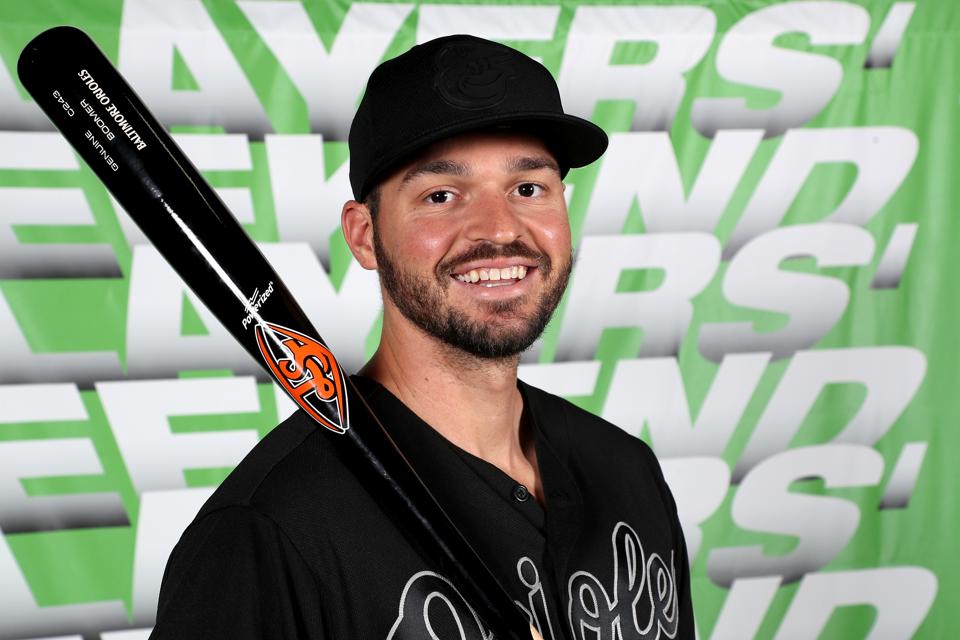 BALTIMORE, MARYLAND – AUGUST 23: Trey Mancini #16 of the Baltimore Orioles poses for a portrait … [+] during MLB Players Weekend at Oriole Park at Camden Yards on August 23, 2019 in Baltimore, Maryland. (Photo by Rob Carr/Getty Images)

The Baltimore Orioles have a great need for pitching. Pitching that comes in body types of any size and shape. They need starters and relievers. Truth be told, the club needs position players as well. They need guys that can hit and pitch. Urgently.

This writer still loves going to Camden Yards. There is a charm and atmosphere in the environment in and around the park that few venues can offer. Eutaw Street, with vendors selling outstanding ballpark food adjacent to the warehouse wall outside right field, makes Orioles Park at Camden Yards a terrific place to soak in big league baseball.

As of this point in the offseason, little relief is in sight for what has traditionally been a very loyal fan base.

There are few compelling and exciting players on the Orioles roster capable of putting fans in the seats. They don’t have a Mike Trout or Aaron Judge. They really don’t have a star who’s name is on the lips of casual baseball fans.

They do have one position player that stands out in a very positive way. Right-handed hitting Trey Mancini is a quality major league player. He is probably the most dangerous hitter on the team. Mancini will begin the 2020 season at the prime baseball age of 28. For the coming season, he is signed to a very reasonable $5.7 million dollar contract. He won’t become a free agent until 2023. That control is valuable. Very valuable.

In the opinion of this old scout, the Orioles would be foolish to enter the next season with Mancini on their roster. With him, they might show improvement this coming year. But with the bounty Mancini might be able to bring in trade, their future might be much brighter, much sooner.

Trading Mancini now instead of waiting would be a practical decision.

The Orioles have made plenty of mistakes in the recent past. Perhaps the biggest was signing first baseman/designated hitter Chris Davis to a 7-year, $161 million dollar contract in 2016. At the end of 2022 they will shed themselves of the weight of that deal. That one move has likely persuaded ownership to shy away from expensive and long-term contracts. That one move likely set the franchise back a number of years.

It is time to correct past matters and let the proud Birds fly.

Now, in this offseason, the Orioles must find a way to dig themselves out of major league baseball’s lowest echelon. Trading Mancini for young, controllable major league ready prospects is one way to begin their exodus from the doldrums.

Most teams in the American League east are far more competitive at this point than the Baltimore Orioles. The Orioles as they are now constructed cannot compete with the Yankees, Red Sox, or Rays. They may have a chance of finishing higher than the Blue Jays, but that’s unlikely.

Orioles fans, and there are plenty of them, deserve a much more competitive team. Now. In this coming season.

This is not to say that trading Trey Mancini will be the transaction that turns the franchise from meh to wow. This is, however, to say that trading Mancini can be the impetus that ignites the future. Mancini has value. Other teams can use his big bat.

Mancini is a big guy at 6-4, 215 pounds. He has hit very well in parts of four big league seasons playing first base, left field, right field and serving as a designated hitter.

Trading Mancini now could probably provide Baltimore with a maximum return. Waiting may be risky. He could decline this coming season and take his trade value with him in the process.

Last year, Mancini hit .291 while smoking a career best 35 home runs. On a weak offensive club he drove in 97 runs. Scoring 106 runs was partially due to 63 walks he drew hitting in the middle of the lineup. He had an outstanding year. To this scout’s way of thinking, there is more offensive firepower to come.

With home runs in baseball spiking dramatically, Mancini could fit in the middle of a batting order that needs power. If they can identify controllable pitching and a solid prospect bat, the Orioles could fill a couple glaring holes for their organizational depth chart.

Trey Mancini is at the point in his career when his contract value will increase markedly. If they keep him, Mancini will be taking the Orioles to his big pay window. Ultimately, if it is with Baltimore or with some other club, Mancini will find his pay day.

The Baltimore Orioles do have some players capable of helping them in the near future. Trey Mancini is one. However, it will help them most if he is wearing a different uniform this coming season.