Home Technology The Benefits Of Automation In Today’s Workforce
Technology 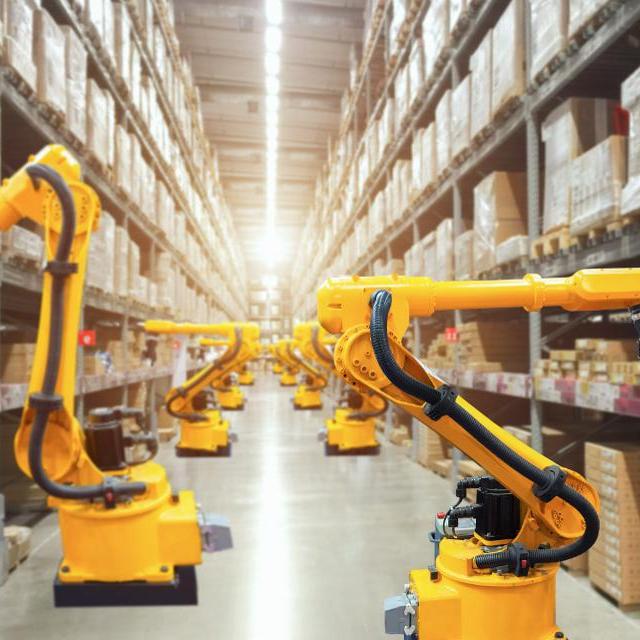 The headlines paint a bleak picture of technology’s impact on modern workers. Many people are concerned that industrial robots and automation will be detrimental to blue-collar workers.

But is it well-founded, or has the negative hype been overblown?

From my perspective, based on my experience in retail technology and crafting innovative solutions, the truth is that modern technology does not present a major threat to today’s workers. On the contrary, human workers could benefit from robots in a number of surprising ways. However, I believe it will take some adjustments to the way we approach work, if we’re going to reap the benefits automation and robotics have to offer.

When robots and automation are implemented in a business effectively, they don’t replace jobs. They augment them to drive greater productivity. In fact, some research has shown that robots are actually driving the creation of new job positions. The difference in these jobs has to do with skill set. And since they require higher skill levels, the jobs they’re providing have the potential to produce higher wages. That said, this shift in the industry will create a barrier for some workers who do not have the required accreditations for these higher-skilled jobs, but several companies have taken measures to overcome this. Many are choosing to invest in their employees’ education in order to broaden their skills, including Amazon, L’Oreal and Adobe.

Contrary to common belief, the future isn’t likely to become wholly automated. Instead, it’s more likely that we’ll enter a future where people work alongside robots. According to the International Federation of Robotics, less than 10% of jobs can be completely automated. Robots aren’t replacing jobs. They’re simply removing repetitive activities that were once part of certain jobs, freeing up human workers’ valuable time to focus on more important, dynamic work.

Creating additional time for workers to focus on higher-level tasks isn’t the only benefit of introducing automation. Small-to-medium-sized businesses (SMB) benefit from robotics because of increased efficiency, which helps level the playing field between those businesses and their larger competitors.

Before we start worrying about robots stealing jobs, we ought to consider the many tasks they take on that actually benefit human workers. Think of those that require being present in a toxic or dangerous environment. Removing human workers from these environments, such as warehouses that store hazardous materials or jobs that require extremely heavy lifting, and freeing them up to focus on more complex tasks could be a win-win for both parties.

In addition to the dangerous jobs robots could handle, there are also the roles that many people might prefer not to do altogether. These roles that are focused on mundane tasks, such as conducting inventory counts, can often prove hard for some businesses to fill. Industries like supply chain and retail could stand to benefit the most from automation, in order to keep up with increased demands and ensure the safety of their employees. Using robots to fill these open roles can save an organization time and money, which could be better spent on training their workers for higher-skilled jobs.

We should also consider the impact repetitive jobs can have on retention. When employees are forced to do an unfulfilling job, they are more likely to pursue other opportunities. Although automation may cost an organization upfront, in the long run, the benefits gained could far exceed the initial costs. By prioritizing staff development for more satisfying jobs that they are interested in and allowing robots to handle mundane tasks, businesses can keep great talent and avoid extra costs associated with filling open positions.

When deciding if robotic automation is a good fit for their organization, business leaders should assess a few things. First, determining their customer mission will be extremely important. Automation is not just a benefit to the company but to the consumer as well. Understanding what their consumers want will help leaders decide how to implement automation in a way that supports their operations.

Another best practice is to identify your organization’s pain points and opportunities. This portion of implementation alone is critical for ensuring the success of automation in your workflows. Without a basic understanding of what you’re trying to improve, you risk losing the full benefits of your investment.

Before rolling out automation, companies also need to consider their employees and how best to support them for collaboration with robots. Developing a learning plan and rolling it out to employees before implementing automation will help reduce learning curves and improve the acceptance of automation in worker environments.

As with any new change, some learning curves and challenges can be expected. Customer adoption and how they utilize automation within their current processes and daily workflows is one such change we can expect. Simply adding automation isn’t enough. Customers will need to recognize and decide on the appropriate implementation of automation for their organization’s specific needs.

The other challenge we can expect is some lack of acceptance. For front-of-store applications of robots, such as in retail for stocking shelves, it will take some time for consumers to become used to the idea of vehicles moving around them in stores. Data privacy concerns are also top of mind for many consumers, so the implementation of any new technology always brings this concern to mind.

Automation Can Be A Friend, Not An Enemy

Robotics and automation could have the power to spur unprecedented economic growth and productivity, and as we’ve learned, aren’t as threatening to jobs as some might believe. As the public becomes more familiar with the benefits of automation and robotics, I believe human employees will begin to view robots in a more positive light.

With Vans, Tony Hawk Looks Back While Moving Forward