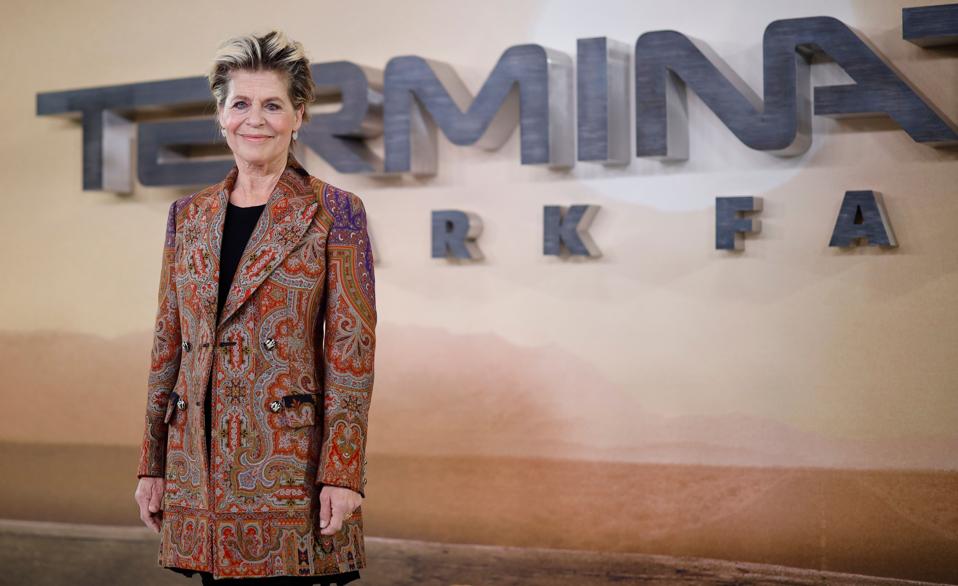 Actor Linda Hamilton poses during a photo call to promote the film ‘Terminator: Dark Fate’ in London … [+] on October 17, 2019.

“It was the worst and the best thing that I’ve ever done,” laughed Linda Hamilton. “Not the film itself, but it was pretty much almost a three year run for me. Just the training that was required on this as well as my being a woman of a certain age. I was hard.”

Terminator: Dark Fate reunited the actor and her co-star Arnold Schwarzenegger in their iconic roles for the first time since Terminator 2: Judgment Day. This sixth entry in the franchise picked up directly from those movies.

“I really did get in there for the first time in my career,” she added. “I had such a vested interest in the character; I felt like I had to because this felt like the bookending of a long journey for me. I felt like I owed it to Sarah Connor.”

“At the very beginning, when I thought this script was not going to get into shape, I just had an existential crisis. But, when we got our rhythm going, and I totally trusted and loved my actors, we just worked so hard, and it took everything we had every single day.”

Hamilton continued: “Honestly, I was surprised that I returned at all. I never saw it coming. I hoped never to have to play Sarah Connor again. Here’s a woman who suffers so much, I did it well twice, and I never saw myself coming back to diminishing returns, but the passage of time intrigued me. For me, it was a one-shot deal.”

Even though the Hamilton and Schwarzenegger reunion didn’t light the fire in the belly of the franchise many hoped for, she is resolute about her decisions.

“I think pretty much the surprise here is that Sarah Connor is really old, so I decided to embrace that and see what this old warhorse brings to the table. Those were the things that instructed my wanting to do it,” the actor mused. “I don’t ever think about a franchise or the beginning of something; I just know that I’ve got to bring more at this age than I did over 20 years ago.”

“Just as a function of age, I can’t be the same Sarah Connor. I spent a year filling in the blanks, working with myself mentally and emotionally to get to my darkest places, my greatest sorrows, and disappointments, because that’s pretty much what she’s lived in for 25 years. I think an audience should be surprised when a major iconic character returns to the screen. That’s what made the difference between the first and second Terminator movies so special. She ain’t what you expect when Judgment Day opens, and I wanted to do that again.” 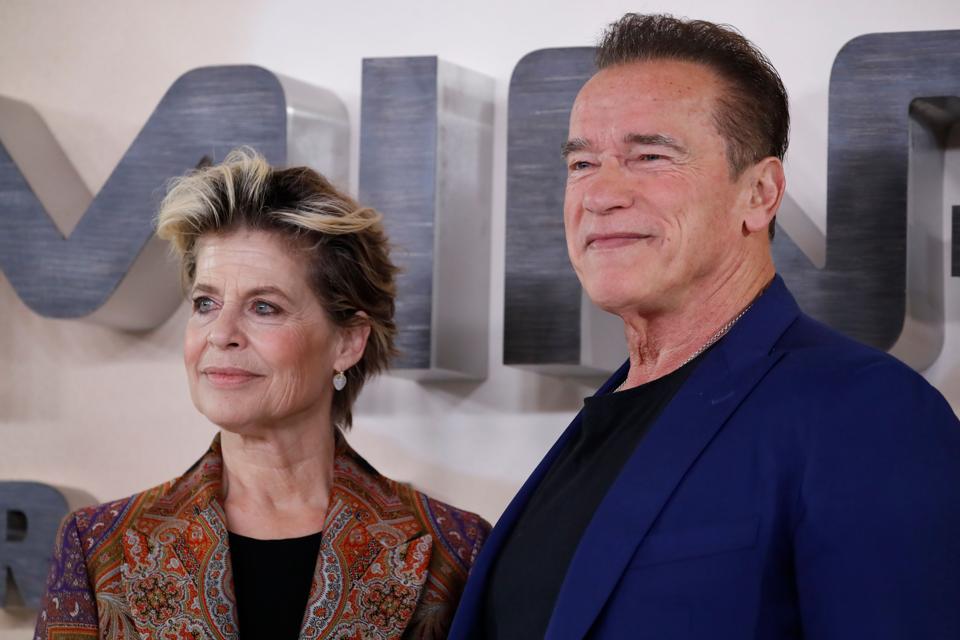 While Terminator: Dark Fate didn’t put the anticipated butts in seats in theaters, Hamilton is hopeful that now it’s available to watch at home, it will find a bigger audience.

“There are many, many moments that didn’t make it to the screen, and I always feel that a little more is better than not enough. Being able to see that footage and the extended scenes on the DVD and the Blu-ray gives you an even more complete idea of what we gave as actors,” she enthused.

However, that won’t be happening in her house.

“I’ll be honest with you. I haven’t seen the extended scenes yet because I find it very hard to watch myself, no matter what the movie is,” Hamilton confessed. “I’ve seen Terminator: Dark Fate once, and I will be hard-pressed to watch a second time. It never serves me to stand outside and look back; it doesn’t serve anybody. I only saw it the first time because I loved Tim Miller, the director, and Natalia Reyes, and MacKenzie Davis so much that I felt I owed it to them to see it, but it’s painful for me.”

It appears that Dark Fate may be the end of the road for Hamilton as far as the Terminator franchise goes. However, at a time where classic TV shows are being revived and reimagined, would she consider a return to the role of Catherine Chandler in the 80s show, Beauty and the Beast in which she starred alongside Ron Perlman?

“I don’t see that happening,” the actor laughed. “I love Ron, but I mean, come on. Imagine what they’d have to do digitally to my face for every scene. Today’s public would never buy a 63-year-old’s story. You know what? I know what happens in this very, very cosmetic world. It is pretty much 99 to 1 that will never happen. But never say never.”

Mindset Matters: Defining Human Sustainability Through The Lens Of Disability And The Importance For The Business Of Tomorrow

Ghislaine Maxwell Lawyers Ask For Her Release On...