The Best (And Worst) Christmas Classics, Ranked By Moral Lesson 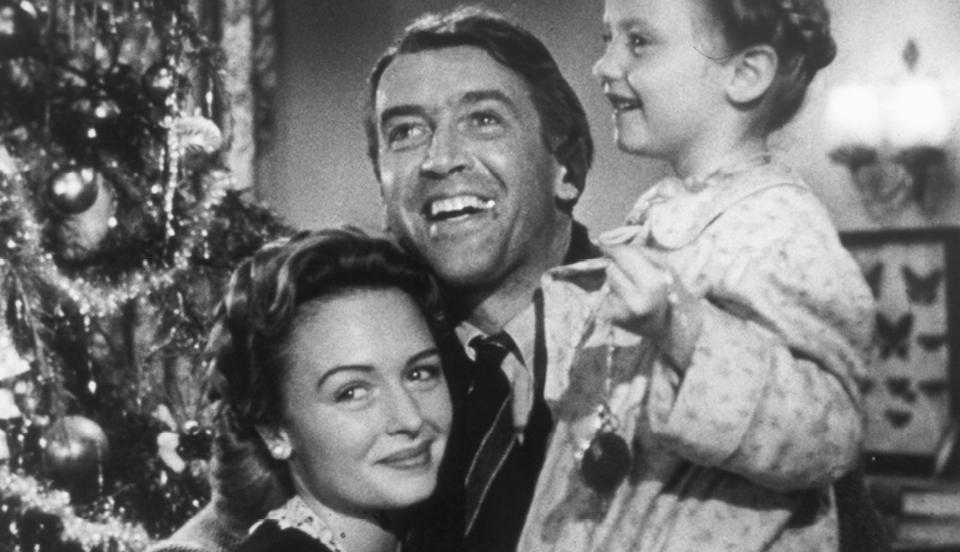 There are so many, many ways to choose a Christmas film for our family viewing pleasure. Prefer old-school classics? It’s A Wonderful Life, White Christmas, or Rudolph the Red-Nosed Reindeer are always solid choices. Want something with a newer touch? Maybe Elf, Bad Santa, or more recent films like A Christmas Prince will suit you. For Horror, Rare Exports, Krampus; action has Die Hard (yes, it counts)… so many choices, so little time.

(And remember: there may be other lessons you can pull from these films—films often have many. But here are what I subjectively take to be the major ones.)

Lesson: Don’t make fun of anyone. Alternate: You’re as valuable as you are useful.

Okay, I LOVE this special. I watch it every year. From the classic animation to the giant snow monster to the songs, this is an incredibly fun classic holiday film. The film tells the story of Rudolph, commonly teased and rejected by the other reindeer for his bright, glowing red nose, until Santa needs him to light the way in a stormy, stormy night.

My love for the film notwithstanding its moral lesson is a little messed up. At face value you could interpret it as an admonition against judging and rejecting others for being unique, BUT Rudolph is only accepted once he’s needed and ‘useful’ to Santa’s cause, not before. And it doesn’t help that Santa doesn’t aid Rudolph when he’s mercilessly picked on. Tsk tsk.

Lesson: Believe in Santa. Alternate: If you kill Santa you get his job.

Tim Allen plays Scott Calvin, a divorced toy salesman who does not believe in Santa… until he accidentally kills Him. He puts on Santa’s suit and delivers gifts as Mr. Claus himself. Long story short, he eventually embraces his new role as the deliverer of goods, the magical man himself, Santa Claus.

This is a fun film, and I sure liked it growing up. That said, Scott Calvin’s arc is really just believing in Santa—that’s the arc of many characters in the film, and he believes in him because he became him. And he became him because he presumably killed Santa and then replaced him. And no one really seems to mind that much.

Lesson: Appreciate your family. Alternate: Be prepared to absolutely destroy anyone on your turf.

After a series of fights with his frustrating family, Kevin McCallister wishes his family would disappear on the eve of their Christmas vacation. Through a long series of circumstances, he oversleeps and they accidentally leave without him, causing him to believe his wish came true. Now home alone (surprise!), Kevin has to defend his house from two bumbling burglars using a variety of dangerous home-made traps. The second film sees Kevin stranded in New York, facing off against the same bumbling criminals: equally fun film, similar message.

These movies are fun and still some of my favorites, and technically all the characters learn to appreciate family despite disagreements. That’s nice. BUT the vast majority of both films (and the crisis that leads to family appreciation) centers around (1) two criminals trying to hurt or kill a kid, and (2) that kid making death-traps for two stupid but potentially dangerous criminals. I mean, Kevin is a prototypical supervillain with his ability to make anything dangerous… a bit shocking really. Fun film, good watch, scary implications.

Lesson: Reject Christmas commercialism. Alternate: Sometimes all you need is a little love.

A depressed Charlie Brown struggles to find the meaning of Christmas. He gets involved in a nativity play and goes on to find a Christmas tree, getting progressively annoyed with the holiday’s commercialism. He brings home the smallest (but only real) tree at the lot, a pathetic little thing that others make fun of. He takes it home, decorates it anyway, and upon the tree getting ‘a little love’ it grows into a thriving, beautiful tree. It’s a lovely lesson on loving things for what they are / finding their inherent value, and on rejecting commercialism in favor of finding that real value. Plus, it has a great soundtrack. Solid take-home lessons.

Lesson: Be kind and generous with others in need.

This classic musical has everything… warmth, great songs and set pieces, love… it’s a lot of fun, showcasing the value of being kind and generous with those in need (and particularly those who have meant so much in your own life). A great, classic watch.

Lesson: Never despair, the world is so much better with you in it. Alternate: No one is a failure if they have friends.

George Bailey has everything—a beautiful family, loving wife, and the deep respect of the community. He’s spent his entire life at the Bailey Brothers’ Building and Loan, making so many local families able to build good lives (at the expense of the local slumlord, Henry F. Potter). He suddenly loses everything when a tragedy strikes his business, threatening him with the closure of the Building and Loan and even jail. Despondent, he nearly commits suicide until a guardian angel, Clarence, intervenes.

Such a serious premise provokes a beautiful meditation on the impact one good person can have, and that even if someone feels like an abject failure they’re not… they’re just missing how much love and joy they’ve brought others. A heartwarming classic, with a great lesson.

1. A Christmas Carol (many versions)

Lesson: Put others before profit / selfishness. Alternate: (The universe will terrorize you if you do…)

Ebenezer Scrooge is a miserly spendthrift who is cruel to everyone, hates Christmas, and loves only money. He’s visited first by a ghostly apparition of his old business partner Jacob Marley, informing Scrooge he’ll be further visited by three spirits to give him a chance to change his ways: the ghosts of Christmas Past, Christmas Present, and Christmas Future. Through looking at the events of his past, the effects of his present, and the legacy of his future, Scrooge learns that money doesn’t matter—people do. A classic.

This classic story has a clear take home lesson: put others before your profits and selfishness. Be kind, thoughtful, considerate. What happens if you don’t? Your legacy will be terrible, the world will be worse for your existence, and the entire universe will terrorize you until you learn the error of your ways and correct course. Admittedly it’s a little intense, but there is no better story telling the importance of thinking of others first and Scrooge always has a full-fledged turnaround. Beautiful to watch.

These seven Christmas classics are great watches for the holiday season… but if you’re looking for that right take-home lesson maybe some are better than others!

Pier 1 Sinking Half Its Stores; Is Bankruptcy...

The Future Of Workplace Wellness