Breaking
Time For IMF Climate Coin (1/3)
Why Getting On TV Is Your Best Marketing...
Ask Larry: Can I Take My Social Security’s...
Students Can Get Hulu For Just $1.99 Per...
Documentary Calls Out Stereotypes, Issues Urgent Call-To-Action For...
The Best Preferred Stocks For 2021
China’s Rare Earths ‘Slump’ A Sign Of Domestic...
5 Ways To Promote Team Wellness This Winter
How To Refresh Your Business Ideas In The...
Yelp Is Now Accepting Covid-19 Safety Reviews …And...
What You Should Consider Before Entering An Intrafamily...
The Hidden Drag From The S&P 500 That...
The Flawed Inflation Narrative; And “V” vs. “U”
How, When And Where You Can See A...
Why You Should Stop Using Your Facebook Messenger...
IRS Collections Appears To Be Broken
Home Finance The Bitcoin Price Has Outperformed All Other Major Asset Classes Over The Past Year
Finance 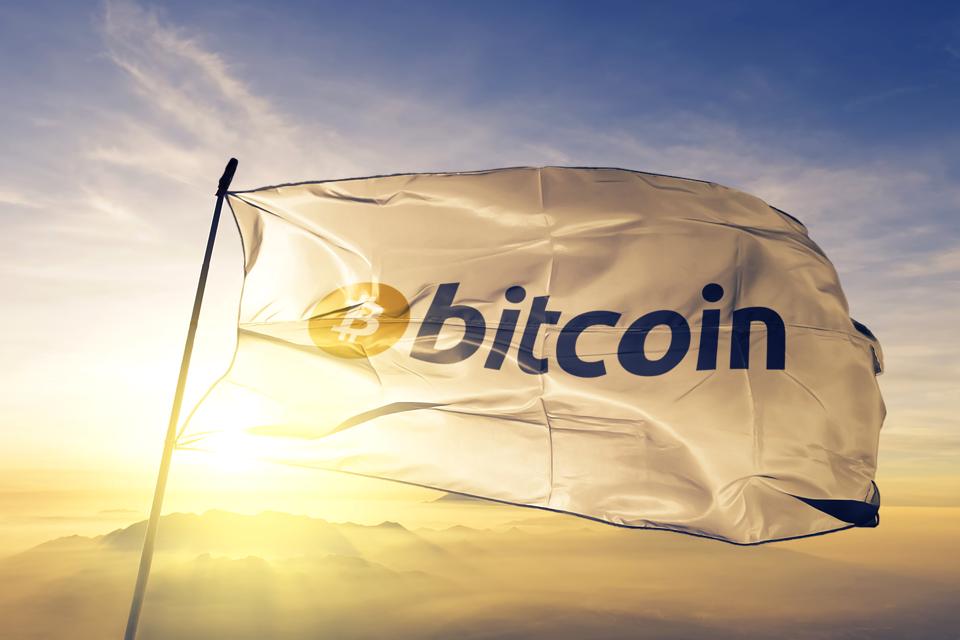 Much like basically every other asset in the world, the Bitcoin price fell sharply around the time COVID-19 was officially declared a pandemic by the World Health Organization on March 11th. While the price has recovered somewhat since the lows below $5,000 were hit on March 16th, Bitcoin is still down more than 30% from the year-to-date highs hit in the middle of February.

Overall sentiment around Bitcoin appears to be on an upswing, in large part due to the various stimulus packages announced by governments around the world, which will be paid for via borrowing and the creation of more fiat currency.

Indeed, Social Capital CEO and former Facebook executive Chamath Palihapitiya recent shared his belief that the probability that Bitcoin will be worth millions of dollars per coin has risen from 1% to to 5% or 10% in the face of the current economic crisis.

Additionally, the Bitcoin’s third halving event, where the amount of new Bitcoin created roughly every ten minutes will drop from 12.5 to 6.25, will take place next month. According to Blockware Solutions CEO Matt D’Souza, this upcoming transition to a lower issuance rate will create a “perfect storm” for the Bitcoin price.

On top of that, a new report from digital asset research firm Delphi Digital has shown that Bitcoin has performed better than just about everything else over the past year.

The Bitcoin Price vs Everything Else 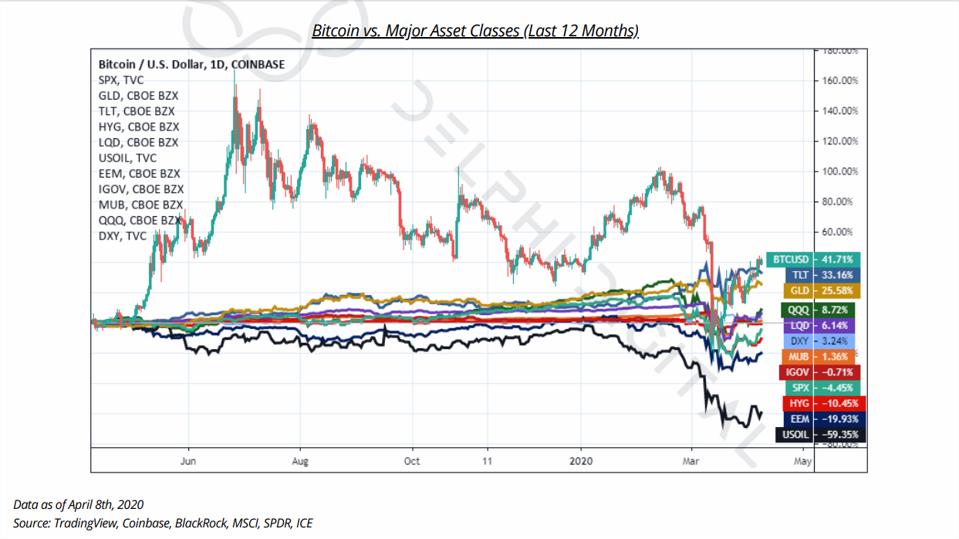 In Delphi Digital’s most recent weekly market commentary, lead analyst Kevin Kelly pointed out that, despite Bitcoin’s recent price volatility, the crypto asset is up around 40% over the past 12 months.

“There are a handful of asset classes boasting positive returns this year and crypto is one of them,” wrote Kelly in the report. “Bitcoin’s latest rebound pushed its year-to-date return back into the black as investors continue to digest countless headlines surrounding monetary and fiscal policy responses to COVID-19. We often remind ourselves to take a step back as arbitrary time horizons can muddy or even mislead investors. With that being said, we’d like to quickly point out that bitcoin’s outperforming just about every major asset class over the last 12 months (+40%) despite its most recent +50% drawdown. Again, time horizons matter.”

As indicated by the above chart, no major asset class has performed as well as Bitcoin over the past year. That said, when reached for comment, Kelly pointed out that there are some individual assets in these categories that have been able to outperform Bitcoin on their own.

“There are a few subsets of asset classes that have outperformed BTC, like palladium for example, even though precious metals as a group have not,” said Kelly.

A Growing Correlation with Stocks

Additionally, the recent Delphi Digital report covered a correlation between general market volatility and downturns in the Bitcoin price. “If stocks sell-off, it wouldn’t be the first (or the last) time bitcoin follows suit,” adds the report.

Earlier this month, Bitcoin hit new all-time highs in terms of its correlation with the S&P 500. Last year, data showed an increasing correlation between Bitcoin and gold; however, the current economic turmoil has led to Bitcoin performing much more like the stock market.

During This Daunting Time, Use Extraordinary Customer Service To Grow Two-Way Customer Loyalty