Breaking
Three Essential Components of a Successful Small Business
Pandemic Pet Adoptions Add To Chewy’s Tailwinds, But...
How to Use LinkedIn’s Social Selling Index Like...
Strong Revenue Trend Could Drive EXACT Sciences Corporation...
9 Things To Know Before Starting A Business
‘Game & Watch: The Legend Of Zelda’ Will...
The 9 Fundamental Components Of A Startup Pitch...
How to Get Results from Broken Link Building
Florida Supreme Court Tells The American Bar Association...
How to Write Perfect Paid Social Media Marketing...
How Restaurants Can Design a More Sustainable Food...
Expenses That Small Business Owners Need to Be...
How You Can Make Saying Goodbye To The...
Biden To Meet Royal Family At Cornwall’s Eden...
It’s Going To Be Emotional — Going International...
Peer Mentoring For Students: STEM & Buds
Home Business The Boxing On TV And Live Stream Schedule For February 2020
Business

The Boxing On TV And Live Stream Schedule For February 2020 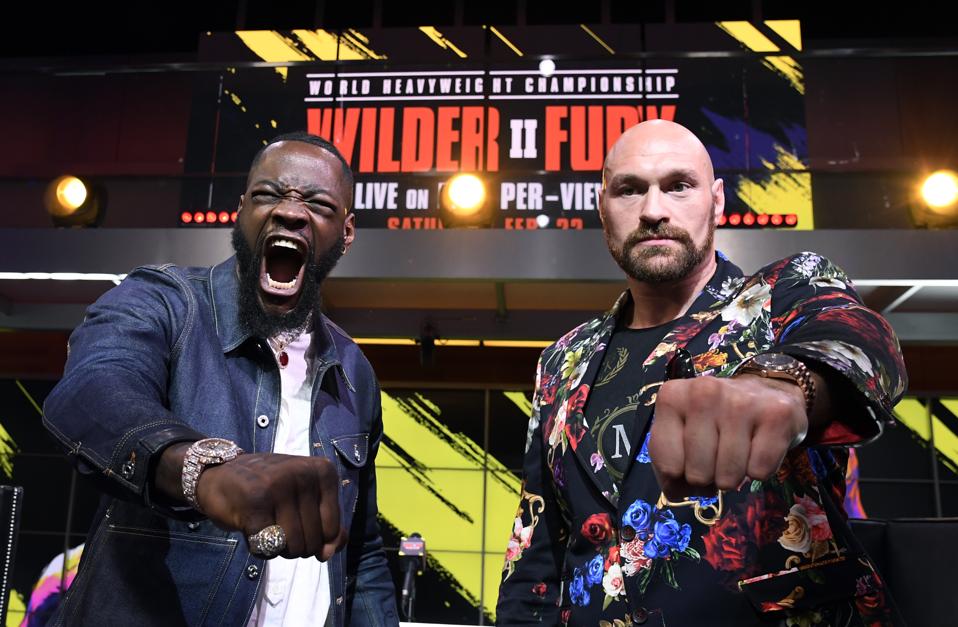 February is Black History Month, a leap year, and an important stretch for the sport of boxing as almost every weekend has an intriguing fight. The big one takes place on February 22 when one of the most significant heavyweight fights in decades commands the sportsworld.

WBC Heavyweight Champion Deontay Wilder will defend his title against Tyson Fury in a highly anticipated rematch that should set the pace for the rest of the division.

Here is a look at the entire boxing schedule for the month of February. 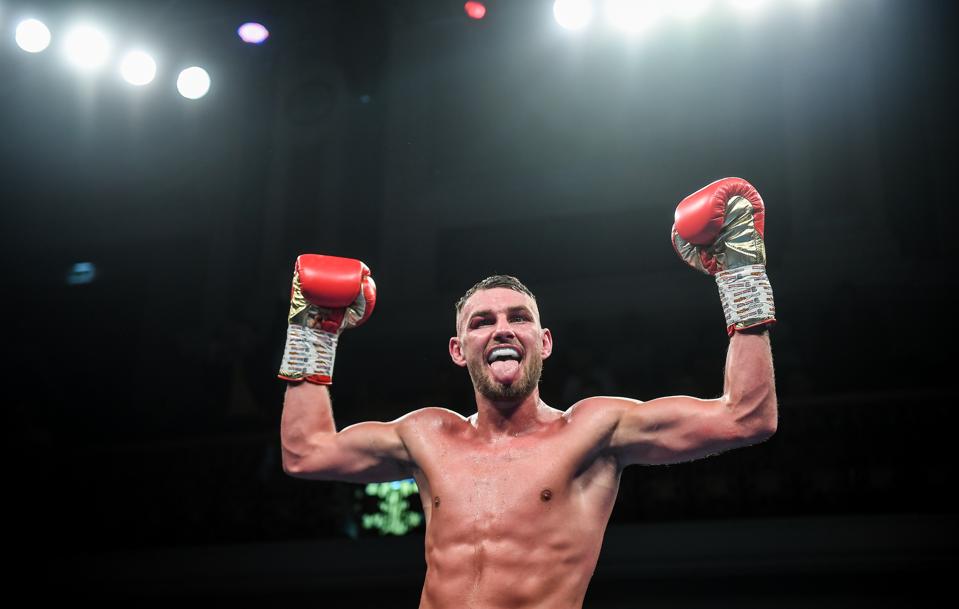 The Belfast, Ireland card features promising and undefeated Irish fighter Sean McComb (6-0, 4 KO) headlining against veteran Mauro Maximiliano Godoy (32-5, 17 KO). Hopes are high for McComb and he’s positioned nicely with ESPN+ to shine if he can continue to win and look impressive.

The 6’0” 27-year-old lightweight has excellent length and range for the division, even though his future may lie at 140 or even 147 pounds. 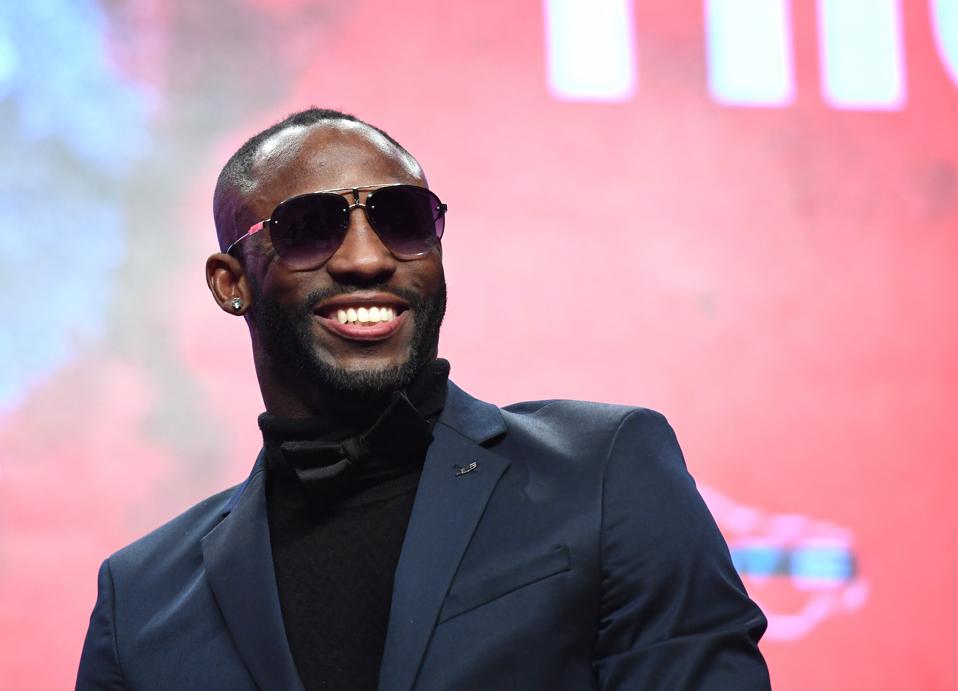 Yordenis Ugas (24-4, 11 KO) is one of the more underrated fighters in the world, and someone who can get lost on the crowded PBC welterweight roster. He lost a narrow and disputed decision to Shawn Porter just before the latter pushed Errol Spence Jr. to his limit back in September.

Ugas can compete with any welterweight in the world, and he’ll come in to the fight with Mike Dallas Jr. (23-3-2, 11 KO) with a chip on his shoulder. This fight isn’t a major attraction, though it is the biggest boxing event of Super Bowl weekend, unless you count Thursday’s diverse DAZN card that featured Demetrius Andrade, Tevin Farmer, and the Jake Paul vs. AnEson Gib novelty scrap. 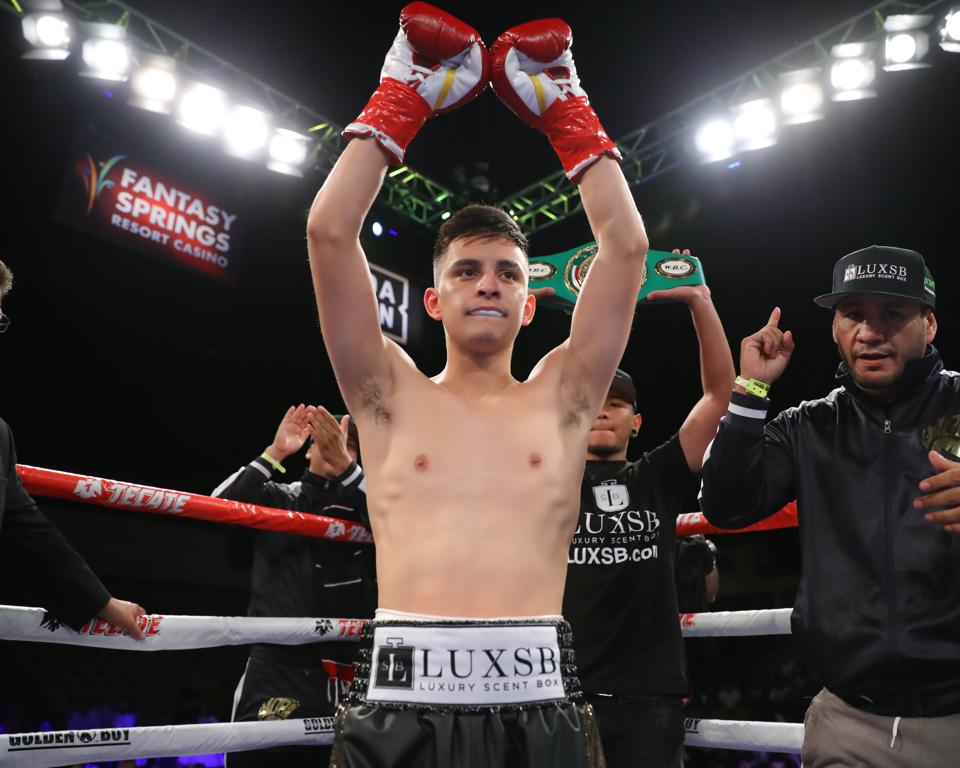 DAZN’s Thursday Night Fights series was strong last week. Perhaps it can create a foothold on an otherwise unoccupied day for boxing.

This week, the 20-year-old Ricardo Sandoval (17-1, 12 KO) looks to maintain his momentum and KO streak (4 straight) when he takes on veteran Filipino Raymond Tabugon (22-11-1, 11 KO). Sandoval has aspirations to challenge for a world title in the near future. He’ll need to get past Tabugon to stay on that path. 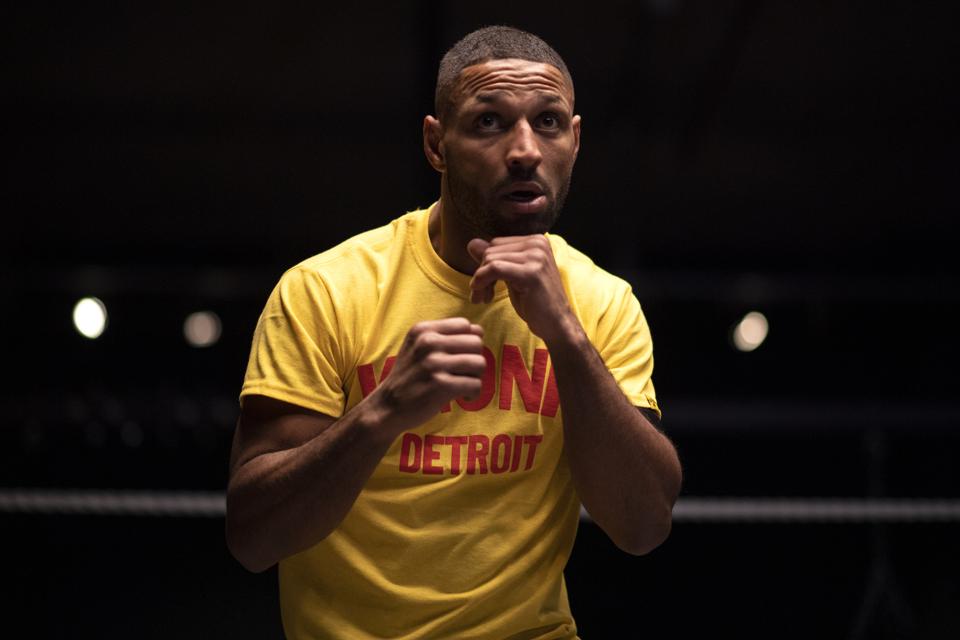 LONDON, ENGLAND – JANUARY 08: Kell Brook works out ahead of his fight with Mark DeLuca on February 8 … [+] during a Kell Brook Media Workout at the 12×3 gym on January 08, 2020 in London, England. (Photo by Justin Setterfield/Getty Images)

The return of former IBF Welterweight Champion Kell Brook (38-2, 26 KO) should draw a strong audience in the UK.

Brook hasn’t fought since December 2018 when he scored a unanimous-decision victory over Michael Zerafa. Mark DeLuca (24-1, 13 KO) will be opposing Brook. The 31-year-old is on a three-fight win streak with his only loss coming at the hands of Walter Wright back in June 2018 via split decision. 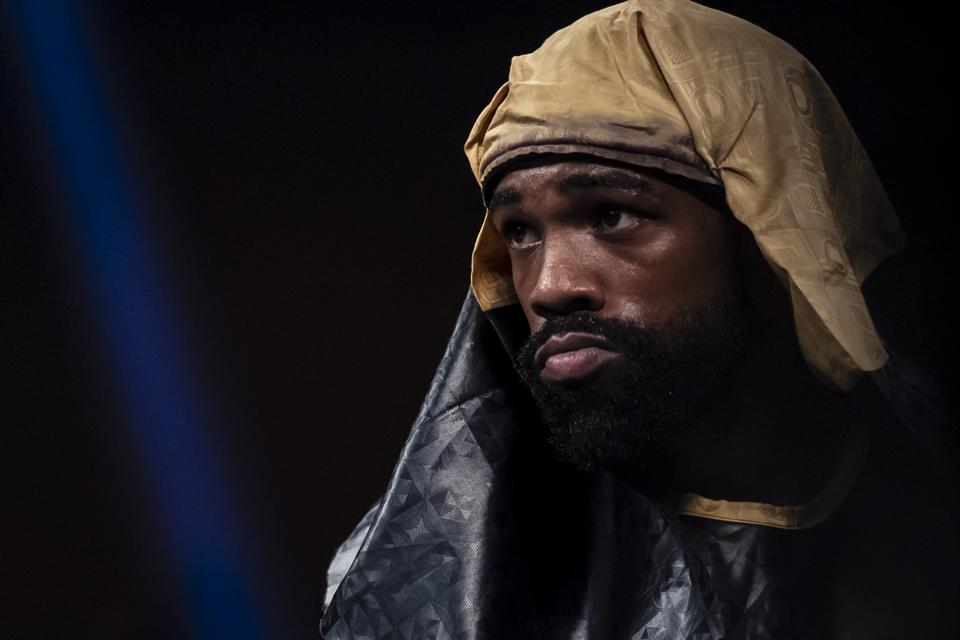 Russell has arguably the fastest hands in boxing, and he’s an outstanding talent. However, he has fought once a year since 2015. His only loss came in a split decision to Vasyl Lomachenko.

Nyambayar is mostly unknown to American fight fans, but he has demonstrated impressive power against lower-level opponents. Needless to say, Russell is a significant step up for him.

Also on the card, Guillermo Rigondeaux will try to win a secondary world title against Liborio Solis. Jaime Arboleda and Jayson Velez attempt to take a step toward a title shot in the junior lightweight division, and lastly, Russell’s younger brothers, Gary Antuane, and Gary Antonio will also be in action. 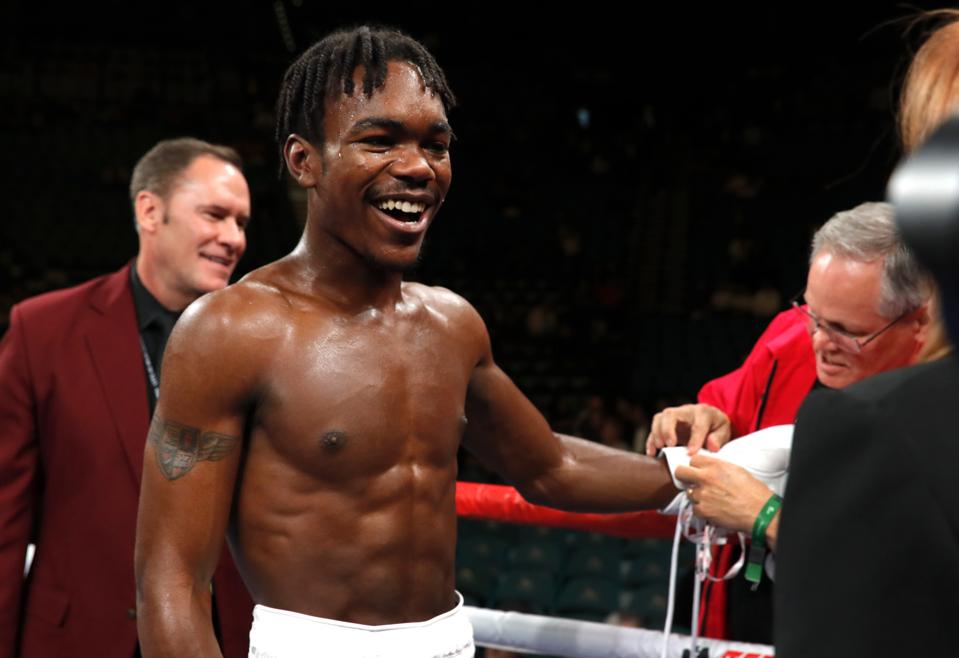 Evan Holyfield, the son of the great Evander Holyfield continues the beginnings of his boxing journey. 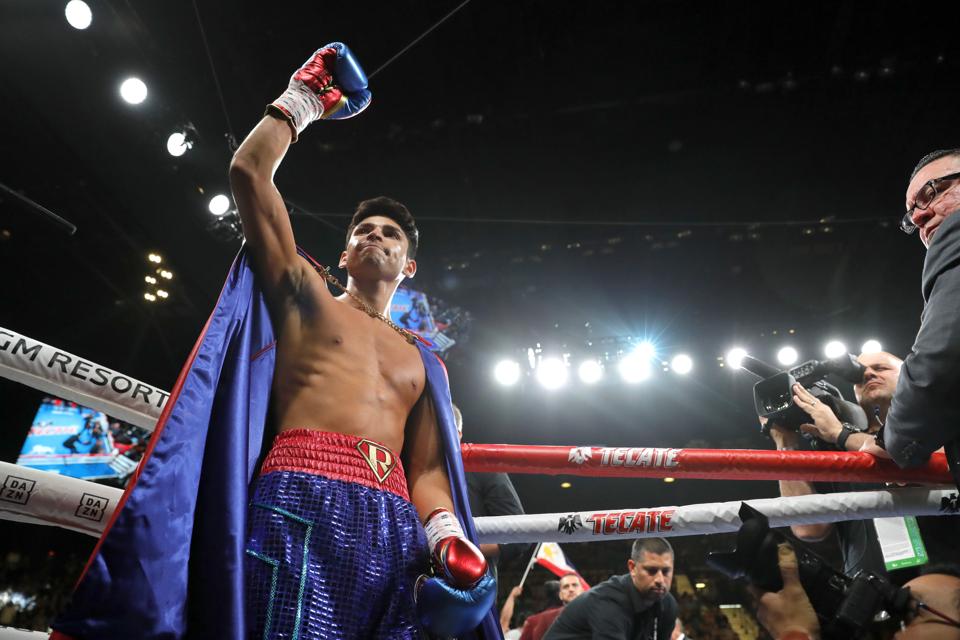 Undefeated prospect Ryan Garcia (19-0, 16 KO) wants to face Gervonta Davis in the near future, and he’ll have a great opportunity to get the popular WBA champion’s attention on Feb. 14 when he headlines a DAZN card against Francisco Fonseca (25-2-2, 19 KO).

Garcia should be tested as Fonseca is a legitimate fighter whose two losses came against Davis and Tevin Farmer. If Garcia can win impressively, he’ll make a statement that might lead to what would likely be a PPV fight against Davis.

Former world champion Jorge Linares might be in the mix for a fight with Garcia too. He’s on the card and looking to regain the form he seems to have lost when was defeated by Lomachenko in May 2018. The 34-year-old Linares takes on Carlos Morales in an important fight for the Venezuelan.

A win for Mattice would almost certainly make him a Top-10 fighter and pull him much closer to a title shot. 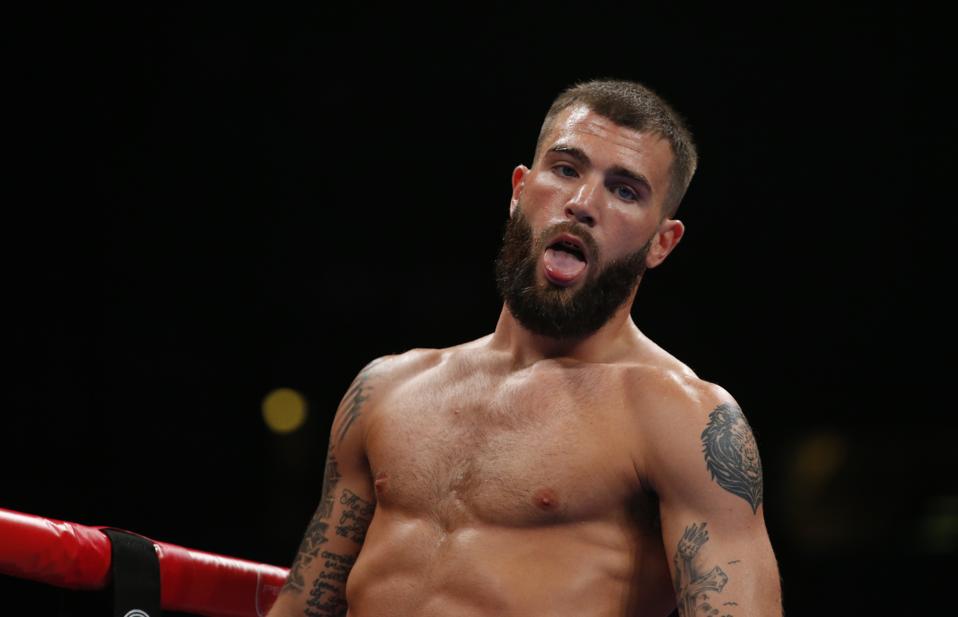 Feigenbutz has shown off some impressive power, and the 24-year-old German will be amped to make a statement while trying to capture his first world title. This might wind up being a better fight than it looks on paper.

ESPN+ has the semifinal fights for the Golden Contract series. 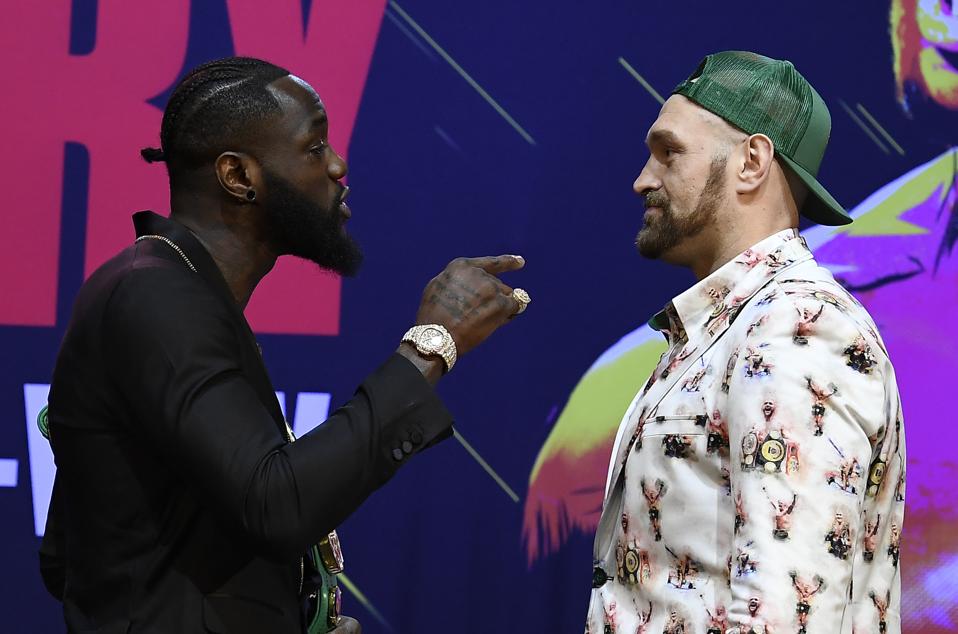 LOS ANGELES, CA – JANUARY 13: Deontay Wilder (L) and Tyson Fury get together during a news … [+] conference at The Novo Theater at L.A. Live on January 13, 2020 in Los Angeles, California. (Photo by Kevork Djansezian/Getty Images)

The card is stacked, as a PPV show should be, and the main event is one of those fights that will take over the sportsworld for an entire weekend. In their first fight, Wilder escaped with a draw after he scored two knockdowns.

However, he was outboxed through most of the bout, and probably deserved to lose his title.

Both men have handled the opposition placed in front of them since their first meeting–though Fury had to dig deep to stave off an upset attempt from Otto Wallin in his last fight.

Still, both men come in primed and ready for round two, and to make a boatload of cash in the process. 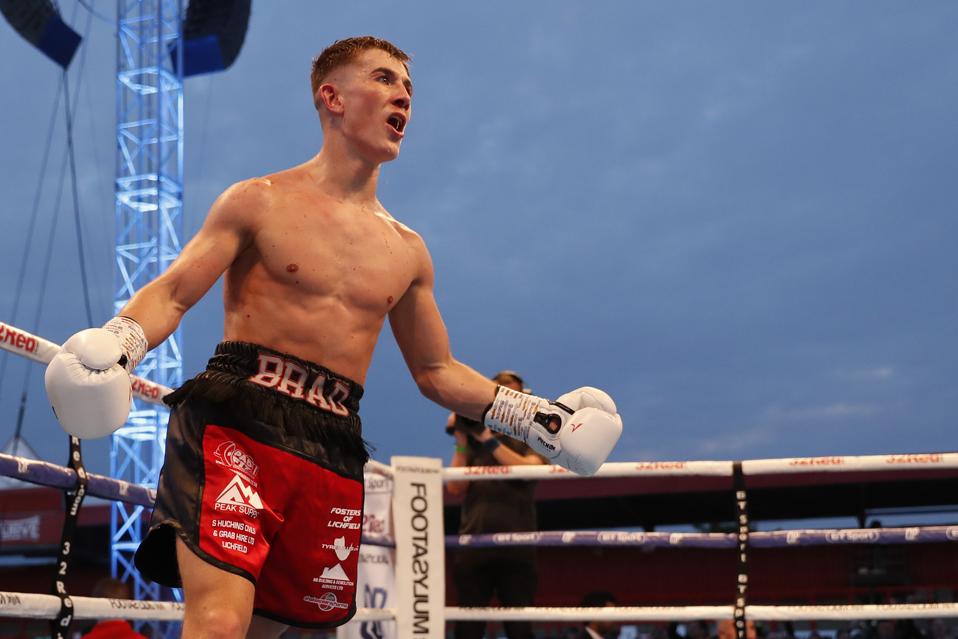 STEVENAGE, ENGLAND – MAY 18: Brad Foster celebrates knocking out Ashley Lane during the THE BRITISH … [+] AND COMMONWEALTH SUPER-BANTAMWEIGHT CHAMPIONSHIP at The Lamex Stadium on May 18, 2019 in Stevenage, England. Photo by Luke Walker/Getty Images)

Brad Foster will meet Lucien Reid in a rematch after their first meeting ended in a majority draw. The 22-year-old Foster is the current British Champion and undefeated, but Reid will be looking to push past him in this fight. 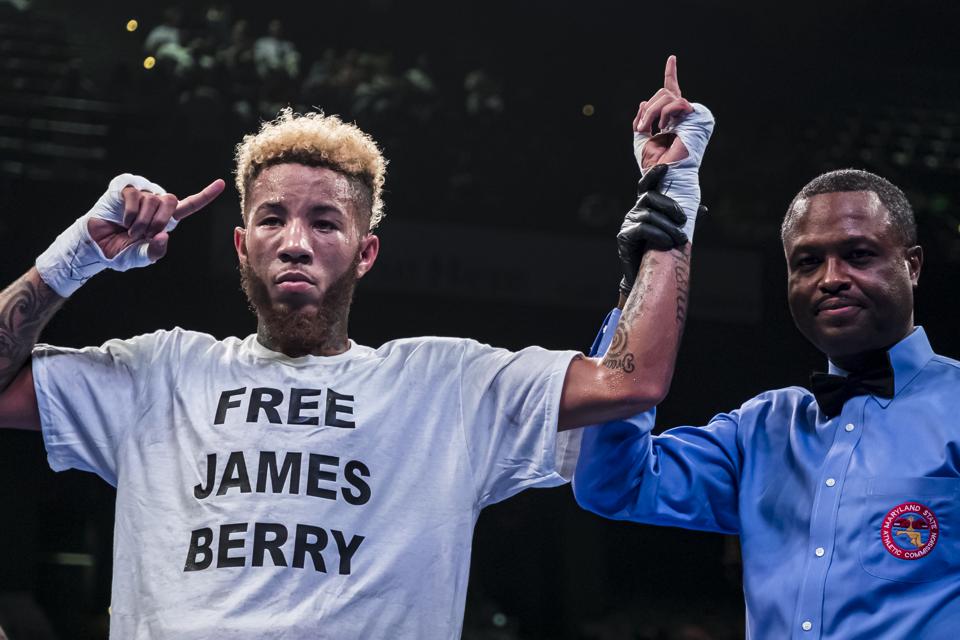 Two undefeated and promising American 140-pounders will clash on a Friday night card on Showtime.

Malik Hawkins (18-0, 11 KO) has faced a little better competition in his career, but Hunter (11-0, 7 KO) will still present a challenge because he has the length to match his opponent.

We’ll find out if the skills are comparable on Feb. 28. 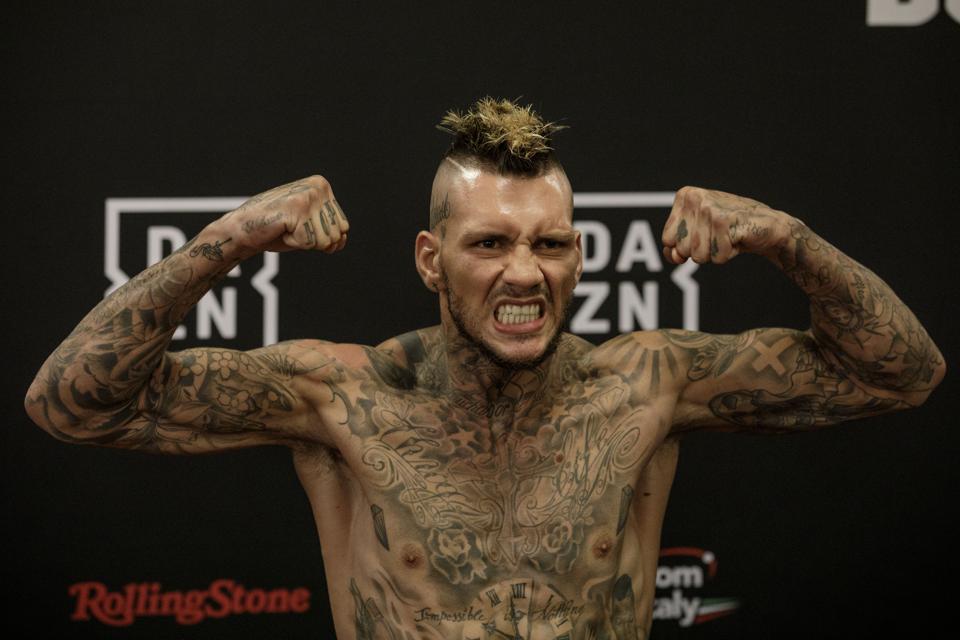 This could be a showcase bout for Scardina against an opponent with little power, but he must be careful not to get complacent.

Scardina might be a future opponent for Plant if both keep winning. 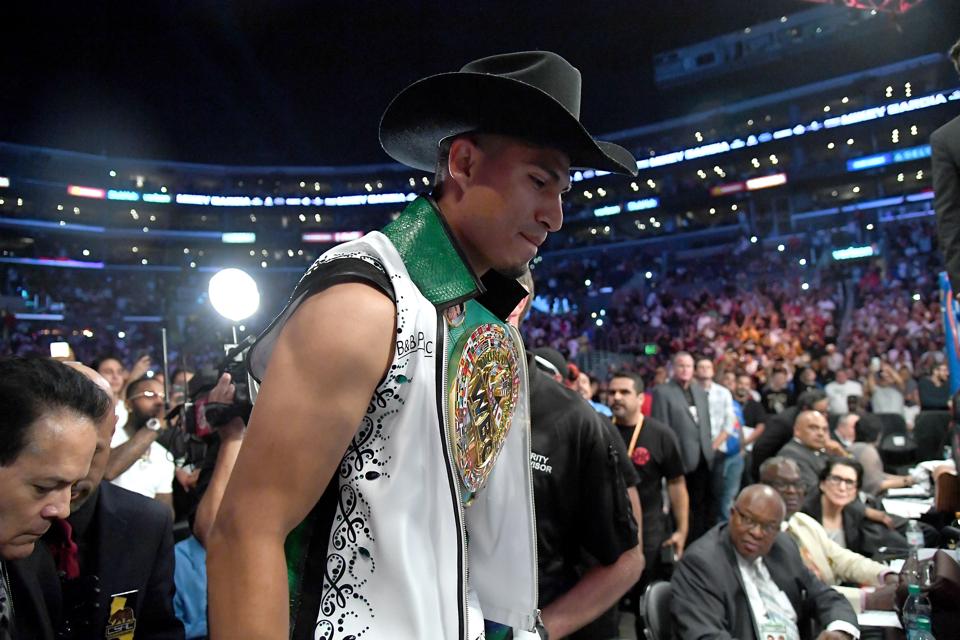 While the main event of this month-ending DAZN card isn’t anything I’m thrilled to see, in totality, the event looks great on paper.

Heavyweight Joseph Parker will likely get a stay-busy fight here. Julio Cesar Martinez is an excellent fighter set for a defense of his flyweight strap, and perhaps most intriguing is the Kal Yafai vs. Roman Gonzalez bout for the former’s WBA title.

The main event features a legit star in Mikey Garcia (39-1, 30 KO), only I’m not sure how many people want to see him stay at welterweight, and even fewer want to watch him do it against Jessie Vargas (29-2-2, 11 KO).

Still, I love the show on a whole, and the fights DAZN is delivering in the first two months of the year.