Breaking
4 Tips For Attracting Your First ‘Dream Client’...
Want To Generate More Sales This Holiday Season?...
Your ‘Harvest Moon’ Moment Is An Illusion: Why...
Google Meet’s Unlimited Calling Will Continue To Be...
The Need For Speed-Is Quantum Computing A Good...
Stock Market Crash: The End Game Approaches
Best Video Conferencing Software
House Democrats Debate Bill To Allow Student Loan...
For These Indigenous Artists “Land Back” Is Both...
The Current Tech Stock “Bubble” Reflects Pessimism, Not...
A Look At What’s Inside House Democrats’ New...
Page Authority 2.0: An Update on Testing and...
How Public Health Experts Are Harnessing The Power...
This Husband And Wife Built A Luxury Brand,...
This Husband & Wife Built A Luxury Brand,...
Luxury Footwear Brand Chelsea Paris Re-Launches And Stays...
Home Technology The Canary In The Coal Mine Isn’t Ancient History
Technology

The Canary In The Coal Mine Isn’t Ancient History 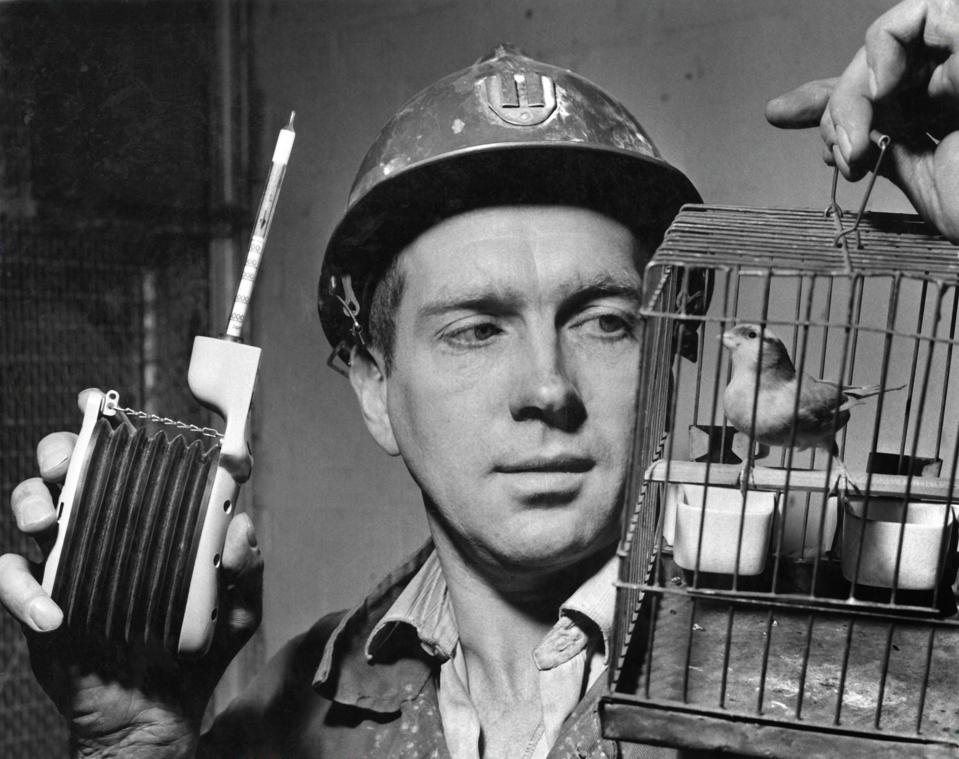 with one of the canaries, one of the devices, that are rapidly putting the canaries out of business, … [+] as gas detectors in mines.. The gas detecting device, is called the “Drager” multi gas detector Feburary 1970 P018159 (Photo by WATFORD/Mirrorpix/Mirrorpix via Getty Images)

The past isn’t always as distant as it seems. 20 years ago, British coal miners were still leading specially-bred ponies down into the darkness with them to haul coal, and as late as 1986, many of them were still relying on canaries to detect dangerous carbon monoxide fumes in the mines. The birds are a cliché now, but they were a practical reality within the lifetimes of many of you reading this. British legislation officially ordered miners to replace canaries with electronic carbon monoxide sensors on December 30, 1986, although miners had about a year to phase out the last 200 canaries still in use in Britain’s coal mines.

Coal miners face many constant dangers: cave-ins, explosions, fires, and dangerous gases like carbon monoxide. The gas is odorless, colorless, and tends to replace oxygen molecules in the bloodstream, which keeps actual oxygen molecules from reaching organs and tissues. At first, carbon monoxide poisoning just causes a mild headache, dizziness, and shortness of breath, but it can quickly become fatal. And because burning coal and wood is a perfect way to release carbon monoxide into the air, coal miners are especially at risk.

But canaries, it turns out, are much more sensitive to carbon monoxide and other poisonous gases than humans. Around 1911, miners started carrying canaries into the mines with them, and they quickly became a metaphor for warning signs – when the canary keels over, it’s time to evacuate the mine before you become the next victim.

By 1986, though, only about 200 canaries were still being carried into British coal mines. The new digital detectors were cheaper and more effective, but they seemed to lack something when it came to comfort and companionship.

“They are so ingrained in the culture miners report whistling to the birds and coaxing them as they worked, treating them as pets,” reported the BBC in 1986, describing miners “saddened” by the decision.