Breaking
Florida Supreme Court Tells The American Bar Association...
How to Write Perfect Paid Social Media Marketing...
How To Boost Productivity In Your Small IT...
How Restaurants Can Design a More Sustainable Food...
Expenses That Small Business Owners Need to Be...
How You Can Make Saying Goodbye To The...
Biden To Meet Royal Family At Cornwall’s Eden...
It’s Going To Be Emotional — Going International...
Peer Mentoring For Students: STEM & Buds
7 PR Trends in 2021: The Story So...
Google Plans Radical New Google Pixel Smartphone Upgrade
Where Did COVID Come From?
Ride To Growth With A Business Vehicle
C3.ai’s Tom Siebel: How To Scale AI
Moz Acquired by iContact Marketing Corp
10 Examples of Brands Using TikTok Stitch and...
Home Business The Cavaliers, Kevin Love Have Reached Critical Mass, And It’s Time To Move On
Business

The Cavaliers, Kevin Love Have Reached Critical Mass, And It’s Time To Move On 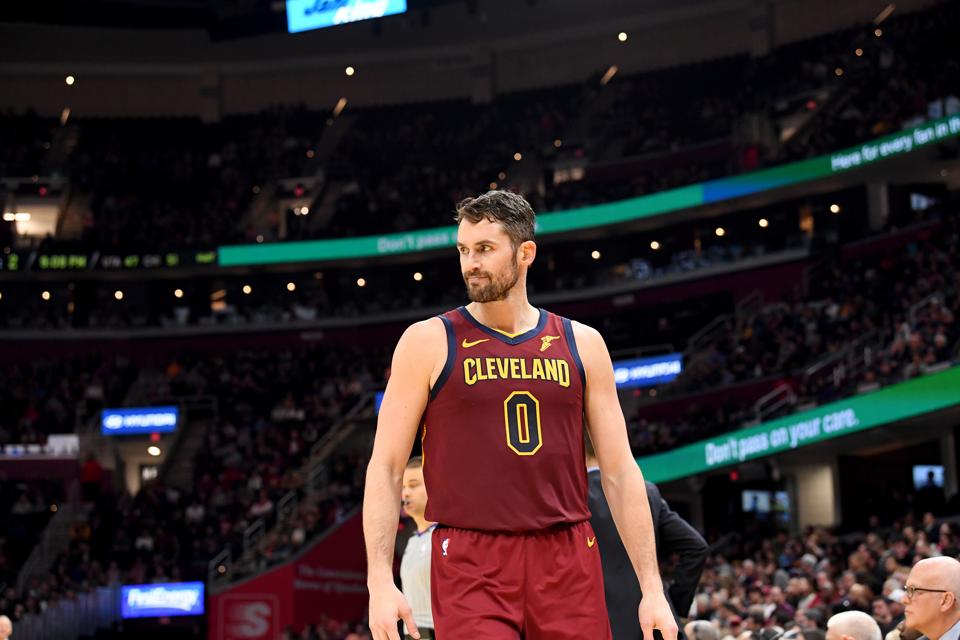 CLEVELAND, OHIO – JANUARY 02: Kevin Love #0 of the Cleveland Cavaliers reacts during the second half … [+] against the Charlotte Hornets at Rocket Mortgage Fieldhouse on January 02, 2020 in Cleveland, Ohio. The Hornets defeated the Cavaliers 109-106. NOTE TO USER: User expressly acknowledges and agrees that, by downloading and/or using this photograph, user is consenting to the terms and conditions of the Getty Images License Agreement. (Photo by Jason Miller/Getty Images)

The relationship between the Cleveland Cavaliers and All-Star forward Kevin Love reached its final impasse over the weekend. Per The Athletic’s Joe Vardon and Shams Charania, Love erupted towards Cleveland general manager Koby Altman following shootaround on Saturday, making it clear his displeasure and frustration with the direction of the team.

To matters worse, after Cleveland’s shootaround on Saturday, Love posted a picture of actor Joaquin Phoenix as “The Joker,” lifting his lips with his fingers to smile through his internal pain. Love’s caption read: “Mood.” Later that night against the Oklahoma City Thunder, Love visibly showed his frustration towards Collin Sexton, demanding the ball at the top of the perimeter. Love then immediately rifled a pass to Cedi Osman, who proceeded to miss an off-balance three-point attempt.

Given his outburst that morning, as well as the Instagram post, it looked like Love’s frustration had finally boiled over on the court. Naturally, Love tried to downplay the situation in the locker room after the loss to Oklahoma City and even tried to smooth things over on Instagram by praising his teammates. But, the damage has already been done and in the court of public opinion Love’s actions are being compared to that of a petulant man-child.

But, if you were to lift the curtain on this situation to truly show what has been going on behind the scenes, Love’s actions somewhat make sense. When Love first signed his four-year, $120 million extension with the Cavaliers during the summer of 2018, it appears it was with the belief that Cleveland would try to contend for the playoffs, per league sources. The locker room as a whole believed it could happen, at least according to several former Cleveland veterans who I spoke with, even with LeBron James leaving town. The organization also had the same ambitions, according to league sources. Unfortunately, fate had other plans.

During the preseason leading up to the 2018-19 season, Love broke his foot and was eventually sidelined until February while recovering from surgery. During that span, Tyronn Lue was fired, Cleveland’s record tumbled and the Cavaliers began to realize their playoff hopes were futile. So, the organization changed course and began to trade the aforementioned veterans and fully embrace a rebuild around a young foundation of Sexton and Osman with Love hopefully supporting their growth.

At the end of last season, Love raised his voice toward Altman, asking to be moved to a contender, per league sources. It is unclear if Altman agreed to do so, but with Love privately making his intentions clear, the general manager’s hand had been forced and would have to find a way to oblige his star player. 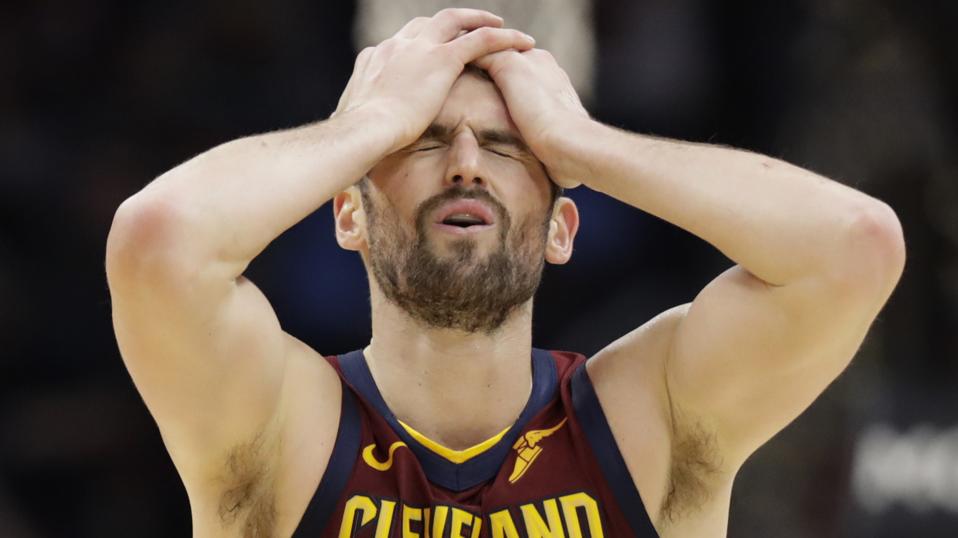 Cleveland Cavaliers’ Kevin Love reacts after missing a three-point basket late in the second half of … [+] an NBA basketball game against the Charlotte Hornets, Thursday, Jan. 2, 2020, in Cleveland. (AP Photo/Tony Dejak)

Fast forward to now, and it makes sense why Love’s frustrations are boiling over. No, he doesn’t personally hate Sexton, Osman or any of his younger teammates. But, when your starting backcourt is only averaging 5.5 assists per game combined, all while missing you on so many obvious reads, it can be grating. Stretch that over 36 games, and Love’s patience has clearly been tested.

That selfish play is exactly what lead to Love having an outburst on the bench on New Year’s Eve against the Toronto Raptors, per league sources. The Cavaliers fined Love $1000 for the incident and disagreed with the fine, per sources. But, when it comes to the infamous moment on the court against Oklahoma City, Cleveland will not fine Love, according to those same sources.

With the context to Love’s frustrations being a bit more apparent, you can start to understand where he’s coming from. Cleveland’s current situation can be a tough pill for anyone to swallow, especially a player of Love’s caliber. It also doesn’t help that the Cavaliers were in the NBA Finals only two seasons ago, and as Love’s situation tumbles, his friends and colleagues still have chances at contention.

Where exactly do Love and the Cavaliers go from here then? Clearly, their relationship is volatile and it spilling onto both on and off the court doesn’t help Cleveland’s chances of trading him. Some have suggested exiling him just like the Cavaliers did to J.R. Smith a season ago. The thing is, that’s horrible optics for Cleveland. They need Love in order to showcase him to teams interested in possibly obtaining his services.

Cleveland’s front office will do their damnedest to find the All-star a new home, and sources say the Denver Nuggets and Phoenix Suns are teams that have expressed interest. But, for now, both sides will have to make this partnership work. Like most marriages that inevitably end in divorce, Love and the Cavaliers have to try and stay together just a bit longer for the kids.

Before Hiring That Candidate, Imagine Them Failing. Here’s Why.