The Charlo Twins Are The Most Underappreciated Champions In Boxing 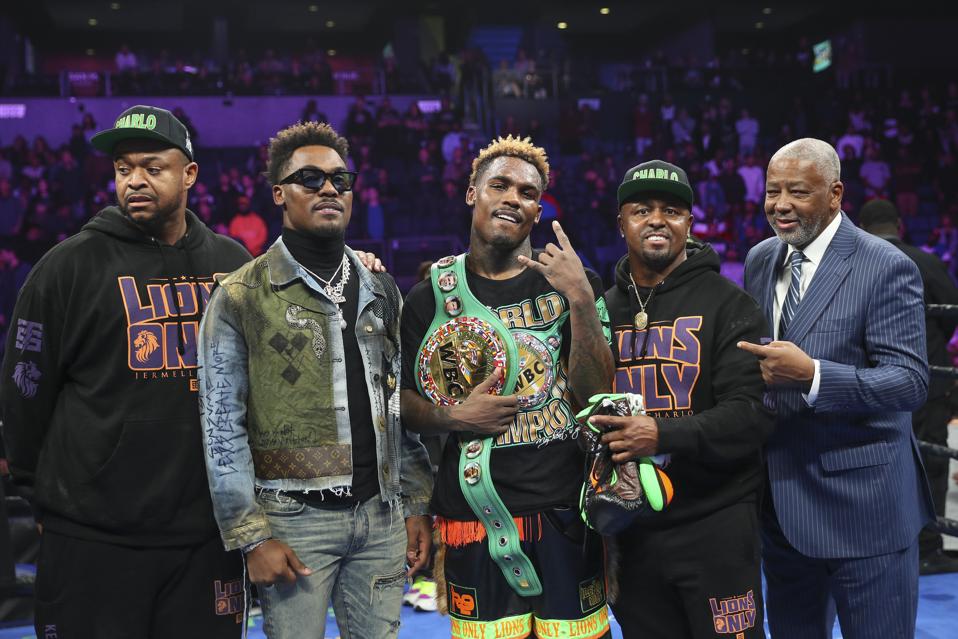 Once again, Jermall and Jermell Charlo are world champions.

The twin brothers are extraordinary in several ways, but for whatever reason, they are often ignored by others in their weight class, and not mentioned when top champions in the sport are discussed.

On Saturday night, Jermell avenged the only loss of his professional career when he scored an 11th-round TKO win over Tony Harrison. In their first fight, back in December 2018, Harrison won a narrow and controversial decision.

This time, Jermell took the decision out of the judges’ hands and regained the WBC Super Welterweight title.

Jermell is now perfectly positioned to challenge IBF and WBA Champion Julian Williams to a unification bout if the latter can get past Jeison Rosario next month.

Jermell’s victory over Harrison pushed his record to 33-1 with 17 KOs and he’s now a two-time world champion.

A few weeks ago, Jermall successfully defended his WBC Middleweight Championship when he spectacularly knocked out Dennis Hogan at the Barclays Center in Brooklyn.

Hogan had been notoriously difficult to drop and finish throughout his career, but Charlo flattened him with little problem.

Jermall’s win pushed his record to 30-0 with 22 KOs. It was the second successful defense of his championship, and the now two-division titleholder is seemingly ready for a bigger test at 160 pounds.

Together, the Charlo twins are a combined 63-1 with 39 KOs. Jermell has grown into a power puncher while Jermall looks more like a complete fighter with each performance. Still, something is missing from their brand and status in the sport. The Charlos should be household names, but they aren’t.

The viewership for their fights has been a little inconsistent, but there is some interest.

Jermall drew an average of 249,000 viewers for his win over Hogan, and just an average of 379,000 for the victory over Brandon Adams back in June. Jermell did much better in his last fight before the win over Harrison.

He was supposed to face Harrison in June, but an injury kept the latter out. Instead, Jermell defeated Jorge Cota and that fight averaged a whopping 1.8 million viewers. The tripleheader that featured Jermell’s first loss to Harrison and also Jermall’s victory over Matt Korobov, averaged 2.1 million.

Fans showed up to watch, but it feels as though the twins still aren’t being marketed in a way that plasters their image, and their sibling rarity all over social media and Fox programming.

The Charlos both come off as passionate warriors who are willing to deliver fan-friendly fights. They’re edgy enough to be compelling, but not so much that they’re unlikable. Perhaps the lack of major names on the Premier Boxing Champions side is what’s preventing them from taking the next step.

The most well-known fighters who are potential opponents are Williams and perhaps Jarrett Hurd. Both men are excellent fighters, but these matchups aren’t exactly pay-per-view attractions.

Some may point to the Charlo’s opposition as a license to disregard their record and accomplishments, but they aren’t the only champions whose opponents are less than Hall-of-Fame worthy.

Again, the Charlos’ potential drawing power is even bigger than wins, knockouts and tough opposition. There is something significant about their talent and uniqueness, but not enough fans and members of the boxing community are recognizing.

Customer Service And CX Predictions For 2020

12 Holiday Gifts That Will Help Your Workers Be More Productive

How To Build A Family Office Deal Flow...

BTS Ties 2NE1 For The Fifth-Longest-Charting Single On...

Credit Checks: The Good, The Bad And The...