Home Finance The Coronavirus Recession Deepens: ‘This Is Not A One-Quarter Event’
Finance

The Coronavirus Recession Deepens: ‘This Is Not A One-Quarter Event’ 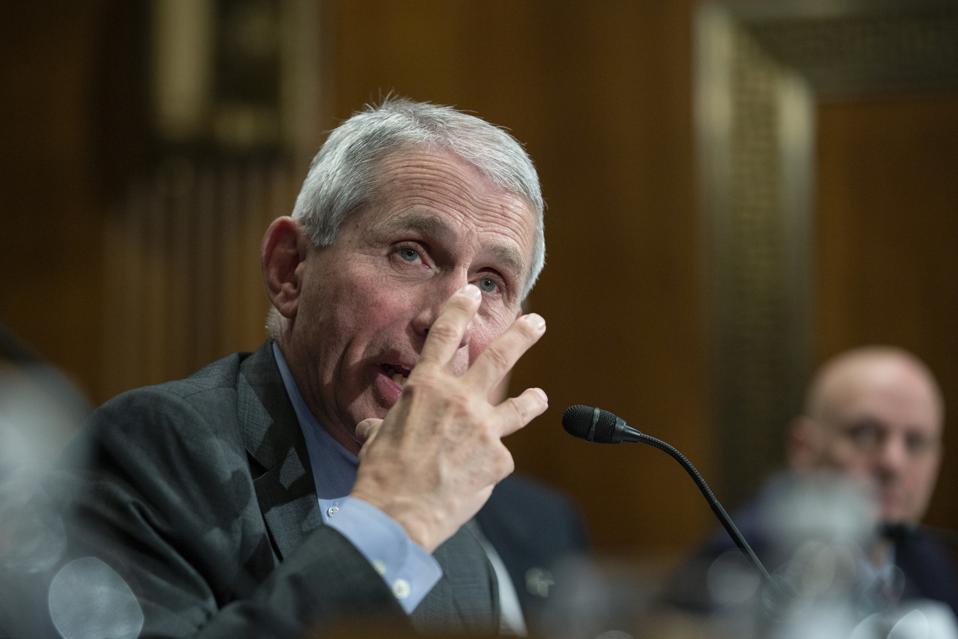 Anthony Fauci, director of the National Institute of Allergy and Infectious Diseases, imitates a … [+] medical face mask as he speaks during a U.S. Senate Committee on Health, Education, Labor, and Pensions hearing at the U.S. Capitol in Washington, D.C., U.S., on Tuesday, March 3, 2020. Senators questioned Trump administration scientists Tuesday about the availability of coronavirus tests, treatment for those infected and a vaccine, as the number of infections and deaths in the U.S. continues to grow. Photographer: Stefani Reynolds/Bloomberg

Donald Trump’s attempt to drum up support for reopening the economy within two weeks has been widely ridiculed as out of touch with a darkening medical reality in the areas of the country thus far hardest hit by the coronavirus pandemic.

“Reopen by Easter? That’s not aspirational, it’s asinine,” said CNN anchor Chris Cuomo in his Friday broadcast, capturing a growing national exasperation with a president who has repeatedly downplayed the severity of a historic viral outbreak.

Just as Trump’s optimism is dangerously misplaced, the idea floating around Wall Street that the U.S. economy will bounce right back after millions of Americans are done hunkering down in their homes appears increasingly preposterous.

“This is not a one-quarter event,” wrote TS Lombard economists Steven Blitz and Oliver Brennan in a research note.

“We downgraded our quarterly GDP growth estimates for the second quarter to -17% and, more important, for the third quarter to -7.3%.”

Blitz and Brennan see the jobless rate surging to 10.6% in April following this week’s record spike in weekly jobless claims to 3.28 million.

“This means we see 12 million people losing their jobs in the first round, but this is not necessarily going to be the high mark for this down cycle. Based on just one week of initial unemployment claims data, it looks like the unemployment rate has already jumped to the 5.5%-6.0% range,” they estimated. 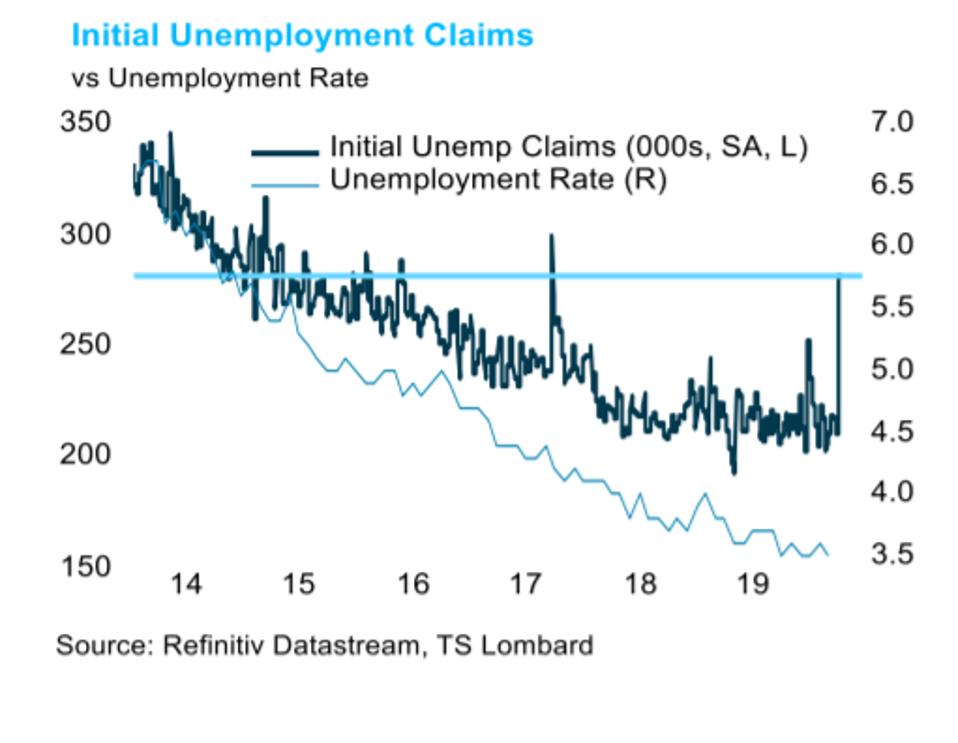 International efforts at social distancing have shuttered industries accounting for about 30% of private-sector jobs, around 35 million, they said. Food services, recreation, air travel and casinos represent 11.6% of private sector employment and 8.4% of personal consumption expenditures.

Economic hit from the pandemic

The prospects and timing of an eventual return to normalcy are highly uncertain, despite the president’s affirmations.

“We expect some of these businesses to reopen during the late second quarter, but we believe the pace is going to be slower than that anticipated by those forecasting a big third quarter bounce,” wrote Blitz and Brennan.

“There is no obvious ‘all clear’ signal; and the longer the shutdown goes on, many more of these shuttered small businesses may not reopen at all,” they added.

“This builds the case for strong second-round effects, that is, increased numbers of personal and business bankruptcies adding to the loss of purchasing power in the economy just from the first round of job losses.”

DJ D-Nice Just Had The Best Quarantine Week Ever

How To Prepare For The Next Great Recession...

Is The Maintenance And Professional Services Segment 50%,...