The COVID-19 Coronavirus Pandemic Highlights The Importance Of Scientific Expertise

The COVID-19 pandemic is one of those moments in time that feels like we have no borders. With the 50th anniversary of Earth Day rapidly approaching, the world is fighting this one together. While initially there were misinformed or ideologically-hampered people downplaying the threat, I am noticing, anectdotally, a decline in such sentiment in my own social media spaces. People now understand the seriousness or realize how out of touch and insensitive they sound talking about hoaxes. A popular scientist once said, “The good thing about science is that it’s true whether or not you believe in it.” As I watch the U.S. response to COVID-19, this immediately came to mind as leaders, businesses, and citizens look to science expertise for clarity and solutions. 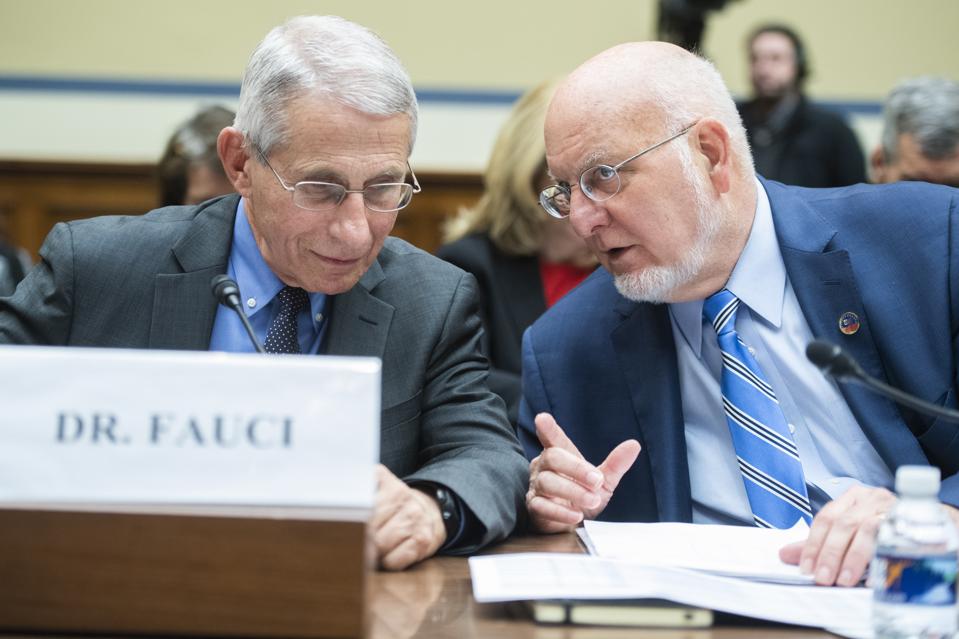 UNITED STATES – MARCH 12: Anthony Fauci, director of the National Institute of Allergy and … [+] Infectious Diseases, and Robert Redfield, director of the Centers for Disease Control and Prevention, testify during the House Oversight and Reform Committee hearing on Coronavirus Preparedness and Response, in Rayburn Building on Thursday, March 12, 2020. (Photo By Tom Williams/CQ-Roll Call, Inc via Getty Images)

Over the past several years, there have been a litany of articles about how science has been under attack at EPA, Department of Energy, CDC and in other science circles. Concerns were also amplified by the March for Science movement. As recently as December (2019), the New York Times published an article about how the Administration is sidelining scientific researchers. Science magazine recently documented how the President’s 2021 budget was littered with cuts to major federal science agencies. For a complete list of proposed cuts, this link is a good source. According to David Malakoff and Jeffreyy Mervis writing in Science, “Overall, federal spending on research would drop by 9%, or $13.78 billion, to $142.185 billion.” This budget dance has played out every year, but a bipartisan Congress has always restored or increased funding for critical agencies now helping lead the charge against COVID-19. While budget’s were generally restored, the Associated Press (AP) reports that a National Security Council team that focused on pandemics was dismantled in 2018.

Beyond budget cuts, there have been some interesting dynamics emerging with the concept of science expertise. The Dunning-Kruger Effect (people overstating how much they know about topics or underestimating what they don’t know) is rampant in social media. The availability of information and data has, in the minds of some people, “equalized” the scientific playing field. However, clear deficiencies in scientific grounding, methodologies, data quality control, publishing in the peer-review literature, and significance testing are often quite evident. I have literally seen people get angry because a climate scientist establishes her expertise on a complex science topic being incorrectly discussed on Twitter. When a plumber comes to my house to fix a water line, it is because I value the expertise and am perfectly fine with him knowing more about that situation than me. I value other peoples’ expertise rather than display insecurities or inferiority complexes about it.

This brings me back to COVID-19. It is so refreshing to see Dr. Anthony Fauci, the director of the National Institute of Allergy and Infectious Diseases at the National Institute of Health, taking an important role in the counseling and messaging with COVID-19. He is very effective, exudes credibility, and navigates the fine line between science complexity and “so what?” Vice President Pence also tapped Deborah Birx as his coronavirus response coordinator. Dr. Birx served as Ambassador-at-Large and United States Global AIDS Coordinator. She was appointed by President Obama in 2014 and was instrumental in advancing a key HIV vaccine trial. While I highlighted these high-profile scholars, an army of scientists, public health officials, lab technicians, doctors, and graduate students are working this problem in government labs, academia, and the private sector, and we are grateful. My colleague Paul Hanle, former President of Climate Central, told me via email:

“The coronavirus crisis has put a spotlight on the importance of science in supporting our nation’s well being. The public increasingly understands that it must listen to expert advice of credible scientific leaders like Dr. [Tony] Fauci of the NIH over vague guidance and misinformation from the administration. This applies just as surely to the warnings of [expert] climate scientists that we must act swiftly to address the climate crisis. Science matters…in health and in climate change. If we fail to support it, and to listen to the experts, we risk retreat to the kinds of ravages not seen since the middle ages…or worse “

It is refreshing to see actual scientists being tapped for their expertise rather political alignment to get us through this challenge. COVID-19 is bigger than one party, belief system, or donor base and will require “all hands on deck.” For example, much of the terminology being thrown around with COVID-19 is anchored in the public health, epidemiological, or medical sciences communities. Proper consumption of this information is critical, but most people idon’thave a Master’s Degree in Public Health. Here’s a little cheat sheet for some of the terms that you may be seeing in social media:

Epidemiology is the method used to find the causes of health outcomes and diseases in populations. In epidemiology, the patient is the community and individuals are viewed collectively. By definition, epidemiology is the study (scientific, systematic, and data-driven) of the distribution (frequency, pattern) and determinants (causes, risk factors) of health-related states and events (not just diseases) in specified populations (neighborhood, school, city, state, country, global). It is also the application of this study to the control of health problems (Source: Principles of Epidemiology, 3rd Edition).

Science is a public good. It should never be viewed through partisan or adversarial lenses. As a climate scientist, I have provided scientific input to policymakers from all parts of the political spectrum, most recently when I testified before the House Science Committee on extreme weather events of 2019. I challenge you to pause and identify major aspects of your life not impacted by science. You probably are reading this on a smartphone or computer. You likely used GPS to get to a recent destination. Some of you will take medication today or look up a weather forecast. These are the obvious things. Your smartphone or GPS system didn’t just “poof” into existence from the science fairy. There have been years of basic and applied scientific research and development that led to these conveniences. Likewise, the research enterprise fighting COVID-19 has always been there too. Americans generally trust scientists and in a time of crisis, it seems that policymakers do too. 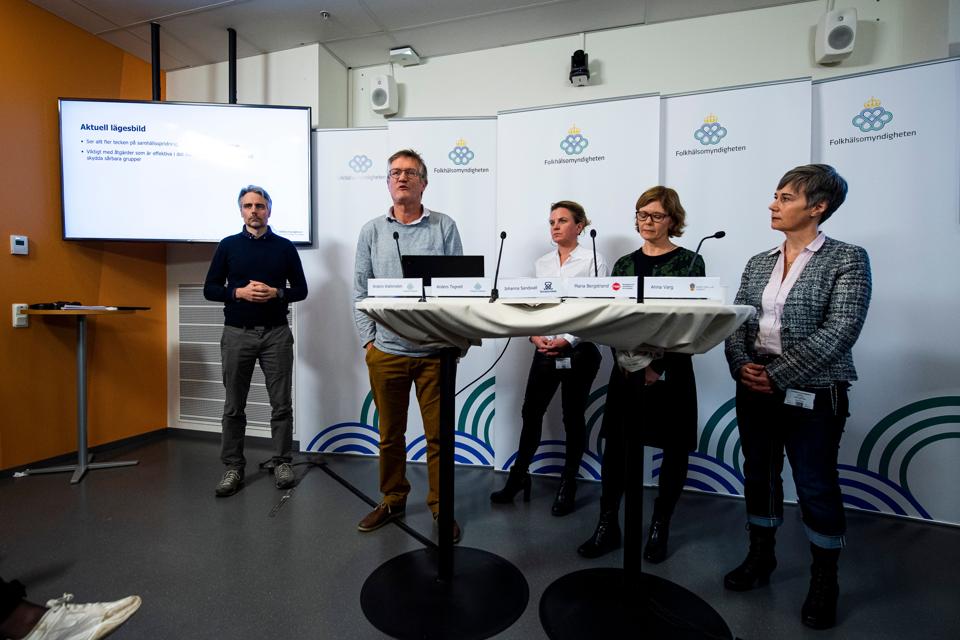 Epidemiologist Anders Tegnell (2nd L) of the Public Health Agency of Sweden speaks during a press … [+] conference to update on the COVID-19 coronavirus situation on March 12, 2020 in Solna, Sweden. (Photo by Jonathan NACKSTRAND / AFP) (Photo by JONATHAN NACKSTRAND/AFP via Getty Images)

With COVID-19 Coronavirus, Here Are 10 Ways To Social Distance Yourself