Breaking
‘Remnant: From The Ashes’ Is Cheaper Than Ever...
Making America’s Trumps Pay Their Fair Share
Fortnite Season 4, Week 9 Challenges Revealed And...
Yesterday You Were Just A Business; Today You...
Should Your Company Help Get Out The Vote?...
Hyperautomation And What It Means For Your Business
Parker-Hannifin Crosses Pre-Covid Peak But Investors Set To...
6 Reasons Your Cold Messaging Efforts Fail And...
4 Analytics Categories To Track To Improve Your...
Predictions 2021: Cloud Computing Powers Pandemic Recovery
This Is Why You Need A Strategy In...
Economic Research Exposes Significant Flaws In DOL H-1B...
How Breast Cancer Turned This Entrepreneur Into A...
Bitcoin Price: What Next After Fresh Surge Toward...
Societal Platform Thinking
Trump And Biden Will Debate Suburbs’ Future To...
Home Business The Dallas Mavericks’ 2019-2020 Trade Assets: Players And Trade Exceptions
Business 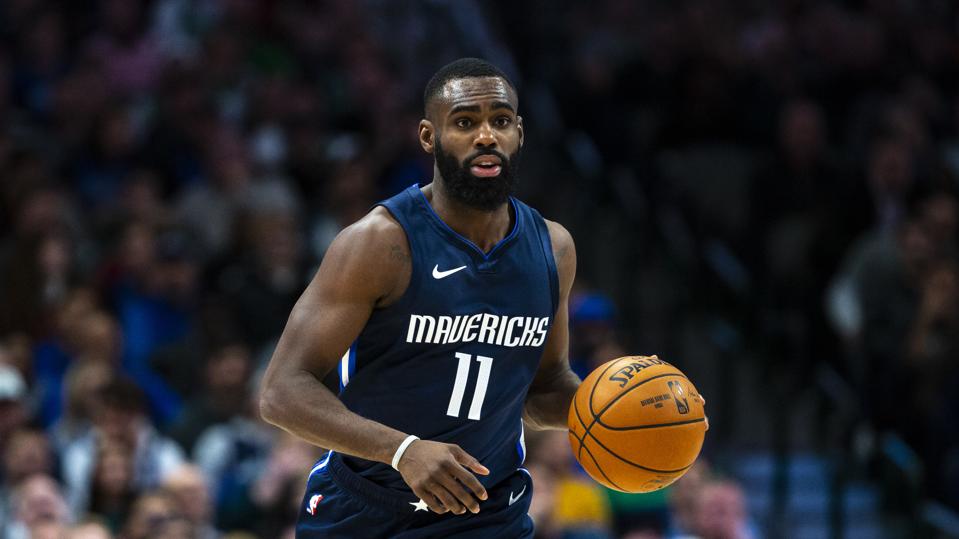 Dallas Mavericks guard Tim Hardaway Jr. (11) dribbles the ball during the second half of an NBA … [+] basketball game against the Boston Celtics Wednesday, Dec. 18, 2019, in Dallas. (AP Photo/Sam Hodde)

December 15 kicked off trade season throughout the NBA. Free agents who signed with a new club over the summer are now eligible to be traded. Teams have until February 6, 2020 to make a deal. Some organizations will be eager to make a move or two, for whatever reason. Others will choose to stand pat. Where the Dallas Mavericks fall on that spectrum is anyone’s guess right now.

Dallas is one of the league’s surprise teams this season. Carried by the play of MVP-candidate Luka Doncic, former All-Star Kristaps Porzingis and a cast of unheralded yet savvy role players, the Mavericks are likely playoff-bound for the first time in years. Even with their success, there’s speculation that the team will be active prior to the trade deadline.

On a recent television special, ESPN analysts Adrian Wojnarowski and Zach Lowe spent a couple of minutes speculating about what the Mavericks might do. Wojnarowski thinks the team will pursue a big center to play next to Porzingis. If that is Dallas’ thinking, they’ll have to get creative with their assets to swing any deal.

With that in mind, this post will look at a couple of potential players—and their contracts—that Dallas may wish to move before the trade deadline. The Mavs may also have a little extra incentive to make a move thanks to a couple of trade exemptions that they’ve stashed away. A previous post focused on the draft picks that the Mavericks can include in any potential deal.

If Dallas is seriously entertaining adding a marquee player, like an Andre Drummond or Montrezl Harrell, it currently has two contracts on the books that will likely have to be included in such a trade. The first is that of Tim Hardaway Jr. This season, Hardaway is the second highest paid player on the Mavericks’ roster, behind only Porzingis. He’s making a little over $20 million this season, thanks to the 15% trade kicker he received when the New York Knicks traded him to Dallas in January.

While Hardaway’s contract may appear bloated on paper, he’s been earning his keep on the court of late. Since being inserted into the starting lineup a month ago, he’s become one of the team’s best offensive players. In his 14 starts to date, he’s averaging 15.7 points, 2.7 rebounds, two assists and one steal per game. He’s also shooting 46.8% overall and a whopping 40.3% on three-pointers.

Although he’s cooled off in recent contests, those numbers are sure to raise his value on the trade market. That’s a good thing for the Mavericks, but teams may remain wary of him thanks to his lingering trade kicker. If he’s dealt again, he’ll earn 15% more than he is now and his new team will be on the hook to pay him. He has one more year left on his current deal.

The other contract that the Mavericks may want to move is Courtney Lee’s. Lee also came over in the trade with Hardaway and Porzingis from the Knicks. He’s making $12.6 million this season. The plus side to his contract is that it expires at the end of the season. That bodes well for any team looking to free up its books this summer.

Lee hasn’t played much this season. He’s appeared in only eight games so far. His statistics are equally as negligible. However, Mavericks Head Coach Rick Carlisle often touts Lee’s presence in practice and the locker room as a good influence on his otherwise young roster. The 12-year veteran has seen his share of things during his journeyman career, including a trip to the NBA Finals with the Orlando Magic in 2009. That kind of experience isn’t easy to come by.

Even with all the wisdom that Lee has to impart on younger players, he’ll be spoken about most in terms of his expiring deal. That’s the business side of the sport. But for a team potentially looking the unload what they have and begin the process of a rebuild, like the Detroit Pistons may or may not decide to do, he serves as a player that can be included in a trade to help facilitate the move of higher dollar contracts as well as free up a huge chunk of cap space in just a few months.

Of course, Dallas has other players it could part with in a deal. The only ones who are off limits at this point are Doncic and Porzingis. It’s likely that the team also has reservations about moving a few others as well. The large cap holds that Hardaway and Lee command, as well as the time remaining on their current contracts, makes them the most likely candidates to be mentioned in any trade speculation. Moving them is solely contengent on whether the Mavericks decide to gun for big name targets.

Dallas also has a trick up its sleeve thanks to moves it made last season. The Mavericks are sitting on about $13 million in trade exceptions. This stems from trading Wesley Mathews to the Knicks ($1.2 million) and sending Harrison Barnes to the Sacramento Kings ($11.8 million remaining). This means that they can absorb larger contracts without having to get the dollar amounts as close as they would for an otherwise normal transaction.

There’s a catch though, the trade exceptions expire. The one they have from the Matthews deal runs out on January 31, 2020, days before the trade deadline. Barnes’ exception expires the day after the deadline, February 7, 2020. If the Mavericks want to use the free money they have stashed away, they’ll have to swing a deal. Otherwise, poof! It vanishes.

Dallas has a lot to think about between now and February 6. Right now, the offense is flying high and the team is winning games. They’ll have to decide if bringing in new blood is worth the gamble. A trade could either disrupt the team’s chemistry, possibly curtailing the season, or potentially land the missing piece that transforms them into a contender.