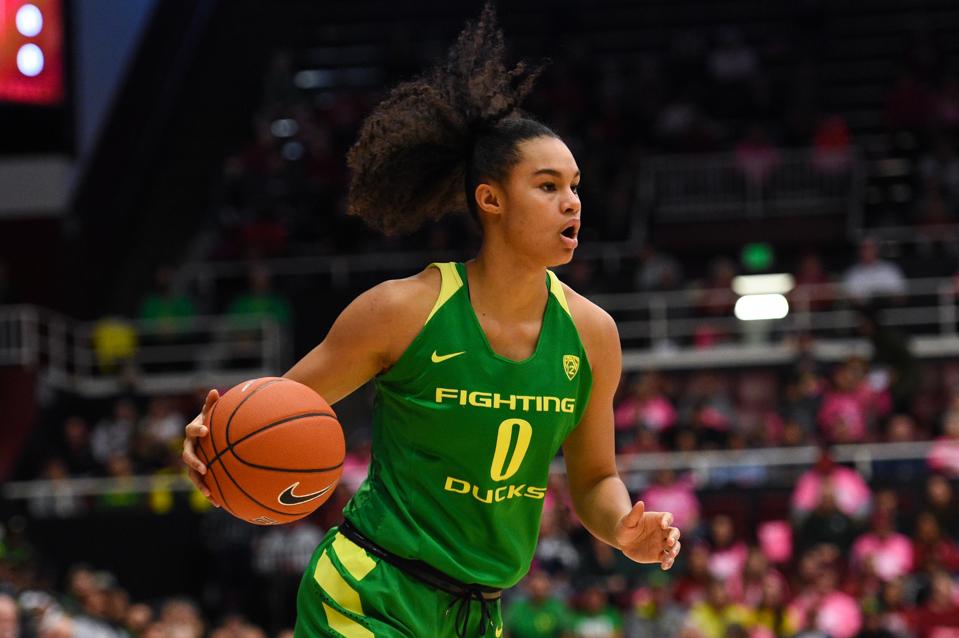 The WNBA Draft will still take place this Friday, April 17, albeit in an entirely new format thanks to COVID-19. It will be the first professional sports league to hold its draft virtually. Regardless of the draft’s format, the night is shaping up to potentially be a franchise-defining event for the Dallas Wings. Holding four of the first nine picks, the Wings are set to infuse the organization with a slew of young talent.

Dallas holds the second, fifth, seventh and ninth picks of the first round. It’s a remarkable haul, but it unfortunately comes with one downside. Not having the first overall pick leaves them on the outside looking in when it comes to potentially landing University of Oregon star Sabrina Ionescu. The New York Liberty, who have the top pick in the draft, are expected to select her. The Wings also have picks No.’s 15 and 21 in thesecond round.

Even with Ionescu out of the picture, barring a draft night trade, Dallas should walk away from the draft feeling confident. They have several options to select from with the No. 2 pick, such as Ionescu’s Oregon teammate, Satou Sabally, as well as Baylor’s Lauren Cox, who grew up in North Texas, attending Flower Mound High School. Many mock drafts have Sabally going second.

Texas A&M’s Chennedy Carter is also an option. She also played locally at Mansfield. Although with Wings President and CEO Greg Bibb saying that Moriah Jefferson will be the team’s starting point guard next season, they may not be looking to add another guard so early in the draft. Of course, what happens after Ionescu is off the board is anyone’s guess.

With their later picks, Dallas can opt for any number of players. Connecticut’s Megan Walker and Crystal Dangerfield could be options at No.5. Tyasha Harris of South Carolina should also be available. With so many picks, though, the Wings can also trade one or more to move up into the draft. Their options are seemingly limitless.

A series of unfortunate events led to the Wings’ fortunes in this year’s draft. In the past two years, not one but two stars left the organization. Liz Cambage requested a trade last year followed by Skylar Diggins-Smith doing the same earlier this year. Ordinarily, losing two players of their caliber—both have been All-Stars—could be crippling blows to a franchise, but the Wings turned their departures into three 2020 first round picks. They received two from the Phoenix Mercury for Diggins-Smith and one from the Las Vegas Aces for Cambage. Phoenix also sent Dallas a 2021 first round pick.

Coming off their worst season since moving to the Metroplex, the Wings now have an opportunity to recoup the losses of its stars and begin rebuilding. Whoever Dallas decides to draft will be joining a young core led by last year’s Rookie of the Year runner-up Arike Ogunbowale, as well as Jefferson and Isabelle Harrison, last season’s AP Comeback Player of the Year.

With four early picks, the Wings are set up masterfully. Friday night, when WNBA Commissioner Cathy Engelbert reads the names of all the drafted players, none of them will be in attendance. Players participating via video conferencing will have to wait to hold up the jersey of their future franchise once selected. Ionescu may not be coming to Dallas, but the first round of the 2020 WNBA Draft belongs to the Wings.

Forbes Asia Tracker: How The Region’s Tycoons, Entrepreneurs And Businesses Are Combating The Coronavirus

Oil: OPEC+ Alliance Stuck An Accord. Is This The End Of The Tumultuous Period?

JP Morgan Chase Must Suspend All Its Payouts

A CRM Application That Brings All “Kustomer” Interactions...

Could Astronauts Use Their Own Urine To Make...