Home Business The Detroit Pistons Want To Trade Andre Drummond, But Here’s What Happens If They Can’t
Business 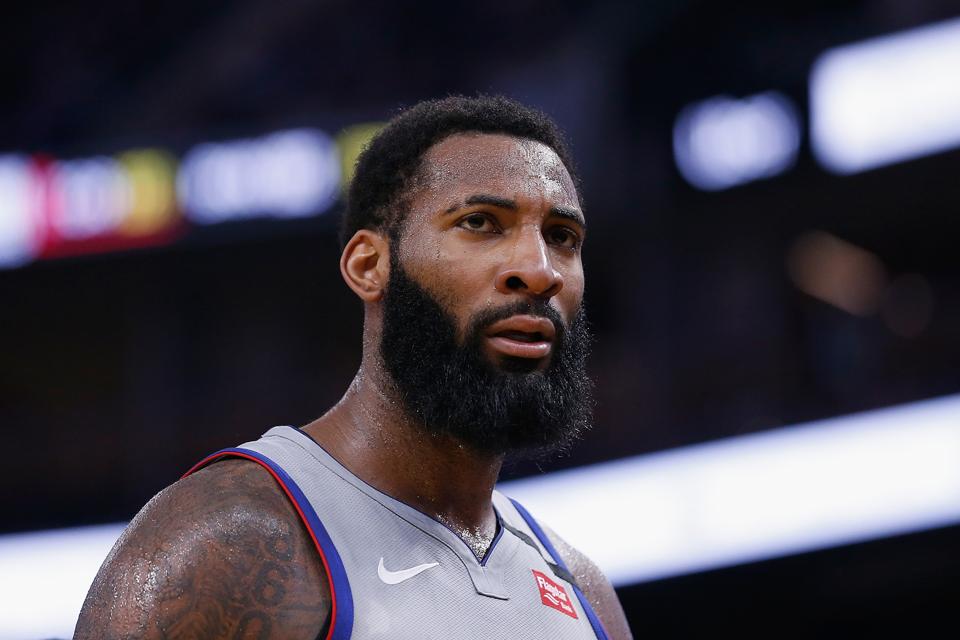 SAN FRANCISCO, CALIFORNIA – JANUARY 04: Andre Drummond #0 of the Detroit Pistons looks on in the … [+] second half against the Golden State Warriors at Chase Center on January 04, 2020 in San Francisco, California. NOTE TO USER: User expressly acknowledges and agrees that, by downloading and/or using this photograph, user is consenting to the terms and conditions of the Getty Images License Agreement. (Photo by Lachlan Cunningham/Getty Images)

The Detroit Pistons have a different set of goals now than they did when the season began. At the start of 2019-20, they had a lofty target of making the playoffs in back-to-back years for the first time since the Going To Work era of the 2000s.

That goal is dead and has been replaced with another: Trade Andre Drummond before the NBA trade deadline on February 6th. Drummond has a player option coming up in the summer worth $28.57 million, and he becomes a free agent if he declines it.

The Pistons would rather not pay him that amount next season, and their preference is to move him for some kind of positive assets with which to start their inevitable rebuild.

There is a problem with that. It appears that interested teams aren’t willing to part with positive assets for a player who may or may not be under contract after the end of this season. It introduces an unstable element that scares off contenders who could use his services for a playoff push, and teams like the Atlanta Hawks who are trying to start their rebuild aren’t willing to trade more than the bare minimum to get him under their roof.

This puts the Pistons in an awkward spot. They can trade Drummond in essentially a lateral move, taking on expiring salary to replace what may be his expiring contract if he opts out. Or they could keep him and see how things develop in the summer. We’ll look at how both of these outcomes may impact the Detroit Pistons in the near and long term.

If they trade him

Things become simpler and clearer if the Pistons make a trade. They’ll either have an expiring contract like that of Chandler Parsons, or a draft pick or young player (although there has been no indication that either of the latter elements are possible at this point).

If that’s what they get, they can plan for the coming summer and the future according to what their return is. They remove the uncertainty surrounding his decision, and whether he chooses to opt into his final season or opt out and hit free agency no longer has any bearing on them.

It’s liberating in a way, and it’s a step towards that clean slate the Pistons need to work towards.

Assuming the worst case scenario in a trade and expiring salary is all they get back, the Pistons could have as much as $45 million in space. It’s a weak free agent class with players like Paul Millsap, Dario Gallinari, Serge Ibaka and Marc Gasol leading the way, although guys like Otto Porter Jr., Anthony Davis and DeMar DeRozan all have player options and could choose to enter free agency.

Perhaps the biggest target for the Pistons would be Raptors’ guard Fred Vanvleet. According to The Athletic’s James Edwards III, he may be the free agent they crave the most.

While Vanvleet would shore up a desperately depleted guard rotation, he’ll turn 26 this year and is a sub-40% shooter from the field on the season and barely over it for his career. He’s known for his defense, but he is not likely to push the Pistons towards true contender status any more than Drummond is.

And most damning of all, giving players their first big contract is exactly how the Pistons got into this quagmire in the first place.

If they can’t trade him and he opts out

Things grow murky if there’s no trade. Maybe he’ll opt in, locking him into that $28.57 million for next season. Perhaps he’ll opt out, freeing up plenty of cap space.

Trading Drummond largely just protects them from the potential fallout of whatever his decision might be. There is a modicum of control if they move him, but they have no say if they don’t.

There’s also the fact that if they don’t trade him and he opts out, he likely becomes the best free agent on the market. The Detroit Pistons would then have the most available cap space they’ve had in recent history and little interest in spending it on the best player available.

If they can’t trade him and he opts in

If Drummond can’t be moved, it’s not out of the realm of possibility that he may opt into his final year and hit free agency in 2021. With few teams having massive cap space to pay the king’s ransom he seeks next summer, it may be in his best interest to put it off a year until more teams have that kind of room.

Based on a projected $118 million salary cap, the Pistons could have somewhere in the neighborhood of $16 million if Drummond remains and opts in. That doesn’t include salary for their draft picks, so that number will go down before they have the opportunity to use any of it in free agency.

They’ll retain his rights and will have a whole summer to begin the process of finding a suitor. Teams may be more amenable to a full season of Andre Drummond’s services knowing that they’ll have him for the duration and then he’ll become a free agent, compared to having him for just a couple of months after which time he may be a free agent or may not be a free agent.

Maybe it’s a good thing if he opts in

The Detroit Pistons are a franchise which appears to need saving from itself. After years of trying to stay competitive while ravaging their long-term prospects in the name of trying to make the playoffs, the organization appears to view their situation as a short-term retool.

Owner Tom Gores craves the playoffs, whether it be from a business or pride perspective, or a genuine desire for a truly competitive product. But it’s clear that after years of mismanagement, it’s going to take more than a trade deadline and one free agency period to right the ship.

The kind of massive cap space that would be freed up if Drummond either walks or is traded for salary relief has historically condemned the Detroit Pistons to the NBA’s version of hell.

This front office, led by Ed Stefanski, has shown itself to be prudent and savvy making moves in the margins, but they haven’t had the opportunity to make a big splash with near infinite cap space. When you combine potential ownership pressure to win now and the weak free agent class, that freedom could lead to disaster.

If Drummond opts in, it pushes the window back. They’ll have money to work with, but not enough to back the Brinks truck up for, say, Fred Vanvleet. It pushes this window one year down the road to 2021, when most of the NBA’s stars will be free agents.

The Pistons won’t be able to sign a superstar, but they can make market-value signings of good players and they can use the remainder of what could be a massive amount of cap space to take on bad money contracts sweetened with draft assets.

There will be teams desperate for superstars but without the cap space to sign them. Cap space teams like the 2021 Detroit Pistons will be able to hold those teams over a barrel for valuable draft picks.

This can happen if Andre Drummond is back next season. It cannot happen if they sign a middling free agent to a big long-term contract next summer, which they can only do if they trade him or he opts out.

London’s Most Expensive Ever Home Set To Sell...

Who Wins At The Retirement Game?

Amazon Warehouses Are Accepting Only The Essentials…And Other...