Breaking
ESBC Major Updates: Tons Of Heavyweight Greats Added...
5 On-Demand Courses To Help Develop Your Leadership...
How to Run Nonprofit Marketing Ads
Entrepreneurs Are Bringing Transparency To Home Buying And...
Best Incentive To Get Vaccinated: Money, Messaging, Or...
Page Level Query Analysis at Scale with Google...
How A CIO Can Align IT With Business...
Blogger of the Month: Jo, Girl Eats World
6 Things Women In Business Know That Men...
How to Use First-Party Data for Ad Personalization
Pressing Reset—Putting A Fallen Unicorn Back On Its...
How We Went Viral: Promoting Content with Influencers,...
Blame Olympic Record Price Tag For Return To...
Apple iOS 14.5 Release: Should You Upgrade?
How to Come up with Podcast Topics and...
Why Gaming Gear Company Razer Launched A $50...
Home Business The Detroit Tigers And 162-ish Days Of JaCoby Jones
Business

The Detroit Tigers And 162-ish Days Of JaCoby Jones 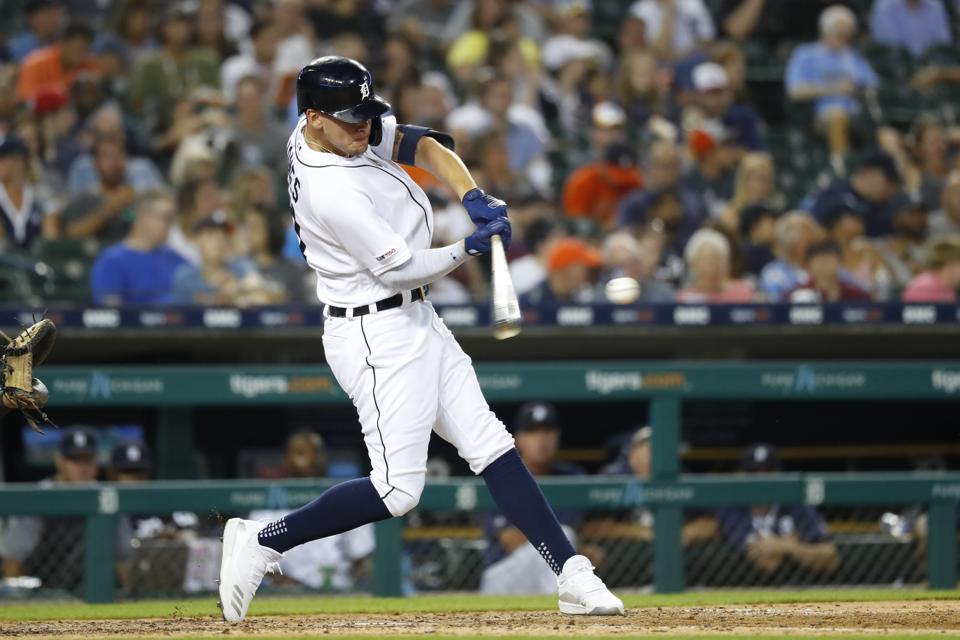 Compared to the rest of the AL Central, the Detroit Tigers are having another relatively slow offseason. The additions of C.J. Cron and Jonathan Schoop will certainly bolster their offense in 2020. While the focus on players coming and going from the roster is typically the bigger storyline during any offseason, a returning player may become a bigger contibutor than any free agent acquisition.

It is possible on May 1st of last season, a current Detroit Tiger emerged as the player that could lead their position players in fWAR in 2020. They did not acquire this player via trade, nor was it a midseason call up of a top prospect. In fact, this player was a few adjustments away from breaking out. Once those adjustments were made, JaCoby Jones emerged as one of the Detroit Tigers best all around players.

Now, it is important to note that when making a statement regarding great all around players, that statement should be understood and defined within the context of the Detroit Tigers and not the rest of the league.

Here’s some context: in 2020, Niko Goodrum led the Tigers with a 1.6 bWAR, but did not post the highest WAA. His -0.1 WAA meant despite being the Tigers’ most above replacement level position player, he was still a tick below league average in 2019.

Their positional WAA leader in 2019 was Victor Reyes who posted a 0.3 WAA making him slightly above league average in that regard. However, Victor Reyes played in 43 fewer games than Goodrum. Therefore, it is very likely Reyes would have seen a drop in WAA with a larger sample size.

The point remains, that the bar is incredibly low to be the “best Tigers position player”. Any player that is somewhere near league average will essentially be the “best” Detroit Tiger, which is actually pretty sad to think about.

Even with the additions of C.J. Cron (-0.3 WAA) and Jonathan Schoop (0.1 WAA), the field for best Tigers position player is wide open. It is also worth noting that bWAR is used over fWAR because WAA is a stat that is only available through Baseball Reference.

Enter JaCoby Jones. His turnaround last season was unfortunately cut short by a broken wrist. However, he did plant enough seeds to inspire optimism about his return in 2020. Projection systems are not very kind to Jones as those are based off of a player’s past three seasons. On the other hand, they don’t factor in swing changes. Based on the numbers since his swing change, there may be some hope for JaCoby.

The second tweet shows Jones’ approximate 162 game averages factoring in his swing change. Of course this is a very optimistic outlook based on a small sample size, but we are talking about the Detroit Tigers here.

Small samples aside, anything approaching these numbers would unquestionably make Jones the Tigers’ best offensive player. It should also be noted that these offensive numbers would be rounded out with a 9.0 BB% and roughly 14 steals. That is a pretty potent line considering the Tigers’ offensive struggles.

This also is not factoring in JaCoby Jones’ defense. Jones had a down year defensively in 2019 and Fangraphs’ defensive metrics were particularly unkind to him. This precipitous drop in defensive production seems to be more of an outlier than a trend and if JaCoby Jones can turn in another solid defensive season like he did in 2018, there is a good chance he could be worth more than 3 fWAR in 2020.

It is hard to find comparisons, but some similar stat lines were put up in 2019 by Hunter Dozier (3.0 fWAR) and Brian Anderson (3.1 fWAR) on the lower end and Brett Gardner (3.6 fWAR) and Jose Ramirez (3.3 fWAR). Before you say, “How dare you compare Jose Ramirez to JaCoby Jones!” Jose Ramirez had a down year in 2019 and this a high end comparison based on JaCoby’s 162 game projections and similar 2019 stat lines.

Keep in mind this is an incredibly optimistic outlook on a player who has been consistently bad over the course of their career. However, there is not much for Tigers’ fans to be optimistic about heading into 2020, so perhaps these pie in the sky projections can be a positive storyline next season. JaCoby Jones has all the looks of a star player, hopefully in 2020 he can put it all together because when he is playing well he is fun to watch. The Detroit Tigers and their fans would love to see it.

‘The Wonderful 101’ Destroys Kickstarter Goal, Coming To Switch, PS4 And Steam (And PS5)