Breaking
ESBC Major Updates: Tons Of Heavyweight Greats Added...
5 On-Demand Courses To Help Develop Your Leadership...
How to Run Nonprofit Marketing Ads
Entrepreneurs Are Bringing Transparency To Home Buying And...
Best Incentive To Get Vaccinated: Money, Messaging, Or...
Page Level Query Analysis at Scale with Google...
How A CIO Can Align IT With Business...
Blogger of the Month: Jo, Girl Eats World
6 Things Women In Business Know That Men...
How to Use First-Party Data for Ad Personalization
Pressing Reset—Putting A Fallen Unicorn Back On Its...
How We Went Viral: Promoting Content with Influencers,...
Blame Olympic Record Price Tag For Return To...
Apple iOS 14.5 Release: Should You Upgrade?
How to Come up with Podcast Topics and...
Why Gaming Gear Company Razer Launched A $50...
Home Technology ‘The Division 2’ Suspends And Rolls Back DPS Glitch-Using, Talent Stacking, Boss Reviving Players
Technology 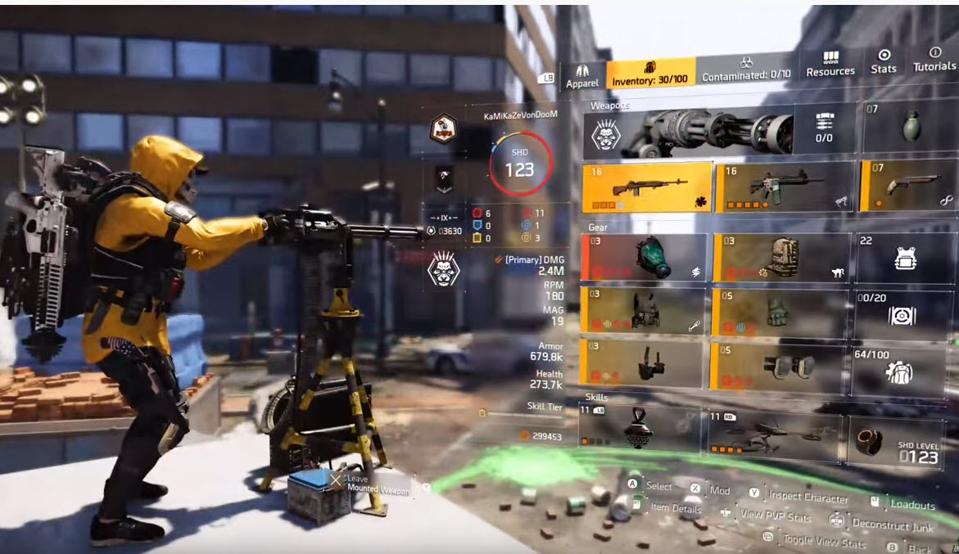 The Division 2 has been dealing with a rather nasty exploit over the last few weeks that after a few emergency patches, they seem to finally have under control. But now they’re taking a hard line against players who used different forms of the glitch, giving them a one week ban and a two week account rollback, wiping out all their progress since then.

The glitch in question was weird, but powerful, and took two forms.

The first part of it was the ability to stack damage and talents on a singular weapon. This was done by interacting with a minigun, going to a menu as you were doing that, and then switching your secondary. This added that weapon’s talent and damage to your existing weapon, which resulted in people getting guns with unlimited unique talents and millions of DPS. Obviously, that’s an issue.

There was another part that allowed you to somehow do negative DPS, which would allow you shoot the dead bodies of bosses and resurrect them with 1 HP. This let you revive and kill them for effectively unlimited loot drops.

Here’s what Massive had to say about all this:

“In accordance to our Code of Conduct we will suspend accounts of those who have systematically exploited this so called “DPS Glitch” in order to gain an unfair in-game advantage. The use of this exploit has negatively impacted the game’s economy, leaderboards, been hugely detrimental in PVP and has negatively affected the enjoyment of the game for many.”

There has been some measure of complaining from players who said they tried the glitch one time and then lost two weeks of legitimate progress but…I think Massive is trying to send a message here. If you find and use an exploit like this for any reason, you’re risking your account to at least some extent. And do not listen to YouTubers who literally title their exploit videos “DO THIS GLITCH NOW!”

Massive has taken these kind of hard lines in the past, though this is something that’s a level beyond Bullet King farming, and I can’t really take issue with these punishments unless someone is being rolled back with no use of the exploit for some reason. Even if you just used it once that’s X% damage you carried forward into every activity, so I can understand the rationale here.

In the future, the lesson we’re supposed to take away from this is that if exploits like this are discovered, avoid them, lest you want all your time using them to be wasted.