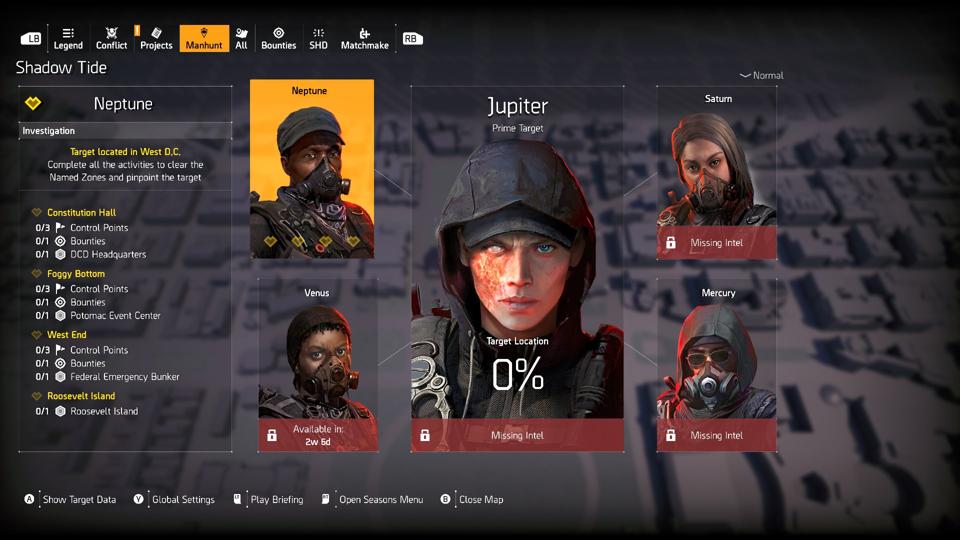 In case Call of Duty: Warzone or Destiny 2’s new season starting wasn’t enough activity for you today, we also have the fact that The Division 2 has just launched its first new type of season that asks you to hunt down a series of targets in order to find one big bad in the next three months.

It seems like a pretty cool system, and the rewards track for participating in the season rank gives you full gear sets and named loot drops, so it’s definitely worth doing if you want to play. But where to start? That would be the first target, Neptune, who has just gone live as of today.

A series of highlighted activities has now appeared on the map that will help you find Neptune, and once you find Neptune, you’re 25% of the way to finding Jupiter, once you take down three other minibosses first in future weeks. Yes, this essentially echoes the structure of Warlords of New York, only you can’t do it in a day.

The tasks to find Neptune this week are as follows:

After that, I’m not exactly sure what happens as this just launched and I haven’t beaten all of this yet. My guess is that Neptune will either appear on the map, in a new bounty, or perhaps even inside a mission itself. 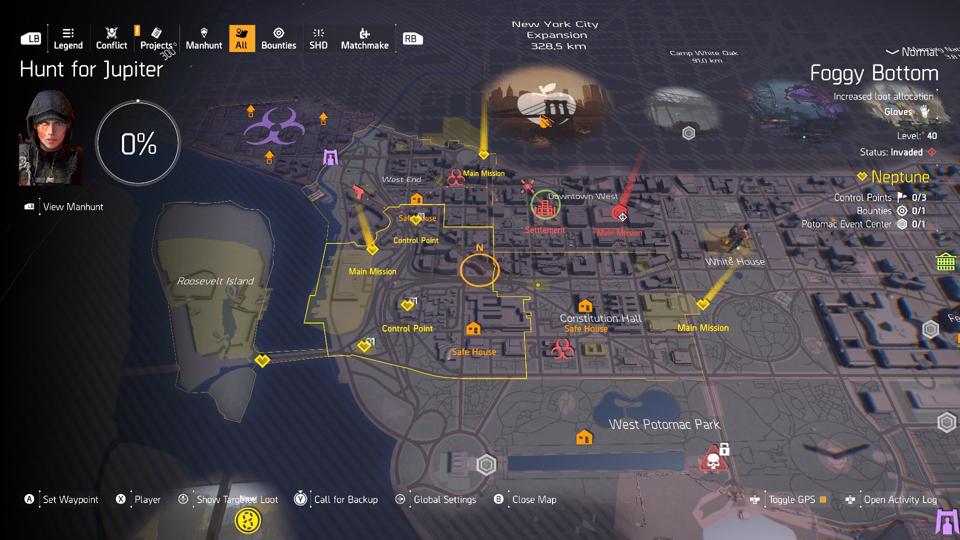 There does not seem to be a difficulty requirement for what level you need to beat all this on, but obviously higher difficulty means more XP and more SHD and season levels.

There does seem to be a ticking clock on this, which is somewhat disconcerting. In the season 1 list it shows that Neptune is only active this week, with Venus, the next target, appearing three weeks from now after a few other global events. So unless I’m reading that wrong, you have kill Neptune this week or else…you’re kind of screwed to kill Jupiter three months from now? That seems a bit unforgiving, particularly with everything else going on this week in particular. But we’ll see if that’s actually how it works.

For now, you have a checklist to complete, and while it doesn’t seem especially hard, it may take a bit of time. I’m going to get started on this before the Warzone launch and see how far I can get. Check back for an update of where exactly Neptune is once you complete all this stuff.

How To Best Take Advantage Of Outsourced Markeing

Orbitkey Nest Organizes Your Desk And Maximizes Your...