The East’s Unusual Winter Warmth Will Continue Right Into February 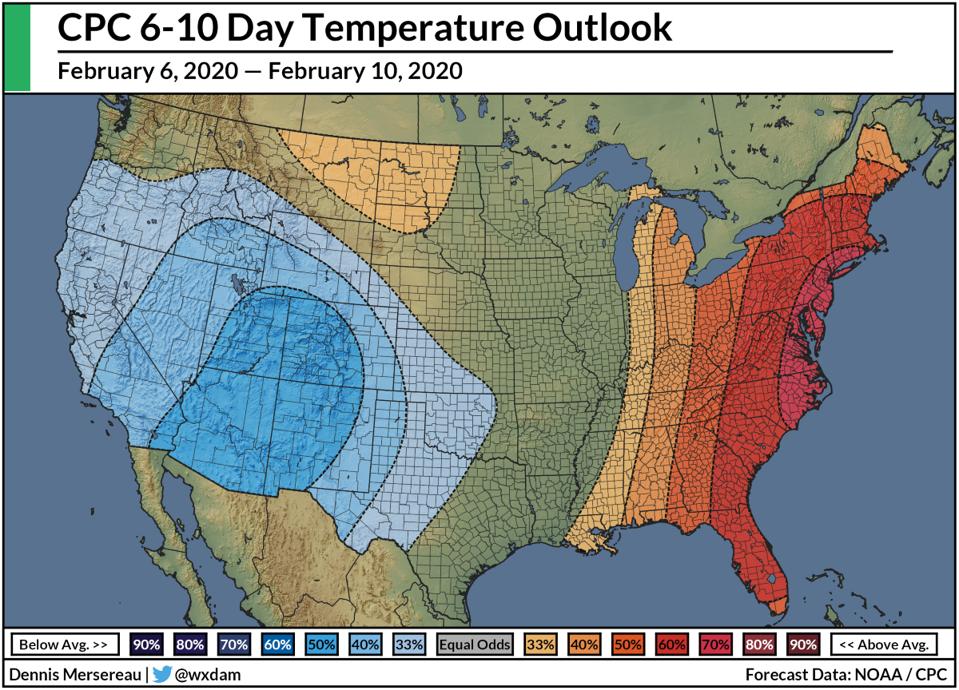 We’ve seen an incredibly mild winter in much of the eastern United States so far this year and there’s no sign of a long-lasting chill in sight. Temperatures are running above normal, snowfall is well below normal, and the Great Lakes are mostly free of ice. Such a persistently warm pattern this late in the winter is almost enough to make a snow lover want to call the whole season off.

The Climate Prediction Center expects warmer-than-normal conditions to prevail across much of the eastern United States through the first half of February. The latest outlook, issued on January 31, shows decent odds of above normal temperatures along the eastern seaboard through February 14.

The mild temperatures bathing the eastern United States this winter are the result of a stubborn ridge of high pressure that keeps returning over the region. Subsidence beneath a ridge keeps things warm and calm for as long as the ridge holds in place. Temperatures don’t moderate until the ridge weakens or moves downstream. 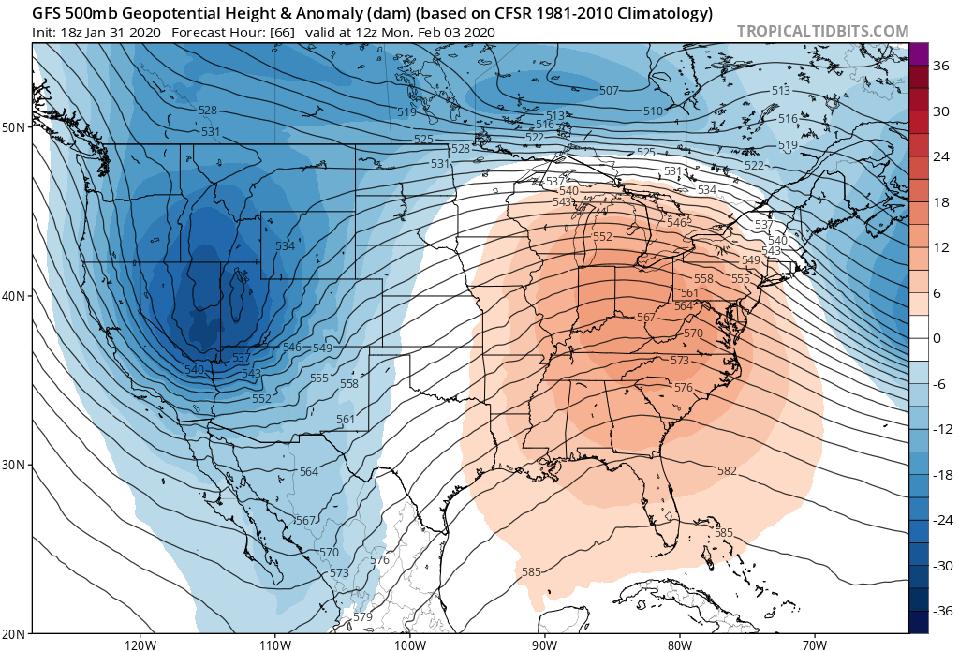 While cold snaps and snow storms are plentiful in February and March, time is running out for a deep and sustained cold spell to reverse the trend we’ve built so far this season. A pattern settling into place this weekend is a preview for what’s to come over the next couple of weeks. We’ll see a ridge of high pressure over the eastern United States and a broad trough over the western United States, as shown by the GFS model image above for Monday morning. This kind of atmospheric duopoly leads to stormy, chilly weather on one half of the country and calm, warm weather on the other.

Unusual winter warmth has tangible effects beyond not constantly shivering. There’s hardly any ice on the Great Lakes when the bodies of water are typically one-quarter covered with ice by this point in the winter. Seasonal snowfall in Boston, Massachusetts, is a little over half of where it should be by the end of January, and major cities to the south have seen even less snow. Washington, D.C., hasn’t recorded a full inch of snow this season, and Greensboro, N.C., just entered its fifth-longest snowless streak on record, having recorded no measurable snow since December 10, 2018.

Multiple reporting stations in the southeast have seen “record mild” conditions so far this season, according to the latest update of the Accumulated Winter Season Severity Index (AWSSI). Official reporting stations in Atlanta, Miami, Charleston, S.C., Raleigh, N.C., and Washington, D.C., have all experienced a top-ten warmest winter on record through January 29, and there’s little indication that this trend will reverse through the middle of February.

My Chemical Romance Sells Out North American Tour In 6 Hours