Breaking
Expanding Your Business Into Spain: What You Need...
Essentials For Your Office Coming Out Of COVID-19
What Can Marketers Learn From Digital Cults?
Why NASA’s James Webb Space Telescope Will Never...
Increasing HR Effectivity and Efficiency through Software Solutions
The Difference Between Building A Startup In Bull...
Fluor Corp Ranked Among Today’s Top Shorts
Common Pitfalls to Look Out for When Buying...
Will the Olympics go ahead this year?
Pack Up the Big Top: Insights from MozCon...
Best WordPress Themes for Blogs
Get Ready To Rip And Tear, As The...
As Economy Recovers, Loan Approval Rates Increase For...
Lessons Learned—Avoiding The Fundraising Errors That Can Sink...
Top Tips to Help You Effectively Manage Your...
Malaysia’s Carsome, Tycoon Patrick Grove’s Catcha Group To...
Home Finance The Economic Crisis Has Entered A New Phase
Finance 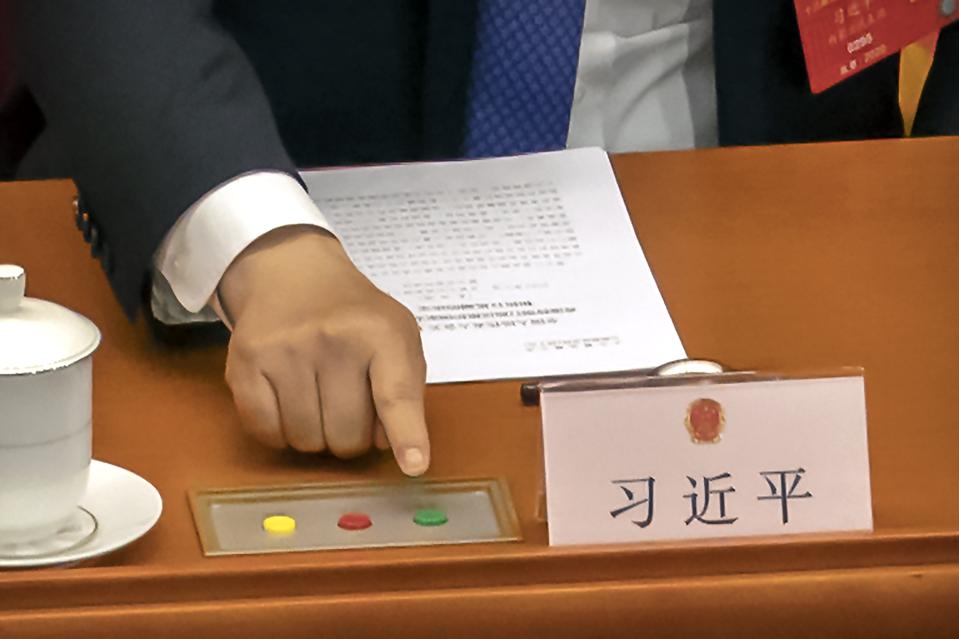 The pandemic caused a widespread health crisis that has led to an economic crisis that may take longer to recover than anybody has been able to price in. We’ve entered the second phase of our pandemic-infused national drama, Barclays Capital analysts say.

The new phase is a bit yin and yang. It’s good that states are reopening and returning to normal. It’s not good that socio-economic tensions and geopolitics are looking so dreary. One could easily trump the other.

Depression-era like unemployment in the U.S. and elsewhere, lost income that may not return in 2021, and forced business closures yet to be re-opened even after Memorial Day weekend or only part of the problem now.

The reheating of U.S. China tensions, coupled by this weekend’s surprising uprisings in numerous cities that mixed saddened and angered protesters, with violent and destructive looters destroying businesses, has inflicted more damage on some businesses than the coronavirus.

While the protests are unlikely to be a staple of city life for much longer, the tension between the U.S. and China, and what it means for securities and labor markets, is here to stay post-pandemic.

On the labor front, the deeply damaged labor markets will need more time to heel than the stock market. The stock market seems to have move onto to summer 2021.

Wall Street has largely looked past unemployment, paying more attention to Fed support and the end of lockdowns in Europe, China and parts of the U.S. The end of quarantine has not led to any meaningful second waves of infections, as was wrongly predicted before lockdowns were even lifted. 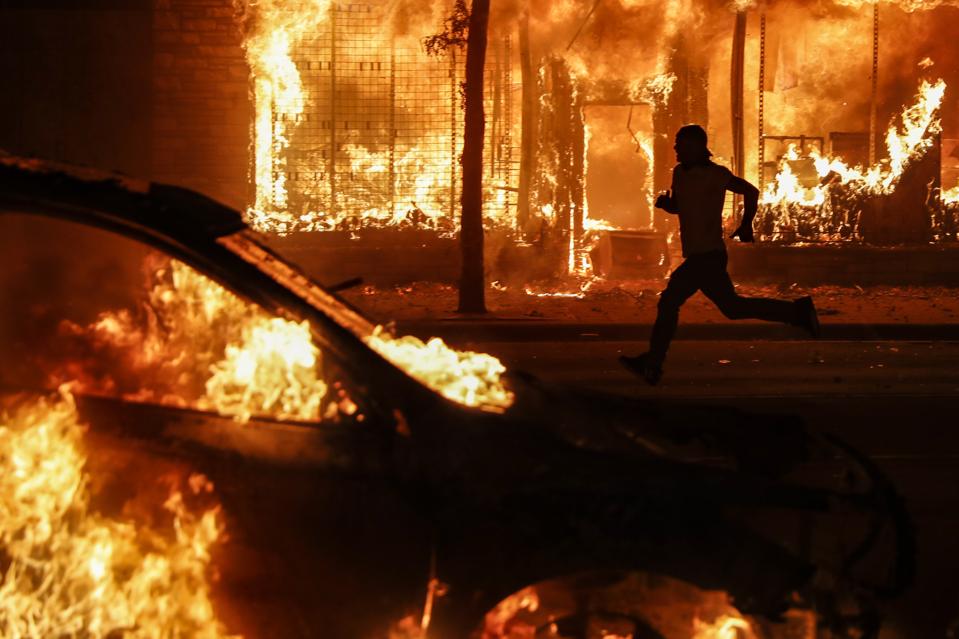 A protester runs past burning cars and buildings on Chicago Avenue, Saturday, May 30, 2020, in St. … [+] Paul, Minn. Protests continued following the death of George Floyd, who died after being restrained by Minneapolis police officers on Memorial Day. (AP Photo/John Minchillo)

Incoming economic data continue to paint April as the worst month for the pandemic, with some high frequency data points and some early business surveys showing sectors across the U.S. economy slowly came back to life in May.

This week final May PMIs for Europe and the U.K. should show similar trends — a gradual return to normalcy.

China’s new set of PMIs (official and Caixin) should provide some new insights into how China’s recovery is going this week.

Even though China’s trade and manufacturing is likely to recover further, the question of the overall strength of the recovery and the outlook beyond the post-lockdown rebound has to involve labor markets and labor markets don’t look so hot.

“Labor markets are where the lockdown-induced supply-side shock of closing businesses and the demand-side shock become intertwined,” says Christian Keller, an economist for Barclays. “Households that are out of work with uncertainty about future income — even if temporarily receiving unemployment benefits — are likely to hold back on spending.”

That’s probably the nicest way to put it. They may also never recover that income, sending them sliding down the socio-economic ladder for years to come.

The same holds for people around the world. The World Bank expects over 11 million of them will be sucked into extreme poverty because of this. 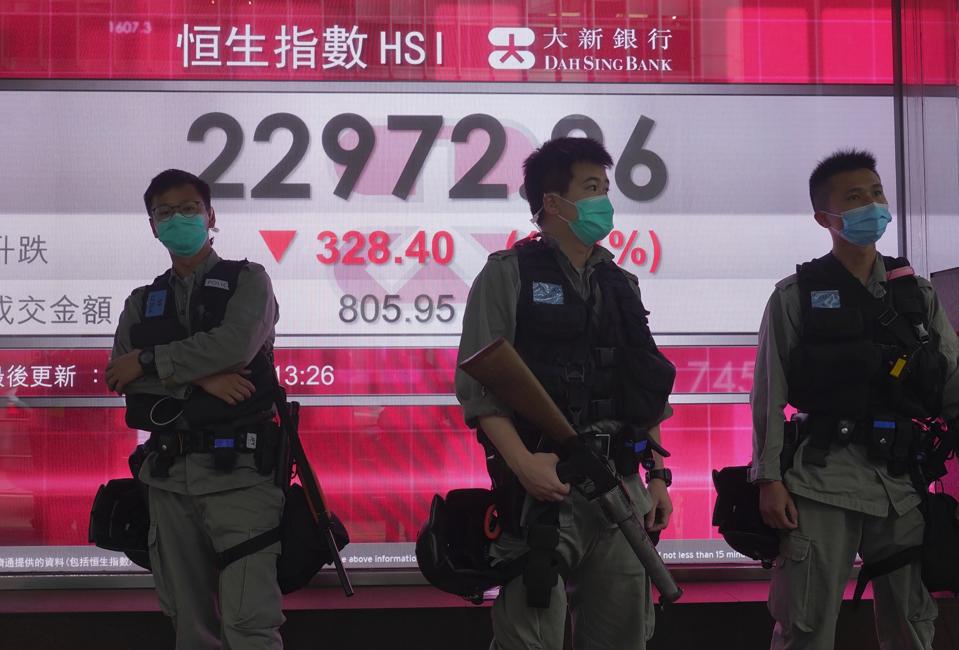 Once the protests in the U.S. wind down, if there are no new coronavirus outbreaks in the next 10 days in the major cities where the protests took place, then Wall Street will collectively agree that the pandemic is over no matter what Bloomberg says.

The World Health Organization has not responded to repeated emails about the technicalities of calling a pandemic over as of Monday morning.

Once the immediate health emergency situation improves, the policy debate moves on as well, says Keller.

In the initial phase of the crisis, the focus was on providing income and liquidity to ensure mere survival of businesses and households. The next phase, he says, “shifts to boosting demand and supporting economic restructuring where necessary.”

This will also be a worldwide endeavour.

Japan has started to compile a second supplementary budget to provide assistance to small and mid-sized businesses, and enhance unemployment benefits.

The European Commission finally agreed to their 750 billion euro bond to help countries hardest hit by the months-long pandemic. Europe being Europe, more works has to be done on that and markets will get a sense of where it all ends by July 1. 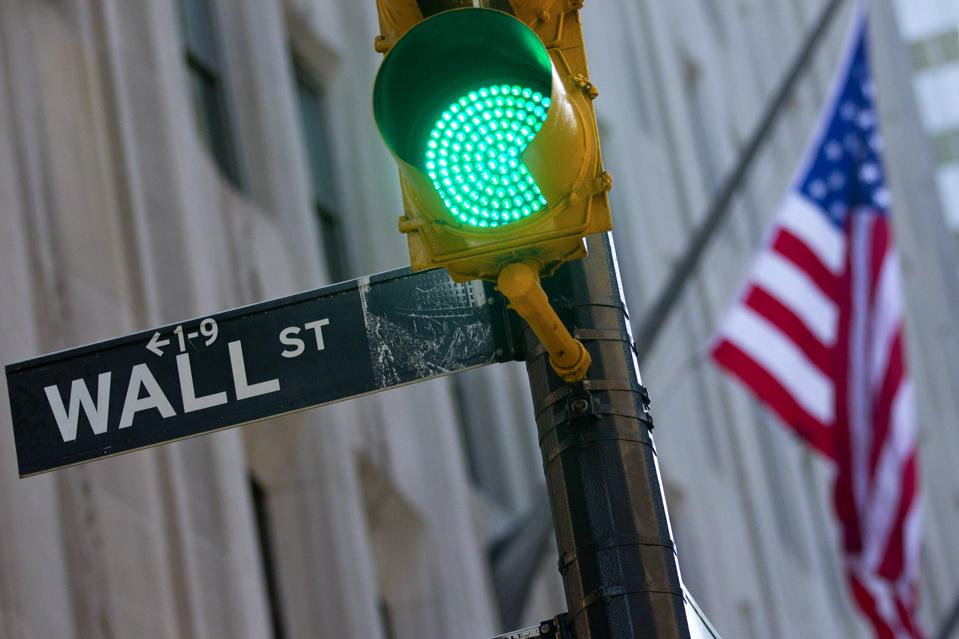 Markets have been all about the Fed and the end to lockdowns, benefiting mostly large tech companies … [+] and a few big emerging market value plays. Photographer: Jin Lee/Bloomberg

In the U.S., Wall Street is looking at an additional relief package of potentially up to $3.3 trillion. This would add to the already-approved fiscal policy measures in response to the pandemic of about $10 brillion globally, roughly 11% of global GDP — about half of which is in direct budget support, Barclays economists wrote in a report last week.

The market would have had a good start to the week, U.S. protests aside, if not for the bubbling over of tensions between Washington and Beijing with regards to Hong Kong.

Or to use a summer time reference for American readers: just when you thought it was safe to go back in the water…

Lombard’s China chief, Jonathan Fenby, says he doesn’t think the Chinese central bank will weaken the yuan in order to make China so cheap that Asian economies suffer at its expense. Or, put simpler, that tariffs are a moot point because a 10% or 25% drop in the currency value would make up for them.

Recent yuan fixings by the central bank of China suggest an effort to “dampen volatility in the securities markets, not to drive the currency lower,” says Fenby.

Then there’s Hong Kong. It’s a far away place, and its protests have been going on for more than a year now, with teen and college-aged people desperate for Hong Kong to remain what it is today. For them, Hong Kong will just be another Chinese city like Shanghai come 2047, when they will all be middle aged adults.

President Trump and other senior officials in his administration have suggested that U.S. banks and multinationals might have to leave Hong Kong if China goes ahead with imposing a new national security law. China is daring them. Multinationals are effectively on a hiring freeze in the city, one of the world’s most important financial hubs.

U.S. will need the backing of key allies if it wants to pressure China via Hong Kong; otherwise Beijing can just turn to other markets. They have at least one key ally they can count on.

European leaders have already signaled they would be the mediator, meaning they would stand down and not pick sides. 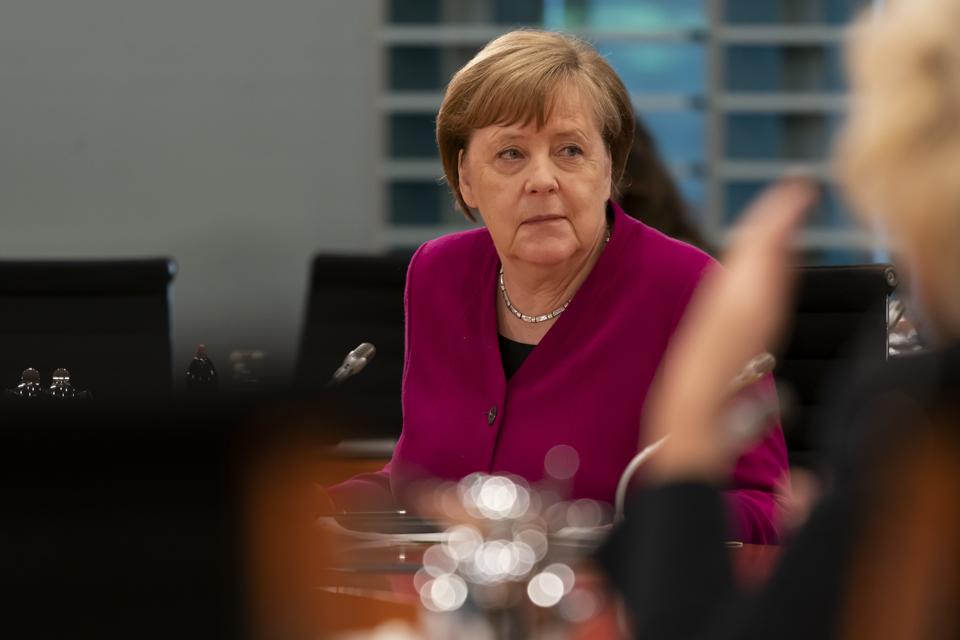 German Chancellor Angela Merkel — strategic interests in China. Will Europe join the U.S. in its … [+] fight to bring Beijing to heel? Not by the looks of things. (Photo by Henning Schacht – Pool/Getty Images)

German Chancellor Angela Merkel said in a speech last Wednesday that the European Union has a “great strategic interest” in maintaining cooperation with China even as it recognizes the fact that the country is holding ethnic minorities in detention centers — deemed re-education camps — in Western China. And that Hong Kong is taking a more militaristic approach into quelling the pro-democracy movement, a movement one might think Germany, and Merkel herself, would back.

Germany takes over the six-month rotating EU Presidency on July 1. It looks for now like it will have a neutral to a slightly pro-China tilt, potentially driving a wedge between Washington and Brussels. This would be especially true if Trump were to be re-elected in November.

Back in the U.S., Barclays is lowering their second quarter GDP figures by a sizable 8.6 percentage points. Meaning, they expect the U.S. economy to have contracted by 50.8% from the first quarter.

Maximize Business Potential And Growth With Data As Infrastructure