Home Technology The EV Resistance: Despite Lack Of Interest From Car Buyers, This Is Still A Good Reason To Buy An Electric Car, Whether It’s A Tesla Model 3 Or A Harley‑Davidson LiveWire
Technology 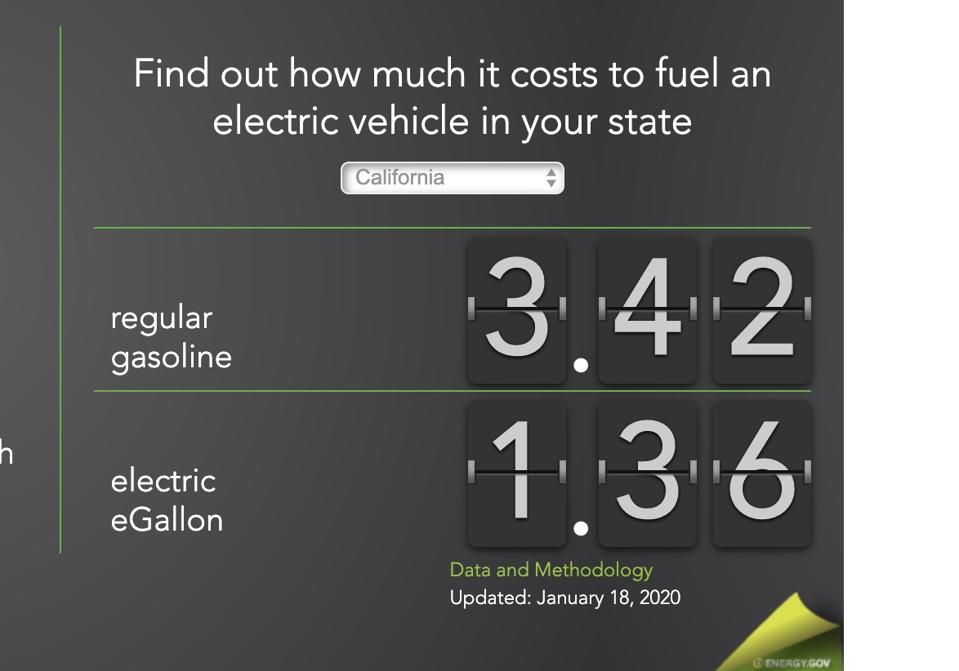 EV fuel savings can be big.

The vast majority of Americans still aren’t interested in EVs but one pesky upside should resonate with car buyers as more EVs arrive at traditional car dealerships.

This past week the CEO of Subaru lamented that Americans just aren’t interested in EVs and confessed that buyers have shown little interest in the carmaker’s first plug-in hybrid. (Though the CEO did tell the Wall Street Journal that Tesla was an exception.)

A survey seemed to agree with that sentiment. J.D. Power and SurveyMonkey issued a report* this week titled “most consumers still say ‘thanks, but no thanks’ to automakers’ future self-driving and electric vehicle offerings.”

But even with this indifference to EVs, the fuel savings argument may eventually get through to the average car buyer.

It costs $546 to drive 15,000 miles per year in a compact electric vehicle, while it costs $1,255 (or 130%) more to drive the same distance in a gas car, according to a report** from the American Automobile Association (AAA) this past week.

That’s a critical statistic. “The average U.S. household spends nearly one-fifth of its total family expenditures on transportation,” according to the U.S. government’s Office of Energy Efficiency and Renewable Energy, which offers a calculator on its website that shows the savings for electric cars for different states.

And that means that saving on fuel can make a big difference in the family budget.

And there’s another big advantage to EVs, as pointed out by the AAA. Maintenance.

It’s not all good cost-saving news for EVs, though. The upfront cost can be high, as anyone who has purchased a Tesla can testify. “While the operating costs of EVs are substantially lower, EVs can be more expensive to purchase than their conventional counterparts,” the Office of Energy Efficiency and Renewable Energy said.

But as more EVs arrive at traditional dealerships from established car makers in 2020 and 2021 and as Tesla ramps production of new cars like the Model Y crossover, the advantages of EVs could wear down consumer resistance.

*It isn’t like EVs arrived yesterday. Both less-expensive (Nissan Leaf, recently-discontinued Chevy Volt) and more expensive (Tesla) EVs have been around since 2011 and 2012, respectively.

**The AAA report also said that the overall cost of electric vehicle ownership is 8% more per year but, curiously, didn’t offer details on how it arrived at the number. I have queried AAA about this.

Harely Davidson LiveWire. The company faces challenges getting lots of customers to come around to … [+] an electric Harley.

The Answer To A Dinosaur Dilemma Was Hidden...