Breaking
Behind The Curtain—Chapter 11 From The Inside—Chapter 10—The...
Three Classic Ways To Get New Business
With Hope, Perseverance And Faith, Two Friends Are...
Exxon Mobil Shares Cross 10% Yield Mark
T-Mobile for Business BrandVoice: From Sci-Fi To Everyday...
How To Move Your Career Forward By Making...
A Conversation With Jill Houghton, President And CEO...
VW’s Electric ID.4 Lands In Q1 2021 With...
Would Biden Enact Broad Student Loan Forgiveness? These...
Why You Must Slay Your Mindset And Stop...
Surviving The Pandemic With Your Culture Intact: How...
The Disruption Of The Consulting Industry Is Here
Remote 101: How To Create Meaningful Connections For...
How To Reassess Your Finances To Align Your...
7 Things Every Entrepreneur Should Automate
Volkswagen’s Truck Unit Ties Up With TuSimple On...
Home Finance The Fed Is Close To A Liquidity Trap. What Does That Mean For Cryptocurrencies?
Finance 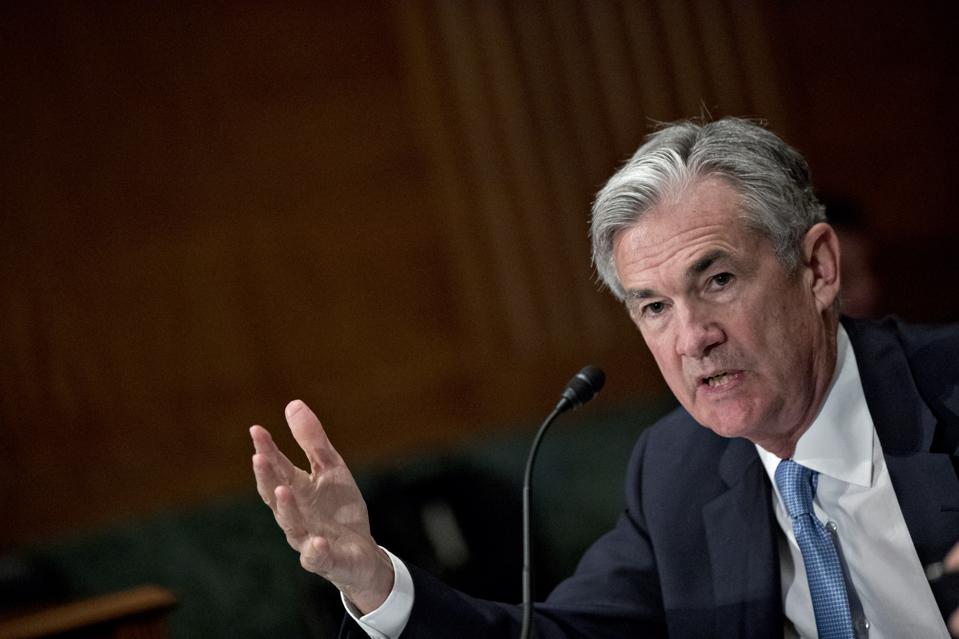 A liquidity trap is perhaps best summed up in this quote by Paul Krugman: “a situation in which conventional monetary policies have become impotent, because nominal interest rates are at or near zero […]”, a quote that sums up what’s happening with US and generally, monetary policy around the world.

When nominal interest rate targeting, the preferred mechanism of central banks including the Federal Reserve nears zero, monetary policy can no longer move the needle effectively — you can’t really go to negative numbers without there being unforeseen consequences (though certainly, there are a few central banks who are trying).

In response, central banks are either stuck on the sidelines, or they have to resort to a wide array of unconventional monetary policies: quantitative easing and the addition of financial assets directly to its balance sheet being the tool of choice for the Federal Reserve, while the European Central Bank has already been aggressively working on how to implement negative interest rates. Both are also likely to signal further actions or rate cuts before they take place and they may even create cash assets without any corresponding entry in the balance sheet.

The Fed Funds target rate is between 1% to 1.25% now, with an effective Fed Funds rate of about 1.1%. This was decreased from the original 1.5% – 1.75% target rate change in an emergency unscheduled rate change after the worst one-day percentage selloff of stocks since 2008 (since then, the Dow Jones has recorded an even worse one-day percentage selloff than any period since 2008).

As a result, the Federal Reserve is taking other steps to provide liquidity to the markets, including providing liquidity for repo operations. While these are in the vein of conventional open market monetary operations, the level of aggression on them is something we haven’t really seen from the Fed for a few years.

JPMorgan has projected that the Fed will look to lower rates to the 0%-0.25% range, the lowest since 2015. This would happen at or before the March 17th – 18th policy meeting where the Fed usually rolls out its interest rate decision/monetary policy determination. With its earlier unscheduled rate cut announcement, the Federal Reserve has shown a determination to be aggressively proactive against what it sees as contagion from the effects of COVID-19 and market prices.

At that point, unless the Fed aggressively embraces negative interest rates or other unconventional monetary policies as it did during 2008, it will be stuck in a classic liquidity trap. This has implications on inflation levels in the future and how individuals and businesses will think about saving money — we may see a repeat of the post-2009 period.

So, if the Fed is close to a liquidity trap and may be close to restarting unconventional monetary operations, what exactly does that mean for cryptocurrencies?

It’s important to note that skepticism about monetary policy is one of the rationales behind Satoshi creating Bitcoin in the first place. The genesis block of Bitcoin refers to the brink of a second bailout of banks from the United Kingdom — though this is fiscal policy, it speaks to the general weakness of the central bank-supported banking system. Since its earliest days, Bitcoin seemed posed as a counter-example for central banks who had embraced inflationary policies to solve policy issues.

Bitcoin posited a strict cycle of value creation that would resist many attempts to arbitrarily decide value by algorithmically determining when blocks would be mined and imposing an upper limit. By using a decentralized network of miners and peers, the system was designed to be less dependent and more decentralized than its central-bank propped consensus, which is a largely homogenous mixture of structure and policy that defined the post-WW2 economy.

Cryptocurrencies have clustered around this new consensus, with most adapting many of the key principles of Bitcoin, if not their exact expression.

Through the course of its short almost decade-long life, Bitcoin has now become an institutional force, and this ironically has given it exposure to the very force it was seeking to counter. Stacked as another portfolio option among many in good times, seen as a “spicier” version of gold, perhaps, Bitcoin and the cryptocurrencies it is a gateway to are now, for better or for worse, tied to larger market forces.

This means unpredictability as institutional and retail investors start weighting towards the backing they feel safest in when it comes to a financial crisis: government fiat.

Investors have poured into the US dollar, Treasures, and government debt regarded as safe, because they come with the full backing and faith of the existing system. Meanwhile, “risky” assets are being shed by people with a short-term view: cryptocurrencies, facing government scrutiny rather than any backing at all, would fare especially poorly in such a comparison.

So in the short-term, it’s likely that cryptocurrency prices will be very volatile, and possibly tending to the downside. Interestingly, if the Federal Reserve decides once again to fill its balance sheets with financial assets like it did during rounds of quantitative easing, this short-term effect will likely be replaced with a surge in asset prices, including cryptocurrencies.

This, however, is not the most important effect. Short-term price fluctuations will let long-term thinkers fill the gap if they choose. And it’s clear, given how central banks are currently reacting, that the conventional financial system is quickly running out of conventional options and is in a precarious spot with a crisis that is not so correlated with monetary policy. This shows the need to store value in a diverse and heterogenous way: as a hedge, perhaps, or even as a potential replacement for the vast majority of financial instruments.

After all, the COVID-19 pandemic has already forced many to work from home, and shown the perils of global crises treated by individual countries and individual stores of value. The long-term horizon for cryptocurrencies and the need for them should not be dampened by short-term price fluctuations — but instead be inspired into an examination of the founding principles within cryptocurrencies and why they mattered in the first place.

With Traffic “Essentially Non-Existent,” SAS Will Reduce Staff By Up To 90%