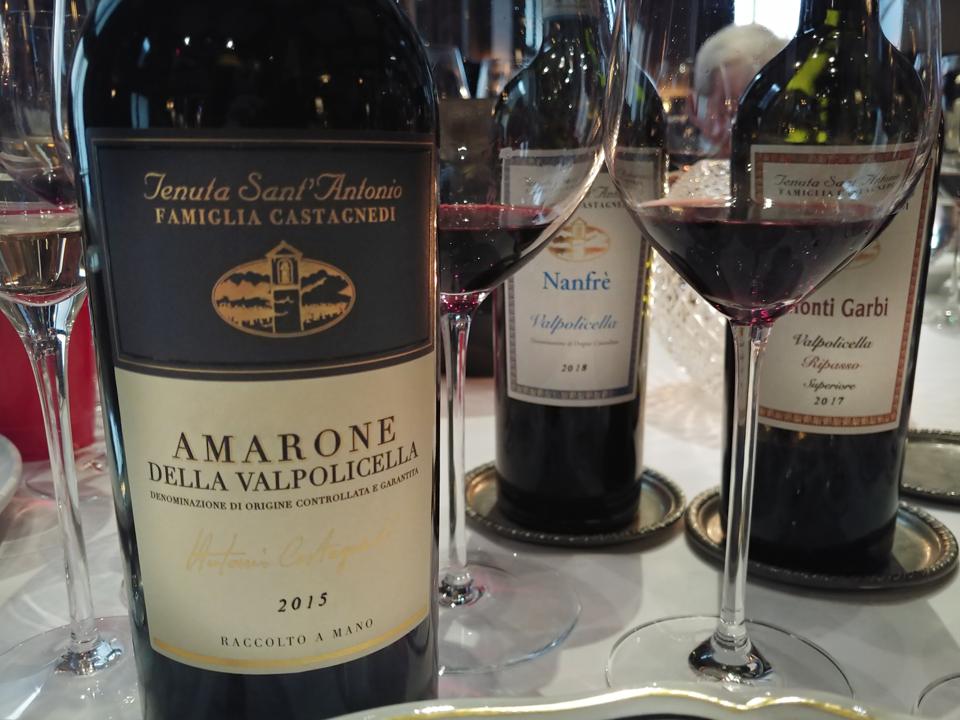 There was a time when the western section of the valleys of Valpolicella, in Veneto, Italy, were known as the only area for quality Valpolicella wines with its signature robust Amarone della Valpolicella. This famous western portion is considered the “classic” area receiving an extra designation of “Classico” being added to their label. Many of those producers who initially started growing wine grapes on the eastern side were not able to compete with the well-established nobility of the Classico producers and so some had to form big cooperatives where the members would share the cost of equipment and supplies to blend all their grapes from various vineyards to sell their coop wines for a fraction of the going market price. But as tourism increased in the local area, with many traveling to the local city of Verona and the nearby stunning area of Lake Garda, some of these eastern Valpolicella producers started to see the advantage of bottling their own wine. 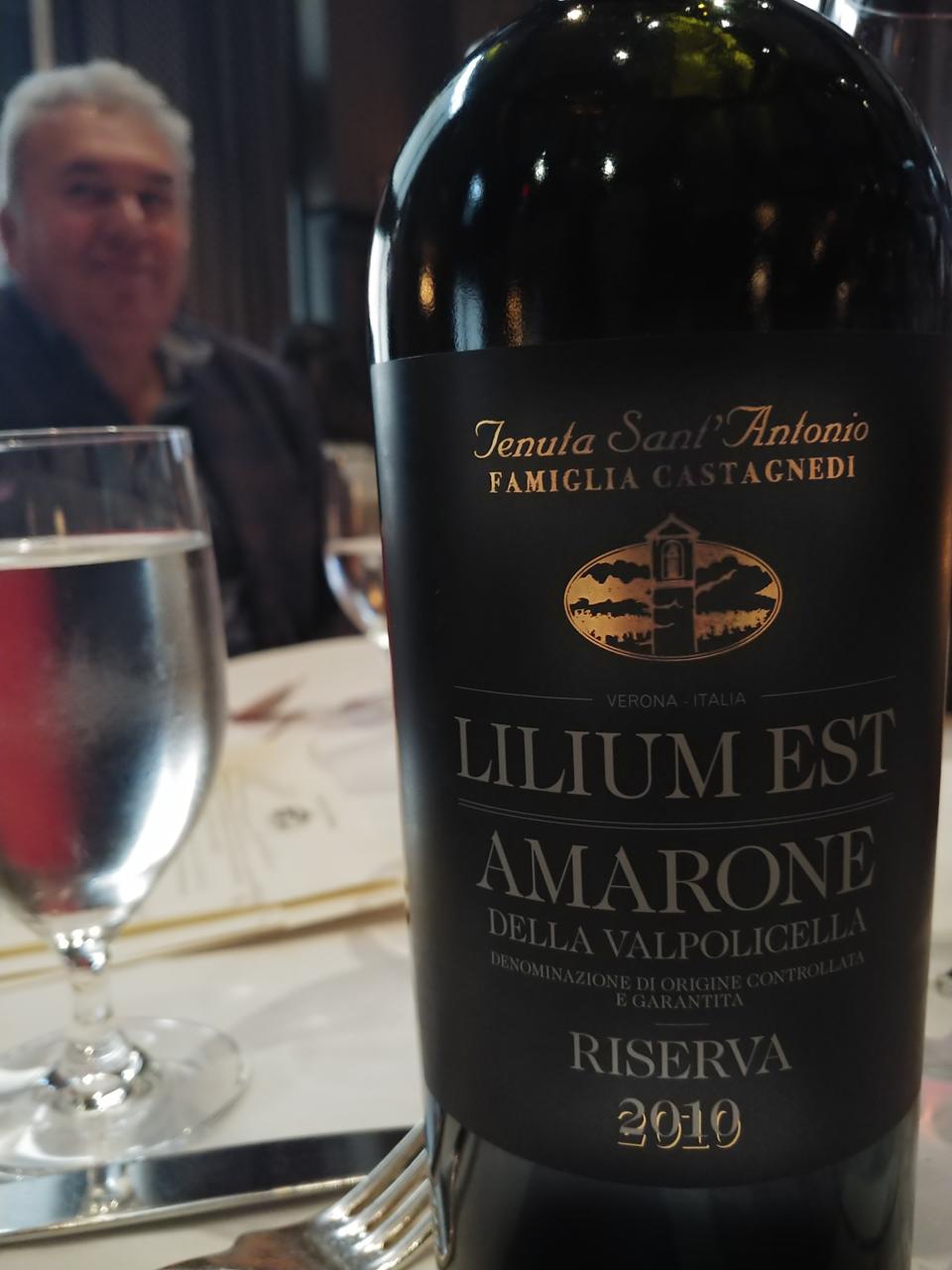 The Tenuta Sant’Antonio producer was one that was started by four sons of a grape grower named Antonio Castagnedi, whose vineyards were located in the second to most eastern valley, Illasi Valley. Antonio’s son Armando said that his father was not initially happy when he and his three brothers (Tiziano, Paolo and Massimo) pressured him to leave the coop that his father helped establish along with 30 other grape growers to go on their own, but as time went on with people wanting to drink less but better, it ended up being the best decision for the family. The Castagnedi family already had 50 acres in Illasi Valley that originally started with their father Antonio but they decided to take an opportunity to buy 75 acres in 1989 that were from a high-quality site on higher terrain (over 650 feet high), in the Monti Garbi section of the Illasi Valley, as their goal was to make more elegant, restrained wines; the quality from the Monti Garbi vineyards has helped to cast them into the international spotlight. In 1995, they produced their first vintage from their newly formed family winery Tenuta Sant’Antonio.

According to Armando, his family winery only uses native varieties from the Valpolicella wine region that are 100% estate grown fruit and they like to add a small percentage of lesser known native grapes, Croatina and Oseleta, for spice and structure as well as the more commonly used Corvina, Corvinone and Rondinella. In regards to the differences between the classic, western area of Valpolicella and his own sites in the eastern part of Illasi Valley, Armando said, “The Classic area has more clay in the soil and so it is a little richer and fruitier with more cherry flavors but in our area there are more spices with herbs such as mint because we have lots of limestone and chalk.” Also, average temperatures are slightly warmer in the western section, compared to the eastern area, since the climate is moderated by Lake Garda. 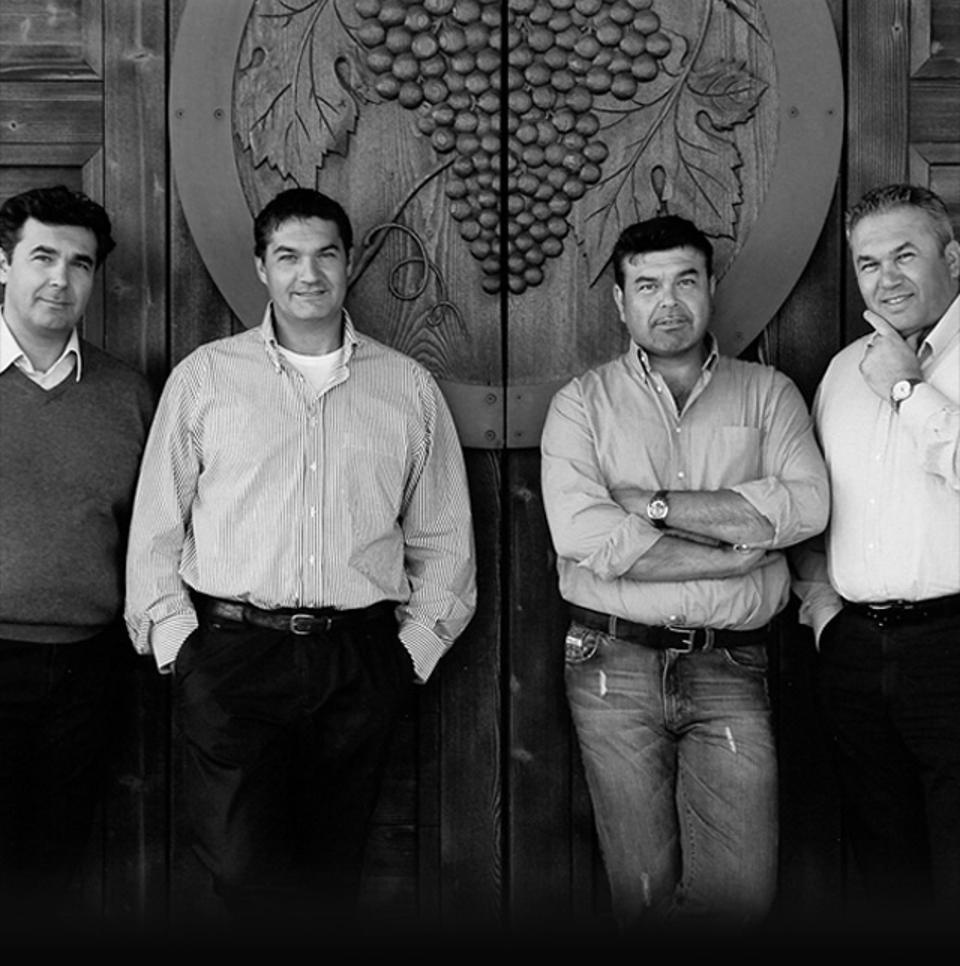 Tenuta Sant’Antonio picks their fruit for their Amarone della Valpolicella wines first as they want to harvest them earlier so when they dry the grapes during the required drying process for Amarone, the grapes do not get too concentrated. But also since the Amarone grapes are picked first they are more transparent in their expression so Tenuta Sant’Antonio will not make Amarone in difficult years as it will show through their wines and hence why they sold off their grapes for the 2014 vintage and did not make Amarone. After talking about not releasing their 2014 Amarone lineup, Armando exclaimed, “My brother Paolo, the winemaker, is never satisfied!”

Other Side of the Tracks

The eastern part of Valpolicella is bringing a more vibrant energy to the wines of this area that are attracting both a younger generation but also long established fine wine drinkers that prefer more of a savory style with finesse. Tenuta Sant’Antonio has even brought their pioneering spirit to the easy drinking Valpolicella wine, making a wine that is not just quaffable but a serious light red wine that shows off Corvina’s affinity for expressing terroir. They produced their 2018 Valpolicella without using additives such as sulfur dioxide to further express a strong sense of place. Sometimes it is not such a bad fate to be born on the wrong side of the tracks, so to speak, as the world is always changing and opportunity may present itself to the most unlikely of people but the drive and the passion needs to be there; and Tenuta Sant’Antonio has all that and much more. 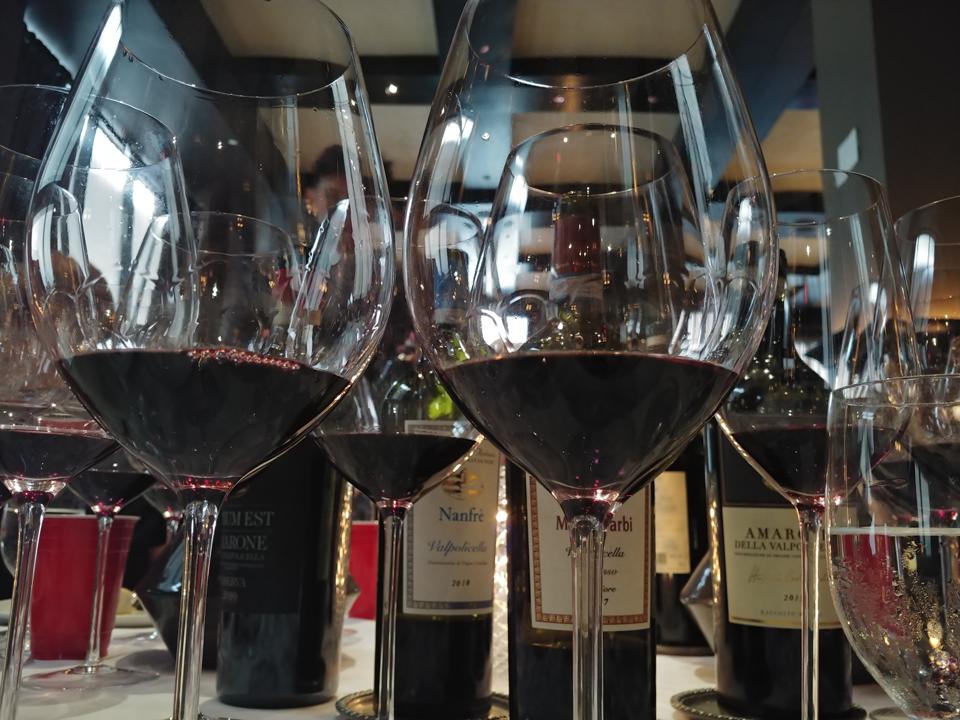 2018 Tenuta Sant’Antonio, Valpolicella, Nanfrè: 70% Corvina and 30% Rondinella. A good amount of weight and fleshy fruit for a Valpolicella, with dark cherry flavors and spicy and intense minerality. Tenuta Sant’Antonio conducts two harvests for this Valpolicella with the first being fresher, higher acidity grapes and the second riper and from one of their top quality Amarone vineyards. Suggested Retail Price: $15.

2017 Tenuta Sant’Antonio, Ripasso Superiore, Monti Garbi: 70% Corvina and Corvinone, 20% Rondinella and 10% Croatina and Oseleta. Layers of fruit flavors and certainly richer than the Valpolicella and a real stony, earthy quality to it. Suggested Retail Price: $22.

2015 Tenuta Sant’Antonio, Amarone Antonio Castagnedi: 70% Corvina and Corvinone, 20% Rondinella, 5% Croatina and 5% Oseleta. This Amarone is named after their father who started it all as a grape grower teaching all his sons how to respect the vines as they helped their father when they were boys in the vineyards. Bright red cherry nose with lavender and hint of tar that was balanced with fresh sage. Suggested Retail Price: $47.

2010 Tenuta Sant’Antonio, Riserva Lilum: 70% Corvina and Corvinone, 20% Rondinella, 5% Croatina and 5% Oseleta. Tannins that are etched like fine tannins with juicy fruit and notes of pressed rose and rum cake that has a zing of mint on the finish.

2008 Tenuta Sant’Antonio, Amarone Riserva Lilium: 70% Corvina and Corvinone, 20% Rondinella, 5% Croatina and 5% Oseleta. Classic balsamic notes with aromas of wild mushrooms, dark chocolate and a lush body that had bright acidity to balance with a hint of orange peel on the long length.

Is It Time To Change Your Board Members?

How Many Wind Turbines Would It Take To Power The US?