Breaking
ESBC Major Updates: Tons Of Heavyweight Greats Added...
5 On-Demand Courses To Help Develop Your Leadership...
How to Run Nonprofit Marketing Ads
Entrepreneurs Are Bringing Transparency To Home Buying And...
Best Incentive To Get Vaccinated: Money, Messaging, Or...
Page Level Query Analysis at Scale with Google...
How A CIO Can Align IT With Business...
Blogger of the Month: Jo, Girl Eats World
6 Things Women In Business Know That Men...
How to Use First-Party Data for Ad Personalization
Pressing Reset—Putting A Fallen Unicorn Back On Its...
How We Went Viral: Promoting Content with Influencers,...
Blame Olympic Record Price Tag For Return To...
Apple iOS 14.5 Release: Should You Upgrade?
How to Come up with Podcast Topics and...
Why Gaming Gear Company Razer Launched A $50...
Home Technology The Future Of Virtual Reality (VR)
Technology

The Future Of Virtual Reality (VR) 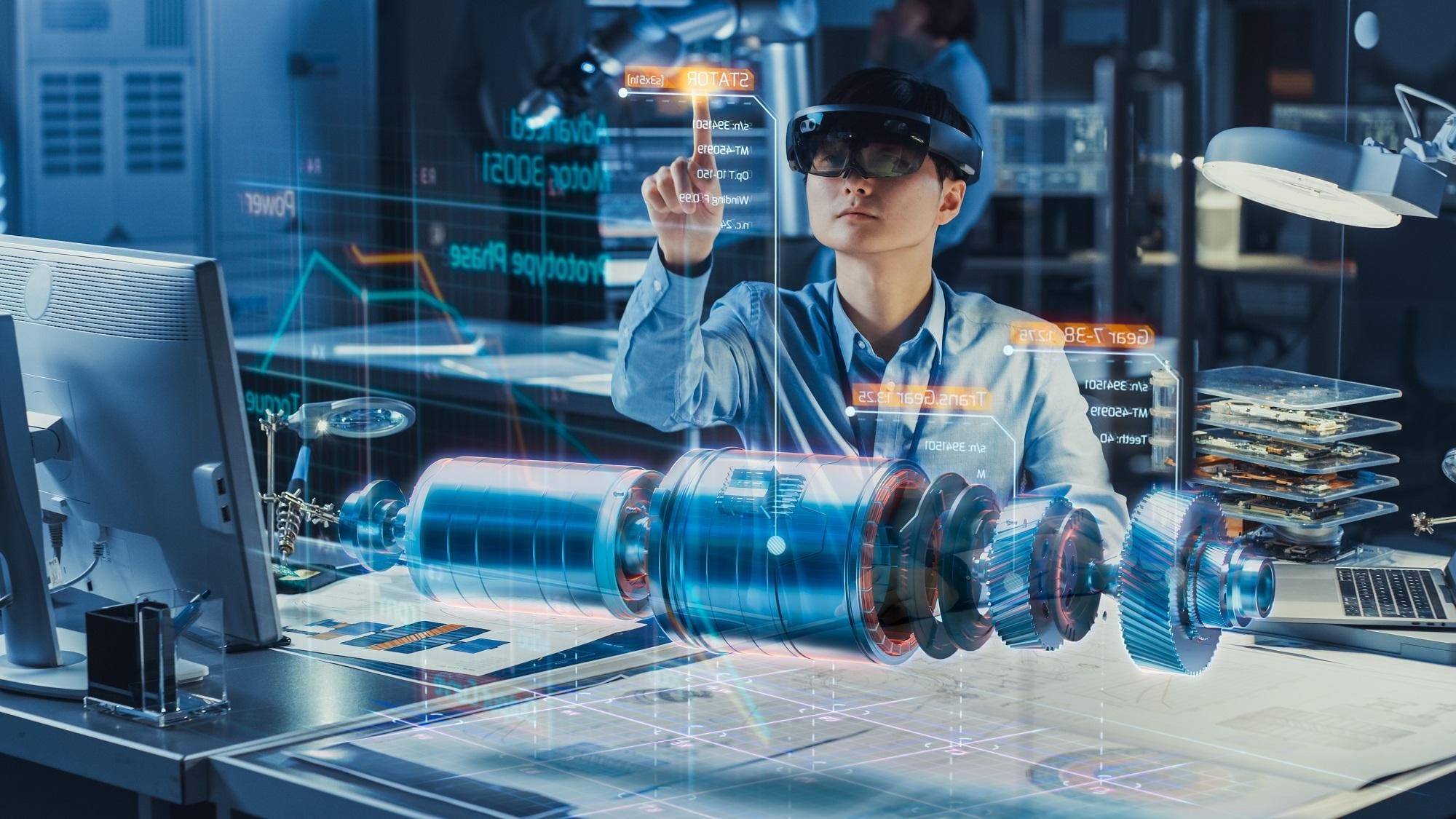 You might think you’ve experienced VR, and you might have been pretty impressed. Particularly if you’re a gamer, there are some great experiences to be had out there (or rather, in there) today.

But over the next few years, in VR, as in all fields of technology, we’re going to see things that make what is cutting-edge today look like Space Invaders. And although the games will be amazing, the effects of this transformation will be far broader, touching on our work, education, and social lives.

Today’s most popular VR applications involve taking total control of a user’s senses (sight and hearing, particularly) to create a totally immersive experience that places the user in a fully virtual environment that feels pretty realistic.

Climb up something high and look down, and you’re likely to get a sense of vertigo. If you see an object moving quickly towards your head, you’ll feel an urge to duck out of the way.

Very soon, VR creators will extend this sensory hijacking to our other faculties – for example, touch and smell – to deepen that sense of immersion. At the same time, the devices we use to visit these virtual worlds will become cheaper and lighter, removing the friction that can currently be a barrier.

I believe extended reality (XR) – a term that covers virtual reality (VR), augmented reality (AR), and mixed reality (MR) – will be one of the most transformative tech trends of the next five years. It will be enabled and augmented by other tech trends, including super-fast networking, that will let us experience VR as a cloud service just like we currently consume music and movies. And artificial intelligence (AI) will provide us with more personalized virtual worlds to explore, even giving us realistic virtual characters to share our experiences with.

VR in education and training

VR is already making great inroads into education, with a large number of startups and established companies offering packaged experiences and services aimed at schools. Engage’s platform is used by the likes of Facebook, HTC, and the European Commission to enable remote learning. And one study published in 2019 found that medical students trained using VR were able to carry out certain procedures quicker and more accurately than peers trained using traditional methods.

These new methods of teaching and learning will become increasingly effective as new technologies emerge. One that is likely to make waves is the Teslasuit, which uses a full-body suit to offer haptic feedback, enhancing the immersion through the sense of touch. It also offers an array of biometric sensors enabling the user’s heartbeat, perspiration, and other stress indicators to be measured. The suit is already used in NASA astronaut training, but its potential uses are unlimited.

For training, it could be used to safely simulate any number of hazardous or stressful conditions and monitor the way we respond to them. For example, Walmart has used it to train retail staff to work in Black Friday situations, instructing them on how to best to operate in busy shop environments with long queues of customers.

As well as training us for dangerous situations, it will also drastically reduce the financial risks involved with letting students and inexperienced recruits loose with expensive tools and machinery in any industry.

VR in industry and work

The pandemic has changed many things about the way we work, including the wholesale shift to home working for large numbers of employees. This brings challenges, including the need to retain an environment that fosters cooperative activity and the building of company culture. Solutions involving VR are quickly emerging to help tackle these.

Spacial, which creates a tool best described as a VR version of Zoom, reported a 1,000% increase in the use of its platform since March 2020. In total, the value of the market for VR business equipment is forecast to grow from $829 million in 2018 to $4.26 billion by 2023, according to research by ARtillery Intelligence.

Communication giant Ericsson (which has provided Oculus VR headsets to employees working from home during the pandemic for VR meetings) has talked about creating the “Internet of Senses.” This involves developing projects involving simulating touch, taste and smell, and sensations such as hot or cold. It predicts that by 2030, we will be able to enter digital environments that appear completely real to all of our five senses simultaneously.

This will lead to the advent of what it calls the “dematerialized office” – where the office effectively vanishes from our lives as we’re able to create entirely interactive and collaborative working environments wherever we are in the world, simply by slipping on a headset and whatever other devices are needed for the task at hand.

There are already a number of VR-based social platforms that allow friends or strangers to meet up and chat or play in virtual environments, such as VR Chat, Altspace VR, and Rec Room. As with VR in other fields, the growing level of immersion that is possible thanks to new technological developments will make them more useful and more attractive to mainstream audiences throughout the coming decade.

This year Facebook, which has long had a stake in VR due to its acquisition of headset manufacturer Oculus, unveiled its Horizon platform. Currently, in beta, it allows people to build and share collaborative online worlds where they can hang out, play games, or work together on collaborative projects.

While we will always make time for meeting up with friends and loved ones in the real world, as our working and school lives become increasingly remote, it’s likely that more of our social interaction will move into the online realm, too. Just as we are no longer barred from careers or educational opportunities due to an increasingly virtualized world, we will have more meaningful ways to connect with other humans as technology improves in this area.

And of course – VR in games and entertainment

The “killer app” for VR is gaming, and the reason the technology is developing at the pace it is, is due to the large market of people willing to spend money on the most impressive and immersive entertainment experiences.

Sandbox VR operates real-world VR centers where equipment that it simply wouldn’t be practical or affordable to use in our homes offer some of the most immersive experiences yet created.

Using full-body haptic feedback suits, they offer five games – one licensed from Star Trek – that let groups cooperate or battle it out in deep space, aboard ghostly pirate ships, or through a zombie infestation.

CEO Steve Zhao describes the experience his company has created as a “minimal viable Matrix or holodeck.” In a recent conversation that you can see here, he told me, “the outcome is that you believe in the world – it’s very real, and in order to progress, you and your friends have to communicate and work together. One of the best ways to describe it is that you are the stars inside your own move – that’s basically what we created.”

It makes sense in many ways that there could be two markets for consuming VR entertainment – at least in its early days. While the most immersive and impressive tech is big, expensive, and requires technical skill to operate, it’s more viable to offer it at dedicated venues rather than as an in-home experience. As with movies, the stay-at-home offerings will provide something perhaps a little less spectacular but more convenient – at least until we get to the point where we can have full-size Star Trek holodecks in our own homes!

Four Trends That Will Shape Retail In 2021