Breaking
How An Indonesian Healthcare Clinic Is Fighting Climate...
Ransomware Group Targets Hospitals At Height Of Pandemic
Zoom Is Now Worth More Than ExxonMobil—And Founder...
Stimulus Checks For $375 Will Be Issued In...
Want to Boost Your Business Marketing? Hire a...
What We Know—And Don’t Know—About Biden’s And Trump’s...
The FDA Will Not Inspect Vaccine Production Plants
Three Things Newborns Can Teach CEOs
Got Negative Feedback? Nine Smart Strategies For Handling...
The Last Mile: Teaching Incarcerated Individuals How To...
This Start-Up Is Democratizing Non-Invasive Beauty Treatments For...
A Conversation On The Vitality Of Self-Employed Individuals...
Behind The Curtain—Chapter 11 From The Inside—Chapter 15—Closing...
Inclusive Hiring: How To Address Bias In The...
Trump On Student Loans
A Four-Point Plan To Convert Crisis Into Creativity
Home Finance The Giant Presumption Behind Re-Opening America
Finance

The Giant Presumption Behind Re-Opening America 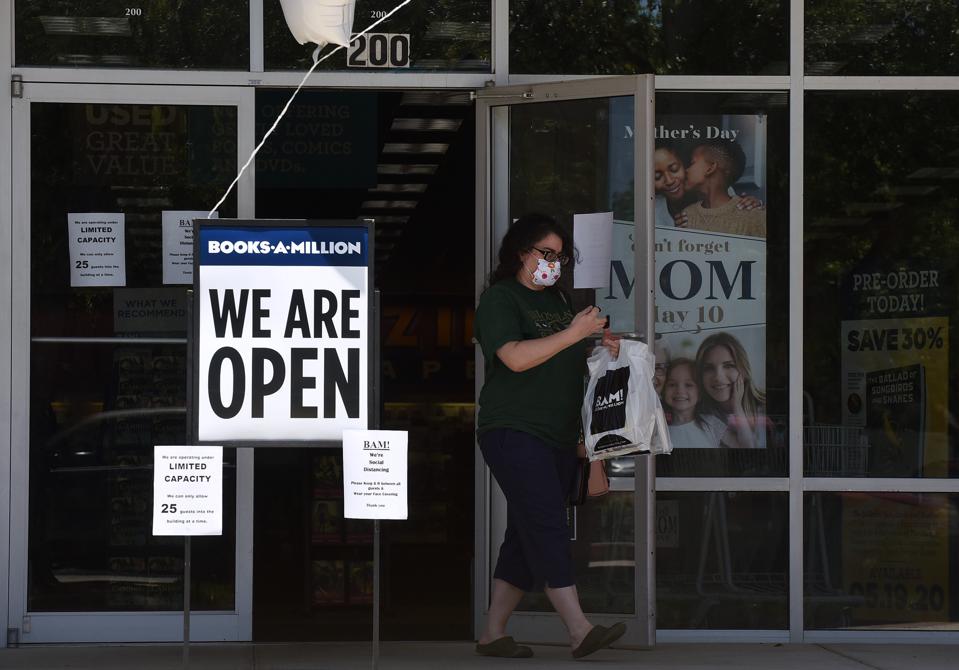 Newly “liberated” Americans are flocking to beaches, parks, and restaurants, eager to prove the novel coronavirus doesn’t scare them.

In fact, the virus doesn’t care how brave they are. It just wants to spread. I suspect it found many new hosts at those gatherings, and this will be apparent soon.

At the same time, many others are still staying home whenever possible, not yet convinced it is safe to go out.

But regardless of who’s right, Wall Street people are thrilled. The stock market shot higher in April. Many experts think the economy will soon be back to normal.

What any of us think matters less than what the virus does. This “normal” everyone wants to see is an economy unmolested by this virus.

Will it just go away? Let’s see what experts think. 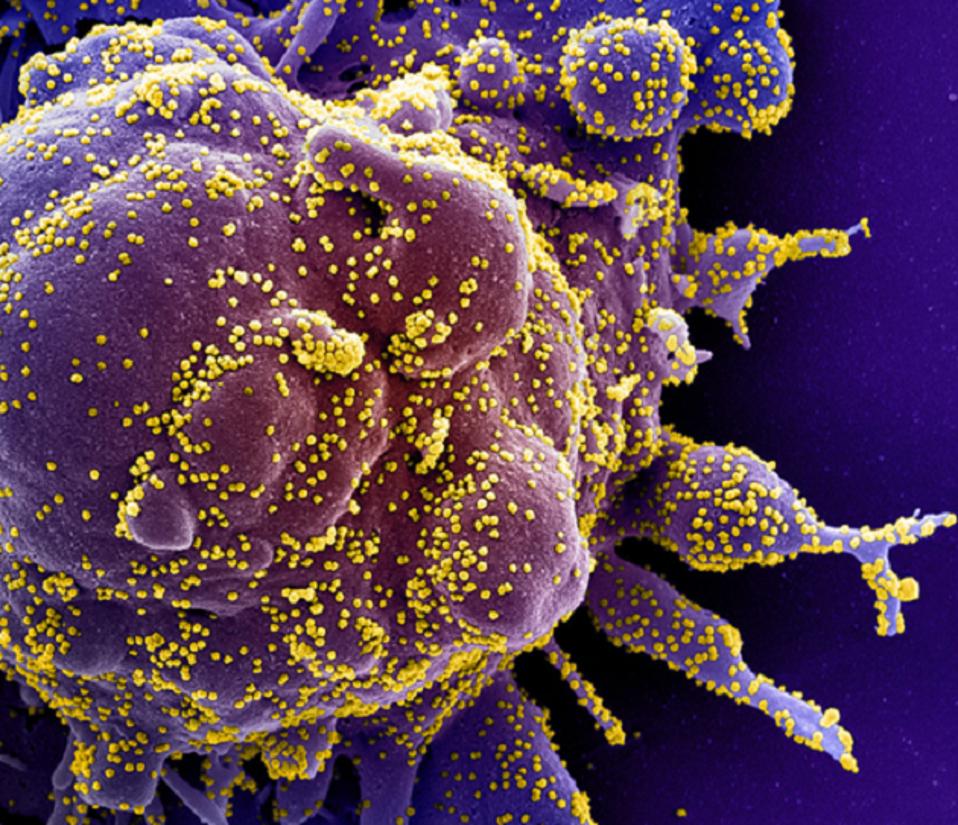 The economic outlook is cloudy right now because it isn’t entirely economic. It’s also medical and sociological. The economy’s course depends on how this virus behaves, and how people behave in response.

A report last week from the University of Minnesota’s Center for Infectious Disease Research and Policy (CIDRAP) outlined three scenarios this pandemic could follow.

Scenario 1, which they call “Peaks and Valleys,” says this first wave will recede, but will be followed by similar waves every few months for the next year or two. Their severity will vary somewhat, but they will keep happening.

Economically, this is the middle-ground outlook. We’ll still have a recession, and the recurring outbreaks would delay recovery. After a lot of pain, people and businesses would adapt.

Scenario 2, the “Fall Peak,” says that what we just saw in March and April was the prelude to a larger wave this fall or winter. That’s what happened in the 1918 flu epidemic. Smaller third and fourth waves would probably follow in 2021.

That scenario could be an economic knock-out blow. Faced with a national breakdown of the healthcare system, authorities would likely impose far more severe and lengthy lockdowns than the US has seen so far. Businesses that were just getting back on their feet would close permanently. The government, having already spent trillions, might not be able to offer more stimulus.

Scenario 3, the “Slow Burn,” would see the virus keep spreading, but slowly enough for the healthcare system to handle. Further lockdowns would be unnecessary.

This is the economic best-case. It would mean the worst is behind us and the recovery will proceed. This is what many investors seem to be betting on. 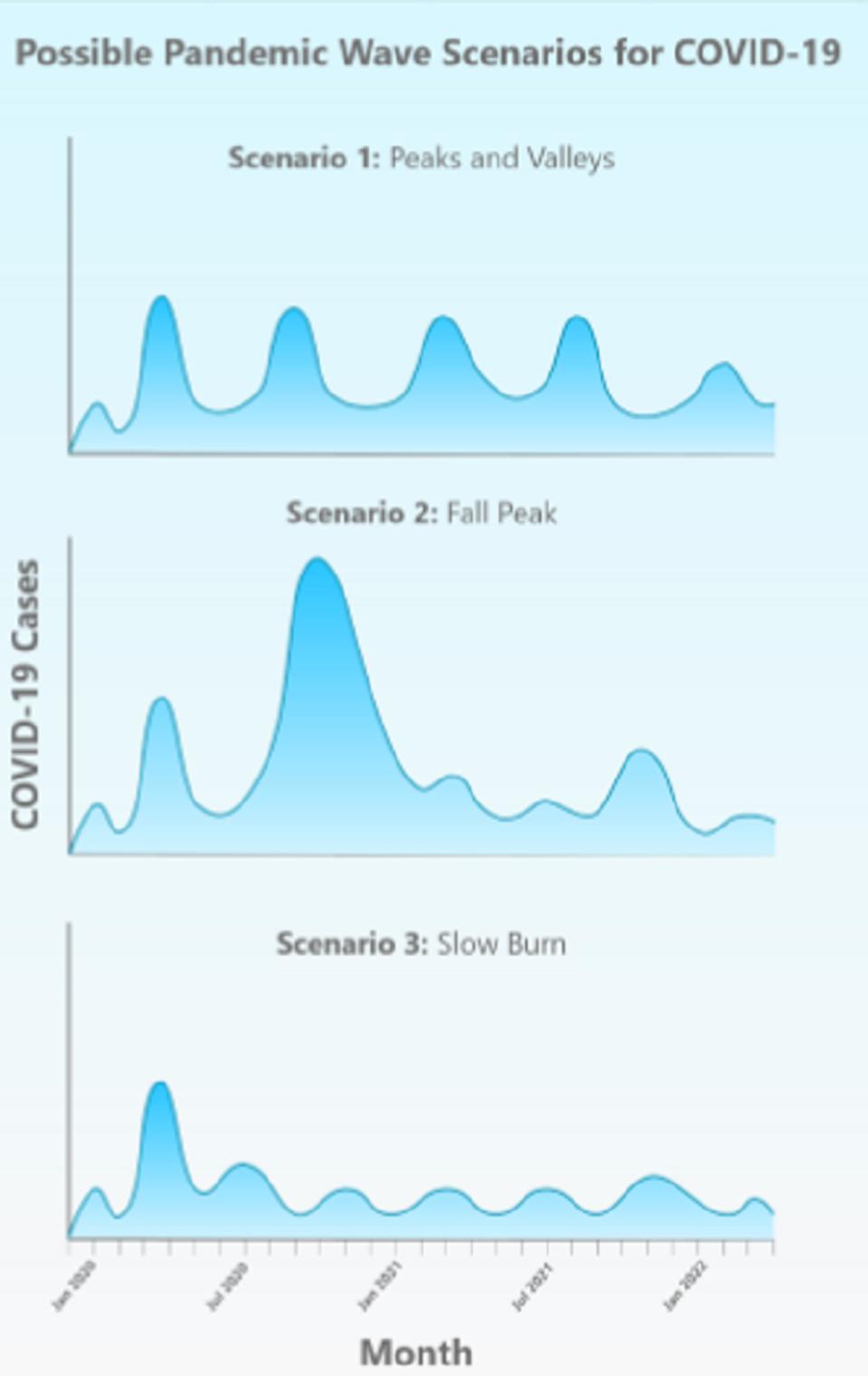 The CIDRAP team believes that in any of these scenarios, we should be prepared for at least another 18–24 months of significant COVID-19 activity. That’s how long it will take to either develop and deploy an effective vaccine, or for the population to develop “herd immunity.”

With even the best-case scenarios looking dark, why are so many investors and businesspeople so sure the worst is over?

I think some of it is denial or “wishful thinking.” They don’t want it to be true and so convince themselves it is not. They expect to find a four-leaf clover that solves everything.

But I think the main problem is they don’t understand how hard this has hit the service part of the economy, and how difficult recovery will be.

Not so for restaurants. One chef can’t make an infinite number of meals. And now, with different rules and customer expectations, they have to reengineer everything. It will take time and money. Meanwhile, unemployment will remain high and consumer spending will suffer.

And don’t forget, large events and conventions are probably off the table for months. The impact on the hotel, air travel, and entertainment industries alone would trigger a harsh recession.

But that’s not the scariest part. 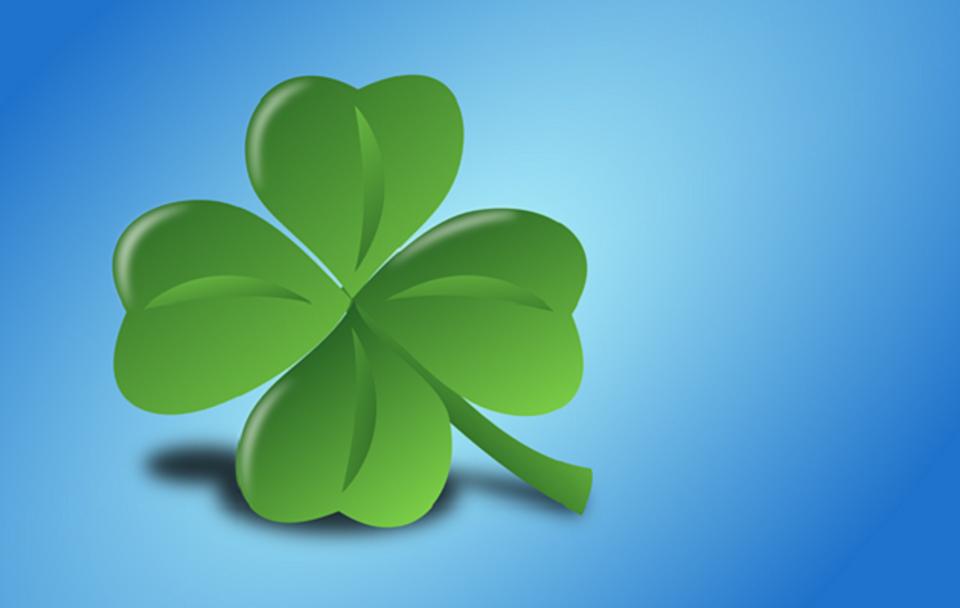 If governors keep relaxing the restrictions this month, most of the US will have spent six to eight weeks offline or in some kind of lockdown situation.

That seems like a long time. But Wuhan, China, where the outbreak originated, had to stay in a far more restrictive lockdown for 10 weeks. Ditto for hard-hit parts of Italy and Spain.

In the US, new cases seem to have stabilized to around 30,000 daily. The number is not shrinking nationally. It’s not shrinking in places like Georgia and Texas that are beginning to re-open. As more people resume contact in public spaces, even more infections seem likely.

It is true that lockdowns can’t go on indefinitely. People have limits. The isolation causes other problems and even deaths. But, as I explained last week, the economy isn’t going to bounce right back. This urgency to re-open businesses before customers are ready is odd.

Our leaders seem to presume the virus will behave differently in the US than it did elsewhere, and we don’t need to do what other countries did.

If that presumption proves false, then the “Fall Peak” scenario is a real possibility.

In March and April, millions of Americans lost their jobs and 63,856 lost their lives. It’s been awful. And it may have been a dress rehearsal for worse in November/December.

My partner John Mauldin predicts an unprecedented crisis that will lead to the biggest wipeout of wealth in history. Most investors are unaware of the pressure building right now. Learn more here.

14 Compelling Edtech Developments And Why They Are Important