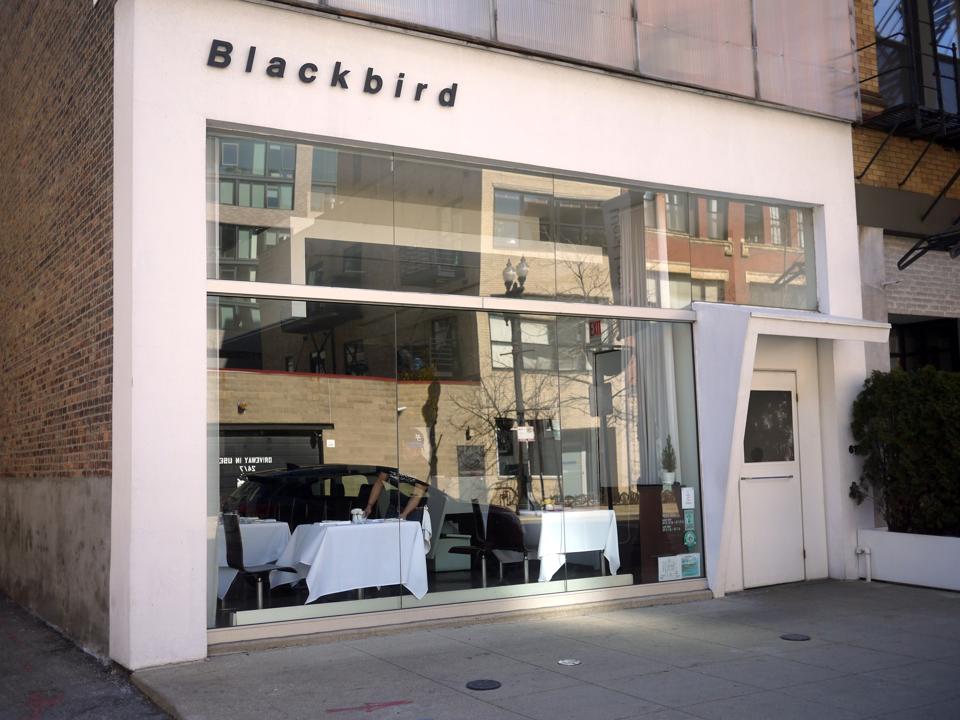 Chicago restaurant lovers can be forgiven if they were walking around in a daze on Tuesday.

They were absorbing the news that Blackbird was closing, a victim of the great COVID-19 restaurant contraction that is sweeping the country.

Blackbird, which opened in December, 1997, held a Michelin star the past eight years. Its co-founder, Paul Kahan, was named the country’s Outstanding Chef in 2013 by the James Beard Foundation.

His business partner, Donnie Madia, was honored by the Beard Foundation in 2015 as the country’s top restaurateur.

“If you had to name one restaurant responsible for the current Chicago food scene that isn’t Charlie Trotter’s or Alinea, it’s Blackbird. In some ways, Blackbird set the path for chefs to cook well, but in their own accessible way, in this town,” Chicago food columnist Michael Nagrant wrote in his newsletter.

Blackbird launched the careers of numerous Chicago chefs, and ushered in an era of casual, chef-driven dining.

While Chicago has a number of restaurants where diners can spend hundreds of dollars on a meal, and be dazzled by innovation, Blackbird’s food was much less expensive, and the menu introduced dishes that later popped up across the city.

Diners could go for lunch or dinner, order a la carte, or from a prix fixe menu that was a fraction of the price at other, famous Chicago restaurants.

Blackbird was a key factor in the development of the Fulton Market neighborhood, west of the downtown Chicago Loop. It’s now a bustling area with restaurants, hotels and office buildings.

But back then, it was mainly devoted to meat packing and wholesale businesses. Blackbird, and another now-closed restaurant on Randolph Street, Marche, convinced people to visit after dark, although they had to step carefully over the bumpy street.

Blackbird’s space was small, featured a lot of white decor, and almost forced diners to chat across the crowded tables. It was noisy, but no one who loved it seemed to mind. Kahan called it “a rock and roll take on fine dining.”

I would occasionally go and sit at the bar, and simply watch the scene around me, chatting with the friendly bar staff and with people waiting for their tables.

Unfortunately, Blackbird’s size was the main reason why its owners, who lead the One Off Hospitality group, decided to close it permanently.

Restaurants in Chicago can only operate at 25 percent capacity, due to COVID reopening restrictions, and there’s simply no way to allow for six feet of social distancing. The kitchen is also too small to allow for cooks to space out.

“There’s been an incredible outreach from friends and guests and co-workers around the country. The really hard part is that we’ve made such an impact on so many peoples’ lives…it’s sort of hard to see that go.”

Kahan said they built Blackbird on credit cards and family loans, including a legacy from Madia’s mother. “We just kind of threw ourselves into it,” he said.

One Off is also closing Cafe Cancale, a French seafood bistro in Wicker Park that seemed to be an immediate hit when it opened in May, 2019. It represented Kahan’s dream of opening a neighborhood restaurant that echoed places in France.

Instead, One Off has decided to “focus our attention on steering our collective of restaurants through to the other side of this storm,” the restaurant said on its website.

It continues to operate Avec, which is next door to Blackbird, Big Star, Dove’s Luncheonette, the Publican, Publican Quality Meats and the Violet Hour, according to the Chicago Tribune.

Throughout 2019, restaurants and bars averaged about $65 billion a month in sales. That fell to about $45.7 billion in March, when COVID shutdowns began taking effect, $29.9 billion in April and $38.6 billion in May.

“The fancier a restaurant is, the lower the margins are,” Kahan told WBEZ. “If you drop a stack of plates, that’s the profit for the night. That’s a big part of the decision.”

He went on, “Everyone says the same thing — you just go day by day.”

Upstart Co-Lab’s Member Community: $1B Of Impact Investing Capacity For The ‘Creative Economy’

Mindset Matters: Strategies For The Future Of Work...

Coronavirus Has Delta Airlines First In Suspending Some...

Cybersecurity Myths That Are Harming Your Business