Breaking
Expanding Your Business Into Spain: What You Need...
Essentials For Your Office Coming Out Of COVID-19
What Can Marketers Learn From Digital Cults?
Why NASA’s James Webb Space Telescope Will Never...
Increasing HR Effectivity and Efficiency through Software Solutions
The Difference Between Building A Startup In Bull...
Fluor Corp Ranked Among Today’s Top Shorts
Common Pitfalls to Look Out for When Buying...
Will the Olympics go ahead this year?
Pack Up the Big Top: Insights from MozCon...
Best WordPress Themes for Blogs
Get Ready To Rip And Tear, As The...
As Economy Recovers, Loan Approval Rates Increase For...
Lessons Learned—Avoiding The Fundraising Errors That Can Sink...
Top Tips to Help You Effectively Manage Your...
Malaysia’s Carsome, Tycoon Patrick Grove’s Catcha Group To...
Home Finance The Headlines Are Dead Wrong – Unemployment Dropped 16% To 19M
Finance

The Headlines Are Dead Wrong – Unemployment Dropped 16% To 19M 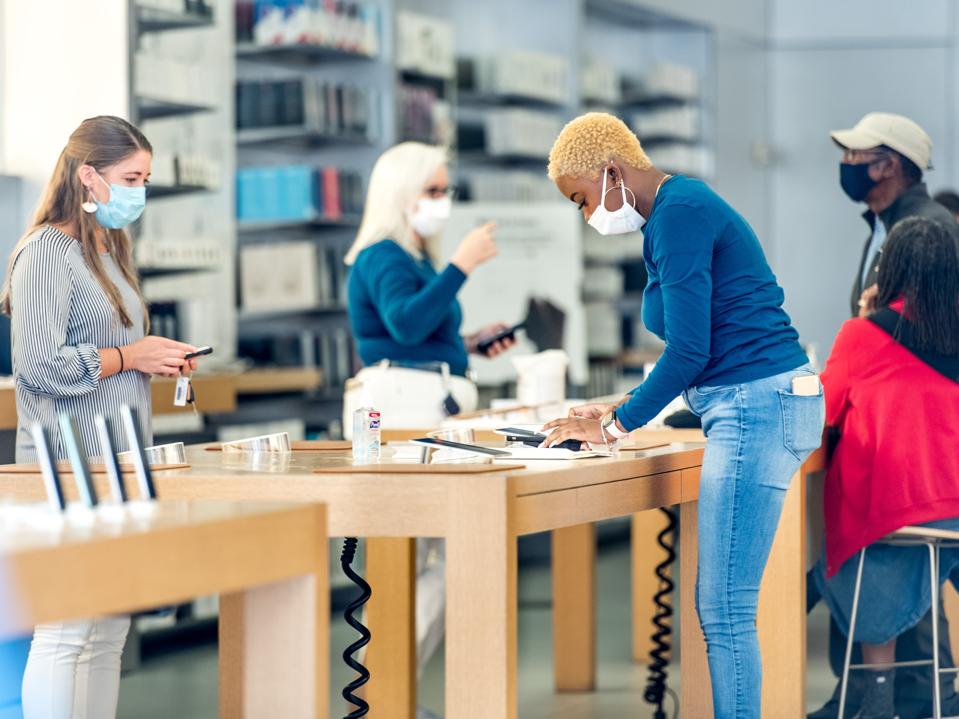 And those great numbers were through Saturday, May 16. Add in all the re-openings occurring since then and the improvement has undoubtedly become even better. Small wonder the stock market is rising.

Understand why the media has it so wrong

Search for “unemployment” and you will see a flood of dire descriptions of the latest unemployment report from all the top news sources. However, they are making two mistakes: Focusing only on initial unemployment claims and using seasonally adjusted (inflated) amounts. Doing so creates these highly misleading headlines:

CNBC’s “but” phrase is the important revelation, but is given subordinate treatment in their list of key points (underlining is mine):

To understand how to read the data, which means examining continued unemployment claims and non-seasonally adjusted amounts, read my previous article. In it I explain the steps for creating the true unemployment picture, shown on the updated graph below. The red bar shows the positive move. 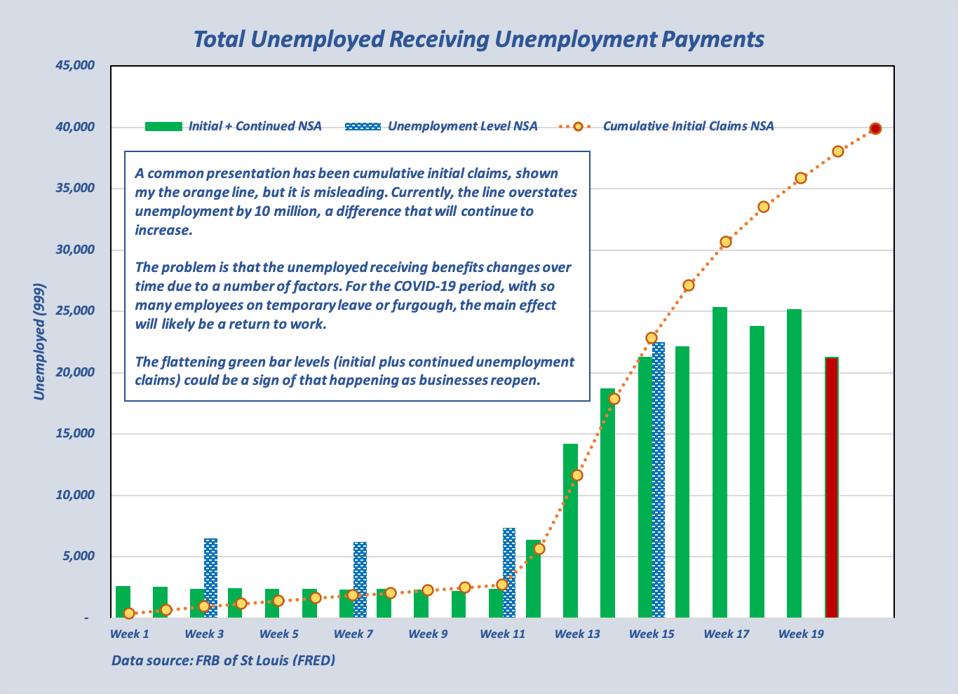 Today’s situation is undoubtedly significantly better because of the widespread re-opening of businesses, institutions and governments.

What could go wrong?

First and foremost is the possibility that all the re-opening will produce an unacceptably large increase in COVID-19 cases. Such a result could cause a reversal of some re-openings.

There are three reasons that most increases would be acceptable.

The U.S. economy is now shifting to an uptrend, with employment being the clear, initial beneficiary. However, the media mistakenly continues to focus on initial unemployment claims, ignoring the previously furloughed and laid off workers that are now returning to work. Looking at the total picture shows a desirable and significant improvement, a trend that almost assuredly will continue.

Next up… Business sales rising, followed by positive earnings and growth.