Breaking
ESBC Major Updates: Tons Of Heavyweight Greats Added...
5 On-Demand Courses To Help Develop Your Leadership...
How to Run Nonprofit Marketing Ads
Entrepreneurs Are Bringing Transparency To Home Buying And...
Best Incentive To Get Vaccinated: Money, Messaging, Or...
Page Level Query Analysis at Scale with Google...
How A CIO Can Align IT With Business...
Blogger of the Month: Jo, Girl Eats World
6 Things Women In Business Know That Men...
How to Use First-Party Data for Ad Personalization
Pressing Reset—Putting A Fallen Unicorn Back On Its...
How We Went Viral: Promoting Content with Influencers,...
Blame Olympic Record Price Tag For Return To...
Apple iOS 14.5 Release: Should You Upgrade?
How to Come up with Podcast Topics and...
Why Gaming Gear Company Razer Launched A $50...
Home Finance The HEROES Act/GROW Act’s Composite Plan Design Is The Right Path Forward – So Why Do Unions Oppose It?
Finance

The HEROES Act/GROW Act’s Composite Plan Design Is The Right Path Forward – So Why Do Unions Oppose It? 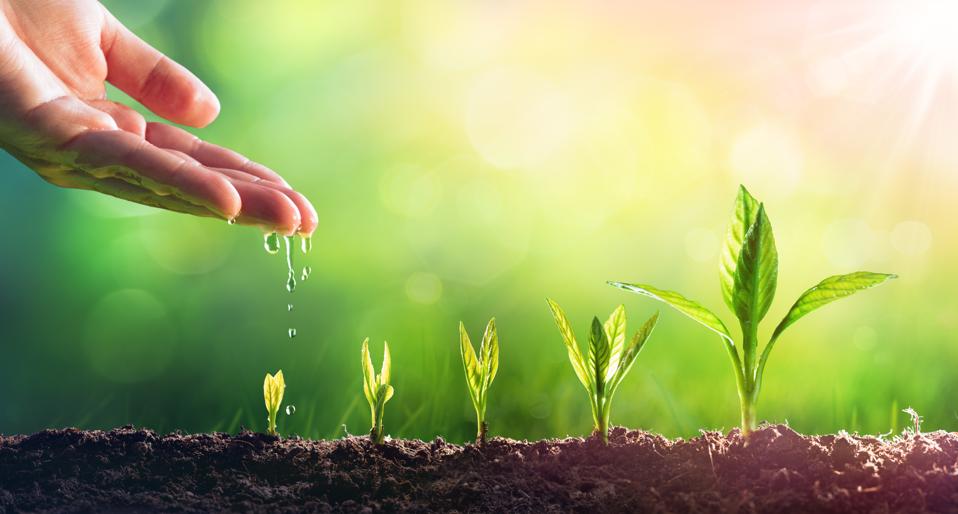 In my prior article, I discussed the hidden provision in the HEROES Act to bail out troubled multiemployer pensions, the Emergency Pension Plan Relief Act of 2020, or the EPPRA. Wholly rejecting any sort of “shared sacrifice,” the bill’s provisions not only provide unlimited federal funding to those plans without any of the usual benefit reductions required for PBGC help, but retroactively restore previously-implemented cuts. Not surprisingly, advocacy groups such as the Pension Rights Center, as well as the Teamsters themselves, support this legislation.

At the same time, the bill also includes an provision called the GROW Act; short for Give Retirement Options to Workers (yes, I maintain my dislike for legislation with clever titles and this is no exception), it’s a bipartisan proposal for a modernized multiemployer pension benefit that was first introduced in January of 2018. Developed by the National Coordinating Committee for Multiemployer Plans, and modeled after hybrid plans in such places as the Netherlands, the proposal provides a framework for the creation of a “composite plan” (its terminology) or a “hybrid plan” (more commonly in use among actuaries).

A composite plan is, as the NCCMP summary states, “a new kind of multiemployer pension plan that has certain attributes of a defined benefit plan and certain attributes of a defined contribution plan but is neither of those types of plan.” As with a traditional defined benefit plan, the plan would have a benefit based on a formula and provided in the form of a life annuity.

However, unlike traditional defined benefit plans which target a 100% funding level (true both of single-employer plans using corporate bond rates and existing multiemployer plans using expected return on asset rates for liability valuations), a composite plan would target a 120% “projected” funded status level, that is, the funded status 15 years in the future based on reasonable and professionally, actuarially-determined assumptions.

What’s more, if that plan falls short of that 120% threshold, it will be required to take “corrective action.” These actions might be as simple as contribution increases or reductions in future accruals, or changes in what are called “adjustable benefits,” such as early retirement subsidies. If harsher actions are needed, these may include reductions in COLAs, reductions in accrued benefits for workers, or, in even worst-case circumstances, reductions in benefits even for retirees.

At the same time, plan trustees would be permitted to increase benefits at a level of up to 3%, provided that the plan is currently 110% funded and the plan will remain 100% funded on a “current” basis and 120% funded on a “projected” basis. If the plan is so well funded that it will remain over 140% funded even after the increase is applied, then that 3% limit is removed.

Lastly, such a plan, because it has both more conservatism built into the plan funding rules to begin with, and a structure for benefit cuts as needed, is not covered under the PBGC program — it neither pays premiums nor receives benefits.

Not surprisingly, if one believes that the solution to the current multiemployer pension crisis is an unrestricted bailout such as that of the HEROES Act provisions, then it’s easy to understand why one would oppose the GROW Act, in which plans are expected to stand on their own two feet, and cope with market crashes by means of having built up a cushion.

And, in fact, the Pension Rights Center says, “Unlike EPPRA, which will strengthen failing multiemployer plans and protect workers and retirees and the PBGC, passage of the GROW Act would undermine the multiemployer plan system by weakening currently well-funded plans and creating new inferior plans that do not provide guaranteed benefits. . . .

“PRC urges the leaders of the House of Representatives to drop the GROW Act from the HEROES Act.

“The GROW Act is also vigorously opposed by AARP, the Western Conference of Teamsters, the SEIU, IBEW, Steelworkers, Machinists, Boilermakers and other unions and organizations.”

The United Steelworkers likewise calls on its members to “Tell your Representaive to remove the GROW Act before voting on the HEROES Act.”

And the Teamsters say, “The Teamsters are deeply disappointed at the inclusion of the GROW Act, as it is unproductive and will prove to be divisive moving forward. The union urges the Senate not to retain this proposal in the final negotiated bill.”

Are they right? No. They’re missing the bigger picture.

There are 10.4 million Americans who are participants in 1,296 different multiemployer pension plans, including 3.8 million active employees.

At the same time, in the world of single-employer plans, among Fortune 500 companies, 59% offered pension plans in 1998. In 2018, only 16% of those companies offered a defined benefit plan to their newly-hired employees, with the remainder offering pensions only on a frozen or closed basis, or not at all.

Efforts to shore up existing multi-employer plans are about preserving the past – and that’s fine, because those plans are an important part of retirement provision for many workers.

But hybrid plans such as the GROW Act offers are about the future — and offer a means of providing retirement income to a new generation of workers, who would otherwise be reliant only on their ability to save and spend-down wholly on their own.

That’s an important step forward, whether the large unions like it or not.

Doctor, Heal Thyself: Physician Burnout In The Wake Of Covid-19