Breaking
Renewables And Energy Storage Are Surging In Red...
Bitcoin’s Richest Are Selling, So Why Is The...
Apple’s iPhone 12 Will Cause Serious Problems For...
Rock Royalties – How A European Startup Is...
4 Differences Between Creative and Marketing Agencies
A Meeting Is A Gathering: The Most Common...
IRS Tax Extension To Jan. 15 For California...
Senate GOP Pushes Through Democratic Filibuster To Advance...
How These Successful Entrepreneurs Learned To Adapt And...
Six Ways Tax Rates Go Up For Retirees
How ‘Mario Kart Live: Home Circuit’ Straddles The...
6 Tools To Bring Your Virtual Conferences To...
COVID-19 And The Future Of Aging: Prospects For...
Harman’s New Citation MutiBeam 700 Is A Feature-Packed...
A Startup Raises $11 Million Using Zoom, A...
Is Your Business Stagnant? It Might Be Time...
Home Business ‘The Invisible Man’ Explained: A Guide To The End. What It Has In Common With ‘Avengers: Infinity War.’ And More.
Business

‘The Invisible Man’ Explained: A Guide To The End. What It Has In Common With ‘Avengers: Infinity War.’ And More. 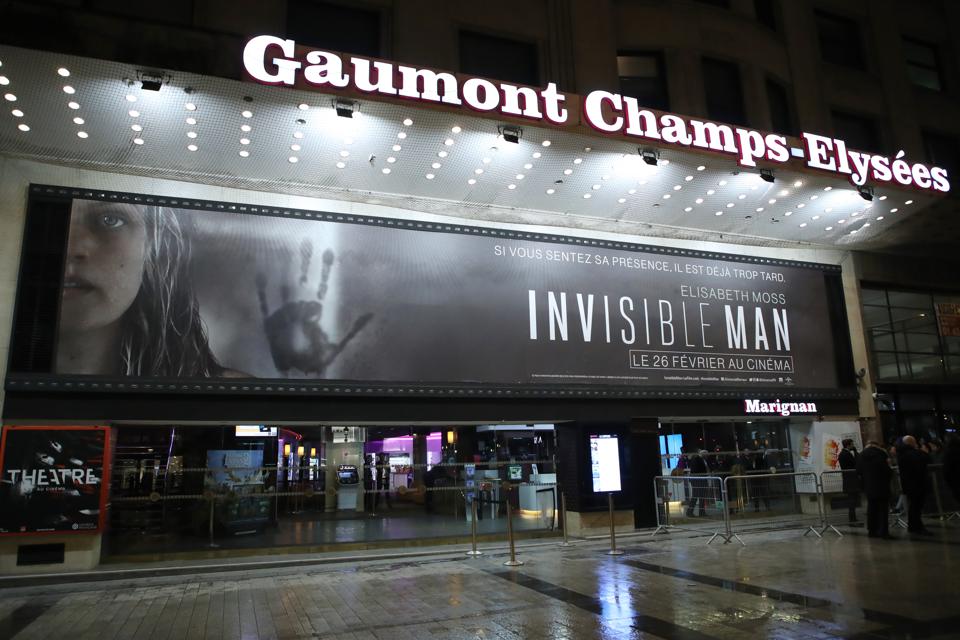 The Invisible Man has been a surprising hit—with a 91% Rotten Tomatoes score, 88% Audience Score (with over 9,000 votes), and a budget of only $7 million—making much out of a little. Its global box office total crossing $100 million is a sure sign that something has captured critics and audiences the world over.

How did Leigh Whannell’s The Invisible Man succeed? Uncertain endings tend to elevate audience reception to the movie, creating a conversational buzz as people try to figure out what happened and why. In the case of The Invisible Man, the final mystery is two-fold: whether or not Adrian Griffin was the invisible man, and whether Cecilia should have killed him.

But if an uncertain ending was all Invisible Man had going for it, the movie wouldn’t be trending as strongly as it is. There are two less obvious reasons that Invisible Man has succeeded.

Most successful narratives rely on stringing together story blocks. For example, the movie Inception has, broadly, three primary blocks: an introduction to the movie’s world and main characters, preparation for the ultimate mission, then the ultimate mission. Avengers: Infinity War structures itself around Thanos’s obtainment of each Infinity Stone, one after the other. The Space Stone block is brief and opens Infinity War. It’s followed by a larger block that crescendoes with the Reality Stone. Then a shorter block for the Soul Stone. Then we go long again for the Time Stone. And a final, brief, climactic block for the Mind Stone.

What makes narrative blocking compelling and effective is that, typically, each block has a beginning, middle, and end. That means they operate as a narrative-within-a-narrative. Each time introducing dynamic elements, escalating them, then climaxing. The result is a momentum that builds section by section until the finale.

For The Invisible Man, we have three blocks that take the form of questions:

Because the blocks are questions, Invisible Man shares aspects with mysteries and detective stories, even while it plays out as psychological horror, leaving Cecilia as a mixture of Halloween’s Laurie Stroud and the famed sleuth Sherlock Holmes. This strange brew of genres is something many great works share. Jane Smiley—a Pulitzer-prize winner author and PEN Center USA Lifetime Achievement Award for Literature recipient—wrote about the power of genre-stacking in her non-fiction book, 13 Ways of Looking at the Novel.

In talking about types of discourse in novels, Smiley said, “Each type has essentially characteristics and offers the reader a particular form of pleasure. If the reader does not gain the sort of pleasure she expects from that type of discourse, she will be disappointed no matter what other pleasures she does gain (if, for example, she is listening to a joke and it isn’t funny, it doesn’t matter much whether it is informative or eloquent)… [For example] Middlemarch shows us that a novel that partakes of at least four or five of our categories seems rich and various…”

While most of what Smiley discusses in the overall text is particular to the form of the novel, in this section on discourse the conversation has less to do with books and more to do with narrative, whatever the medium. And while she goes scholarly with “types of discourse,” what she’s really discussing is genre.

In other words, audiences have expectations for each genre and gain specific pleasures from those genres. Meaning that when you stack multiple genres in a single work, there’s more pleasure for the audience to gain (assuming it’s done well).

So even though Invisible Man is psychological horror, it provides the unexpected pleasures of a mystery, a detective story, and, ultimately, a revenge story.

Tom or Adrian or does it matter?

The main questions viewers will have after watching The Invisible Man have to do with Adrian Griffin. The foremost being whether he was in the suit or not. Secondary, being was he as horrible of a person as Cecilia made him seem?

The second question is important because of how the film’s structured. We never see the actual relationship between Cecilia and Adrian. All viewers have to go on are the stories Cecilia tells about how controlling Adrian was. We believe this because of one early moment—when Adrian breaks the car window as Cecilia tries to escape. So we know he’s aggressive. But we never see how manipulative he was. How psychological he was. All we have is story after story and the clear impact he’s had on our hero.

That is, until the end, when Cecilia goes back to have dinner with Adrian after everyone thinks it was Tom in the suit, that Adrian had been a victim too.

This dinner is the first time we see the two of them interact under “normal” circumstances. He isn’t some invisible monster. She isn’t running for her life. He’s charming, apologetic, considerate. It’s enough to make viewers question their entire view of Adrian Griffin. Especially in contrast to how brooding and intense his brother Tom was. In comparison, Tom feels more like a monster. And that’s the beauty of the film delaying showing Adrian the person.

If we had witnessed his controlling behavior before Ceclia’s escape, or during a flashback at some point in the middle of the movie, we’d know for certain he’s a true villain. But because we only have the initial window-breaking moment and the plausible deniability that he was also Tom’s victim (whether you believe it or not)—we’re left to, in this final moment, question our perception of both Adrian and Cecilia. Maybe he wasn’t that bad? Maybe she is a little crazy?

Cecilia, convinced she knows better. The only reason she shows up for the dinner is to confirm her suspicion that Adrian’s guilty. That it was all part of the plan to clear his name (at the expense of Tom) and come back from the dead, with Cecilia firmly under his control.

The movie flirts with confirmation. Adrian’s begged Cecilia to take him back, but her one condition is he admits what he did. Adrian denies and denies, charms and charms. The “confirmation” occurs when Adrian, in the middle of an impassioned, beguiling speech, drops the word “surprise” with a heavy emphasis. You’ll recall this is the first word we heard from the invisible man, when Cecilia was brought into the mental institute. If Adrian had been kidnapped by Tom, there’s no way he’d have understood the relevance of the word.

The beauty of this moment is how delicate the evidence is. Of course a genius manipulator wouldn’t outright admit to having been the invisible man. He’d hint. He’d toy. All for the sense of control and pleasure derived from control. Because Adrian doesn’t outright confirm it was him, there’s still the chance that his use of “surprise” is coincidental. It’s just enough reasonable doubt to leave us with a shred of uncertainty, even if we all know better.

Because we have that uncertainty, it makes Cecilia’s decision to put on the invisible suit and murder Adrian somewhat more complicated. While most of us will believe Adrian was guilty and this is an eye-for-an-eye after what he did to Cecilia and her sister, there’ll be those who wonder. Maybe he had been horrible, but maybe it had been Tom in the suit? If that’s the case, did Adrian deserve to die? The inability for us to definitively answer that question leaves the ending of The Invisible Man in a grey area:

This lack of a black-and-white characterization underscores the final triumphant moments when Cecilia walks out of the house, fully confident, with her dog Zeus. It’s a dramatic and satisfying contrast to how she opened the movie—quiet as a mouse, fleeing in terror. Cecilia has prevailed. We’re happy for her. But audiences will never have absolute closure about the invisible man. Because of that, it’s easy for The Invisible Man to stick with viewers long after the movie ends. To continue to make them think. To succeed beyond expectation.

Four Noteworthy Technology Trends To Watch In The Next Five Years