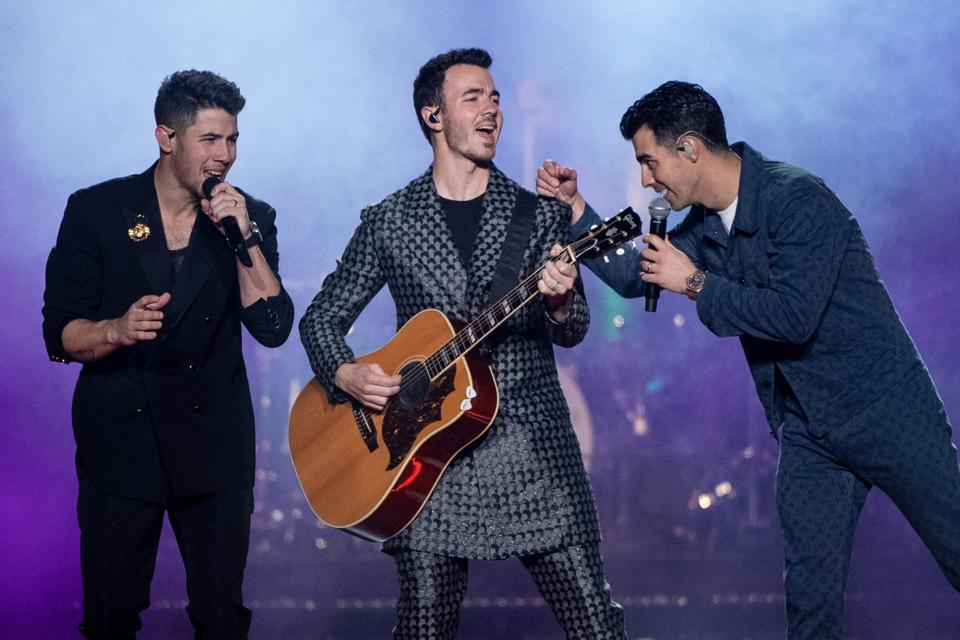 While hip-hop may be the most dominant genre of music when it comes to overall consumption in the U.S., pop still rules radio, and that’s how it’s been for many years. Based on a number of factors (including how many stations there are that lean into pop and how those companies can favor replaying trusted smashes, versus other genres, which sometimes focus more on what’s new), almost all of the biggest tracks on radio across the country in 2019 are defined as pop.

The No. 1 radio song of 2019 comes from the Jonas Brothers, and that’s a statement that would have been extremely difficult to believe just a few years ago. The trio of siblings returned in March with “Sucker,” a track that would end up being the biggest of their career.

Throughout 2019, “Sucker” was heard 849,000 times on a large number of stations, making it the most-played song of the year. All those spins on popular locations on the dial helped the cut earn a total of 3,486,467,000 audience impressions, an incredible sum for just nine months of activity.

“Sucker” arrived as one of the most hotly-anticipated tunes of 2019, and it did not disappoint. After half a dozen years apart, during which times the brothers tried out new career paths and enjoyed at least some success as solo artists (two of them, at least), fans couldn’t wait to hear what they’d cooked up in the studio, and pop radio was hungry for a familiar name they could rely on to deliver something that would keep people from switching to another station.

The Jonas Brothers scored their first Hot 100 No. 1 when “Sucker” became one of only about 30 songs to debut in the top spot on the most competitive tally in the country, and it got to that point with the help of solid radio adoption. The song also powered their new album Happiness Begins, which ended up as one of the bestselling titles of 2019.

Stations across the nation continued to spin the Frank Dukes/Ryan Tedder-produced bop throughout 2019, and it will likely remain a favorite at pop radio for some time to come.

Complete Path: How To Solve The Corridors Of Time Puzzle In ‘Destiny 2’ And Unlock The Bastion Quest

Building An MLS Power? Get Moving On Those Green Card Applications

What To Watch After Netflix’s ‘Tiger King’

Courage Amid Uncertainty: Feel Your Fear But Trust...

We Are Not The Mafia—Huawei Slams New Trump...

Reasons Why Real Madrid And Barcelona Were Dumped...