Breaking
What an Effective Business Cloud Must Include
5 Ways to Make Running a Business Easier
4 Solutions for Work-from-Home Stress
Doug Flutie Maximum Football 2020 Review: The Good,...
How To Delegate Effectively
Stock Market: Two New Trends Shaping Next Buying...
European Commission Legislative Package For Cryptoassets Leaves No...
Apple iOS 14.0.1 Release: Should You Upgrade?
Social Media Marketing Consulting
What You Need To Know About Your Startup...
Governor Signs Landmark Student Loan Borrower Protection Bill...
Reddit Co-Founder Alexis Ohanian Plans $150 Million Investment...
This Week In XR: Enterprise Adoption And Financing...
The Disadvantages Of Aging In Place
How Advances In Customer Service Can Take Telehealth...
5 Reasons Why Your Startup Needs To Be...
Home Business The KSI Vs. Logan Paul Rematch Reportedly Did Horrible PPV Numbers In The U.K.
Business 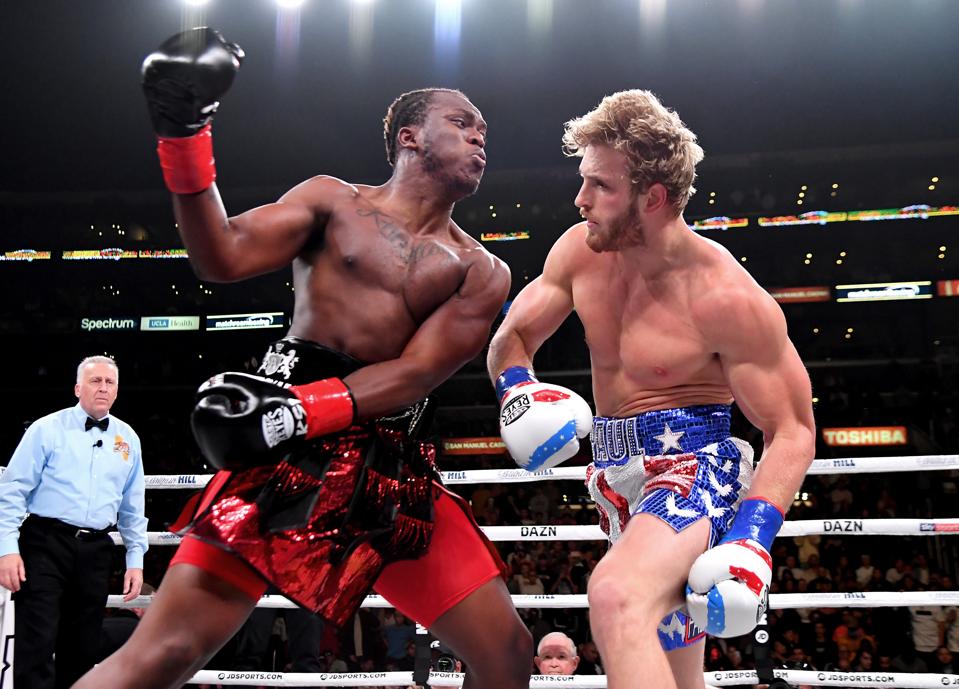 About 12,000 people attended the KSI vs. Logan Paul rematch last month at Staples Center. Matchroom Boxing promoter Eddie Hearn said the DAZN telecast compelled more viewers to tune in than Andy Ruiz’s upset victory against heavyweight champion Anthony Joshua. Both YouTube stars were paid $900,000, and it seemed like—despite the lack of boxing skill and the sideshow nature of the entire event—just about everybody won (except for Paul, who lost a split decision).

But apparently, not many people in the U.K., where KSI was born and raised, were interested enough to purchase the fight on PPV. According to World Boxing News, which got confirmation from the Broadcasters’ Audience Research Board, only 216,000 people purchased the PPV on Sky Sports.

While American audiences could tune in to the DAZN streaming service for either $19.99 per month or $99 for the year to watch Paul and KSI—who have a combined 40 million YouTube subscribers—wing punches at each other, U.K. residents had to pay a one-time fee of £9.95 to watch the event. As Give Me Sport notes, Sky Sports usually charges £19.99 for its boxing productions.

But still, that didn’t motivate people in the U.K. to wake up at 5 a.m. to purchase the fight.

The first bout between KSI and Paul—which occurred in 2018 in Manchester, England—drew more than 1 million viewers on YouTube who also paid about $10 for the event. On the DAZN USA YouTube channel, five videos that either previewed or showed replays of the rematch have more than 24 million views. So obviously, there was interest in these two non-fighters fighting.

For what it’s worth, it’s also difficult to compare U.K. PPV numbers with those that come from the U.S.. Though boxing permeates the culture more in the U.K., the U.S. has a population that’s five times bigger. Yet, you can compare the YouTube fight with other U.K. PPV performances to get a sense of how poorly it did.

It’ll be interesting to see if Matchroom Boxing puts more YouTubers on its fight cards in the future. Hearn has floated the idea, and Jake Paul, Logan’s younger brother, reportedly was told he could fight on the undercard of an upcoming event. Last month, a Matchroom Boxing spokesperson told me there was no update on Jake Paul fighting.

“You don’t realize the audience these guys have,” Hearn said after the fight. “They brought our sport to reach new ground and reach new territories, new demographics and new markets.”

If that’s the case, most of the U.K. apparently didn’t notice.