The LA Clippers Do Not Have A Size Problem 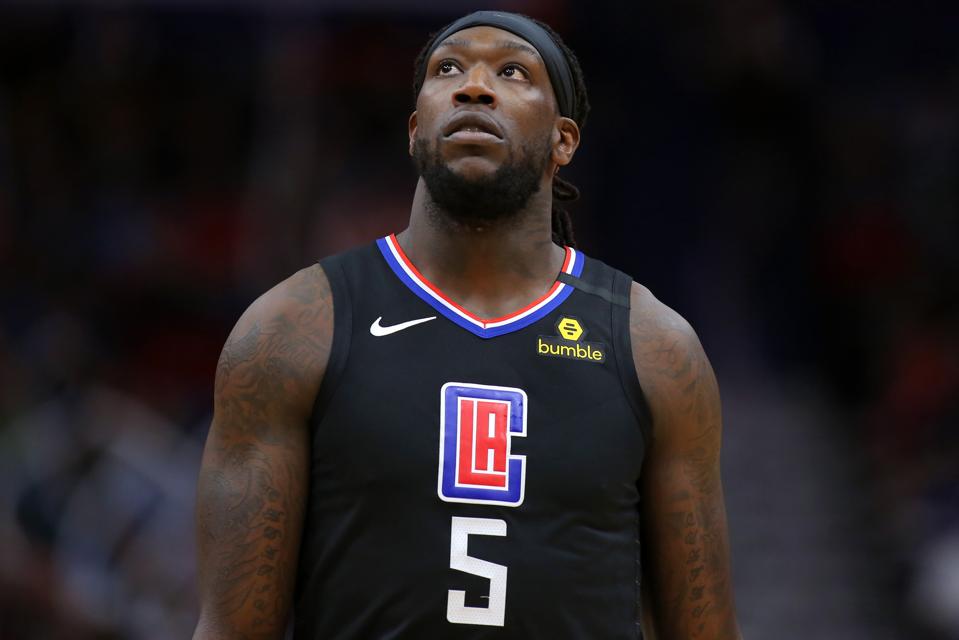 NEW ORLEANS, LOUISIANA – JANUARY 18: Montrezl Harrell #5 of the LA Clippers reacts against the New … [+] Orleans Pelicans during a game at the Smoothie King Center on January 18, 2020 in New Orleans, Louisiana. NOTE TO USER: User expressly acknowledges and agrees that, by downloading and or using this Photograph, user is consenting to the terms and conditions of the Getty Images License Agreement. (Photo by Jonathan Bachman/Getty Images)

The Clippers may be a smaller team, but that hasn’t stopped them from playing like a big one.

Much has been said about the LA Clippers’ size. They like to play extreme small ball off the bench with Montrezl Harrell, and JaMychal Green. Harrell is a 6’8” center, and Green is a 6’8” combo center/forward. The team also has a more conventional 7 foot center in Ivica Zubac that starts games. Due to their unique rotations, analysts have constantly stated that size may be a problem for the Clippers. However, the team has collectively excelled in a manner in which a ‘big’ team does. They rebound the ball, get second chance points, score in the paint, and defend the paint. All of that comes from a total team effort, including players like Kawhi Leonard and Patrick Beverley.

Make one thing clear, the Clippers do not underperform in the rebounding department. In fact, the team is 3rd best rebounding team in the NBA, averaging 48.2 a game. The only two teams that are better at rebounding are the Milwaukee Bucks, and Brooklyn Nets. The Clippers’ rebounding percentage is also fourth in the league. In contrast, many analysts like to talk about the size of the Lakers. That same Laker team is 15th in rebounding.

On the defensive side of the glass, the Clippers are a top 10 team at limiting second chance points. They rank 8th overall, with only a .1 point differential separating them from 6th place.

Points In The Paint (8th Overall)

Defensively, the team is ranked 6th overall at limiting opponents’ points in the paint. Again, this is a better defensive number than their ‘big’ Laker counterpart. The Clippers may be a smaller team, but they can both score and defend like a big one.

This could be considered the scariest category for the Clippers. However, the team does a good job at making a collaborative effort in guarding big men. Let’s take a look at the average performance of some of the NBA’s best big men against the Clippers.

LA has yet to play against Joel Embiid, nor do they have a large sample size against Nikola Jokic though. Regardless, the numbers don’t lie against the centers they have played more games against.

What is it that a ‘big’ team is supposed to do? A ‘big’ team is supposed to dominate the boards, defend the paint, get second chance points, and make life harder against other big men. If you were to check off these categories, the Clippers literally fulfill all of them. There are no fluke outlier categories for the Clippers, they legitimately perform in every department. They aren’t getting lucky, it’s happening nearly every game for LA. So the next time someone says the Clippers have a size problem, take a look at the numbers. To quote Patrick Beverley, ‘Men lie. Women lie. Numbers don’t.’

Transcript of The Biggest Social Media Trends to Watch in 2020

Transcript of Building Stronger Connections with Colleagues and...

Dusty Baker Will Be The Triage The Astros...