Breaking
The Ordinary Taxpayer’s Guide To The Extraordinary Story...
Disputed Immigration Policy On Foreign Students Uses Flawed...
Rival Independent ‘Oversight Board’ Formed By Facebook’s Rivals
Meet George The Poet: Spoken Word Artist Partnering...
Parrot Plumage Color May Be Linked To Body...
Best Applicant Tracking Software
Recent Precious Metals Dip A Buying Opportunity
Looking For Venture Capital? Here’s How One 50+...
Trump Will Create More Debt Than Obama
Growing Your Retirement Money Using 401(k) Dollar-Cost Averaging
Wellness Exec Abby Miller Levy Partners With Venture...
Microsoft Teams Issues Strike To Zoom With Tidal...
What’s Coming For The S&P 500 In October
4 Ways You Can Showcase Empathy With Your...
A $22,000 Microsoft Surface Will Soon Be For...
Zooming In – Should SMEs Invest In The...
Home Business The Lakers’ Next Roster Upgrade Isn’t Worth The Headache
Business

The Lakers’ Next Roster Upgrade Isn’t Worth The Headache 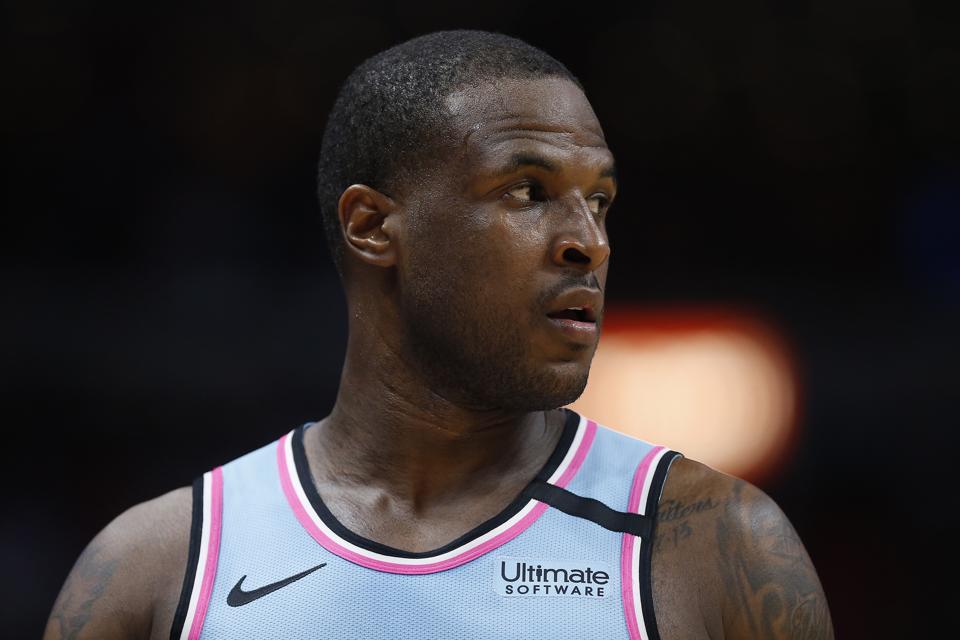 The Los Angeles Lakers are reportedly considering Dion Waiters who was waived recently after being … [+] traded from the Miami Heat to the Memphis Grizzlies. (Photo by Michael Reaves/Getty Images)

The Los Angeles Lakers are sitting LeBron James on Thursday evening against the Golden State Warriors. Go ahead and freak out if you like.

I choose to believe (READ: Hope) that the team is giving the old man a night to rest up against at team that is moonwalking smoothly to the lottery. To that end, getting another player to take on some minutes down the stretch sounds like just what the doctor ordered to prevent a groin strain turning into a groin catastrophe.

With nary a playmaker and ballhandler available at this point, the Lakers are keeping their options open as an important date approaches.

Dion Waiter’s name has surfaced, usurping the likes of J.R. Smith and Moe Harkless as players previously rumored to be Lakers bound.

“League sources have told me that free agent guard Dion Waiters will meet with the Lakers on March the 2nd,” Haynes said during the broadcast. “There is some familiarity with the Lakers and Dion. Dion used to be repped by Rob Pelinka, the General Manager and President of the Lakers, so, there’s that, and LeBron James also played with Dion in Cleveland.”

This will be the parties’ second recent meeting, turning things up a notch from casual to steamy in the rumor department.

Waiters is a lifetime 34.8% three-point shooter and was knocking them down at a 37.7% clip for the Heat last season. In three games this season Waiters splashed the deep ball to the tune of 47.1%.

But that was for all of three games. More on that in a second.

After James and Anthony Davis it’s pretty scary to conjure up who is going to be the x-factor scorer in a seven-game series.

Waiters has about as many team suspensions as games played this season. He was initially given a team-sanctioned timeout for conduct unbecoming a role player, whining on the bench and not showing up to a mandatory weigh-in.

There was also social media gaffes and a run-in with potent THC gummies, which exacerbated issues with the Heat. He was subsequently included in a haul to the Grizzlies in the Andre Iguodala trade and was then waived making him a free agent.

Personal issues aside, the Lakers would also have to worry about having another player on the court that can shoot but doesn’t necessarily get other players involved.

After acquiring Markieff Morris, the Lakers’ major need now is a playmaker to truly allow James to load manage with a glass of wine in hand until the playoffs.

As it were, the Lakers roll out Avery Bradley to start the games and then sprinkle in Rajon Rondo and Alex Caruso at the one. Danny Green and Kentavious Caldwell-Pope get minutes at the two. But it’s all muddy anyway because LeBron is actually the team facilitator.

There would also be a learning curve. Morris’ first foray with the Lakers was a bit wonky after his own hiatus. There were a couple of defensive miscues that will get ironed out as he is incorporated into rotations.

Waiters has played in all of three games and did so about a month ago. Getting him acclimated will be tough, especially if there aren’t minutes.

The Lakers can wait on Waiters who doesn’t seem to be attracting all that much interest. As Marc Stein reminds the Lakers market of suitable free agents is relegated to those who have been released or waived by March 1. Waiters can be added—he was already waived— at any time after that and be good for the postseason.

However, with a team so cohesive as this one, you want to solidify the final-push roster now rather than toss a possible problem into the locker room.

This is one of the rare occasions when Rob Pelinka can take his time to decide if adding a player is worth it. I say it’s one move too many.