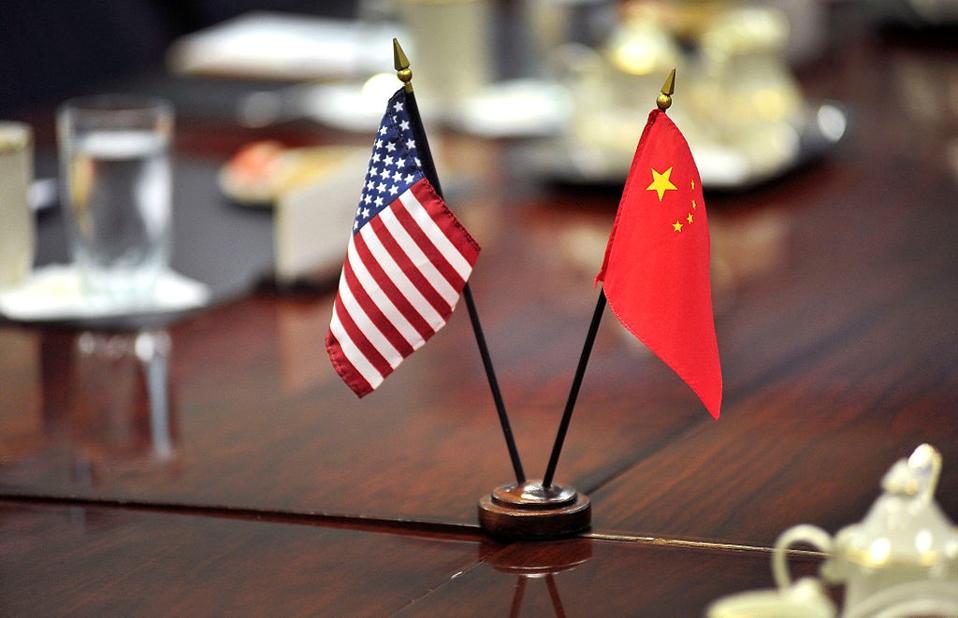 US Department of Defense

The trade debate between the United States and China has been hard fought by both sides since the beginning of 2018. Flash forward to the spring of 2019, and the U.S. began to place restrictions on Huawei to limit its ability to purchase needed components from U.S. manufacturers for many of the products it produces. National security concerns tied to the U.S. telecommunications infrastructure and its allies have been cited while Huawei has continued to attempt to provide transparency through published software development tool kits and cybersecurity centers in its home of Shenzhen as well as Brussels.

Recently, new restrictions have been discussed in Washington regarding foreign companies that use U.S. semiconductor fabrication equipment to supply Huawei. These measures would require the issuance of licenses by the U.S. government before companies such as Taiwanese semiconductor producer TSMC could deliver silicon solutions to the Chinese information and communications technology giant. I would like to examine the perspectives on both sides of the debate and provide my insights into what may unfold longer term.

It’s no secret that China excels at low cost manufacturing and has lower labor costs, and many would agree that this has given it an upper hand in producing cheaper goods relative to other nations. However, China doesn’t have the same capability in semiconductors today for the production of enterprise and telco grade networking solutions. This is abundantly apparent given its absence as a nation within the top ten companies in the sector by revenue. If the U.S. continues to place pressure on China through entity blacklists and a lack of access to U.S. fabrication equipment, Huawei believes the end result will likely be the creation of a Chinese supply chain alternative. Bloomberg indicates this is already happening with a $29B state-backed fund. This may take several years to materialize, but Huawei has demonstrated a growing capability to design and develop silicon solutions that span its Kirin and Balong platforms for 5G, Ascend for artificial intelligence (AI), and Kunpeng that the company claims is the highest performance Arm based server CPU.

Huawei also wholly owns HiSilicon, a fabless operation located near its headquarters that serves as a base for its semiconductor operations. The capital investment would be significant to bring a full fab up within HiSilicon, likely in the tens of billions of U.S. dollars, but Huawei has a demonstrated track record in making huge investments in research and development (R&D). Case in point, the company claims an $85B investment in its research efforts over the past decade. The Chinese government is also seeding its domestic semiconductor market with substantial capital aimed at a goal of producing nearly ¾ of the silicon Chinese companies require by 2025. In the short term, Huawei might also turn to other foundries in Taiwan such as United Microelectronics (UMC) and Vanguard International Semiconductor (VIS) in a search for manufacturers that don’t use U.S. fabrication equipment. China’s biggest challenge is to find leading alternatives to US chipmaking equipment but I should note more lagging node semiconductor manufacturing isn’t an issue in China.

Under the current U.S. administration, there have been repeated concerns raised by U.S. government agencies about Huawei’s connection to the Chinese government and the fear that CCP could use Huawei gear to spy on non-Chinese consumers and governments. Although accusations of “back doors” to facilitate surveillance and espionage have not been empirically detailed and communicated in public, there are past reports tied to Huawei’s infringement of intellectual property and the sale of restricted technology to state sponsors of terror. The latter was captured in this recent Reuters news article. I also suspect that in the interest of national security, details of U.S concerns may never come to light in the public domain as full disclosure would reveal how the information was obtained. The recently formed “Team Telecom” as a result of a presidential order issued on April 4th, 2020 is another element of a U.S. full court press to ensure the security of domestic networks. Its process is designed to advise the FCC on law enforcement provisions and granting of licenses to foreign controlled entities.

It’s also no secret that the U.S. government views 5G as a strategic lever to be pulled in an effort to boost transformative services in support of manufacturing, transportation, logistics, and healthcare among other applications. Given the potential economic impact, this has been driving a number of initiatives in Washington to investigate the ability to source cellular networking infrastructure and wean dependence away from companies such as Ericsson, Nokia, and Samsung that are widely deployed today in 4G LTE networks as well as new 5G rollouts with AT&T, the new T-Mobile, and Verizon.

The ongoing trade debate between the United States and China has been rife with accusation and conjecture. I don’t profess to have access to all of the details despite the extensive time I spend with networking infrastructure providers globally, but my hope is that both sides can come to some level of mutual agreement.

I firmly believe that these decisions aren’t being made lightly in Washington given the macroeconomic impact. Barring U.S. companies from supplying Huawei is resulting in not only a loss of short-term revenue for semiconductor equipment providers such as Applied Materials, Lam Research, KLA Corp, and Teradyne, but also stalwarts Broadcom, Intel, Micron, and Qualcomm. Today, many of these companies derive less than 5% of their revenue from Huawei, but the long-term effect of a Chinese supply chain alternative could also equate to a smaller addressable market for the U.S supply base as other Chinese tech OEMs would likely start buying Chinese. It could also impact the U.S. semiconductor sector’s ability to add engineering resources, deploy new fabrication processes, and invest in R&D given a smaller revenue base. However, with that said the U.S. technology sector has a proven track record in resiliency and finding new pivots and paths to market.

Intellectual property protection should be a given as well as provisions for a level playing field for multi-national company expansion. Telecommunications and networking are vital to any nation’s security given it connects energy grids, financial markets, emergency services, healthcare and critical manufacturing among other sectors. As a consequence, Huawei has been at the center of the U.S. conversation given its size and capabilities to provide next generation 5G infrastructure. The company claims that its annual global supply chain spend is north of $10B with a resulting economic impact of creating 50,000+ American jobs. Those are substantial figures by any measure.

Politics and security concerns aside, I hope things are settled given the financial impact will be felt on a global scale.

Why Are Rich Americans Getting $1.7 Million Stimulus Checks?