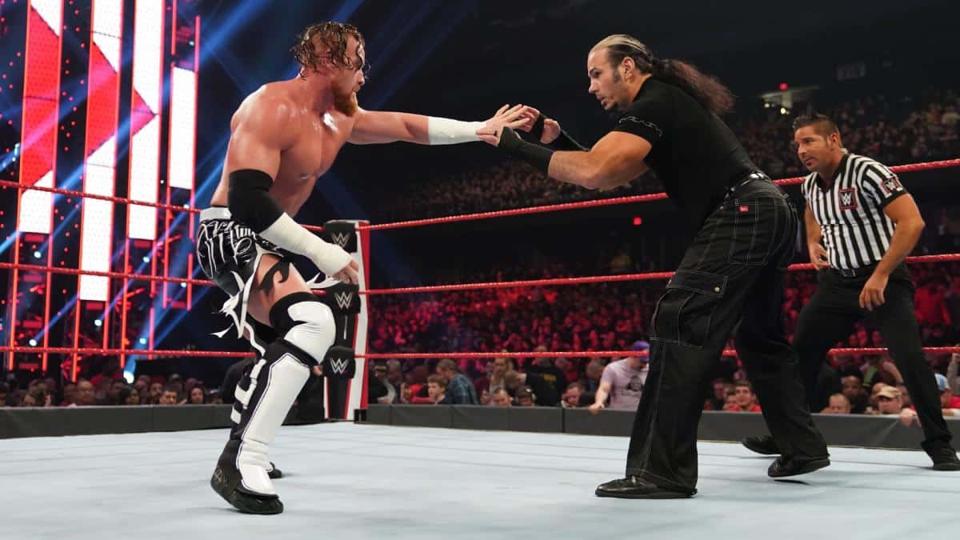 WWE is on the verge of a potential mass exodus of dissatisfied stars and those with expiring … [+] contracts.

Of course, 2019 has been a disappointing year for WWE not just in terms of poor storylines but also in terms of unrest backstage, which has created an atmosphere that many WWE stars simply can’t wait to leave. It’s well known that WWE has been plagued by morale issues throughout much of the year, which have only worsened in recent months due to a wide variety of issues. At the heart of it all is the fact that so many superstars are misused, underused or overlooked that many of them cannot wait to leave WWE either ASAP or when their contracts expire, whenever that may be.

That problem hasn’t been exclusive to the main roster, either. As it’s essentially become common knowledge that many WWE stars want out so they can join AEW–a number that would reportedly “blow your mind”–the same is also true of NXT stars, who are fed up due to the lackluster pay and “broken promises” about what their future in the company holds. Thus, it isn’t all surprising that the list of disgruntled superstars who are looking to leave the company reads about a mile long. The following superstars alone have publicly requested their release this year:

Earlier this week, WWE surprisingly granted the release requests of Harper and Sin Cara and also released The Ascension, marking a shocking turn of events at a time when WWE has typically shied away from releasing superstars.

Not every unhappy WWE superstar has used Twitter as an outlet to publicize his release request, though, as some other stars have reportedly asked for their releases privately. That list includes popular names like Rusev (who is negotiating a new deal and has become a “top priority” in WWE) and The Revival (who still haven’t re-signed after requesting their release and rejecting a new deal) while lower card stars like Oney Lorcan—who has since said he re-signed with WWE but apparently hasn’t actually inked that deal—have reportedly done the same. Up until this week, WWE hadn’t been inclined to grant superstar releases due to fear that they’ll end up in AEW or elsewhere, but WWE is apparently changing its stance on releasing its disgruntled stars. WWE’s new train of thought is that it will now consider releasing those unhappy stars if company officials feel like they won’t be a major asset to AEW or that if keeping them around will negatively affect backstage morale.

Tom Colohue of Sportskeeda adds that more WWE stars may ask for their release as a result, though it isn’t clear which stars might do that:

That almost assuredly means that lower tier performers will be more likely to ask for and get their release than, say, a Seth Rollins or even someone like Ricochet. But it isn’t just enhancement workers or rarely seen superstars who could possibly depart WWE soon.

A number of other marquee stars–some who’ve been used well recently and some who haven’t–have been linked to potential WWE exits as well. Perhaps the biggest name is Rey Mysterio, who’s fresh off a lengthy WWE title feud with Brock Lesnar but has a unique contract clause that could allow him to opt out of his deal prior to WrestleMania 36. Though Mysterio has clear connections with AEW (having wrestled on the AEW-predecessor show ALL IN), the widespread expectation is that he will remain in WWE because the company could have major in-ring plans for his son Dominick. Mysterio has spent a lot of time discussing a new deal with WWE, however, and as someone who’d be an instant main eventer in AEW, he’s no lock to remain with WWE.

That is also true of Matt and Jeff Hardy, whose contracts are set to expire early next year depending upon how much “injury time” is added to Jeff’s contract due to his lengthy injury-related absences over the past couple of years. When it comes to the Hardy Boyz, Jeff has always seemed to be more of a priority for WWE and has had considerably more success as a singles star, but it remains to be seen what WWE will do with the all-time great duo given Jeff’s recent legal troubles and Matt’s recent tease that he could be leaving WWE soon. Matt and/or Jeff would be a natural fit in AEW given their storied history with The Young Bucks and other former ROH stars who are currently working for AEW, while Matt’s contract is up in February and he reportedly wants a firm commitment that he will be used “properly” before re-signing.

WWE will almost assuredly do all it can to prevent the Hardy Boyz from leaving the company, but it may have its work cut out in trying to retain other stars as well. The rumor mill has been abuzz that Asuka and Kairi Sane, who are currently holding the WWE Women’s Tag Team Championship, may be seeking their possible WWE exits as well. Meanwhile, Elias’ contract expires early next year, and that is one scenario to keep an eye on as Randy Orton mentioned him in an Instagram post earlier this year in which “The Viper” teased that several WWE stars could jump ship to AEW.

If WWE doesn’t re-sign those stars, it won’t be for a lack of effort, but soon, the company will be dealing with a serious issue of potential superstar departures as more contracts near their expiration dates and superstar unhappiness remains a major problem.

‘Fortnite’ Chapter 2, Week 10 ‘Stretch Goals’ Challenges Revealed And How To Solve Them

Get Amazon Out Of Your Hair! Quit Selling...

Kazutaka Miyatake On Studio Nue And The Birth...

This New England Startup Is Developing An Analyzer...

What To Watch This Week: ‘My Brilliant Friend,’...