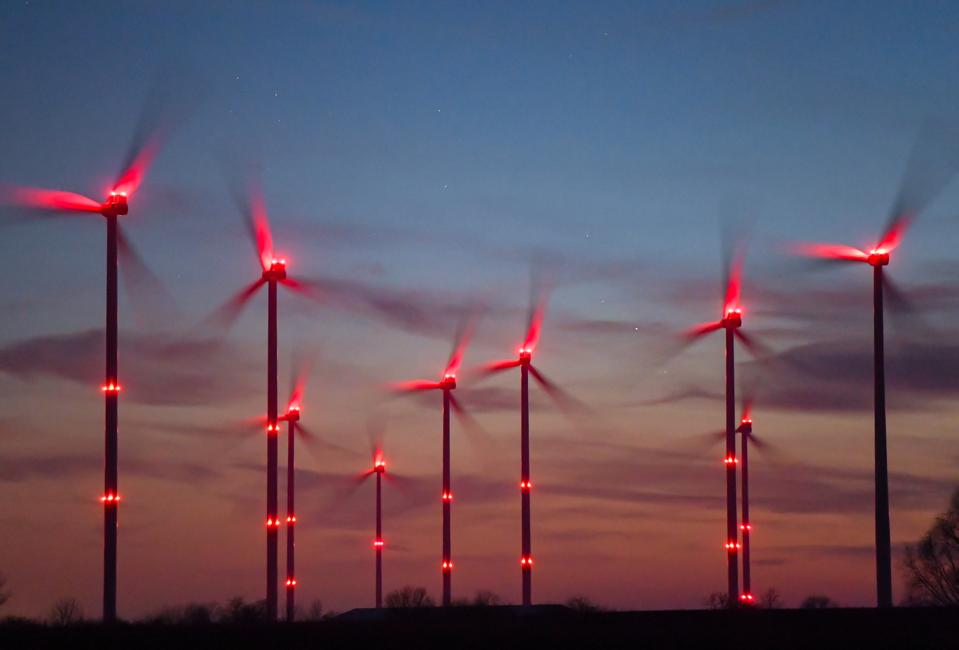 What does 2020 hold for the low-carbon economy? Every year, the clean energy analysts at BloombergNEF predict what will happen in energy, transport, commodities and sustainability over the next 12 months.

While companies and investors are more committed to a cleaner future than ever before, governments still have the capacity to accelerate – or impede – their progress and so November’s US presidential election will have major implications for the speed of decarbonization globally. This year’s round of UN climate talks, to be held in the UK at the end of this year, could also be crucial, if it succeeds in prompting countries to focus on how they will achieve ‘net zero’ emissions by 2050.

Emerging markets are starting to introduce more green policies, particularly affecting the deployment of renewable energy. Recently, two Indian states have toyed with introducing retroactive cuts in tariffs for wind and solar, while in Mexico, President Andrés Manuel López Obrador. “As parts of Europe demonstrated in the early 2010s, this sort of action can wound investor confidence – and slow the pace of deployment,” the research team says.

But we are seeing climate change itself affecting the political environment, as events such as the wildfires in Australia grip the public imagination. “Might 2020 be the year when a major developing country emitter is visited by a climate event that prompts greater urgency from its policy-makers?” BNEF asks.

Last year, global investment in renewables rose by just 1% to $282.2 billion, the group reports, with a late rush of offshore wind deals helping to offset a sharp slow down in China’s solar market and continuing cost reductions in wind and PV equipment.

“This year, I expect world renewables capacity investment to edge a little higher once again, reaching about $300 billion” says BNEF chief editor Angus McCrone. “It will be helped by increased financing of European offshore wind, further strong flows into US wind and solar, and more widespread deployment of projects without any long-term power price support set by governments.”

New wind and solar capacity could exceed 200GW for the first time, he adds. The group predicts a record year for onshore wind, with 69GW of new capacity . This will be driven by a rash of projects in the US to beat the expiry of the tax credit regime, but demand will also be strong in China, Sweden, Norway and Spain. However, offshore wind will have a calmer year after a record 2019, before picking up again for the rest of the decade. However, 2020 could be the year that the first commercial floating offshore wind project is financed, says Tom Harries, BNEF head of wind, while the size of offshore turbines continues to grow.

Installed capacity in solar is set to grow about 14% in 2020 to 121GW-154GW range (from about 121GW in 2019), with many projects now being built without direct subsidy. In Europe, the market for subsidy-free solar projects selling directly into merchant power markets will grow more than threefold to about 4.7GW while the market in China will rebound thanks in part to “subsidy-free” PV projects that receive a feed-in tariff set at the current local price of coal power.

“Despite that, we expect consolidation among the roughly 300 solar manufacturers active worldwide,” says Jenny Chase, head of solar.

The energy storage market will go from strength to strength this year, with more than $5 billion of renewables-plus-storage projects set to be announced globally. “Falling energy storage costs, coupled with the ongoing adoption of renewable energy in key markets, will encourage co-location at an unprecedented rate,” says Logan Goldie-Scot, head of clean power research.

The US is leading the way thanks to a federal Investment Tax Credit (ITC), which offers a credit of up to 26% for solar-plus-storage projects. In China, developers are also testing renewables-plus-storage projects in response to expected stricter grid integration requirements, while the technology is starting to make inroads in Europe, the Middle East and Africa.

Electric vehicles will continue their steady, rather than spectacular growth – by the end of the year, there should be 10 million EVs on the road, up from just 1 million in 2015. However, many markets are actually seeing sales slow as incentives are phased out. “We expect global passenger EV sales to come in at around 2.5 million for 2020, up about 20% from 2019,” says  Colin McKerracher, head of advanced transport. “China will still be the largest EV market in absolute terms, but the gap between China and Europe will look a lot smaller by the end of the year.”

This will be driven by EU CO2 targets, which mean automakers need to sell a lot more EVs in 2020 and they are releasing a raft of new EV models this year. US sales are expected to be flat, with the outcome of the election set to make a huge difference in EV sales from next year onwards. A Democrat victory could turbocharge sales, while if Trump prevails, the US market is likely to continue to lag behind Europe and China.

BNEF expects the big oil to continue to roll out emission reduction targets in the face of increasing investor and consumer pressure, with laggards such as ExxonMobil and Chevron likely to be lobbied to join rivals such as ConocoPhilips and Eni, while European groups BP and Equinor may join Total, Shell and Repsol in setting targets that include emissions from the products they sell as well as those from their own operations.

The industry is also likely to step up its acquisitions of , and investment in, digital and renewable technology projects. This includes more solar-powered refineries and wind-powered offshore oil platforms, which will help big oil to reduce their direct emissions.

By the end of 2020, the number of companies that have set science-based decarbonization targets will have jumped by well over 100% from 2019’s total of 754, says Jonas Rooze, head of sustainability research. “Signups to the Science Based Target initiative have doubled every year since it started in 2015, and 2020 will be an extra-big year thanks to the many companies with expiring 2020 targets. The combined market capitalization by 2020 will exceed $25 trillion, compared to $14.5 trillion today.”

This marks an important shift in emissions reductions targets from what companies think is possible to a focus on what is needed, increasing the rigour of such targets.

There will also be an increased focus on the circular economy in 2020, and this will start to have an impact on a range of markets. In particular, the price of scrap plastic is set to rise, having plummeted when China stopped importing other countries’ waste, a move that has been followed by a number of other Asian countries.

The market is starting to recover as consumer goods companies such as Coca-Cola, Unilever and McDonald’s put targets in place to increase the amount of their packaging made from recycled materials.

Handicapping The Future Of Financial Markets

Black Santas Level Up At Malls As Retailers...

Can You Afford Not To Buy These Brilliant...