Breaking
What You And Your RTO Business Need To...
4 SEO Trends for Websites You Should Not...
3 Reasons Why Desk Booking Is Rising In...
8 Tips to Play & Win at Online...
How can software benefit facility management?
Do Professional Casino Players Pay Taxes for the...
Becoming a Trading Expert: What Is the Best...
Dos and Don’ts for B2B Organisations in 2022
Should your business be using Machine Vision?
Colour Masterbatch vs Raw Pigments – Which Is...
Keeping your business moving as you expand online
Top Four Celebrities Who’ve Invested In Cryptocurrency
Why is Cloud Computing Tipped to be the...
How to Raise Money for Non-profit Organizations in...
Choosing the right theme for your WordPress Business...
A Guide to Using Celebrities to Promote Your...
Home Finance The Market Is For Drunken Poker Players
Finance 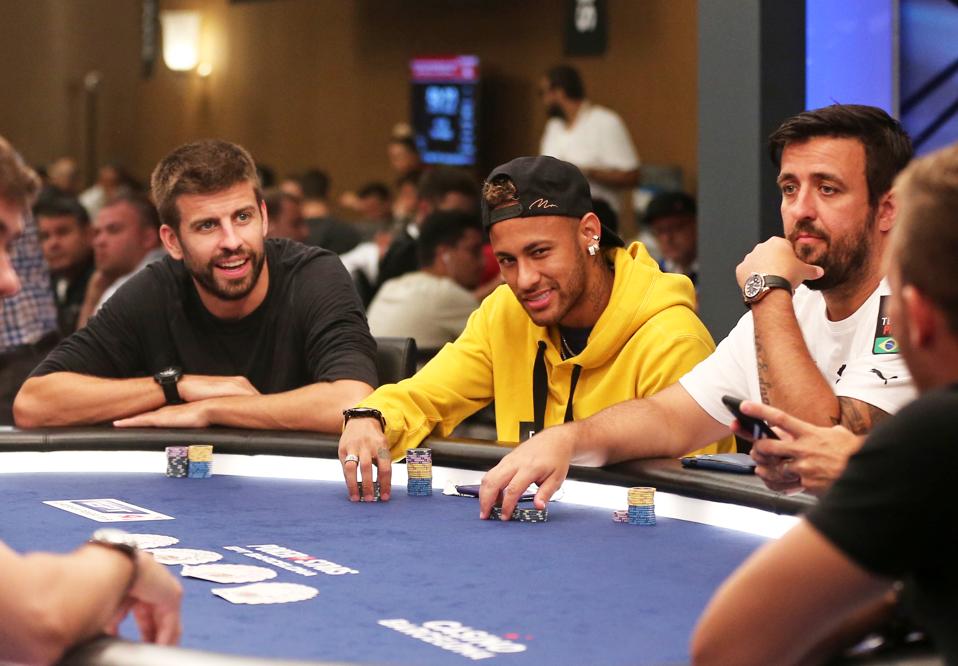 How operate in a panic-prone market? We’re seeing 10% or higher intraday swings, both ways in big capitalization sectors like energy, financials and technology. Daily swoons and soars hit General Motors, Exxon Mobil, Citigroup, Amazon and United Technologies. Understandable for Boeing, but AT&T, too? The swing in wounded airlines and gaming casino properties is a daily event.

I can’t project the size of financial aid packages for Ford Motor, General Motors and Boeing, but it’s in tens of billions. Tech meanwhile, carries ample free cash flow even after their enormous R&D spend-up to 15% of revenues for Facebook and others.

Into a harsh recession, you’d want to own the biggest and best properties with competitive primacy just so long as you don’t overpay. I’m talking about Microsoft, Amazon, Alibaba, even Apple. Not Boeing. Bank stocks have been destroyed, but it’s premature to build earnings models in an environment of low interest rates and prospective loan deficiencies and defaults.

If you believe oil futures snap back to $40 a barrel you can buy Exxon Mobil with a yield over 10%, currently. This is a management that thinks in decades. I’d be surprised if they schmeissed their payout barring a long bear market in oil pricing.

AT&T, yielding 7%, is a stand-in for high-yield bonds, but challengeable in a serious recession. Consider, it yields more than single B debentures.

I like inefficiently priced stocks, once finding the handle to appraise them. DISH Network is my kind of stock because I think the value of its spectrum is worth more than the market value of its stock which ticks at $21. I see low thirties as potential valuation if it builds out its spectrum franchise profitability.

Meantime, so called investment grade stocks like Coca-Cola did sink into the sunset, latest 12 months. Its price-earnings ratio still looks high at 20 times earnings power. An entire group of big industrials like United Technologies, Honeywell International, Dow Chemical and Caterpillar are questionable in a recessionary setting. As for industrial ragamuffins like General Electric, Ford Motor and U.S. Steel, I see nothing but rough sledding ahead in terms of Ebitda coverage and earnings.

Ironies abound:  Widow and orphan stocks have turned deadly, starting with AT&T. The 7% yield didn’t limit downside, off its high by 25%. Exxon shows no price stability, down 60%. Pfizer has turned into a yield stock, at 4.9%, down a third from its 12-month high.

Coca-Cola, still selling at a premium to the market, dropped a third, JPMorgan Chase, down 40%. I could go on and on, but you get the idea. Contrastingly, Amazon eased just 15%, Alibaba and Apple dropped 20%, but Alphabet was weaker. In short, there was nowhere to hide. Stocks like Halliburton, out of phase, sold down near its option value six months ago.

From such tales of woe emerges an operating point of view. First, pundits, money managers and economists are luxuries with no present value added. The Street’s analysts mainly live in a dream world of shuffling earnings numbers, while holding to high price-earnings ratios on iffy-future earnings. I’d ask to see their tax returns before following any of their recommendations. Wealth managers, if they kept to a 60/40 ratio of equity to debt for their clients can be called on the carpet for such a cavalier non-response to financial markets’ reality. I am at a 30% equity exposure, but still feel like a dumb bunny.

Ironies upon ironies! Amazon, one of a handful of relatively good performers, actually is impossible to analyze using a sharp pencil. Jeff Bezos toys with his analyst fraternity. His guidelines are worthless. Unless you believe email revenues here and abroad soon show Walmart kind of operating-profit margins, you don’t belong in the stock. Cloud computing is a noteworthy earner, but nowhere near able to carry the company.

If banks remain potentially lethal and the Coca-Colas and Pfizers of the world won’t work, where hide? Well, first, get to your sleeping level:  One-third each in stocks, bonds and cash. Then, wait and see how the country gets through its shut-in ordeal and whether the bail-out capital for the Boeings of the world proves sufficient.

My memory is long lasting. Citigroup’s management performed a deep reverse split in 2009 to keep their stock from selling at a buck. Bank of America’s preferred stock ticked at $5 until Warren Buffett’s capital infusion was put in place. Even AT&T is the walking wounded.

I’d like to see the federal stimulus package at $4 trillion, not $2 trillion which is under 10% of GDP. What you do appreciate is trillion-dollar market caps, starting with Apple and Amazon, carry redundant capital on balance sheets and show surplus operating cash-flow numbers. Avoid challengeable capital constructs like banks, labor-intensive industrials, airlines and hotels. I want to own Walt Disney for a comeback but it’s too early. Price-earnings ratios still look too high for my tastes in healthcare where balance sheets remain healthy.

All this is bear market talk, but still persuasive. So, I dug a trench three feet deep and plopped down in it, face-up. Then, I began to mumble:  Why not buy half a dozen ragamuffins? If your entry point is right, you’ll log serious money. How about MLPs? There’s gaming casino paper, like Wynn Resorts that more than halved. Halliburton is down to six bucks, its year ago option value. There’s Teva Pharmaceutical at seven and change. General Electric ticks at $7 and Ford Motor at a five-dollar bill.

Plenty to pick from after shedding my cowardly lion costume. First answer when the insanity of the Russian-Saudi face-off in oil overproduction is resolved? If not, keep hands in your pockets. It’s premature to value big capitalization stocks on normalized earnings power. Sadly, the leading indicator is the world’s death toll in the pandemic.