The Most Inspiring Immigration Stories Of 2019 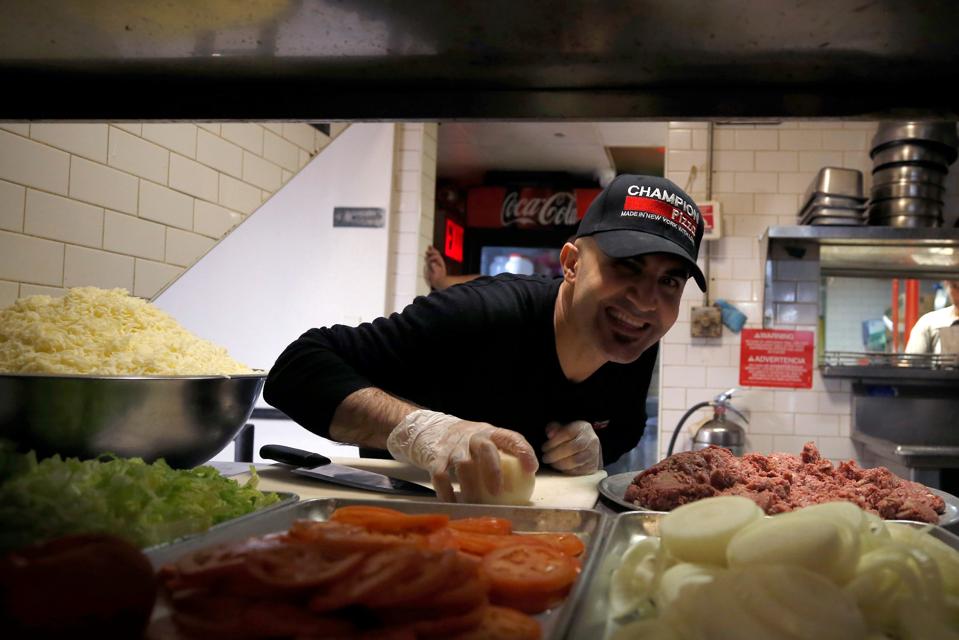 The Immigrant Restaurant Owner Who Helps the Poor and Homeless: Pakistani-born immigrant Kazi Mannan is the owner of Sakina Halal Grill in Washington D.C. “If someone says I need a free meal . . . Okay,” said Mannan. On a daily basis, he feeds any homeless or poor person who enters his restaurant and asks for help. In 2018, he gave away 16,000 free meals. “Once upon a time, I was in a similar situation where I didn’t have enough to eat. . . . When you uplift another human being it’s a beautiful thing.” (The National Immigration Forum has brought attention to Kazi Mannan and the stories of other immigrants.)

The Indian-Born Astronaut Who Continues to Inspire: Sixteen years after her death, Indian-born immigrant astronaut Kalpana Chawla continues to inspire young people. Chawla graduated from Punjab Engineering College and came to America as an international student, earning a master’s degree and Ph.D. in aerospace engineering at the University of Texas at Arlington and the University of Colorado Boulder. She became an American citizen, and NASA selected her into the astronaut program.

In 1997, she became the first woman of Indian origin in space. Chawla and six crew members died on February 1, 2003, during her second mission, when the space shuttle Columbia disintegrated during reentry. “She was different and she was special from her childhood,” said Banarasi Lal Chawla. “As a father, all I did was not to clip her wings. She wanted to fly, I just let her fly.” 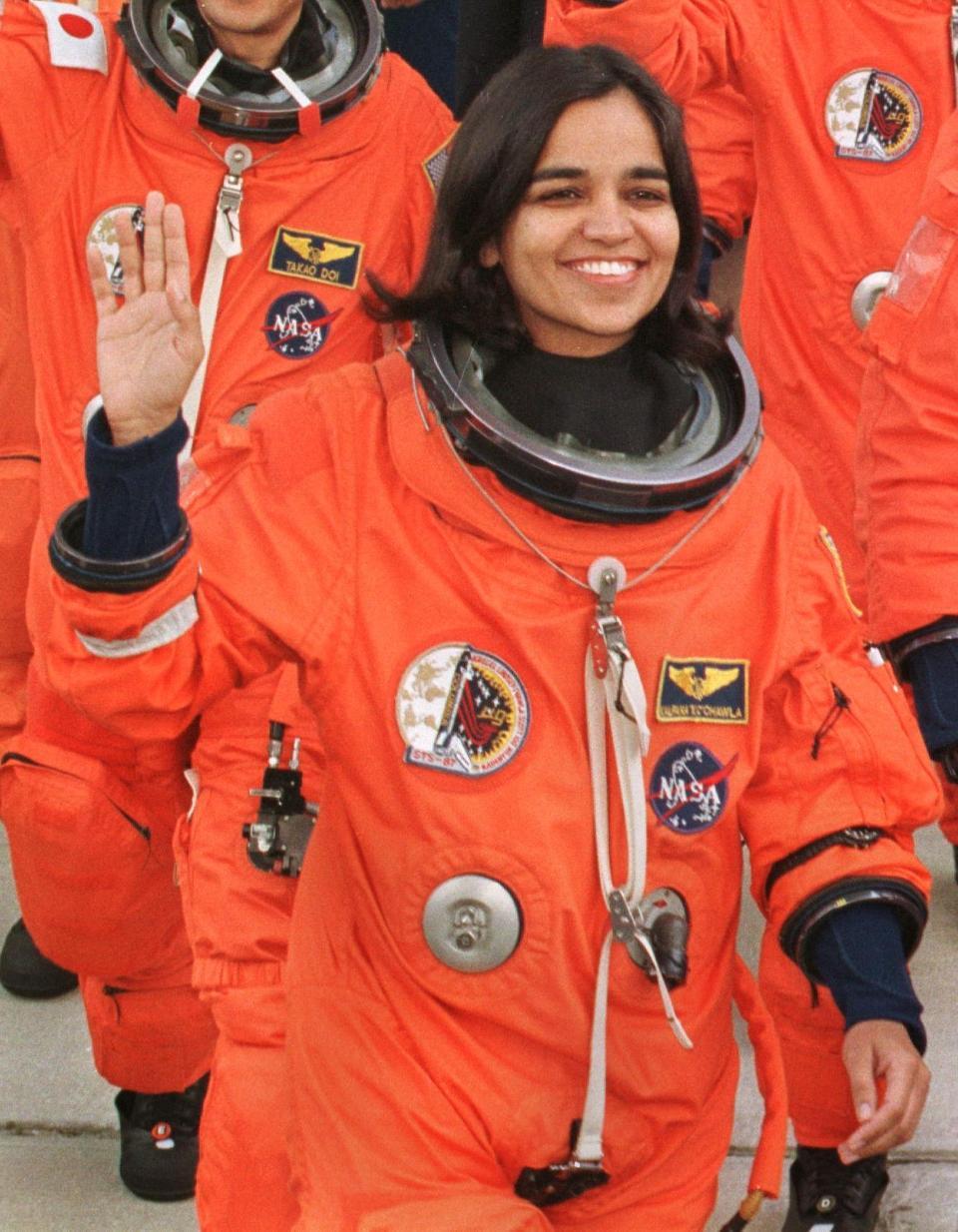 The Immigrant Law Professor From a Country Not Known for the Rule of Law: One of the weakest arguments offered against immigrants is that rather than assimilate into the democratic traditions of America, they cling to the oppressive governing traditions of their birth country. Such arguments fail to recognize that the reason many people leave their birth country is to raise their children in a land that values freedom.

Ilya Somin, a law professor at George Mason University, immigrated to the United States from the Soviet Union with his parents as a child. He grew up to be a fierce advocate for liberty. In a June 2019 article in Reason, he marked the 40th anniversary of his family’s arrival in America. “At its worst, America is susceptible to the same types of ethnic, religious, racial, and nationalistic prejudices as all too many other nations,” writes Somin. “But at its best, it is the nation where freedom and opportunity can be yours regardless of who your parents were, or where you where born; the nation where immigrants are accepted more fully than in almost any other.” 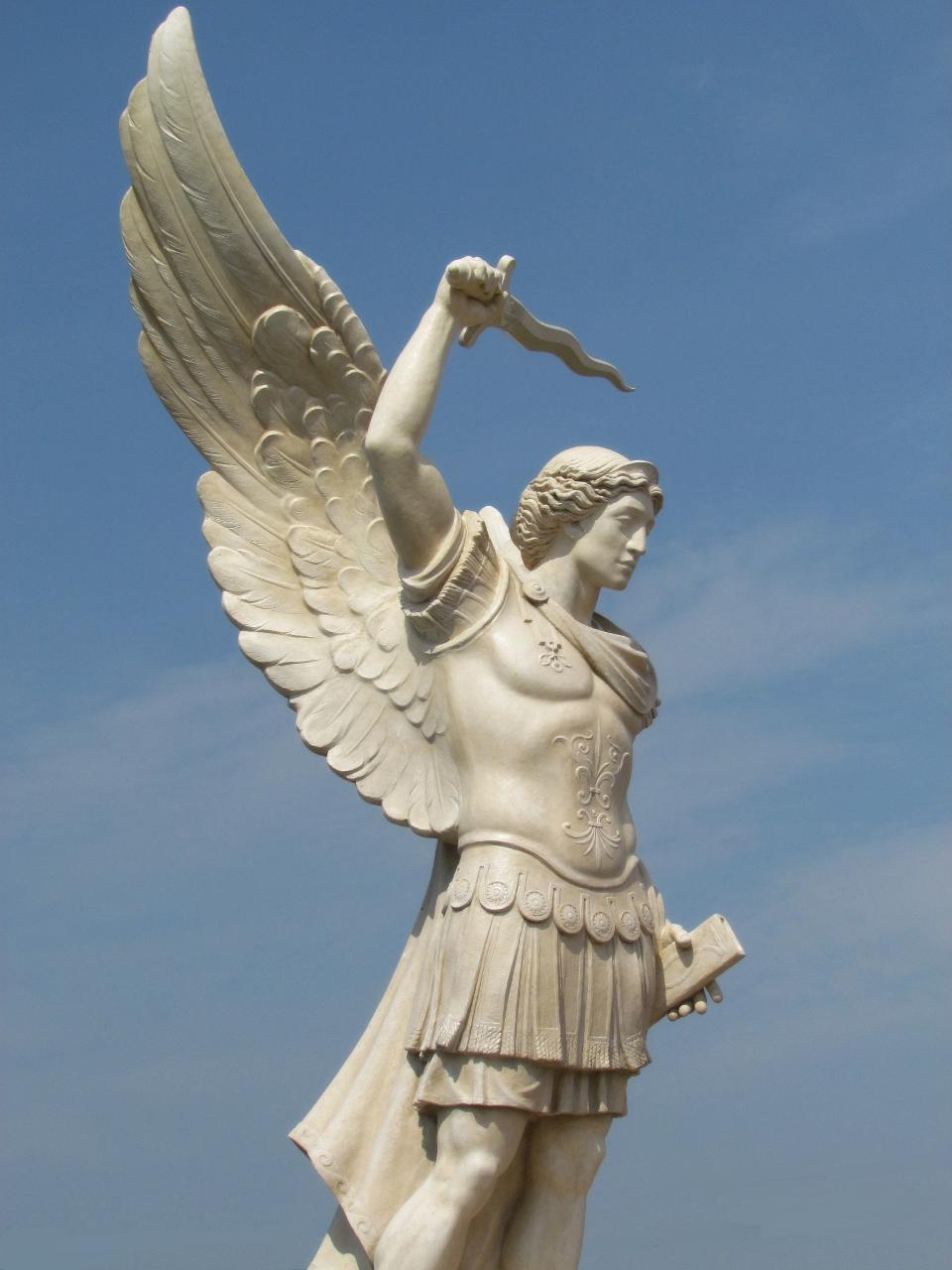 Alex Tsalikhin’s sculpture of Saint Michael the Archangel to honor American law enforcement and law … [+] enforcement who have fallen in the line of duty.

The Refugee Sculptor Who Wanted A New Life in America: Alex Tsalikhin (known as Sasha) came to the United States from the Soviet Union with his wife and child about 12 years after Ilya Somin’s family. Sasha arrived in America as a refugee and “used his artistic talent to earn a living.” Although he had no experience starting a business in the Soviet Union – entrepreneurship was prohibited when he lived there – Sasha has started three companies in the United States, including a record label and A-Cast Studio, which specializes in creating architectural and sculptural elements for building interiors and facades.

He produced a 17-foot sculpture of Saint Michael the Archangel to honor fallen American law enforcement and military personnel for the Patriots and Heroes Sculpture Park in Williamsville, New York. Sasha has enjoyed the beauty of America – he has visited or hiked in half of the 50 states – and the country’s rich cultural offerings. “When I came to America, I started to go to rock concerts almost immediately, to catch up on what I was missing,” he said in an interview.

The Doctor, Pizza Entrepreneur and Chess Champion Pursuing Their Dreams: Anisa Ibrahim languished in a refugee camp in Kenya before coming to America from Somalia as a 6-year-old refugee. Today, she is a doctor. “There are millions of refugees right now who are not being given the opportunities that I have been given,” said Ibrahim. “And if they were, they would do incredible things.”

Hakki Akdeniz, a Kurd born in Turkey, immigrated first to Canada and then the United States. His journey was not easy. For a time, Hakki lived in a homeless shelter but saved up the money for an apartment. He learned how to make pizza and earned enough money to purchase a pizza restaurant. He now owns 7 pizza restaurants and has 3.5 million followers on Instagram. “Eventually he started a weekly food and clothing handout on a stretch of sidewalk on West 34th Street,” reported Michael Wilson of the New York Times. “He also regularly distributed pizzas to the homeless in Chinatown and the Lower East Side, becoming known among them as the ‘pizza guy.’”

New York Times columnist Nicholas Kristof highlighted the story of Tanitoluwa (Tani) Adewumi, whose family fled Nigeria, “fearing attacks by Boko Haram terrorists on Christians such as themselves.” The family has applied for asylum in the United States. The 8-year-old Tani entered and won the 2019 New York State chess championship in his age group (kindergarten to third grade). His father hopes the family will be allowed to stay in America. “The U.S. is a dream country,” Tani’s father told Kristof.

Helping Refugees and Asylum Seekers: Not all the positive immigration news in 2019 came from immigrants themselves. Some opponents have tried to taunt supporters of refugees and asylum seekers by arguing, “Why don’t you let them stay in your home?” That is what Canadian Jim Estill and Arizona grandmother Marianne Moriarty have done.

“Jim decided he would take matters into his own hands – he would spend 1.5m Canadian dollars ($1.1m; £910,000) of his own money bringing Syrian refugees from the Middle East to his home city of Guelph, Ontario, some 60 miles west of Toronto,” reported the BBC. “He was able to do this thanks to a Canadian scheme called the Private Sponsorship of Refugees Program. Introduced 41 years ago . . . allows private citizens to welcome and settle refugees in Canada. The catch is that they have to commit to covering the expenses of the new arrivals for the first year. So Jim paid for an initial 50 Syrian families to relocate to Guelph (population 135,000). Putting some up in his own house.”

In Phoenix, Arizona, Marianne Moriarty opened up her home as well – to asylum seekers from Central America. “It is 9:30 a.m. on a Thursday, and Marianne Moriarty is heading to Safeway to pick up milk, cereal and cold drinks for guests she’s never met and who may or may not be coming to stay with her,” begins an April 2019 article by John D’Anna of the Arizona Republic. “She would prefer they be mothers with children, though the first time it was a father and son. It really doesn’t matter. She won’t say no to someone who needs her help. If they do come, she’ll feed them pizza for dinner and cereal for breakfast. It’s not much, but it’s what she can afford as retired Catholic school English teacher.”

Support for Immigration at Record High Levels: One would think negative rhetoric and restrictive immigration policies would lead to historic levels of animosity toward immigrants. The opposite may be the case.

“Even as they acknowledge immigration as one of the nation’s most pressing problems, Americans still view immigration positively in general, with 76% describing it as a good thing for the country today and 19% as a bad thing,” reported Gallup in June 2019. “Since Gallup first asked this question in 2001, no fewer than 52% have affirmed immigration’s value, with the current year’s figure the highest to date by one point. Notably, two-thirds of Americans who identify immigration as the most important problem still believe it is a good thing for the country.”

Groundbreaking Research Shows Immigrant Families Have Succeeded Throughout U.S. History to the Present Day: Whether the lives of immigrants and their children improve over time has been a central question in the debate over immigration. Through remarkable research, Ran Abramitzky (Stanford), Leah Platt Boustan (Princeton), Elisa Jácome (Princeton) and Santiago Pérez (UC Davis) concluded the answer to that question was “yes.”

“New research linking million of fathers and sons dating to the 1880s shows that children of poor immigrants in America have had greater success climbing the economic ladder than children of similarly poor fathers born in the United States,” writes Emily Badger in the New York Times. “That pattern has been remarkably stable for more than a century, even as immigration laws have shifted and as the countries most likely to send immigrants to the United States have changed.”

Professors Abramitzky and Boustan explained the results: “No matter when their parents came to the U.S. or what country they came from, children of immigrants have higher rates of upward mobility than their U.S.-born peers. What’s more, their rates of mobility today are strikingly similar to rates of mobility in the past.”

The research and the inspiring stories of many immigrants are worth remembering as we move into what is sure to be a contentious year on immigration in 2020.