The Most Potentially Awkward Aircraft Seat Gets A Cold Reaction Online

Several years ago, Southwest Airlines tried to roll out seating in economy where passengers faced each other.

The feedback was not great, and unsurprisingly, the seats aren’t around today. Less long room and interlocking leg room with strangers did not get overwhelmingly positive feedback.

Each year there seem to be new ideas that are proposed for seating on aircraft, however, those with a relatively short memory will recognise that many proposed ideas are in fact previously proposed iterations. 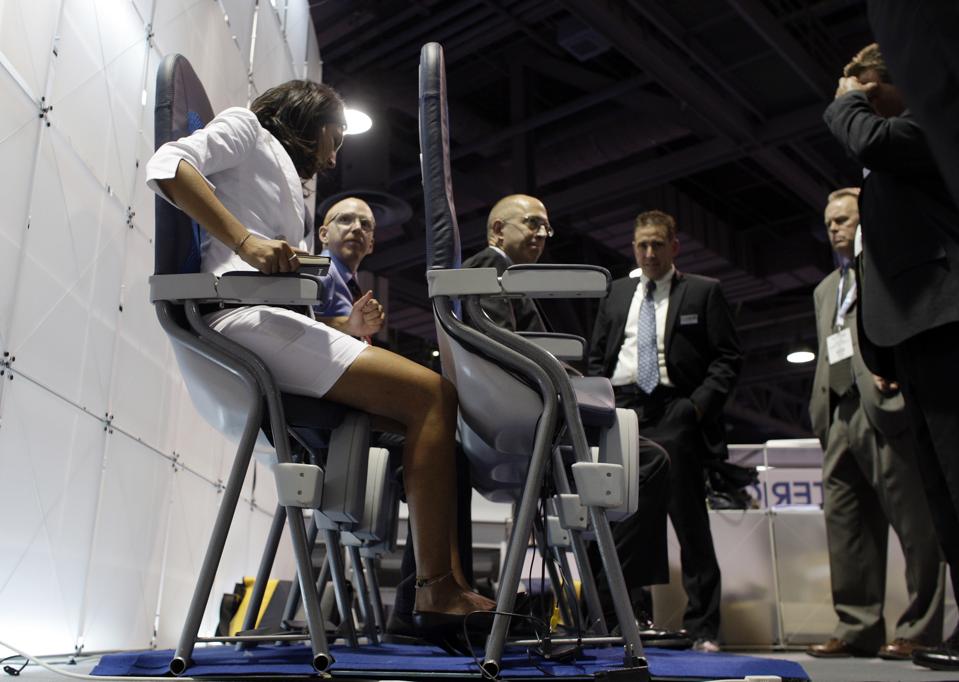 Vendors and exhibitors try out the new SkyRider seats by Aviointeriors at the Aircraft Interior Expo … [+] at the Long Beach Convention Center. The seats are designed with only 23 inches of space between them and have a saddlelike design. (Photo by Gina Ferazzi/Los Angeles Times via Getty Images)

The Skyrider “standing seats” were proposed back in 2018 as I previously wrote about. However, standing seats have long been touted on aircraft, as have train-style facing family seats.

The Skyrider seats would reduce legroom from 28 inches to just 23 inches, with passengers seated as if they were in a horse saddle.

Unfortunately, most of the proposed designs are rarely good news for passenger comfort and are largely brought about to increase the amount of seats airlines can fit into an aircraft. 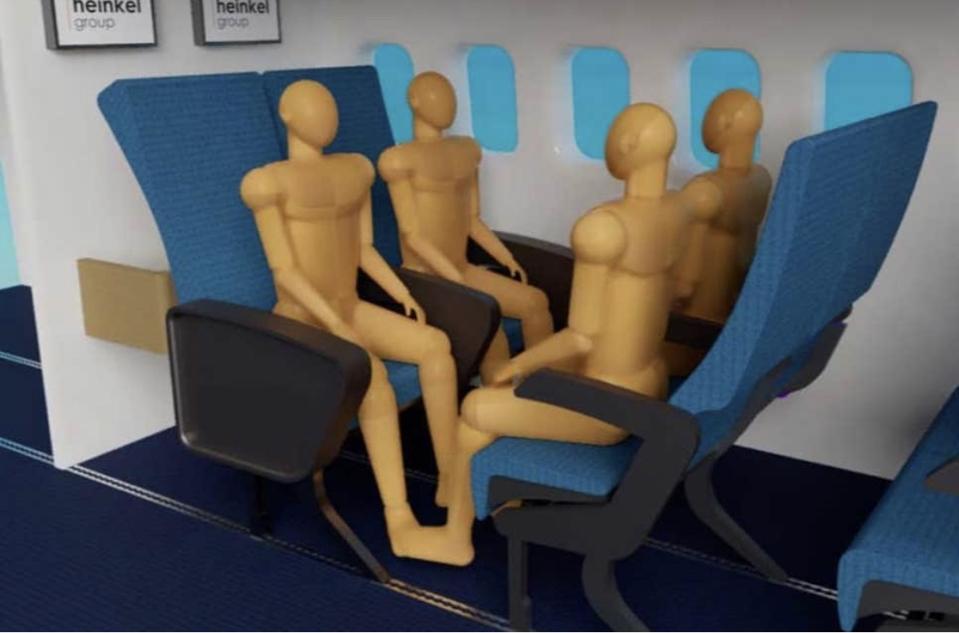 The latest “Flex Lounge” seat proposed by the German company Heinkel Group is designed to allow … [+] “families and groups of friends to have an affordable privacy space during flights.”

The latest “Flex Lounge” seat proposed by the German company Heinkel Group is designed to allow “families and groups of friends to have an affordable privacy space during flights. The backrest of the first seat row can easily be moved by the flight attendants to create a communal space for a group of four people.”

However, aviation enthusiasts took to Twitter to give their feedback about the proposed designs.

@jeevesReggie commented “Worst. Idea. Ever.” Not mincing his words the twitter used claimed the company should be “shut down for incompetence and idiocy.”

@tuesdayvodka wrote “In an alternate universe whoever came up with this would be considered a genius. Thank god we don’t live in that reality.”

@IrishIceSP went one step further and said “Heinkel Group needs to launch whoever is responsible for this straight into the sun or a nearby active volcano. NOOOOO!”

Admittedly, it was very difficult to find positive feedback on the seat concept, however, the seats would only be available and configured by the crew post-take-off. It remains unclear whether seats could be potentially sold in this configuration to strangers or whether it would just be family and friends traveling together.

Our Home Supercluster, Laniakea, Is Dissolving Before Our Eyes

How To Be Your Own Hype Girl

6 Powerful Ways To Build (And Maintain) Your...