Breaking
The Impact of Internships in Marketing
3 use cases of chatbots for critical services
How To Make Working From Home Appeal To...
Tips on How to Design an Office Space...
4 Tips To Help Build Amazing Customer Relationships
How Are US Pension Funds Responding to the...
Benefits of second-hand cars for your business
4 Reasons Why Your App Needs To Undergo...
Your Guide to Online Marketing
How to find a Solicitor in London
5 car tyre and safety tips for a...
Everything You Need to Know About Corporate Social...
Is Adaptive Leadership the Key to Motivating Employees?
Why business events are set to return with...
Business events set to return with a bang!
Expanding Internationally: 5 Things to Consider for eCommerce...
Home Business The National League West Division Boasts Two Of The The Finest Starting Pitchers In Baseball
Business 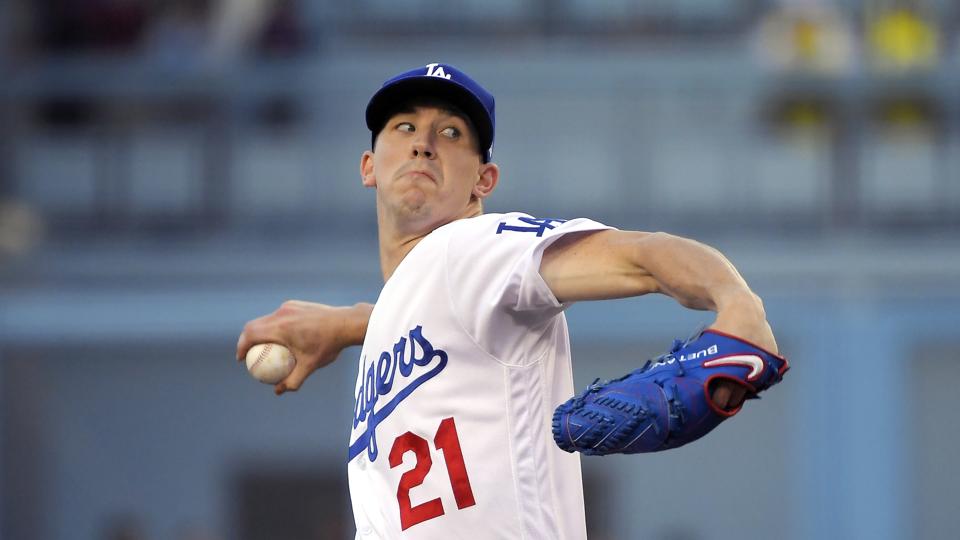 One of the greatest evolutions in the past several years in professional baseball has been the change in profile and the use of starting pitchers.

We not only still see the same type of crafty, deceptive pitchers that we have been used to watching in the past, but in today’s game we see power arms and amazing velocity from today’s crop of pitchers.

It is commonplace for every major league club to have a roster of pitchers capable of throwing 100 miles per hour. In the past, that wasn’t always the case.

In essence, a hitter can face a crafty starter who relies on deception and changing the eye level and balance of the hitter for six innings and then face a reliever bringing nothing but 98 miles per hour fastballs and 87 miles per hour sliders for the rest of the game. The velocity and pitch selection differences are tough adjustments for the hitter.

There are an abundance of very high quality pitchers working in today’s game. Two of the younger rising stars are typical of the modern starting pitching profile.

What makes them so good? In both cases, the two young pitchers command and control complete repertoires of pitches. They know the importance of throwing strike one-the most important pitch in baseball. They get ahead in the count. They are in control on the mound.

Paddack and Buehler both pitch in the National League West Division. Both are right-handed pitchers capable of finishing an at-bat with a timely strikeout. Both have endured Tommy John elbow surgery, and both have emerged from that procedure as high-impact starting pitchers.

Selected out of Cedar Park (Texas) High School, right-hander Chris Paddack was chosen in the 8th round of the 2015 draft by the Miami Marlins. Only one year later, in June 2016, he was traded to the Padres for reliever Fernando Rodney. It is a trade the Marlins would come to regret.

When he made his professional debut, Paddack dominated on the mound. Then in July 2016 Paddack was diagnosed with a torn ulnar collateral ligament (UCL) in his right elbow. He had Tommy John surgery on August 15 and missed the remainder of the 2016 season and all of 2017. It must be noted that he also had biceps tendinitis before his surgery.

It is difficult for an 8th round pick to gain the attention of an organization. Frankly, the club does not have as much financial investment in that round as they do in the first few rounds of the draft, where large bonuses are commonplace.

For a player like Paddack, his skill must stand out in his minor league development as opposed to a pitcher with a higher profile reputation at the time of the draft. Paddack, as an 8th rounder recovering from Tommy John surgery had to show the type of skill to separate himself from the rest of the pitchers in development. He had to stand apart from the organizational pitching roster to gain attention of the Padres brass and advance his career. Paddack has done just that.

Once he was recovered from surgery, Paddack made scouts and baseball analysts sit up and take notice. Yours truly, included. His story is even more compelling when one considers he signed his professional contract out of high school. He didn’t have collegiate experience against quality hitters to prepare him for a career pitching against the best hitters in the world.

Paddack uses an arsenal that includes three quality pitches. His fastball sits in the 93-95 miles per hour range with enough movement to be deceptive. He can hit 98 with ease. He also throws a superb changeup that darts and tumbles at ten miles per hour less, as well as a curveball. It is his fastball/changeup command and control that earns him a grade of 60 from this observer. His curveball continues as a work in progress. However, his velocity, command and control have all improved with time and experience. Working ahead in the count while being aggressive on the mound, Paddack throws strikes.

At the age of 24, when baseball resumes, Paddack will enter only his 2nd full big league campaign. He will likely be the club’s No. 1 starter to start the season. That’s a tremendous accomplishment for a pitcher as young as Paddack and with a history of battling elbow and biceps issues.

Right-hander Walker Buehler was originally drafted by the Pittsburgh Pirates in the 14th round of the 2012 MLB draft out of Henry Clay High School in Lexington, Kentucky. He chose not to sign a professional contract and instead went to Vanderbilt University. He was drafted by the Dodgers in the 1st round of the 2015, taken as the No. 24 player in the draft.

Buehler was drafted by the Dodgers even though the club knew he would need Tommy John surgery. He had the surgery in August, two months after the draft. He recovered in 11 months.

At Vanderbilt, Buehler had a sparkling 21-7 record over 41 starts in 51 games. He threw 253.2 innings and finished his collegiate career with a 2.87 ERA and 1.26 WHIP. The Dodgers deserve credit for drafting Buehler as highly as they did, even knowing he needed surgery.

Not every pitcher returns from elbow ligament replacement surgery equal to or better than before the procedure. Some lose their velocity or have to work really hard to regain their release point and delivery mechanics. Buehler emerged from surgery a top quality pitching prospect with solid mechanics and excellent velocity.

Now at the age of 25, Buehler will enter his 4th season with the parent club. He is quickly becoming one of the best pitchers in baseball. Last year, Buehler was one of seven big league pitchers to throw two complete games.

The Dodgers have a rich history of developing top quality pitching. For years, refining pitching prospects has been a priority of their development program. Buehler is no exception.

Buehler relies on a complete repertoire to approach hitters. He has thrown both his four-seam and sinking fastballs consistently between 96-98 miles per hour. He completes his arsenal with a slider, a cutter, a curveball and an occasional changeup. High velocity fastballs, with a bit of increased velocity from his collegiate days, set up his quality secondary pitches.

Buehler’s arsenal is so good, he can use any pitch at any count, with each pitch setting up the one to follow. A hitter can’t dig in at the plate, because he has to be ready for a wipeout slider or a wicked curve in addition to the blazing fastballs.

Buehler has superb command and control of that deep repertoire. So far, as part of the Dodgers starting rotation, Last year, Buehler struck out an average of 10.6 hitters per nine innings. He walked only 1.8 per nine. It is that ability to throw strike one and end an at-bat with a strikeout that sets him apart.

The Future For Paddack and Buehler

Once the 2020 baseball season gets underway, this writer looks for both Chris Paddack and Walker Buehler to be among the best starting pitchers in baseball. They are both capable of impact, All Star type performances as they distance themselves further from Tommy John surgeries.