The NBA Should Lean Into Experimentation If Play Resumes This Year 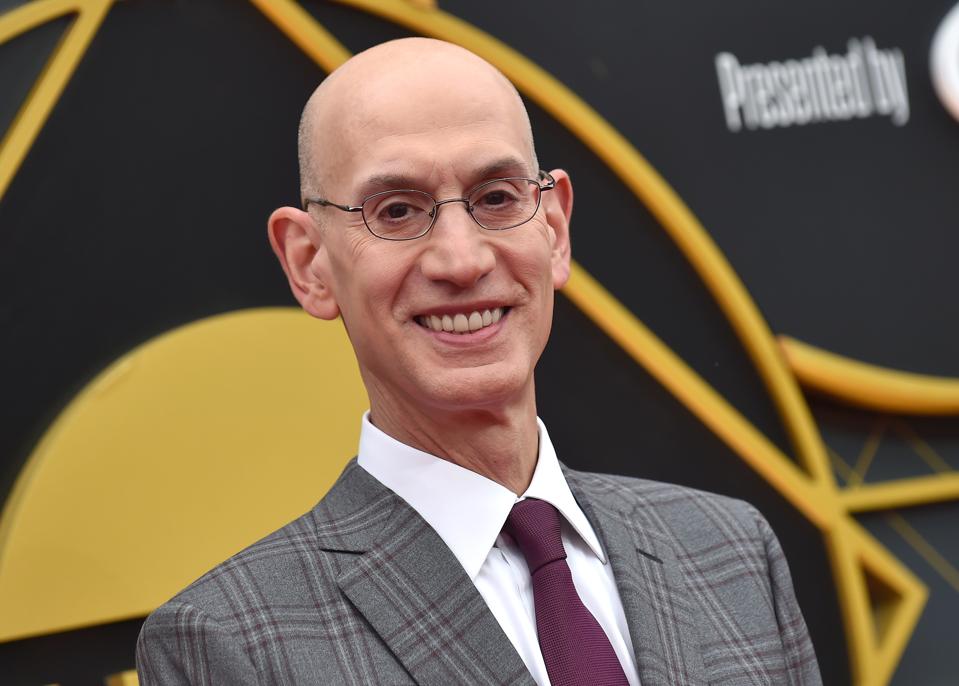 As you might have heard, the NBA suspended all play Wednesday putting the 2019/2020 season in limbo due to the outbreak of the coronavirus. Commissioner Adam Silver went on NBA on TNT Thursday evening where he, accurately, pointed out that the situation is a fluid one and no final call has been made on whether or not the NBA would return this season.

Should the league resume play, plenty of decisions will have to be made. Should the current record of teams stand, allowing the league to go straight into the playoffs, or should the regular season be played out, but at a later date, effectively extending the season into late summer?

The draft, free agency, and the summer olympics would all interfere in a pushed schedule, just as it would leave little time for teams and players to recuperate before starting the 2020/2021 season in October.

As such, the NBA should lean into the oddity that has been the current season which has included an earthquake during Summer League, a China scandal, the deaths of global icons David Stern and Kobe Bryant, and now the coronavirus.

In short: Nothing has been normal this year, so why not use that to test out new concepts? Instead of resuming the regular season, go straight into the much discussed play-in tournament to settle the final playoff spots. Implement the Elam Ending on a much wider scale in the post-season replacing it with overtimes.

Or, even crazier, maybe test out a Superbowl format for the Finals where, instead of a full best-of-seven series, it’s a one-off-winner-takes-all extravaganza. If nothing else, that would make for an interesting ratings test.

A one-off Finals game would raise questions. Where would it be played, as giving that game to either home team would give them an unfair advantage? Would owners balk at the idea based on the decreased income from going to a best-of-seven to one-game format?

These would all be fair questions and concerns, but given the nature of this particular season, that has been so unlike any season in recent memory, here’s a highly scientific argument for testing it out:

Why not? What could it possibly hurt at this point?

The NBA is a progressive league where innovation is a constant. The league, player’s union, and teams themselves are always spitballing ideas on how to change the format of the NBA in ways that make the product better, or at least more exciting to observers.

The February All-Star game, the latest example of innovation which introduced the Elam Ending, was met with great applause from both fans and players after a successful game that had drama, intensity, and plenty of defense – a rarity in All-Star context and something fans had been screaming about for decades.

Had it failed, and there was plenty of skepticism about the format from fans leading up the actual event, the NBA would simply have gone back to the drawing board for next year’s game. But it worked beautifully, proving that sometimes you just got to roll the dice on something.

With this season being as untraditional, and frankly tragic, as it has been, there is logic in basically putting the 2019/2020 season into a category of itself and using it as a testing ground of sorts. Yes, there’d be a huge asterisk to the champion of the season, likely the largest ever in NBA context, but that might be worth it for the league to simply test things out. Some teams will ultimately push back on installing a bunch of changes to end the season, in particular teams in the championship hunt who may feel shorted by a one-game Finals, and that’s understandable.

But what if, by going all-in on weird ideas for a glorious two-month, wild-wild-west testing period, the league stumbles over something that could improve the sport on a more permanent basis, starting from as soon as the 2020/2021 season?

The NBA is usually calculated and eases new concepts into their game over a long period of time as to not give their fans a culture shock. This is a sound and reasonable measure. However, this season has been anything but and fans could frankly use something new to get excited about, even if the NBA afterwards decided to go back to the regular format for future seasons.

Lean into the wildness, NBA. As we’ve learned, far too much this year, life is short.

Bitcoin Lost Roughly 50% Of Its Value In A Day

WWE Is Making A Huge Change To Its...

Why Are Michelin Starred Chefs Popping Up At...

The Hakone Agency And The Rising Tide Of...