Home Entrepreneurship The Need For Speed – Can 3d Printers And A Made To Order Model Help A Startup Break Into The Supplements Market?
Entrepreneurship

The Need For Speed – Can 3d Printers And A Made To Order Model Help A Startup Break Into The Supplements Market? 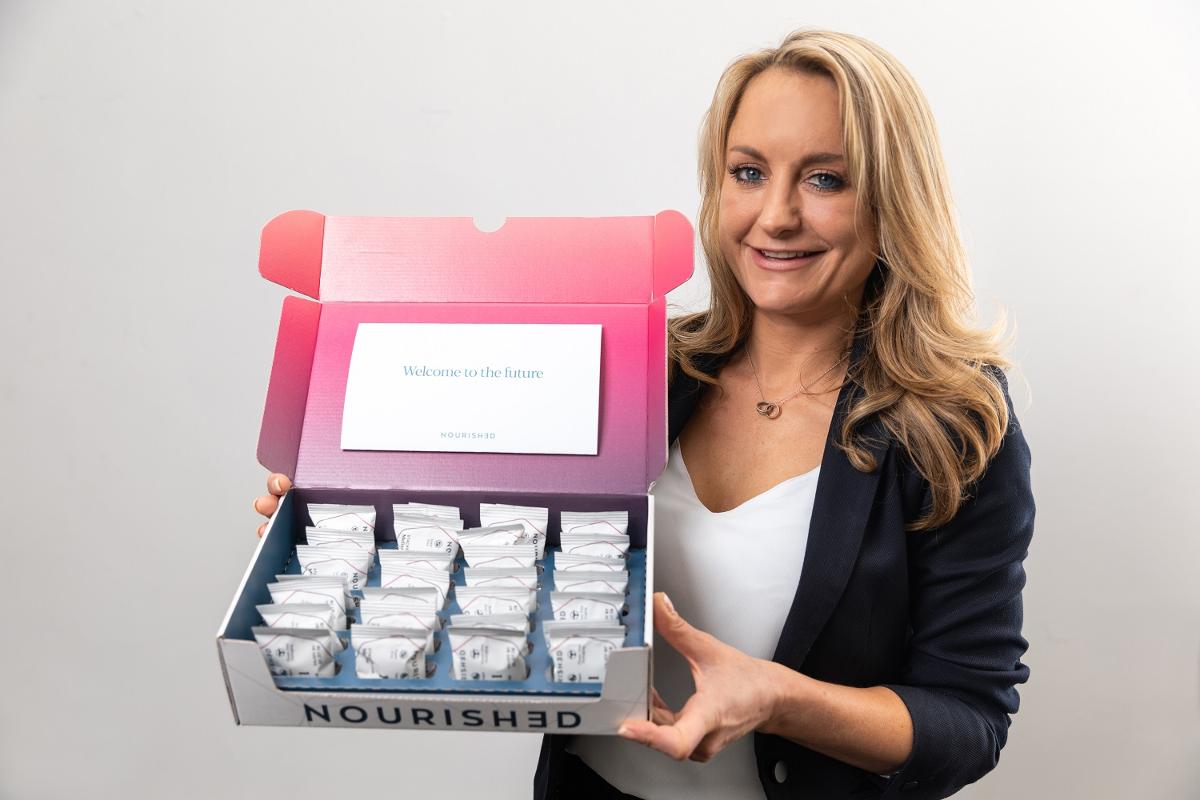 Is the global vitamins and supplements market a good place to lay out an entrepreneurial stall? It’s certainly a big playground – on target to be worth $194.6 billion by 2025, according to Grand View research – but it’s also a space where small companies can struggle to establish a footprint. Here in the U.K., the major players include businesses such as Sanofi, Pfizer, and Bayer – all of them in possession of king-sized market budgets and branding expertise.

But it’s not necessarily an impossible market – particularly if you can offer something different. That’s what Birmingham-based entrepreneur, Melissa Snover, has set out to do. Entering the market with a range of supplements under the Nourish brand, she is tapping into at least one key trend – a demand for vegan-friendly alternatives  – while also offering her customers products that can are manufactured on a just-in- time basis by 3-D printers, thus ensuring that they arrive fresh on delivery.

The choice of manufacturing technology means that consumers can – up to a point – select the supplements they require, which are then “printed” onto a gummy. Each piece of sugar-free candy can take up to 28 supplements as specified by consumer. This taps into another consumer trend – the demand for a personalized experience.

Is this enough to attract supplements users away from their favored brands, or indeed to attract new consumers into the market?

It’s early days, but the subscription-based service has gained some traction since launching in October of last year. “We’re growing aggressively,” says Snover. “At the moment, we have around 5,000 subscribers.”

That has created its own challenges. With the first few months of sales running ahead of expectations, the company is ramping up production. This involves building more gummy-making printers. There have also been new hires, including a chief marketing officer. Meanwhile, the company has gone out into the equity investment market in search of seed finance.

American-born Snover is something of a business veteran , having managed and/or owned a number of health and confectionery businesses, including Katjes Fassin and FTF Sweets. Nevertheless, raising finance – essentially for the first time – has been a learning experience. “I haven’t done this before,” she says. “In the past, I have always used my own capital.”

Nourish set out to raise funding after a lot of the heavy lifting had been done. Designing 3-D printers that could produce gummy sweets without creating a huge and sticky mess presented a design challenge, but one that was solved well ahead of the company’s relatively low key launch. And once in up and running, the technology enables the company to bring new ingredients into play quickly and cheaply. “Our capex for a new ingredient, is just £250,” says Snover. “And we can bring those new ingredients on stream within four weeks.”

The October launch provided time for the business to establish product/market fit before approaching investors . There was also a longer-term vision of breaking into the U.S. market and expanding into the 3-D printing of medicines. In theory at least, all was set fair. But as Snover confesses, before she could raise the required capital, it was necessary to get to grips with an unfamiliar investment ecosystem.

“The biggest issue that I encountered was that there were thousands of funds – and that can be baffling,” he says. “I just wish there was some kind of playbook that would not only list the VCs and investors but would also tell you what they were interested in.”

So time was wasted. Snover cites the example of contacting VCs who were ultimately only interested in deals of £5 million or more. “It was very frustrating,”  says Snover. “I just wish there was more info.”

Perhaps more surprising, Snover encountered a fair degree of obfuscation. “There was a lot of falsehood,” she says. “People would say one thing and do another. That’s something I haven’t encountered since high school.

Ultimately, Nourish secured £1 million in seed capital, mainly from angels and from one VC. She stresses the importance of choosing investors carefully,  stressing the benefits of bringing people on board who will either be proactively helpful or be content to let the management get on with things.

Nourish is still a small company in a market dominated by corporates. What it does have going for it is the agility afforded by 3d printers and the consequent ability to react to customer demand. It remains to be seen whether it can find its niche.

A Quantum Physicist Recommends The ‘Rule of Three’...

Why We Shouldn’t Ban Card-Only Businesses

Four Tips To Help Reduce Your Fixed IT...

Is Electric Flight Aviation’s Next Era Of Innovation?

Your Next Move In Employment Diversity: Early Talent...

How This Doctor Created An Education Empire From...